First thing I do once I go outside is throw the chickens a scope or so of feed in the mulch pen. They have feeders but they seem to like to scratch and eat off the ground the best. Throwing feed on the ground also makes sure all the chickens have a good chance to get some of the feed as compared to a chicken hoarding over a feeder not letting the others feed. 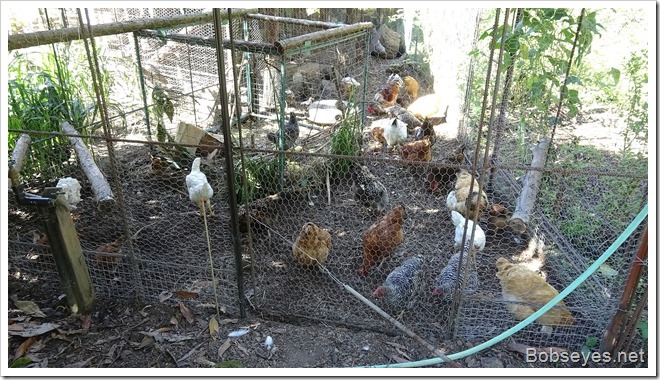 After that I checked the gate post to see how the cement is setting up. I decided to leave it one more day just to be sure it’s cured good. 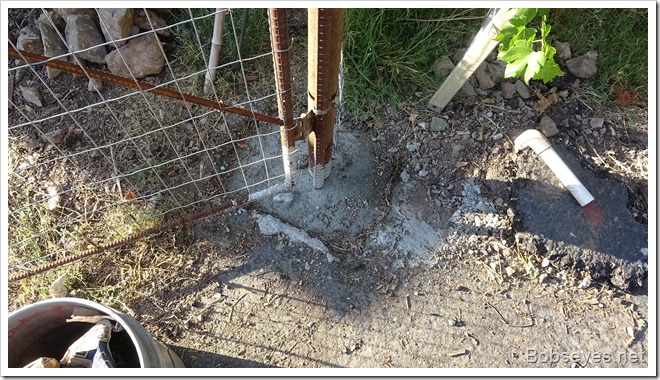 While checking the gate post I remembered the rodents that went across the wires over the gate last night at dark so I found some stuff to make some rodent stoppers and put them up.  I used a plastic lid and a piece of aluminum sheeting that looks like this when up and in place. That should stop them. 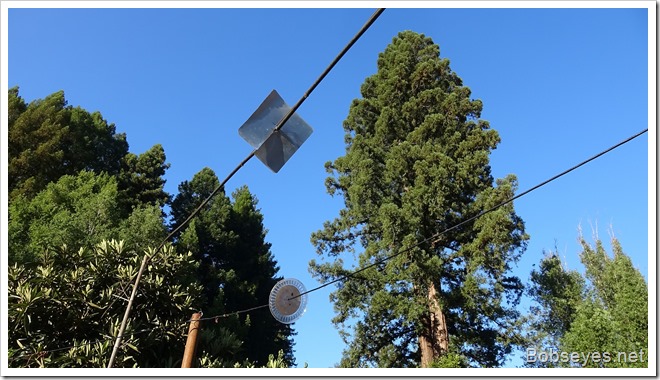 Next I cut some more nest spacers for the chicken nest as I want to make their nest boxes a bit smaller to see how they work out. I found some wood and cut what I needed. Since the chickens where using the nests right now to lay eggs I put that aside to  install later when the nests weren’t being used.

After a break or two I worked on the bulk head doing some more welding.

I’d noticed this metal leaning on a nearby post that wasn’t there a couple days ago and it was just what I needed for my bulkhead project. I think my brother Barry dropped it off for me. Where ever it came from, I’m using it. 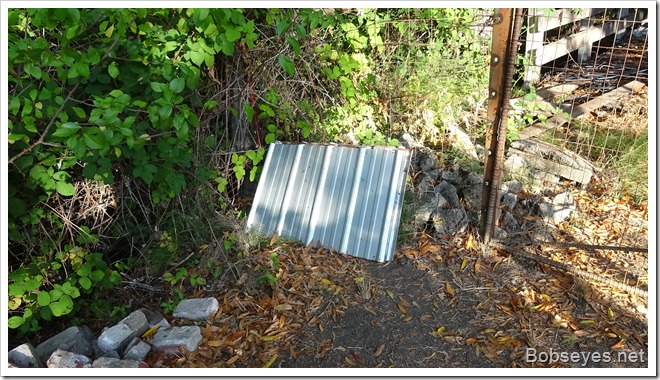 I tried a couple pieces out just to see how it might go and it should work real good. 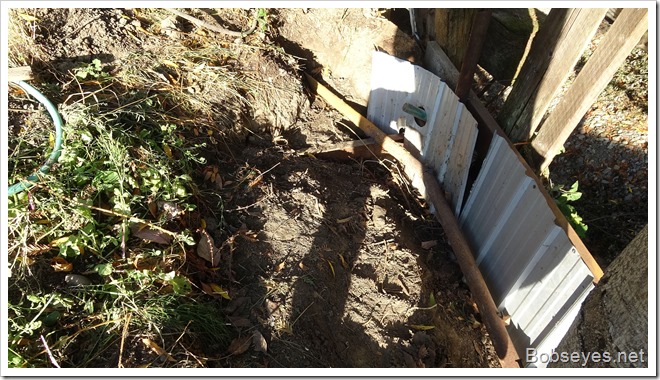 Watching for rats and mice

About the time it got dark I set a chair up under the wires where I saw the mice and rats cross last night to watch what might happen when they run into  my wire blocks. Just after sunset and nothing yet. 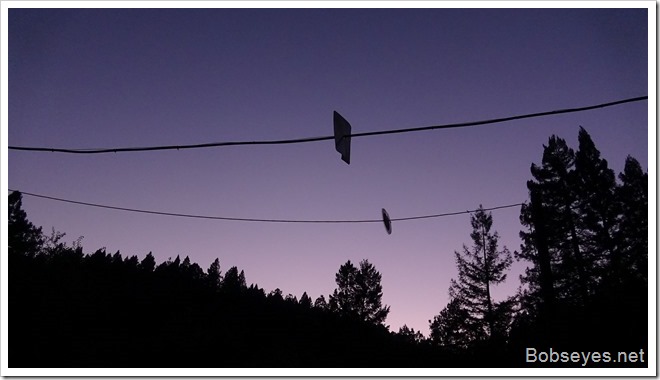 Just a bit darker and the first mouse came by to check things out and that was as far as it got. 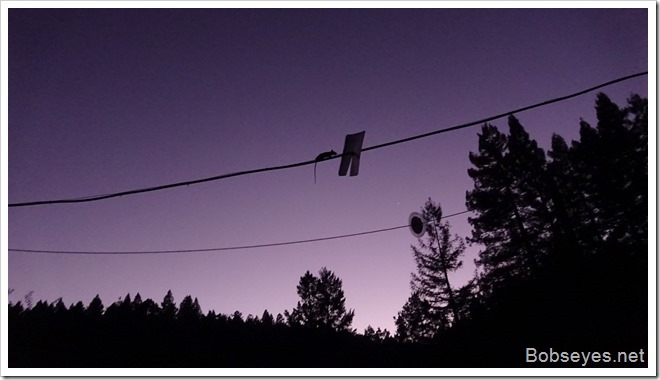 Sitting on the wire

Others came along and none crossed. Most just sat around on the wire seeming to enjoy the evening. 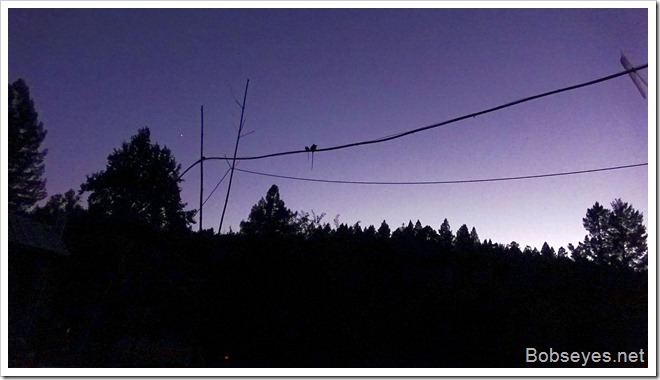 There was some back and forth stuff but none crossed the stops. 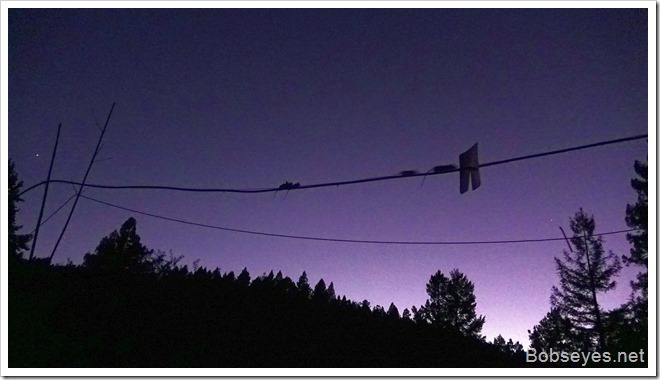 When I went in for the night there were several of them just sitting on the wire doing nothing, maybe waiting for me to leave. Now they will have to take to the ground where the cats have a chance at them.

I never did get back to work on those chicken nest dividers but I will.