This morning I got it going early and was on my way up highway 395. I expected the Yosemite pass to be closed and it was. But what I didn’t expect was 395 to be closed just past that. That threw a monkey wrench in my plans as I figured I’d likely be making a bee line for home today.

I was diverted east on highway 167 towards a town called Hawthorne Nevada where I picked up highway 95 north. There was some kind of emergency on  395 that closed it for awhile.

But I had to stop and make some plans once I was diverted onto highway 167, so I stopped here for coffee and plans. 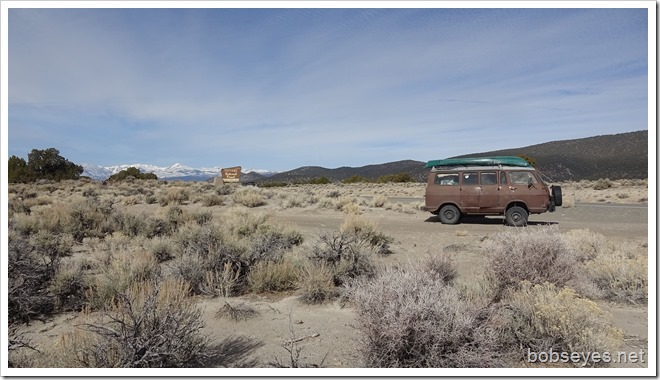 Since I was diverted east I thought I might as well check out the Stillwater Bird Refuge by Fallon Nevada and not bee line it home today as I had to go through Fallon anyway. I figured I could find a camp spot there as I remember Marty and I spent a night there once a long time ago.

So I continued on up the road. 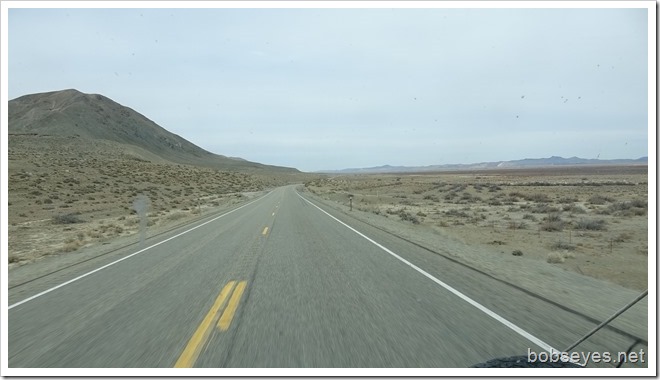 I gassed the van and did some shopping at Safeway in Hawthorne and continued on north on 95 to Fallon.

In a few hours I made it to the Stillwater Refuge. 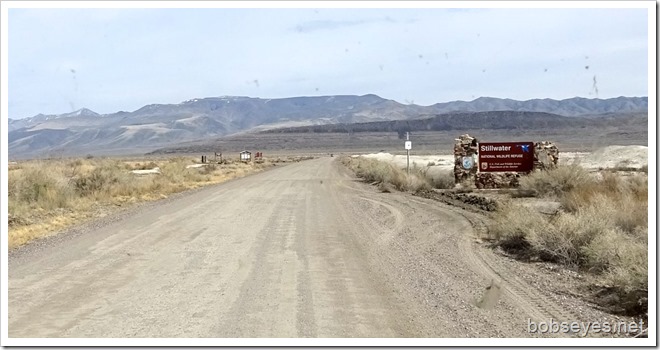 Trying to get info

I stopped at the info booth to find out what’s going on. Where can I camp and where can I put my boat in the water.

They had two places to camp. I wasn’t sure about boats as the info for that was very confusing to say the least. As it was, it didn’t matter as the wind was up.

Here’s part of the map of the refuge. I’m first going to the lower right camp spot and then will check out the one left of center and check out boat launch places. 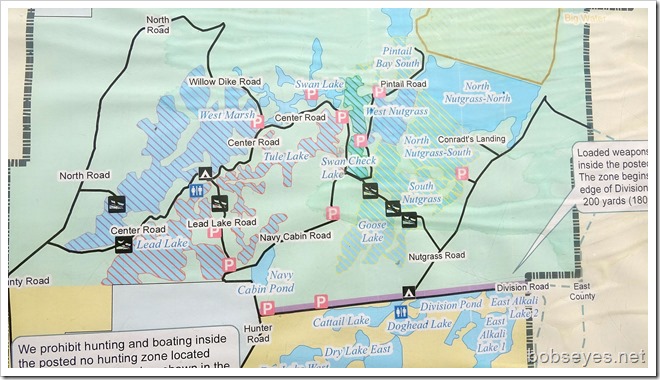 Here’s the first camp spot I checked out. Desert with only a small water way going by it. It’s desert. 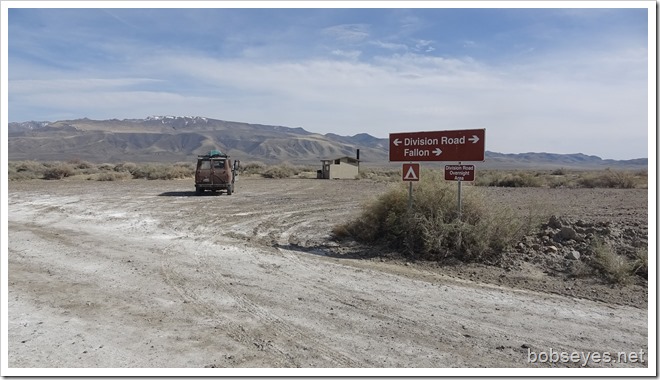 I headed down the road towards the other camp spot. This was the first lake I spotted. 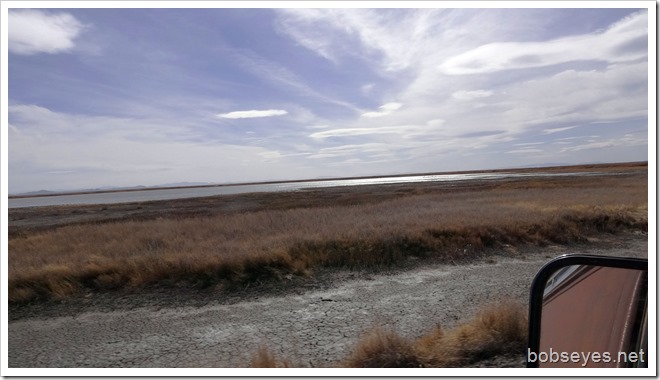 I traveled down this road looking. 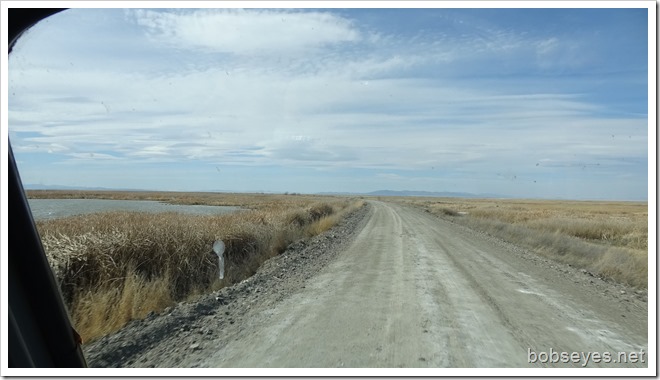 And this road. Some of the lakes that said it wasn’t ok to boat on at the front info place had signs saying it was ok to boat on them, so I got confused on that subject. 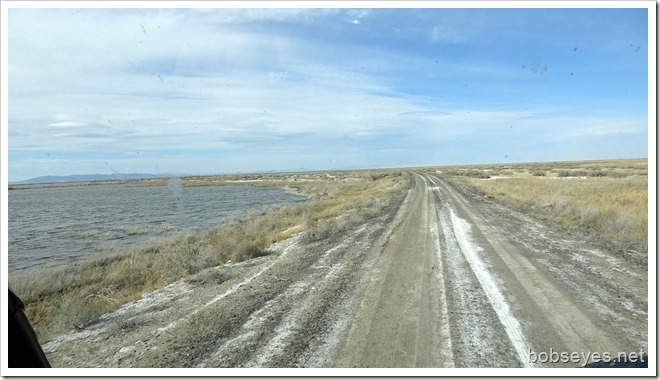 But the wind was up so I wasn’t going to put the boat in the water anyway so it all worked out.

I made it to the second place they’d let you camp here by this lake. 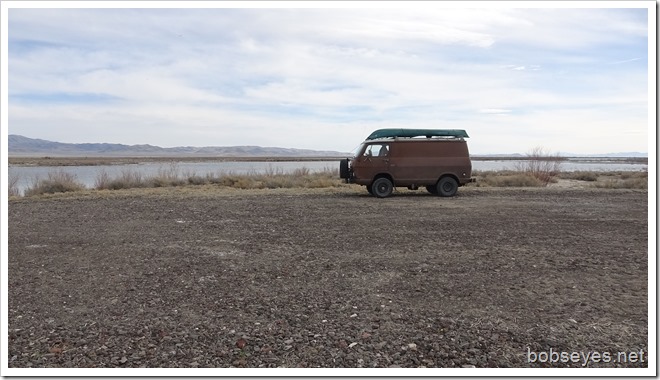 The spot was ok and I was going to stay, but.

I had a walk around to see what’s around. Some ducks in the water. 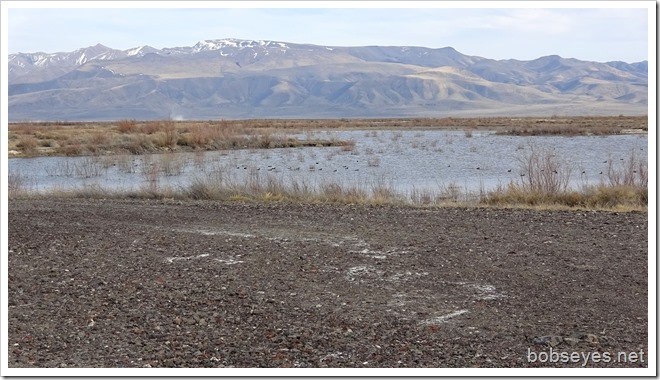 There were some of these birds acting like they owned the place. 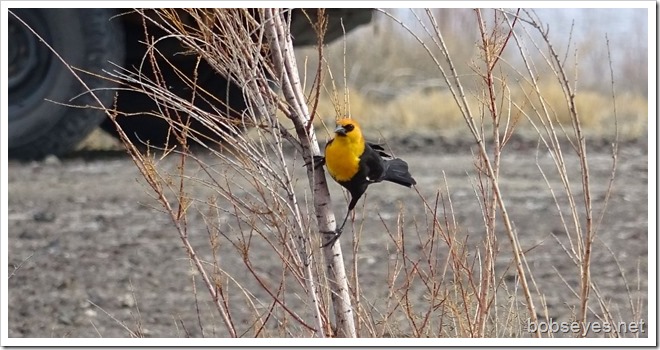 I saw this owl nesting box so I went over to have a look at the ground under it to see what the owls have been eating. 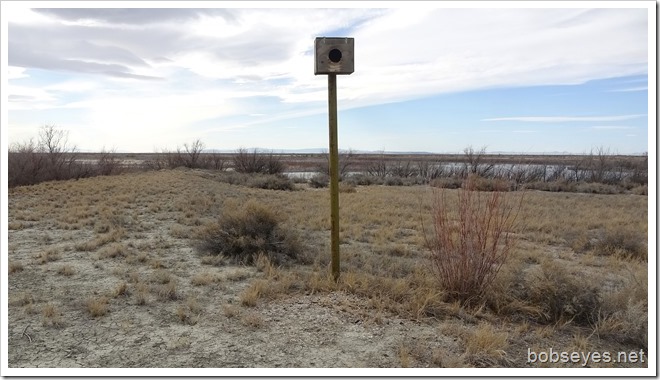 Lot’s of little bones from birds and mice’s and such. Some regurgitated pellets there too. 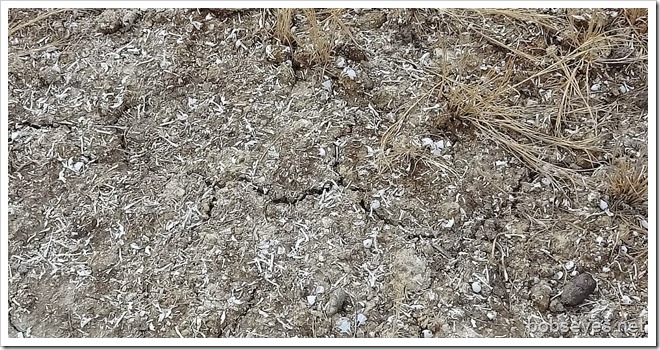 As I was walking back to the van I began to notice a bunch of May type flies flying around and starting to get into my eyes and nose. That’s the problem with camping near water sometimes.

They especially liked the down wind side of the van where they piled up, see. 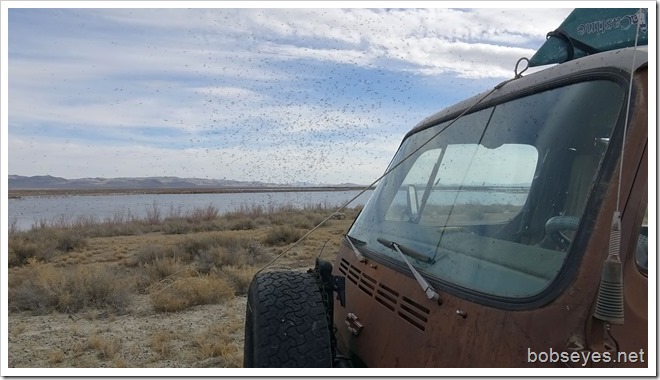 Back to the first camp spot

It was hot inside the van and I needed to open some doors, but the bugs were too many and coming inside the van, so I packed up and decided to try the first campsite I was at as there was less water there and maybe less bugs.

That worked as there were very few bugs at this first camp spot.

My kayak was all white from the  Mono Lake water so I needed to clean it off so I wouldn’t have any trouble getting back into California at the Ag check station where they look for dirty boats these days for the muscle quarantine or something.

Anyway I got a bucket and a rag and some water and wiped it off so I hope it’s satisfactory.

This camp spot will do

Here I am back at the first camp spot and the sun just went down. 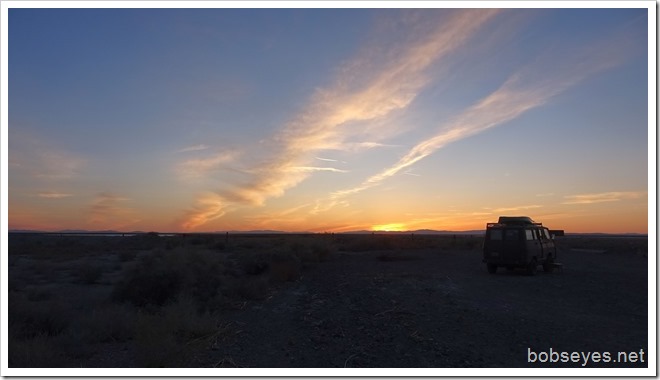 Posted from Fallon Nevada and headed towards home.