I saw my brother Barry out in the front yard this morning with his dirt bike. He hasn’t been around for quite awhile for a dirt bike ride. He said he’s been having about the same medical problems I’ve been having, sore back and hip, and he has a stiff neck. After trying to work with the doctors he decided he needed a dirt bike ride that might loosen him up.

Heading for the hills

I got my dirt bike out and we took off for the hills and rode on up to this area, then back down the road where we ran into our neighbor the goat lady as she has about 150 goats. She said she’s been having problems with a mountain lion. 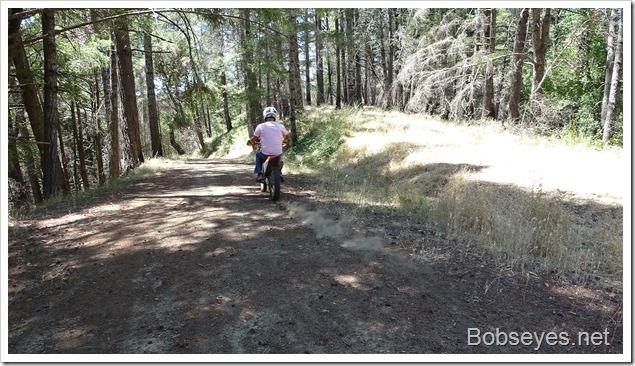 We got around her car and rode down to here where she and her partner caught up to us and we shoot the bull a bit. 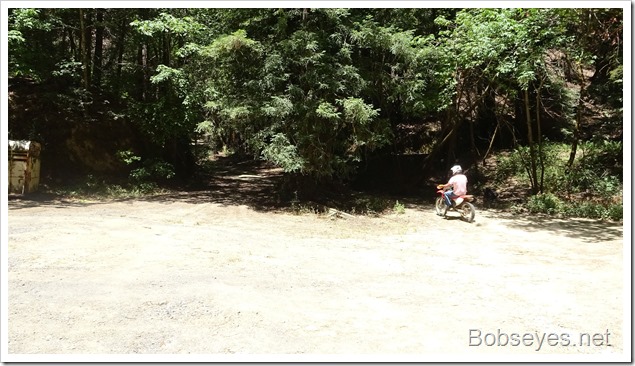 They took off for town and one of their big dogs that help protect the goats came by following them. A bit later when Barry could get a cell lock he called and left a message telling her about her dog.  I suspect the dog has done this before and was ok. 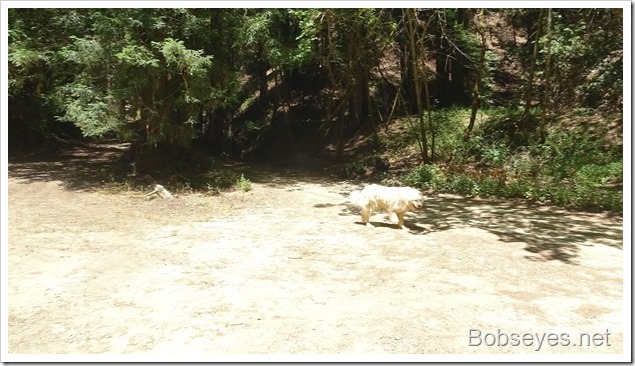 Then we rode back up the hill and ran into some trees on my cousin’s place so took another road to get around the tree and ran into this tree. We were able to just squeak by this tree on the left. Due to sore backs we were not moving any trees today. 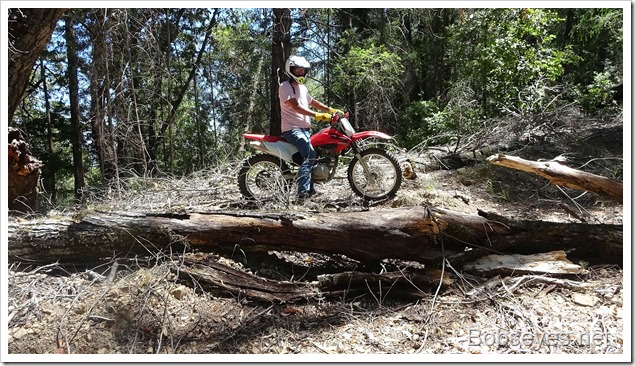 There were a number of big trees that stopped us today that we had to detour around, but that’s ok as most of the roads up here are loops so there’s usually another way to go to get somewhere, if you know the way.

Drink and a rest at the spring

We stopped at our spring for a drink of fresh water. 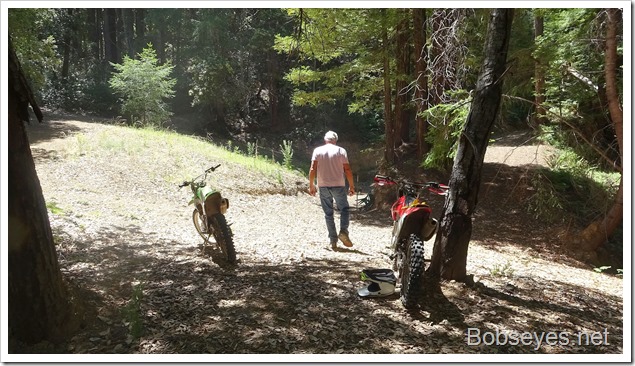 Then we sat in the chairs that Marty and I took up and left there last week for this purpose. Good idea, those chairs. 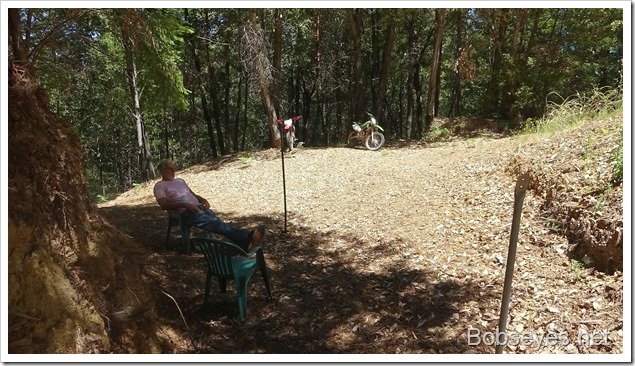 The we saddled up and rode around some more roads going up and down and around and around. 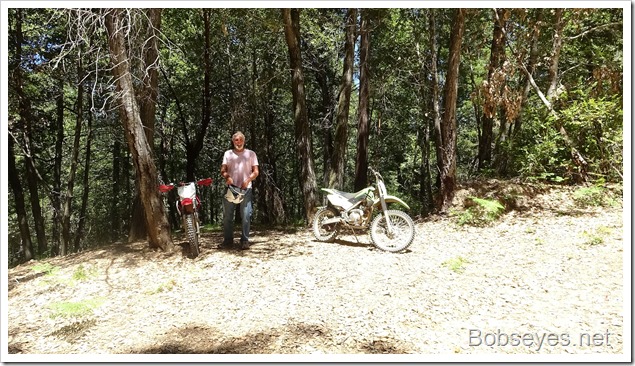 Eventually we made it to the resting spot here where we usually take a good break which we did. 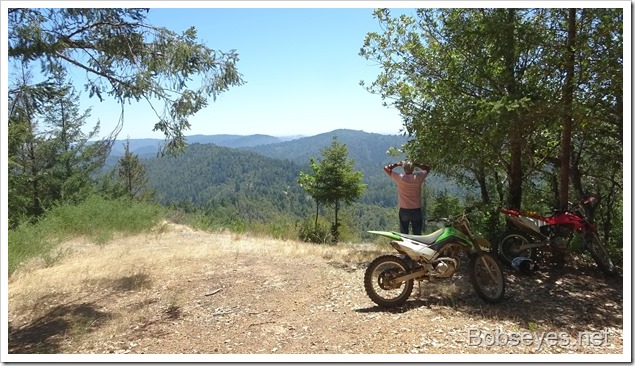 We rode around some  more making our way back to my house. Barry took off for home and I took off for a nap. :O)

That was a good ride and loosened us up some which is good.

The rest of the day I chair hopped and just took it easy.

In the evening the pair of quail came out with about 20 little ones, the first time I’ve seen them out. They scooted to the bush before I could get a shot of them all. 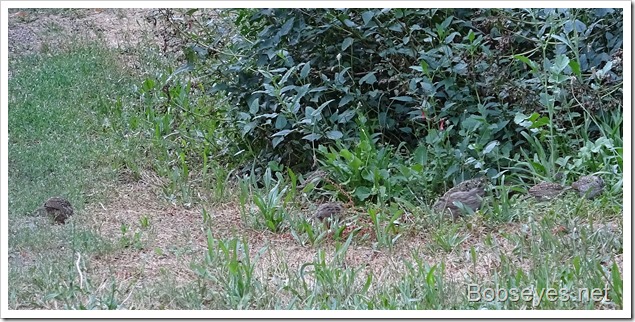 (Visited 139 times, 1 visits today)
This entry was posted in Uncategorized. Bookmark the permalink.

3 Responses to Two Older Folks On Dirt Bikes for Therapy