Two blog posted today. The one below this one is the first one if you want to read in sequence.

Yep, that’s all I had yesterday. AAA sent the tow trucks to the wrong places twice yesterday. I had it lined up to pick me up and take me to Barstow,……But. That  never happened. I also lined up Midas brakes in Barstow to do the repair work,………….But.

By the time the second tow truck called me it was almost five o’clock, too late to get to a shop and the guy was way east of Barstow instead of west, so I canceled it and will redo the tow request in the morning.

I had a pretty good sleep here except for a few real noisy freight trains that went by during the night. 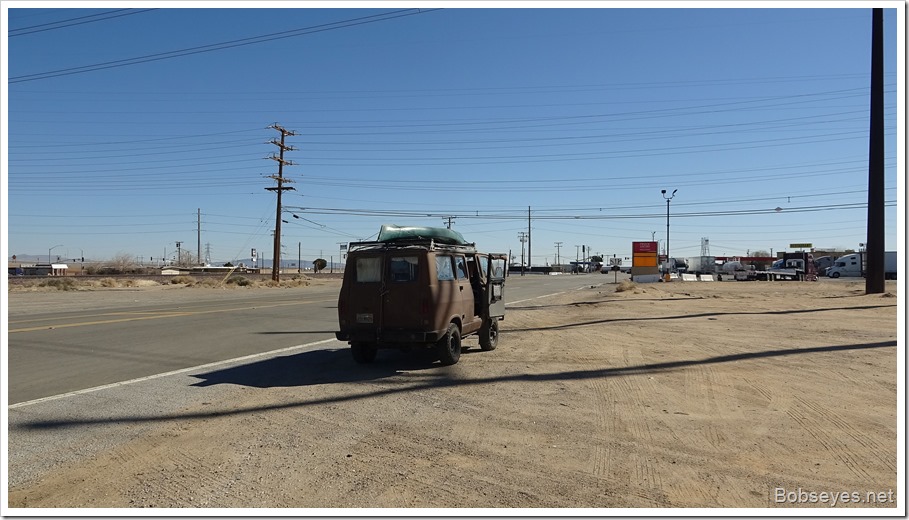 I had the tow truck driver call me to confirm he knew where I was and he got here just after ten. 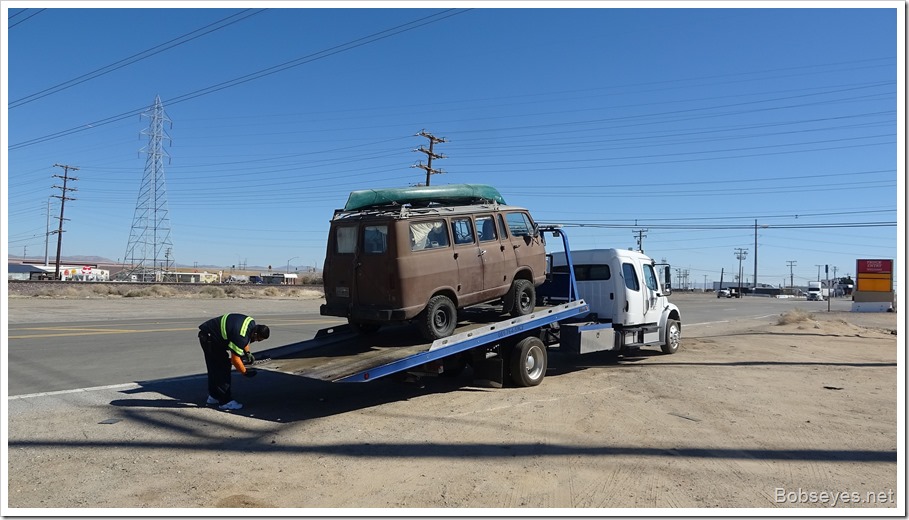 All loaded up and headed to Barstow to the Midas Brake shop, about a half hour drive. We shot the bull on the way to Bartow so the time went quickly. 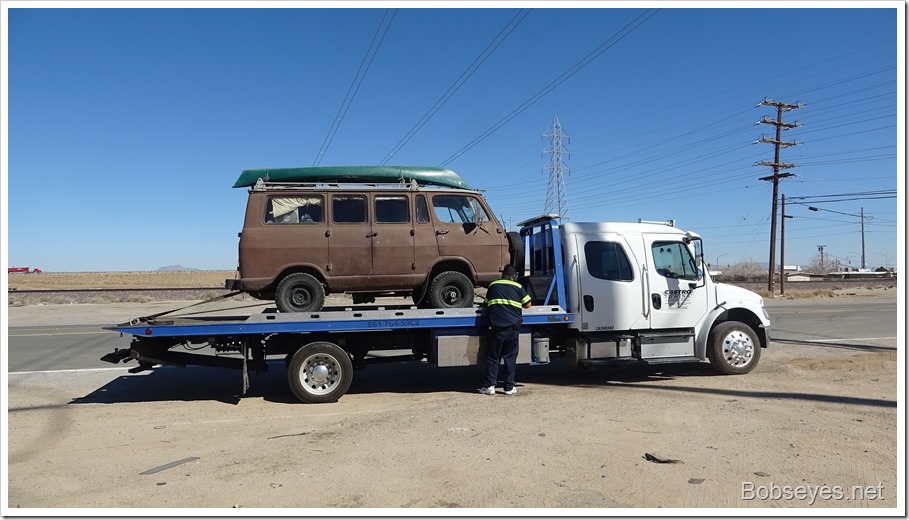 We pulled into the Midas shop and the guy there said how are you today. I said, well, fine now, but then he said I  have some bad news for you. We don’t do anything older than about 1985. We asked if he knew a place that did so he checked and sent us to Barstow Tire and Brake a real old establishment.

I need to stay the night

I told the guy I needed to spent the night in my van if he needed to get parts and he didn’t seem too keen on that, at first, maybe because I drive a real old van, but he took me in and said it’d be after lunch before they could look at it. Great I said. 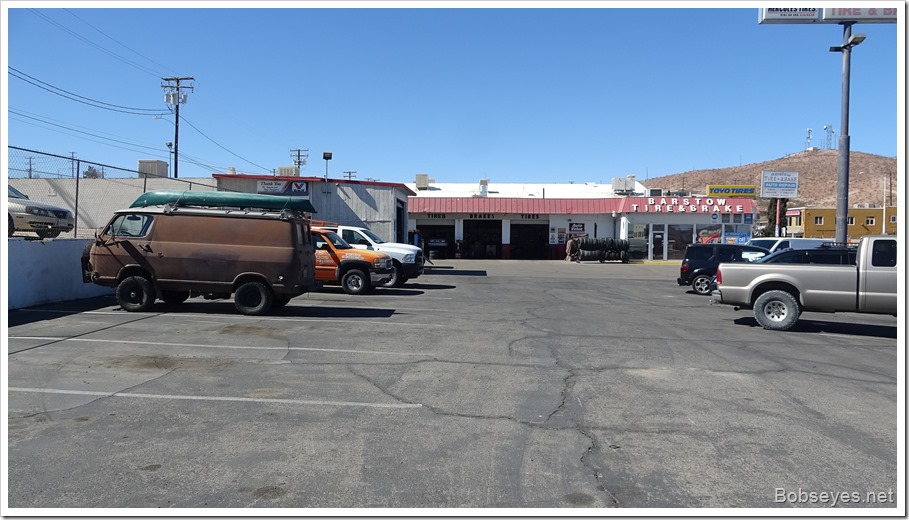 During the wait I shot the bull with some of their mechanics which were all real friendly.

Finally It was my turn so the guy tried putting it on this lift but realized the kayak would  hit the roof, so no go there. 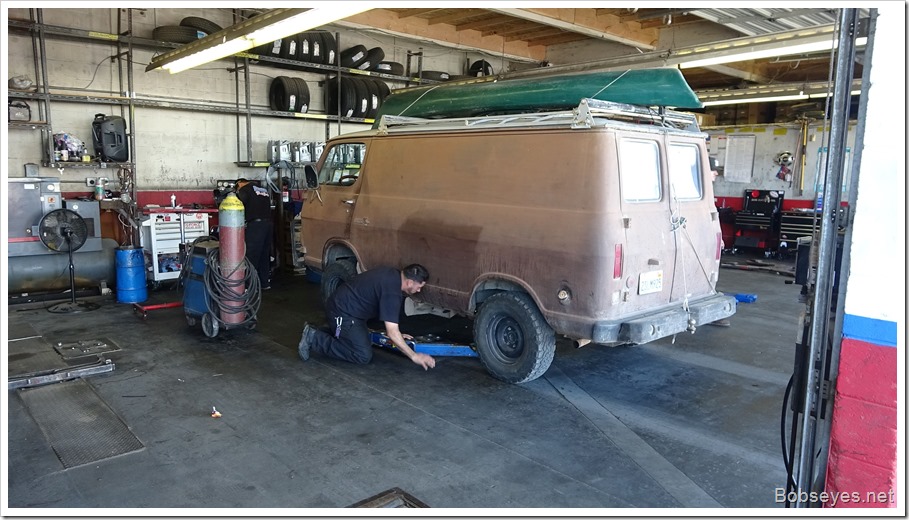 He decided to put it on this lift to do the work. 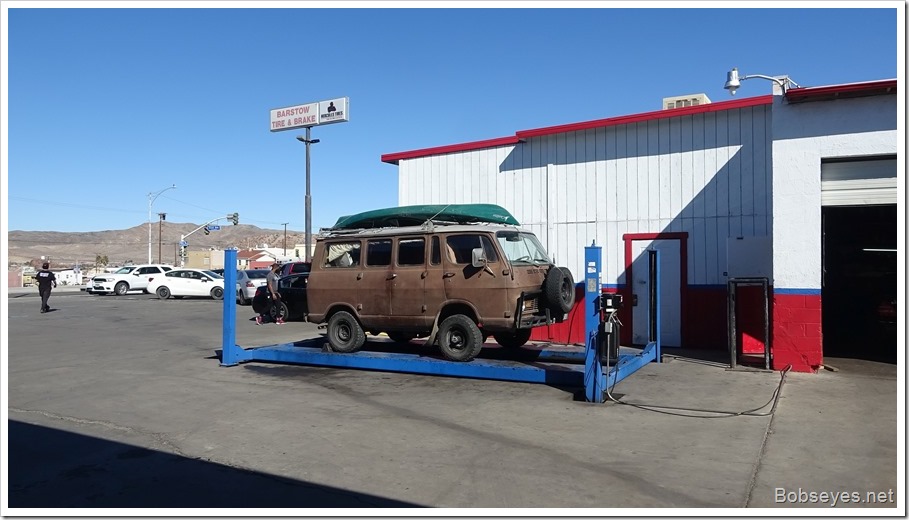 Once he got it up a couple more mechanics came by and were checking out all my conversion work and were really impressed with how I did it and now, I was in.

We are all mechanics and can speak the talk so I was in now. Even the manager warmed up to me and now was agreeable to me staying the night.

By the end of the day we were all  old buddies which is the way I like it.

This guy is removing the wheel to check out the brake wheel cylinder. 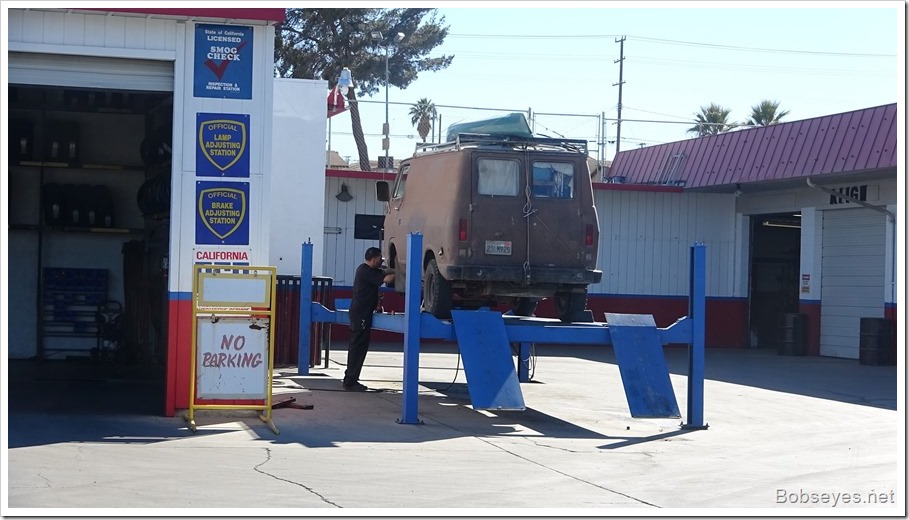 It needed a new brake wheel cylinder and the manager tried to find one around Barstow but no luck. But one will be here at 8 in the morning which was good.

So they put it back together so I can sleep in it tonight and will get on fixing it when they get here in the morning.

At closing time most of them stopped by the van and we shot the bull, even the manager.

It turned out to be a nice day.

(Visited 204 times, 1 visits today)
This entry was posted in Uncategorized and tagged Barstow Tire and Brake. Bookmark the permalink.