Tsunami Warning But I Kayak Anyway

I’d decided to go kayaking down at Jenner today, but when I got up I saw a tsunami warning for our area, so I checked it out on the news and it was only supposed to rise about a foot in our area, so no worries.

I arrived at the overlook, looking north. 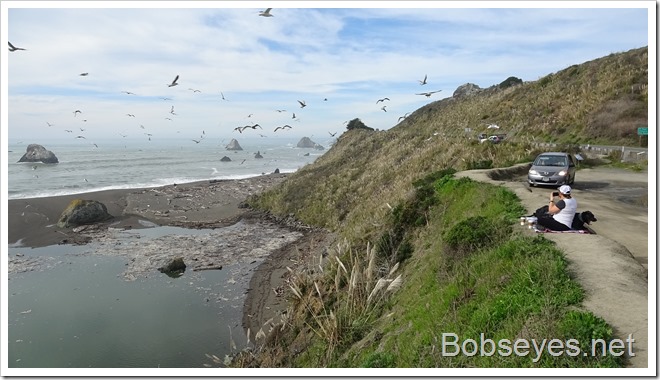 Looking south at the river and ocean, looking good. 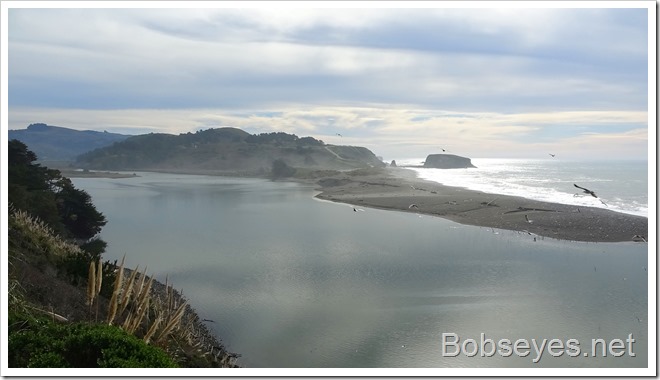 And looking out the river’s mouth. The ocean seemed a bit rough but other than that it looked about normal. 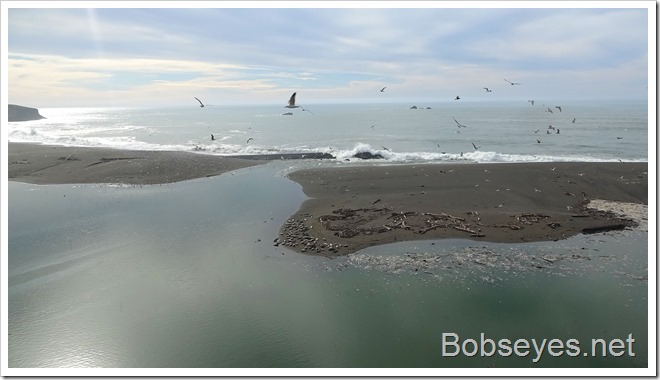 Harbor seals resting on the sand down there. 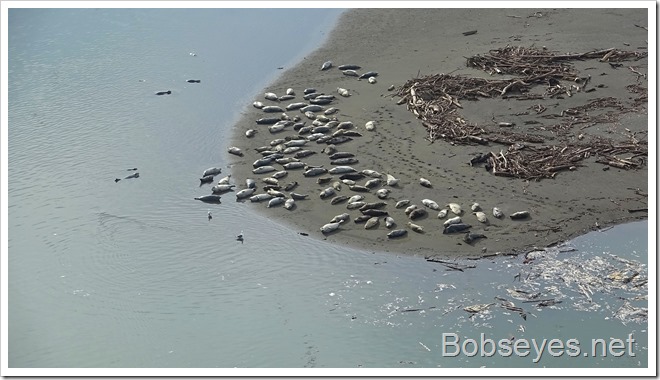 I paddled across the river to the edge of Penny Island and headed down river towards the ocean but stopped here for a bit to have a look around. 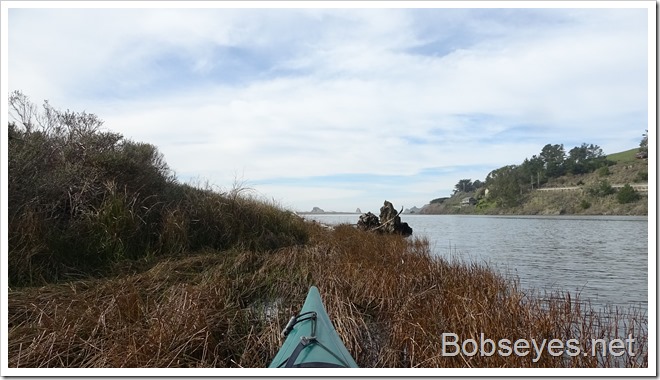 And then I moved down to this spot at the lower end of the island and had a look. Lots of gulls were on the water and in the air as these guys spooked them into the air. 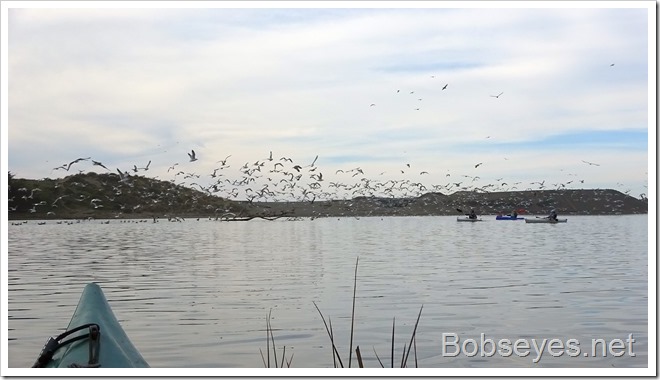 As I arrived at the river’s mouth, waves were breaking over the rocks and lots of birds were resting on the sandy beach. 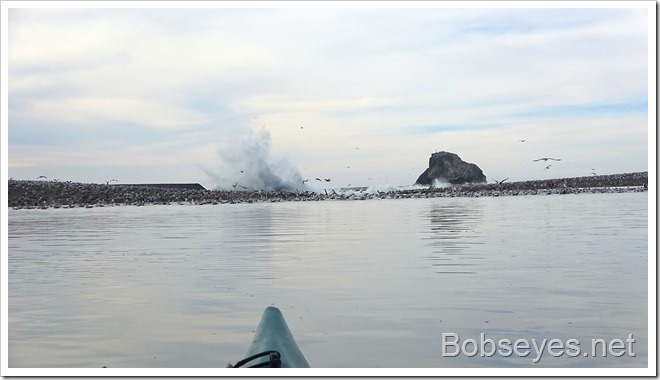 See lots of birds resting here by the jetty. 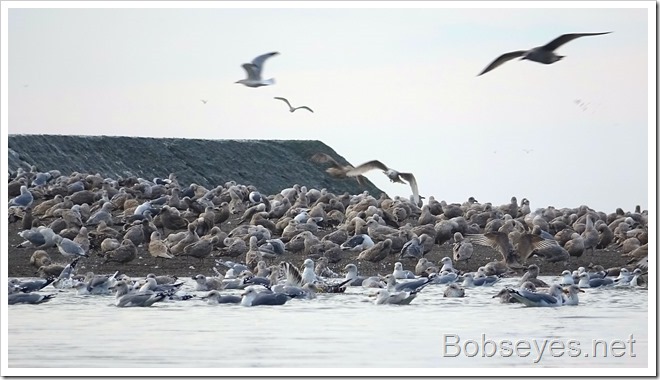 More birds resting on the sands as waves broke behind them in the ocean. 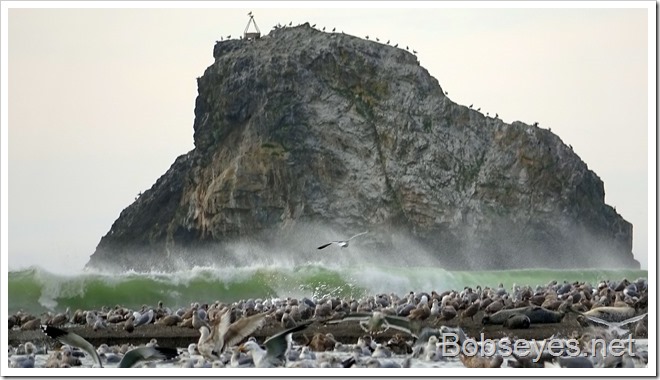 Another big wave breaks on the rocks as I watched fr0m a safe distance. 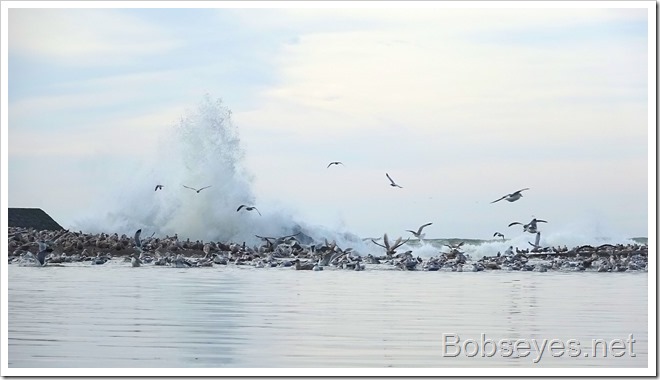 The seals watched me as I paddled on by but didn’t seem to mind my presence too much. That’s Haystack Rock there and you can see why it’s called Haystack. 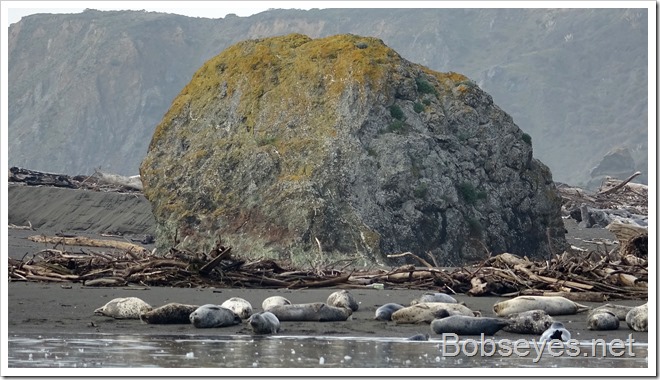 I paddled on by the open mouth and to the end of the river where there was lots of wooden debris on the water that was too thick to paddle through. 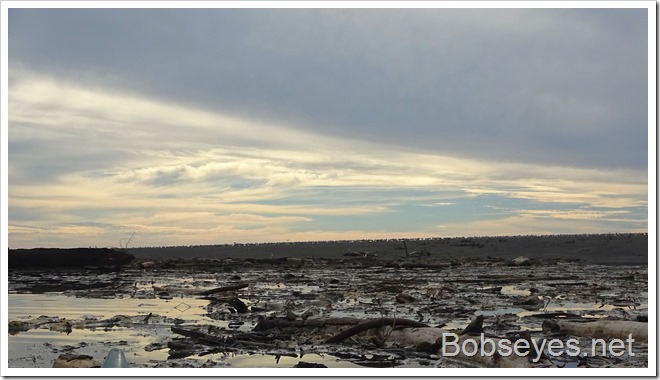 I hung around there watching stuff for a bit then headed back up the river and up the island back channel where I pulled into the Slot where I sat for a bit taking it easy, looking across the island at the town of Jenner. 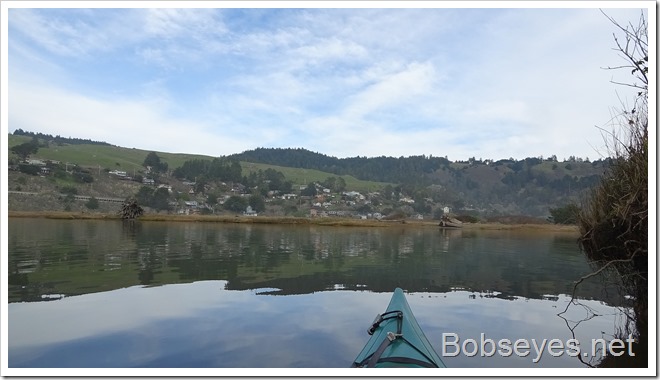 And  paddled into this little channel at the upper end of the island where I sat for a bit. 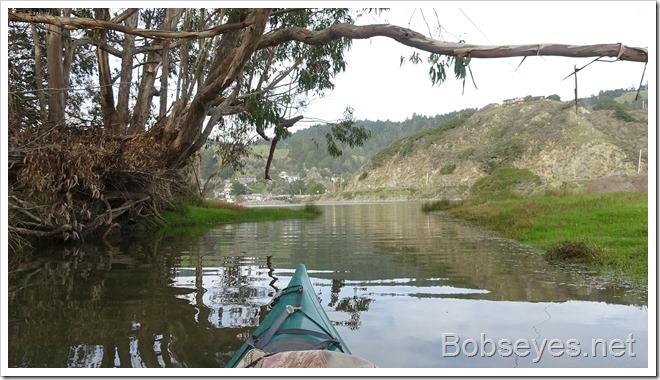 Form there I headed on in to the boat ramp and loaded up and went on home for the day.

Once home I still had about an hour of daylight so I pruned this prune tree. It was small so it didn’t take long.

After that I did some chair hopping watching the chickens until the night chill started to come in and in the house I went.

1 Response to Tsunami Warning But I Kayak Anyway