Trying To Stay Ahead Of the Blackberry Vines and the Chickens

After taking care of the chickens this morning I walked around the yard and did some chair hopping and decided I’d work on cutting blackberry vines out of the yard. The darn things grow worse than weeds. The berries are great but the thorns on the vines aren’t and the chickens don’t like them either. They don’t eat them and they avoid them.

I got my pruners out and walked around the yard cutting here and there and resting my back a lot as pruning seemed to be hard on it for some reason.

This was the worse part I did today meaning it had the most vines to cut. 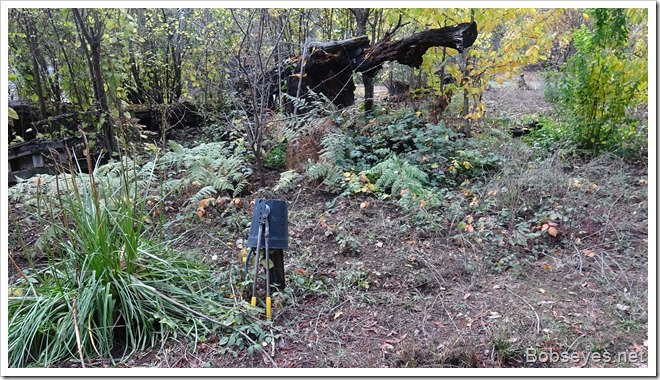 See lots of berry vines in there to cut. 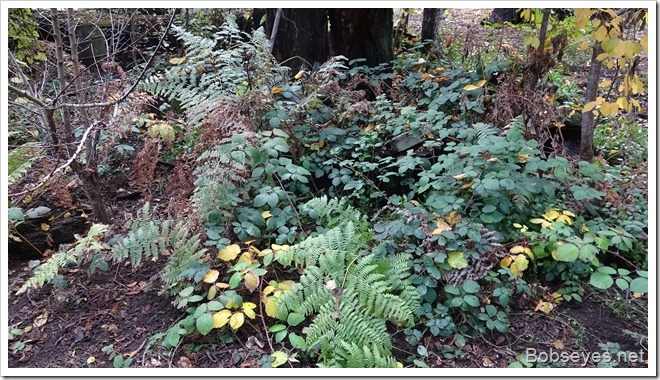 Eventually my back said to quit that and take it easy for the rest of the day.

A couple hours before dark I let the chickens into the front yard to graze. They’ve been out in another part to graze all day but I only let them in this part late in the day so they don’t get into too much mischief, like pooing on the front porch. it also keeps them from over eating the area.

Here they are racing out to get the goodies first. 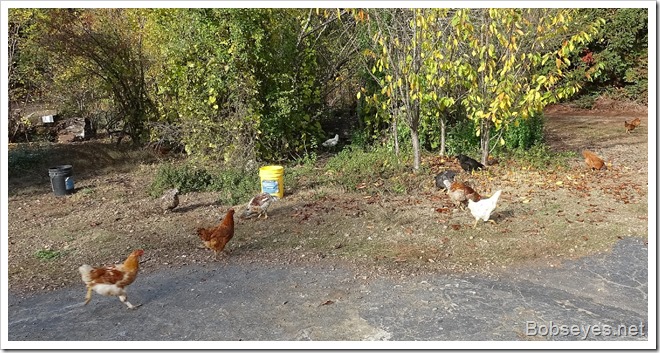 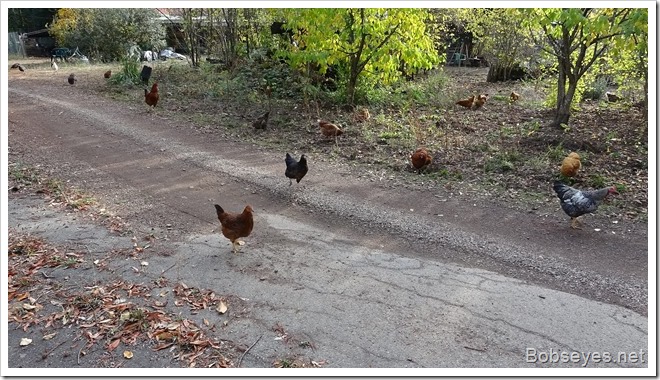 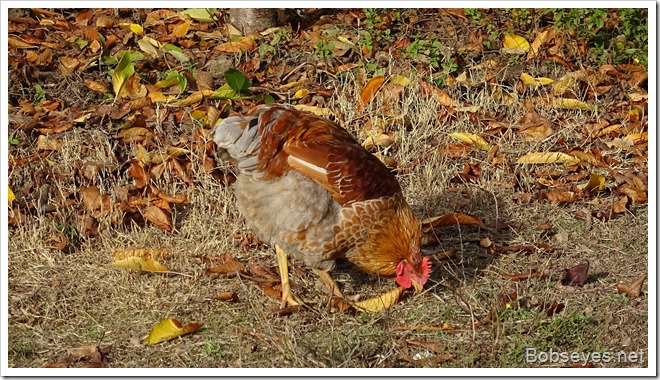 That pretty much was my day doing a little work and sitting around the yard with my chickens.