Trying to Repair the Electric Gate

Checking out the electric gate

While I was gone on my adventure to the Continental Divide my front gate got broken so it needed to be looked at to see what was wrong.

Here’s my front gate. It’s mostly to keep the deer out of the yard. 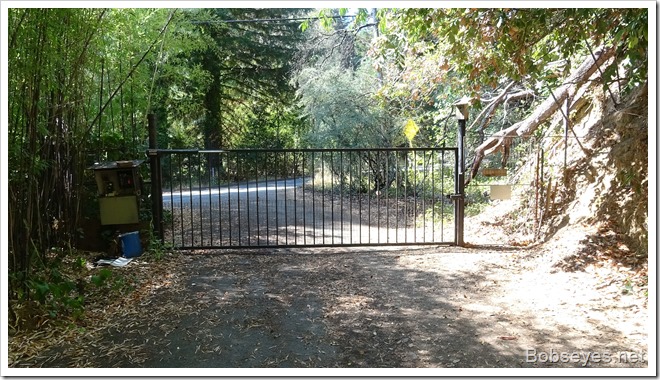 This bracket with the two bolts was bent up in the air. I straightened it out and put it back on, but the far bolt hole’s threads are gone so I need to fix that. 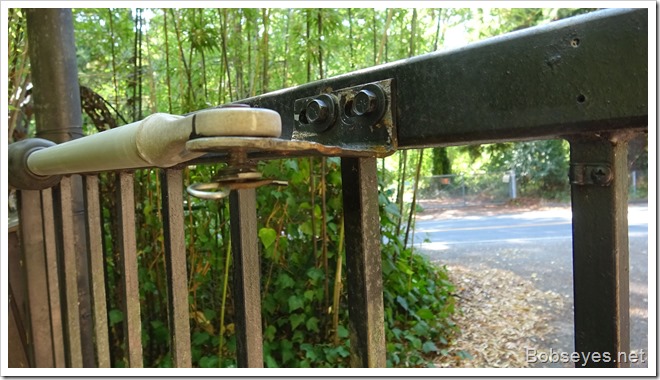 The problem with the gate is the auto lock that keeps it from being opened up by people hasn’t been working right, so they can just push the gate and break the mechanism.
This problem developed after I replaced the control arm with a newer style a few years ago. For some reason the auto lock was not releasing and the gate would jam, so I disabled the lock thinking I just had something wrong. So occasionally someone would force the gate and break some part of it.

This is the control arm that they break, usually they break the mounts now that the newer arm is much beefier than the old one I replaced a few years ago. 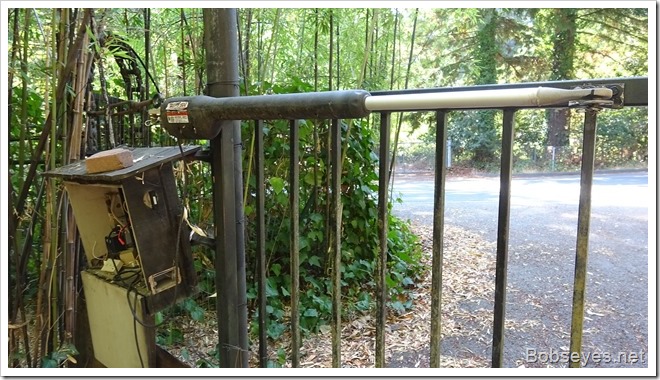 This is the gate’s controls which checked out ok. 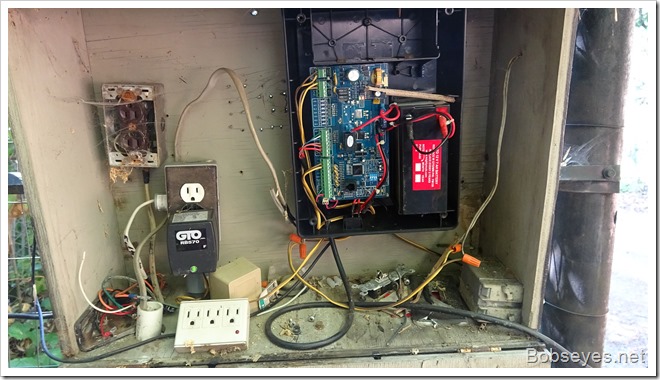 So I played with the gate once I got it going again to see what was going on to cause the auto lock not to function properly.

What I discovered is the lock latch sometimes works as it should, but other times, it unlatches for a second, then the latch closes and the gate jams before the gate can clear the latch pin.  The lock latch is controlled by the gates controller so there’s nothing I can do to make it work.

So I called the gates support and it said they are closed until after the hurricane in Florida passes, so I couldn’t get the gate fixed as I wanted, but I did get it going and found out what wasn’t working right.

That bracket that got bent needed another bolt, so I drilled a hole all the way through the gate so I could put a nut on the back side. Tightened it all up and it seems to be working ok.

You can see the bolt I added on the left of the bracket. 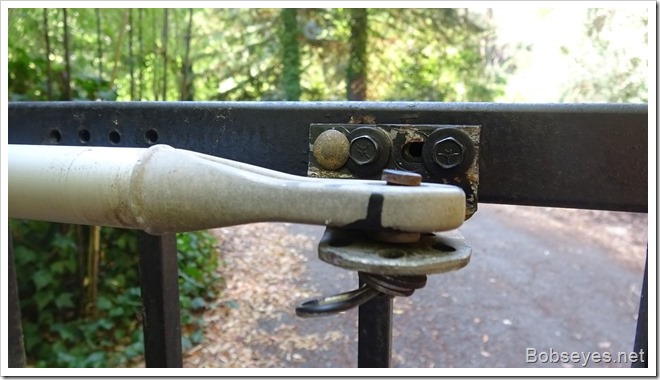 I will be checking with  the gates’ tech support to try and find out what to do about this auto lock problem as soon as I can as I’d like to get it fixed right so I don’t have to fix it all the time.

After that, I mostly puttered around the yard for the rest of the day.

1 Response to Trying to Repair the Electric Gate