Trying To Keep the Chickens In Their Pen

Puttering around the yard day

I’ve had a couple chickens getting out and into the yard when they aren’t supposed to so I’ve been watching them to see how hey get out. They are jumping up on the roof here by the ladder and going over the top so I figure I need to plug that up somehow. 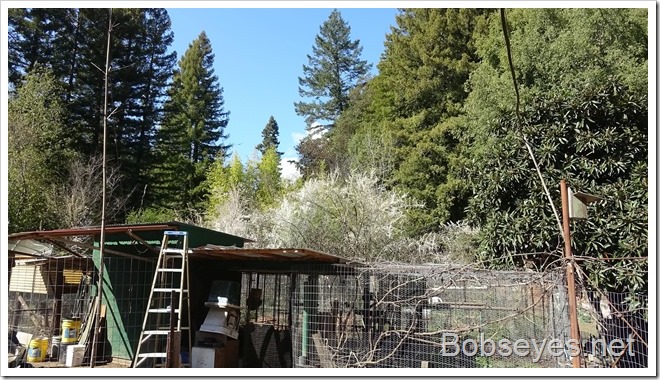 I needed the ladder to  measure for a bracket I needed to make to get around the tin roof on the part that raises up so the fence I want to put up there will clear the roof. 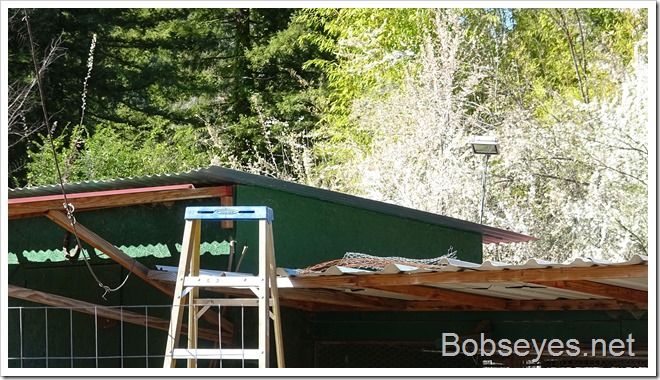 I did the measuring on that and got my welding tools out to construct some brackets, cutting up some metal to weld together to make the brackets.

While I was doing that I noticed this turkey vulture sitting on this pole across the road. I checked to see if I had any dead chickens, but nope. I think it was just enjoying the sun with me. 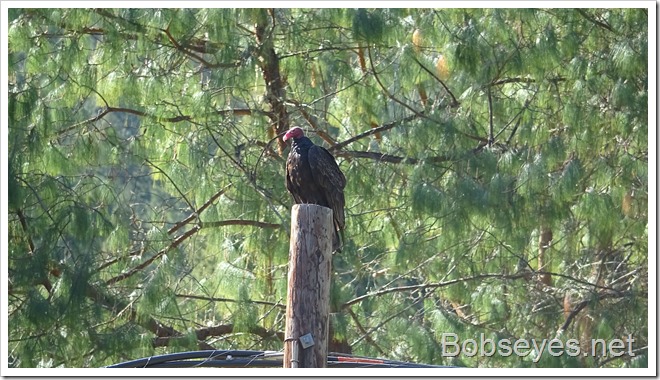 Flaw in the fence

While I had my bracket parts cut and was taking a break I realized my fence plan had a big flaw in it. That’s because the chickens can jump up on part of the roof and then jump over the four foot fence I was going to install. So I thought about it and decided to add two more feet to my brackets so I could add some wire to  make the fence taller if need be.

And a boo boo

Late in the day I welded up my brackets when I realized I’d only made enough parts to make one as I didn’t cut enough parts. Oh well, at least I got this far and can finish that later, so I quit for the day. 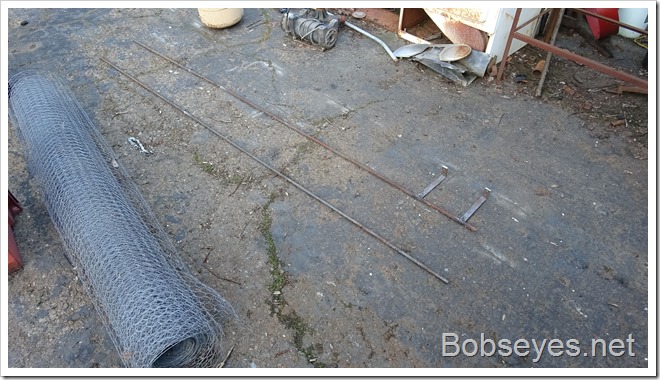 I heard some voices out at my bamboo patch so went out to have a look as my brother Tom had said he was giving some to a friend to make some walking sticks out of. I shot the bull with them for a bit. 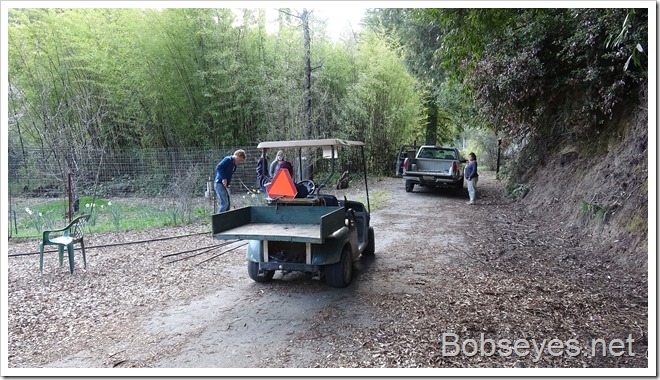