I headed on over to the shopping centers today and went to the hardware store to get a circuit breaker for my brother’s generator hookup I’ve been working on. I think I got the right breaker this time, maybe.

I also went to Costco to finish up my shopping for the trip.

On the way home I stopped at Ray’s house to see how he was doing. He’s ready to go with most of his truck packed up.

I didn’t stay long as I have stuff to get done today since we are leaving tomorrow morning, Tuesday.

I went over to my brother’s place and tried to install the circuit breaker, but it still wouldn’t go. I looked at it carefully and it had some little metal break outs I was able to remove to make it work so I finally got his emergency generator hookup installed. Great it took long enough trying to get the right parts.

I put the kayak on top of the van and loaded all the stuff that goes with it. I also loaded more stuff, mostly food stuff except for the cold stuff which I will put in just before I leave. 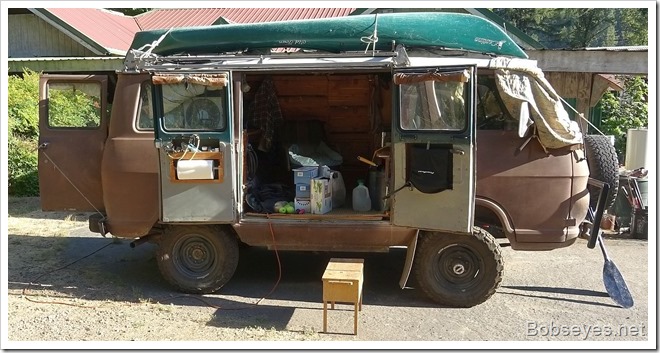 Towards evening I rode the dirt bike up to the water tanks to see if we picked up any water on the gauge from yesterday. Nope, I think it went down just a tiny bit. 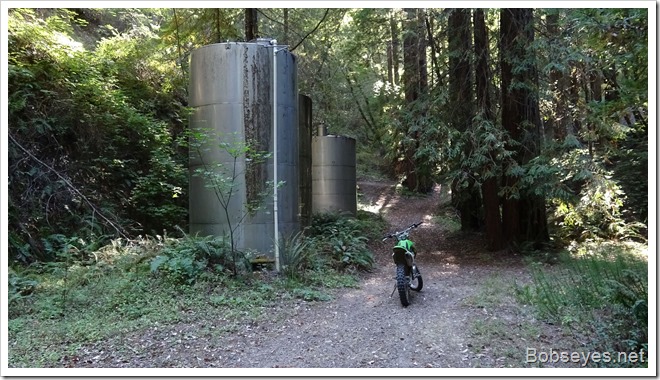 Vegetables require a lot of water 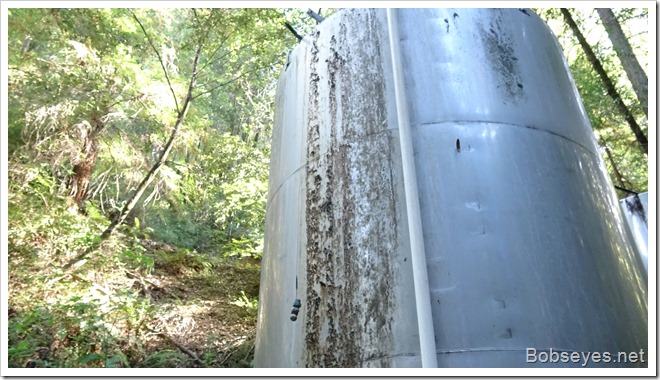 When I returned home I informed my brother about the water and since I’m leaving it’s up to him how he handles it.

After that I went out in the chicken shed and mixed up a bucket of feed and loaded the Grandpa’s feeder for my assistant which will be taking care of my chickens. I mixed up one more bucket just so she’ll have it.

And then I drove the van down to the town of Guerneville to top up the gas tank and drove on home and loaded up some more stuff.

I think I’m ready to go except for getting my electronic type stuff in it which I will do before I go to bed.

Off on our trip

We’ll be leaving in the morning once I get it going and headed to Winnemucca Nevada and then in the direction of the Jarbidge area in the north eastern part of the state.

Of course internet will be sparse so you’ll hear from me when I can get on the net.

After we drive around the Jarbidge area we’ll be heading up to the North Eastern part of Oregon to a little town called Troy where we plan to do some kayaking on the river for about a week. So it’s a week in the desert heading to Jarbidge and a week on the river in Troy.