Trimming Lilac Bushes, Propping Up Gates and an Evening Walk

They went mushrooming without me

Last night my accessory battery set off the alarm on my invertor saying it was running low. I thought that strange as I hadn’t been using it that much. So once I got it going this morning, I went over to the house and found Dan and Sue had left to go mushroom hunting without me. That’s because I sleep in for an extra hour. If you snooze, you lose.

So I took a look at the water level in the suspect battery and then rounded up a battery charger from the shop and set it to charge the battery. 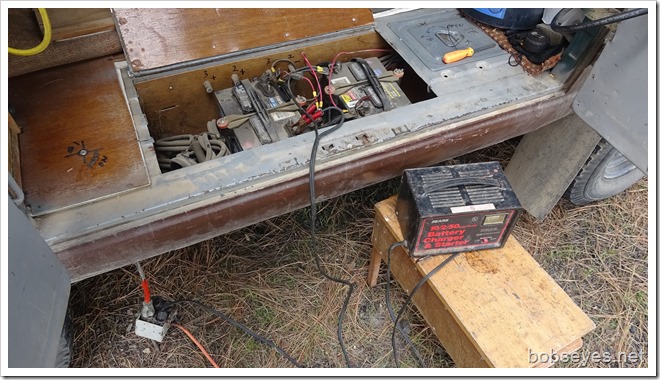 I was wondering around the gazebo when I remembered that Sue had asked me to prune back the lilac bushes as they weren’t producing many blooms. I cut back the bushes you see here about half way which should stimulate the bushes into putting out lots of new growth. I also suggested that she watered them once and awhile. 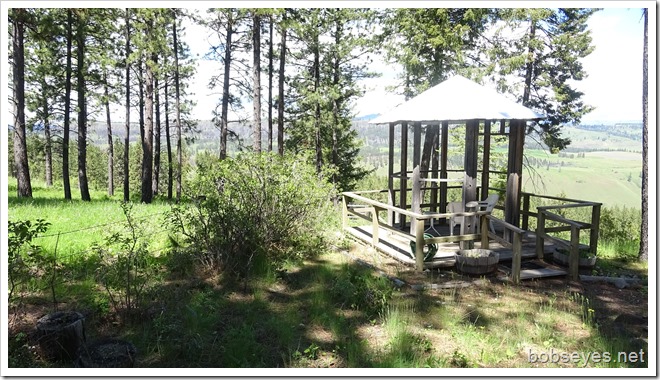 Keeping the deer out

I took a break by these gates that were down which go into her fruit orchard that has new fruit trees Sue just planted and it wouldn’t be good if the deer got in and ate them up.

I had to prop the gate poles up to get started as they were broken off at the ground. The bench is holding up the gates and I can use it for a break once I get it out of there. 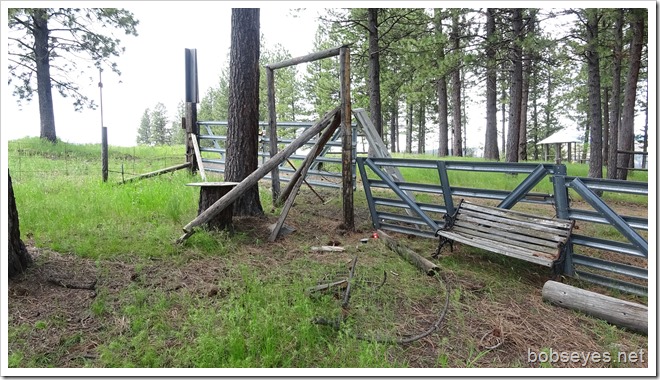 The morels are larger today

While I was working on that Dan and Sue dame back from mushroom hunting. They found some big ones today. 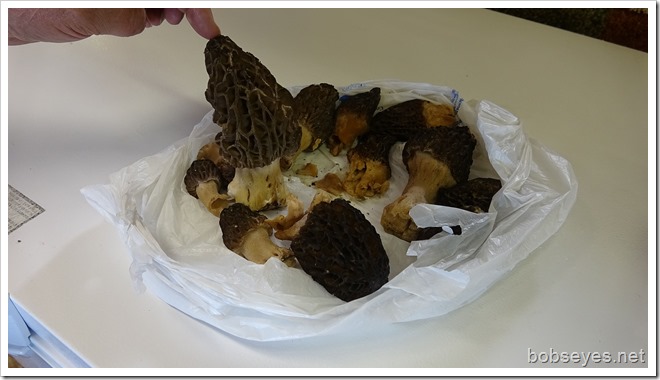 Now that they arrived with the shrooms, I made me a big bowl of chicken noodle soup with morel mushrooms in it for lunch. Yummm.

Getting the gates to stand back up

Then I went back out and finished propping up the gates and now I could sit on the bench for a break. I need to put some bailing twine over the gates to make them look higher to the deer. 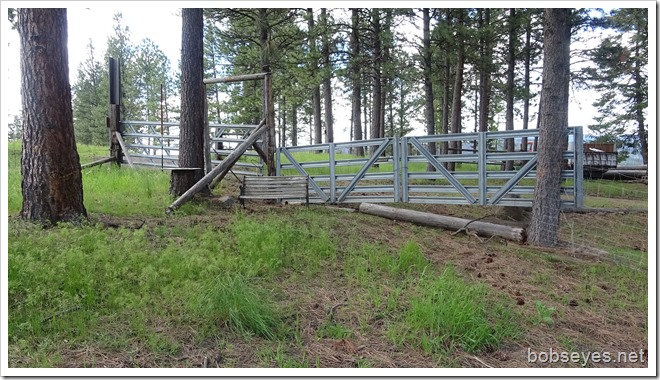 I took a break and watched as the yard birds came close while eating stuff on the ground. 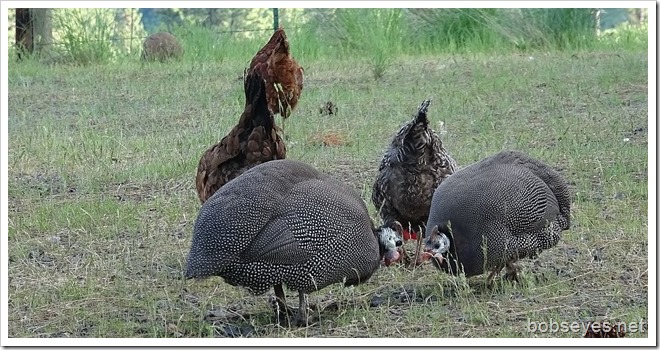 You’d have to be a guinea hen to love this face. 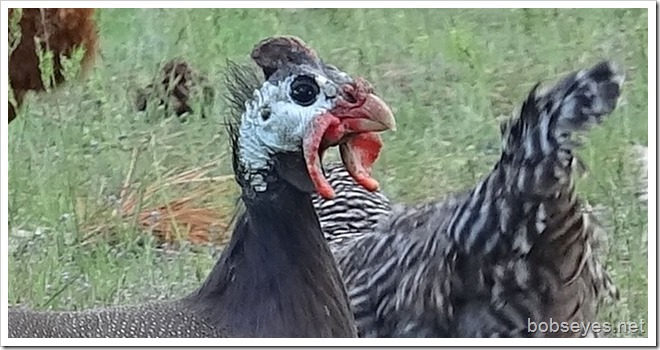 After dinner I walked out this road a bit. 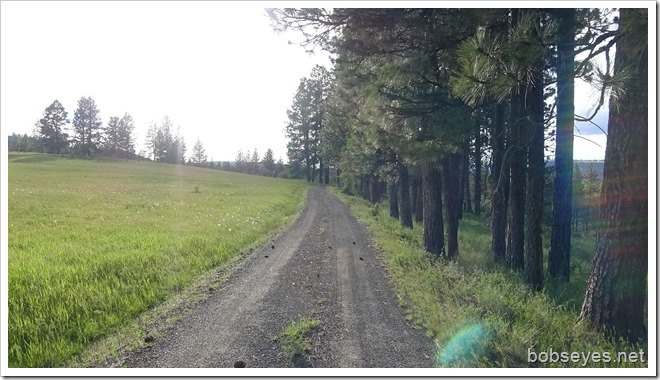 That yellow field is getting more yellow all the time and will soon be solid yellow. 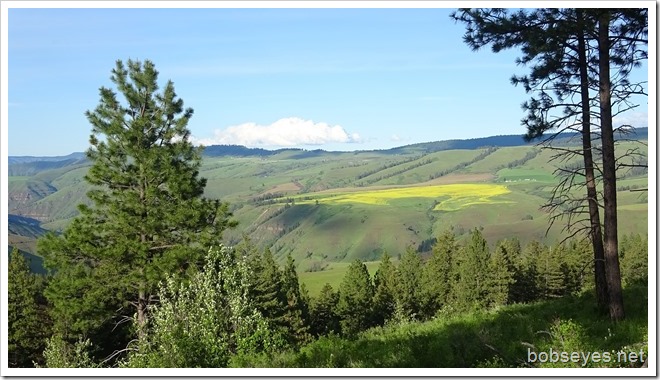 I went back to the house where Dan and I sat around in the yard shooting the bull until it started to cool and we went in for the day.

1 Response to Trimming Lilac Bushes, Propping Up Gates and an Evening Walk