Trimmer/Mower Repairs, Some Fire, Some Work and Rob and Ross Visit

I let the chickens into the raspberry patch to do they thing first thing. 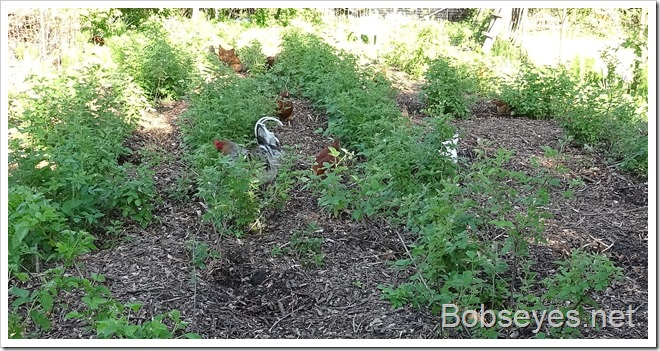 Then I tried to start the trimmer/mower. I put some gas in it and pulled the rope and gas started to flow out the carburetor. Darn.

So that meant I’d  have to take the carb apart and free up the stuck needle valve that lets gas into the carb as it must be stuck open.

That turned out to be a big job as I had to take a bunch of stuff off the mower engine to get to the carb so I leaned the mower up against this barrel to keep the gas in the tank and not all draining out as I worked on it. 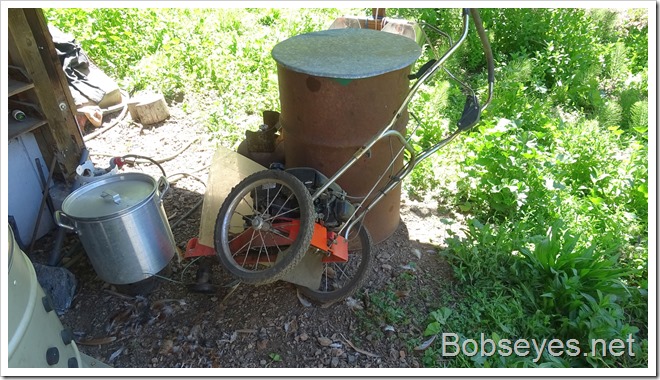 The needle valve was stuck alright, stuck tight so I worked on freeing it up and put it back together and checked for gas leaks. Well that worked, no more gas leaks, but. 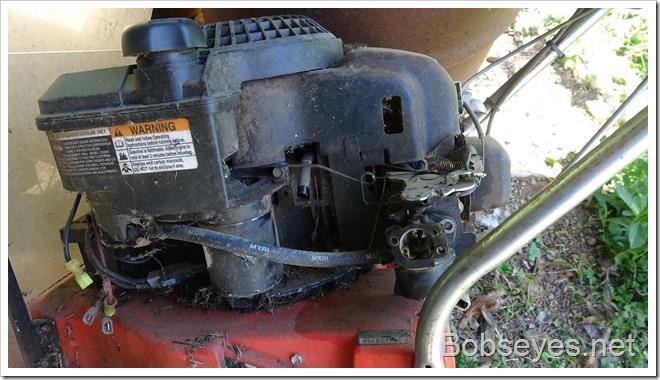 Now it wouldn’t start so I checked a few things then pulled the spark plug out to check for spark.

A  bit of fire

When I pulled the rope to test for spark there was a spark alright but there was also a lot of gas in there that shot out of the spark plug hole and caught fire. Oh, oh.

I had a pretty good flame and thought I could put it out by blowing on it which mostly worked and I got it out before it did any real damage.

It wouldn’t start so I had another look and noticed I hadn’t put the spark plug wire back on the plug. An older age thing I think.

Started but no go

Anyway I put the wire back on the plug and pulled the rope and it started but now I couldn’t get the spindle cutter to spin and wasn’t sure how to make it spin as I didn’t have a manual.

I took the activating mechanism apart several times and I still couldn’t get it so I took it apart again and finally figured out how it worked.

Better than I thought

Now that I had it going I tried it out on some weeds along the house and it did a pretty good job without too much effort which surprised me as I didn’t think this thing would be very good.

I did a patch of ivy before I got too warm as the sun was out just after noon. So I decided to quit until later in the day and moved the mower to the next spot.

A nap and some puttering around the yard followed.

Later in the day I heard someone talking by my front gate and found Rob and his son Ross had come by for a visit.

So I showed them around the yard while we all shot the bull.

We had a good visit and then they headed on up the hill where they live.

We were talking about 4×4 suspension so Rob is checking his out on his truck just before departing. 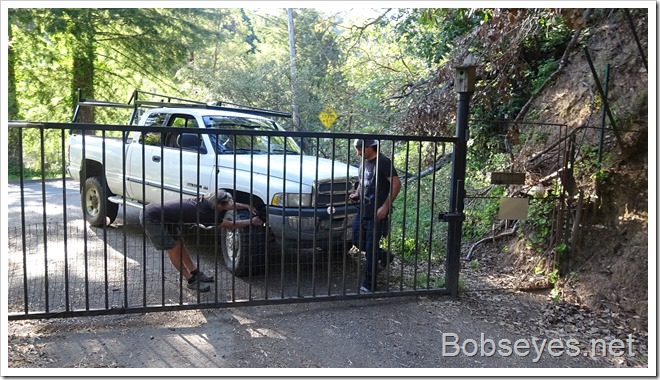 The sun was lower in the sky by this time so I went back to where I  had the trimmer/mower parked. I need to mow that ivy on the left as the chickens don’t eat it and it tends to take over. 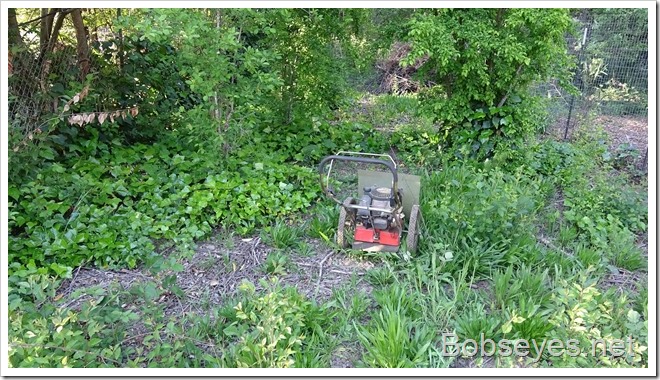 The mower worked real good on the ivy and some blackberry vines mixed in too. 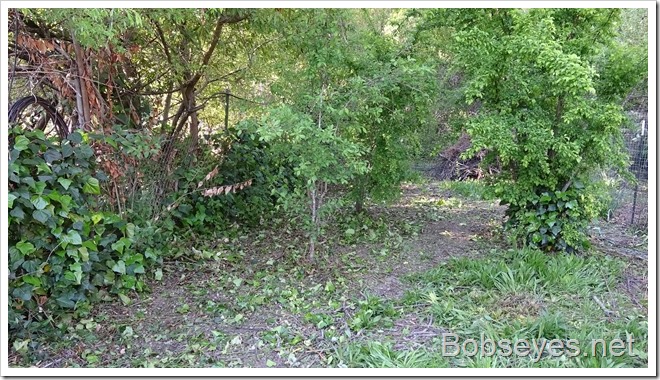 I’ve had this trimmer/mower for around 5 years or more and never used it as I didn’t think it would work well on the stuff around here but I was wrong.

After that it was some chair hopping and some resting and I did some video editing on some big horn sheep I filmed in the Kofa when I was four wheeling with Geogypsy a couple years ago in Queen’s Canyon by Skull Rock. Geogypsy can be heard making comments in the background while I’m talking with a lady looking up into the hills.