I checked to see if the chickens where able to get into their rat proof feeder boxes this morning and all the doors were up so the new improved triggers worked real well.

I next changed the water in my chicken feed sprouts I’ve been working on. I have about five buckets I rotate with an inch or so of seed in each one. Even though it may be good for chickens it doesn’t seem to be their favorite feed but they do eat it. They just don’t tend to gobble it up like I thought they would. This is an on going experiment and requires quite a bit of work to grow the sprouts.

I had an easy day yesterday to rest up so I can work my butt off today and I did. I loaded up the quad runner with the tools I thought I’d need and headed on up to the tank area as I wanted to work on the part of the game trail piping that goes to the tanks.

I checked the water level gauge on the tanks and they were almost full only about a foot to go to be full. 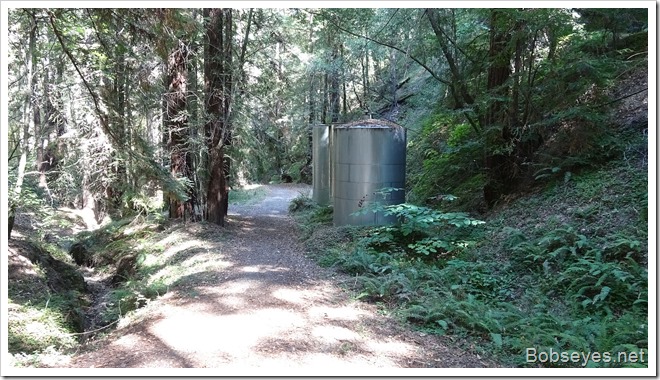 I parked my tools just above the water tanks. The sun was doing some shining down through the trees in the forest making things look different. That sun ray is where the trail is I’m going to walk up and do some work on the piping trail. 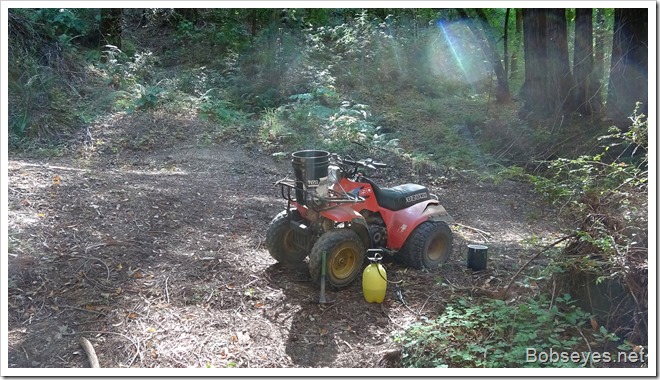 Pipe on the old game trail

Here’s where I worked today on the trail for the main water pipe that I need to hook the new spring into. I think there is another yellow jacket nest here somewhere as they buzzed me a couple times in this spot. I left each time just to be on the safe side as I couldn’t tell where there might be a nest in this spot. There were lots of good spots for them here. 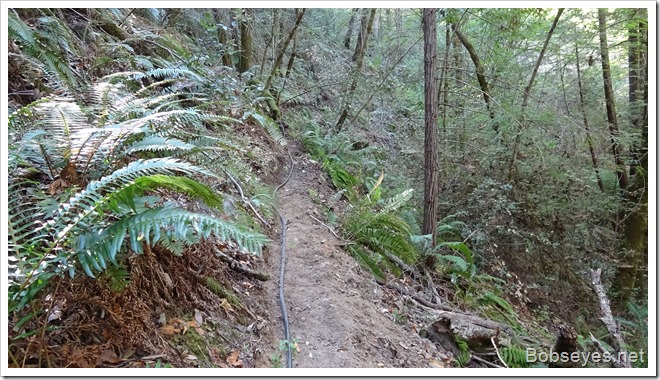 Towards the end of the day I made war on the yellow jacket nests or at least I tried to. The stump down below has the biggest nest so they are more aggressive so I attacked it first. The problem with that one is I know they have a nest in the stump someplace but I don’t know where the hole entrance is. The other problem I realized I have is my sprayer doesn’t spray a nice straight stream but instead sprays a spray so I have to get close to spray and the spray is not getting down the nest holes.

I don’t think I did much damage to the nest in the first stump that is the largest nest.

Maybe I got this one

This second nest is in this stump and I think I know where the hole is. This nest is  quite a bit smaller than the first one and they aren’t as aggressive as the first stump.  I failed last night because I thought the nest hole was in another spot but today I spotted the hole when I checked it for damage. 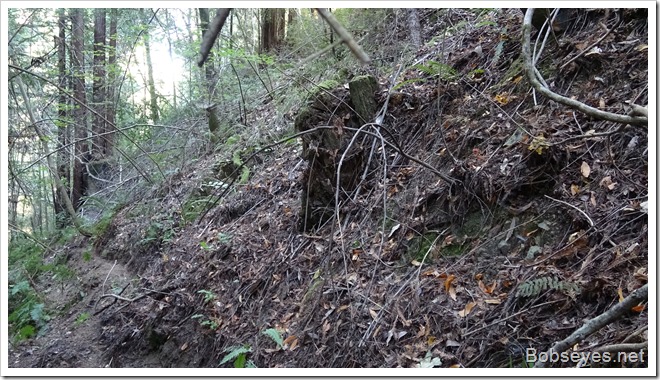 Here’s the nest hole. You could see some yellow jackets if your eyes where as good as my camera’s. 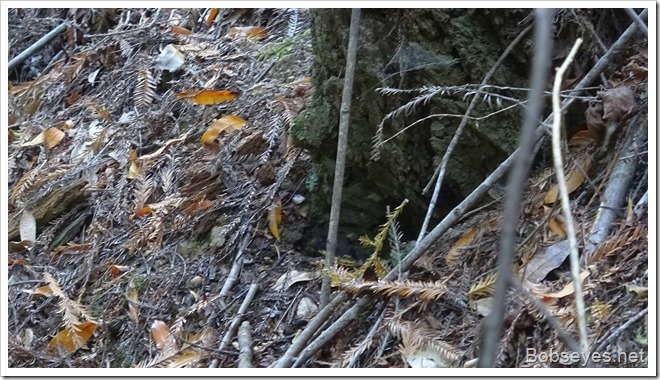 Help you out with that

I blew the picture up and yes there are at least two and maybe 3 or 4 or more yellow jackets in that photo. 1 is right in the center and a bit blurry but what the hey, those are the target. 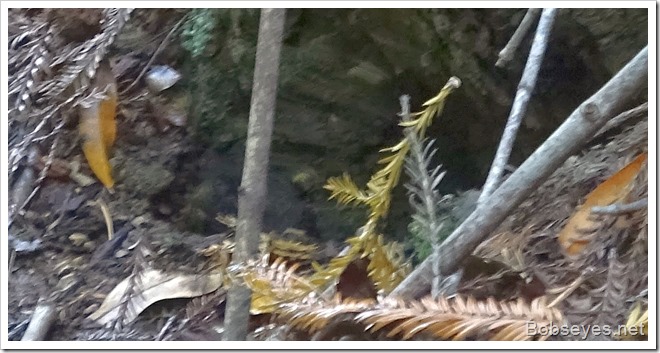 I think I need a better sprayer to fight this war so I’m thinking of putting up the white flag and letting them live.

The only problem is they don’t respect a white flag. :O)

Getting the job done

I got a bit sweaty and dirty today. I was surprised  how dirty when I looked in the mirror. A hot shower of nice spring water takes care of that. :O)

On the way home I stopped at my brother’s garden and ate a few of his strawberries and found a good apple on the best apple tree.

But before I got to the strawberry patch I had to go by this carrot patch so I stopped and pulled up a few of them and took them over to the faucet and washed them up and made them disappear. 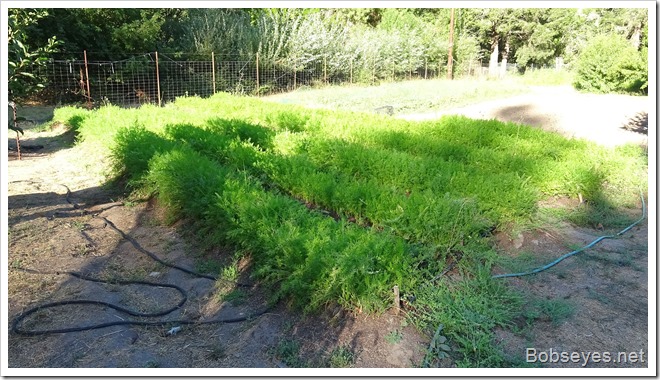 Coffee and a rest

I ate a few strawberries and my apple then drove the Quad on home for a cup of coffee and a rest.

It took a while to get going again. When I did I went out to see how the chicken’s where doing. They seem to be doing well with the new changes so that’s good.

I washed down and drained the five sprout buckets just as it was getting dark.

And that was my day for lots of exercise and got a bit of work done too.