Tried to Visit My Neighbors, Yellow Jackets and Wi-Fi Stuff

Tried to visit the neighbors

I needed to visit with some neighbors to talk about a few things. These are the guys that live way up in the hills.

I rode the dirt bike up there going on this road. 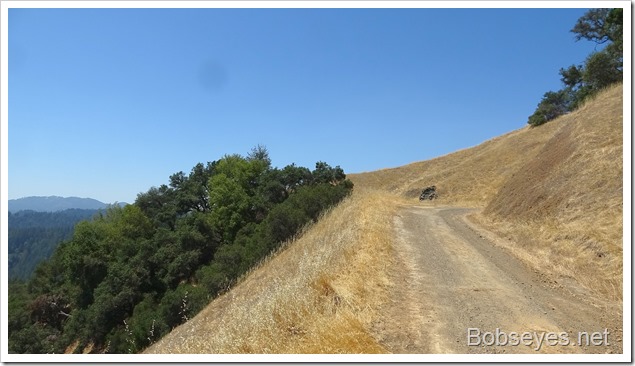 There’s a nice view from that road looking south. It’s a bit hazy, I think it’s smoke and not the usual haze from the fog from the ocean. 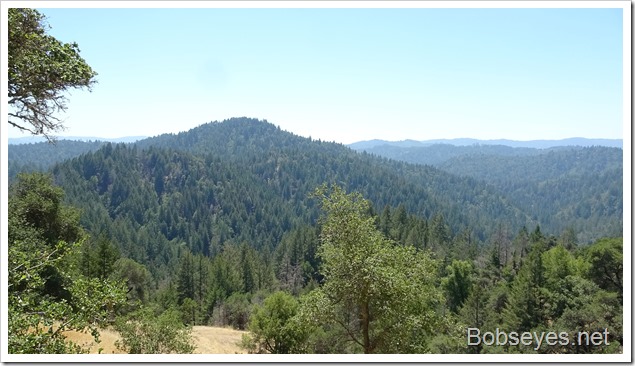 I stopped here to look at a trail the neighbor was making, just over the  side of the road as I spotted it as I was riding by. 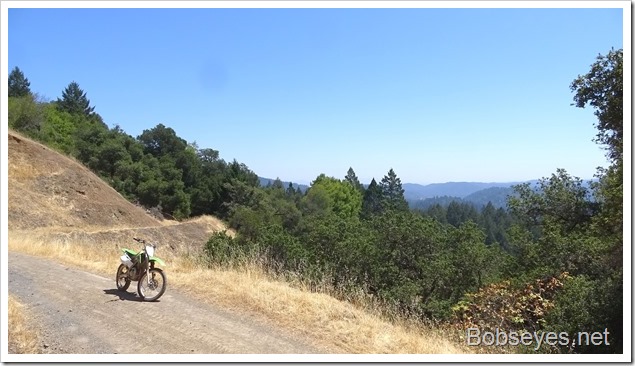 Stick for the dog

I also looked for a little stick for one of the dogs at the neighbors I’ve been trying to make friends with. Bring a stick and the dog is your buddy as he really likes to chase them and then eat them up.

I made it to the neighbors but only the wife was home. The other’s were up on a hill top at a memorial for the death of a recent neighbor. I chatted for only a bit as the wife was busy cooking up something for the event.

I thought about going to the memorial but I didn’t know the neighbor that died, so I headed back to our place as I had a yellow jacket nest to find where I was working on the old trail.

Hunting for the yellow jackets nest

I knew there was a nest close by as they’d stung me twice in the last two days. But so far I wasn’t able to locate the nest.

Today I was determined to find it so I went to the spot near where I thought it was and sat down in a chair and watched for a flight pattern, some where on this hillside. 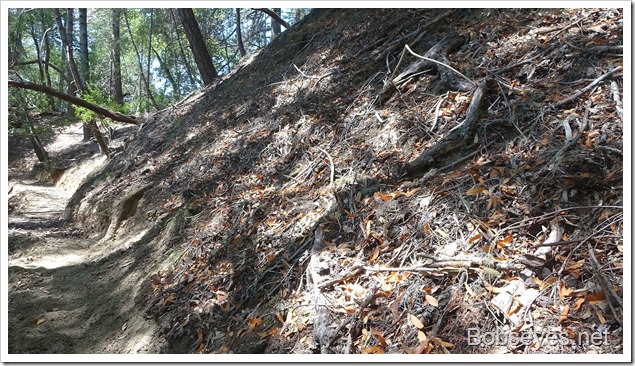 Bigger nest than I thought

Because they only stung me twice, I thought it might be a small nest in the ground but when I did find it there were lots of bees coming and going, so it was a larger nest than I thought.

Since the hole was in all the tree debris it was hard to remember exactly where it was so I spent some time pin pointing it for later.

I will have to come back during the dark to do them in, soon.

They didn’t get me today as I was real careful not to get too close to them.

Clearing the road of rocks

That done, I headed towards home the long way and stopped here to throw some rocks off the road. 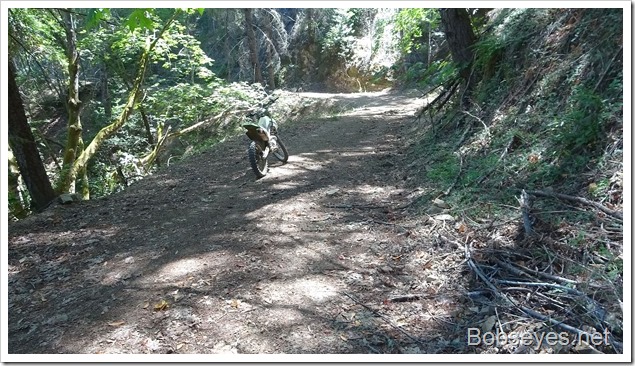 These rocks were larger ones and would not be good to hit with the dirt bike’s tires. 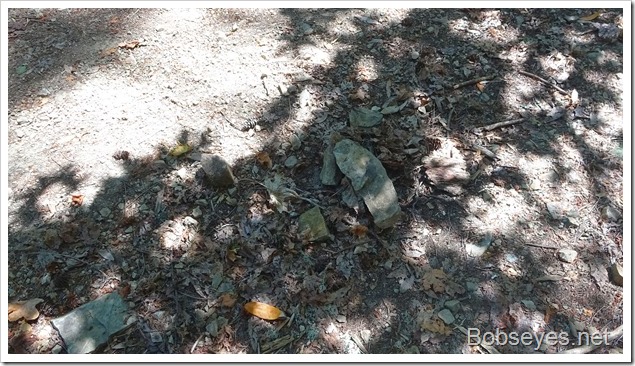 I made it home ok and had something to eat and a nap.

Trying to improve the Wi-Fi in the yard

Later in the day I worked on setting up the Wi-Fi extender I just got. It seemed simple enough, just use the genie to set it up, they said. Sure. 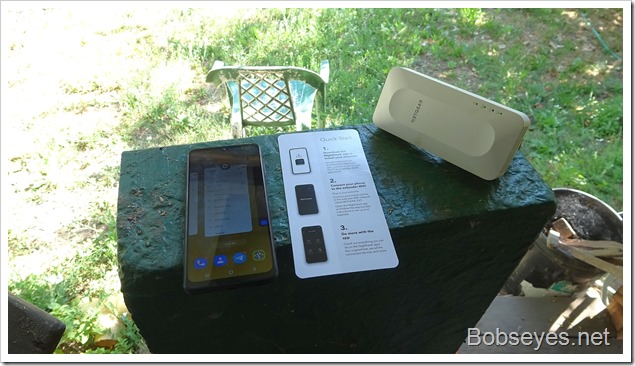 Sure, try the Genie

I tried the genie a few times but it wouldn’t setup, so I used the old tried and true way and set it up manually.

Locating the best spot for the extender

Once it was set up I walked all around the yard with my phone with an app to measure the signal and even went up on the house’s rooftop to check the signal there to see if that would  be a better place to install the unit, but it wasn’t getting a good signal up there.

I worked on that until it got dark on me and will have to do some more work on that to try to improve the signal.

1 Response to Tried to Visit My Neighbors, Yellow Jackets and Wi-Fi Stuff