I could hear it raining as I woke this morning, so no reason to get up and  get it going until later.

Once I got it going we were getting showers more on than off, so I decided to go down to Guerneville and shop at Safeway for some stuff to eat.

One last time on the chainsaw

That didn’t take long, so after a break I decided to work on the old chainsaw I’ve been trying to get going for a couple yearns now and haven’t been successful yet.

I needed to either get it fixed or retire it. I’d try one more time so I could clean up the mess that’s been sitting here for a couple years. 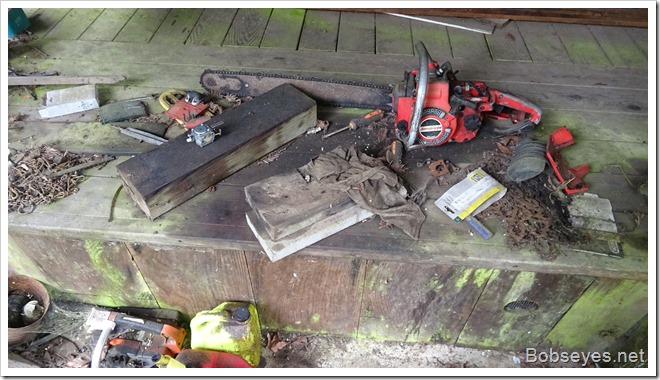 Carbs been rebuilt for awhile now

I rebuilt the carb about six months or so ago, maybe even a year? But I’ve been working on too  many other things to install it, so today was the day as it was a job out of the rain.

Here’s the carb that needs to get installed. 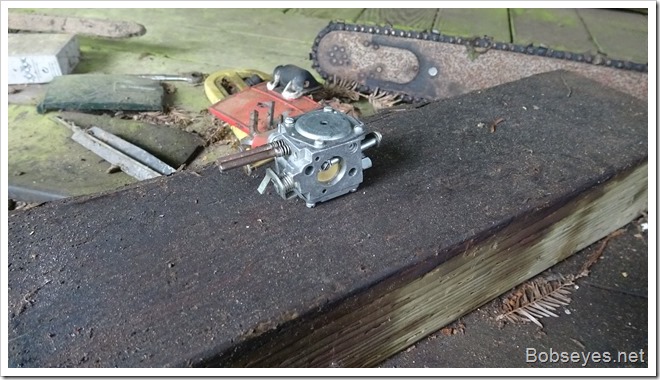 Still can’t get the saw to run

I found all the parts and got it back together. The problem it has is the carb won’t suck up gas, so it won’t run. I got the starting fluid out and gave it a shot and it ran a little until it ran through the starting fluid and stopped. I worked on it for a bit, but finally got tired of pulling the  starter rope, so gave up on it for now. I’ll try to get it going one more time and then it’s parts for the other saw as I’ve run out of ideas.

After a break the rains had mostly stopped so I decided to move some mulch dirt to the garden enclosure. I just happened to have some extra mulch dirt in the driveway that needed cleaning up. It’s mostly forest leaves that have been mulching for a couple years.

This is the mulch dirt I shoveled in the wheelbarrow. 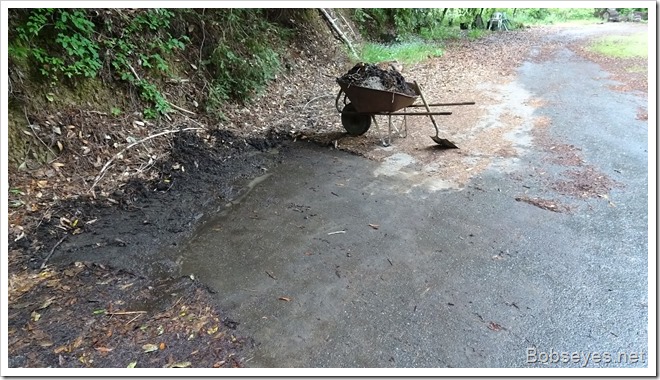 I had some white sand lift over from the well drilling operation so I added some of that to each load to help keep the dirt loose. I used what I had and I think I could use a lot  more of that sand as it does help to keep the dirt from packing in. 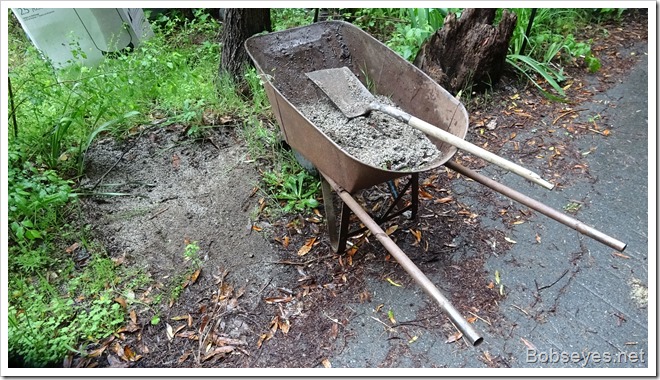 Filling up the sides with dirt

I  moved the dirt to the new garden enclosure to fill up the sides. It was a good thing I made the sides open up as it made the job much easier. 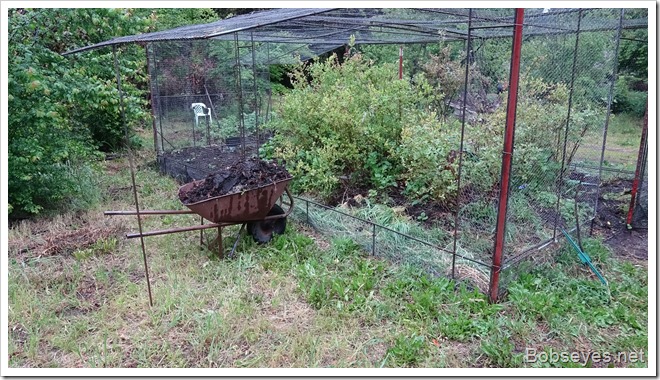 I’ve dumped the load and you can see I’m filling in the sides. 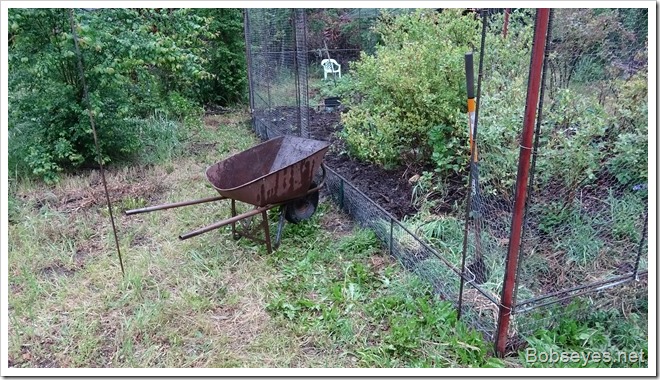 After 5 or 6 loads my back was letting me know it didn’t like to work so hard and the rain showers started so I had to break for a bit.

I went over and sat under the car port in this spot until the showers slowed up some and I did a couple more wheelbarrows before the showers turned to rain and I had to retire to the house for the rest of the day. 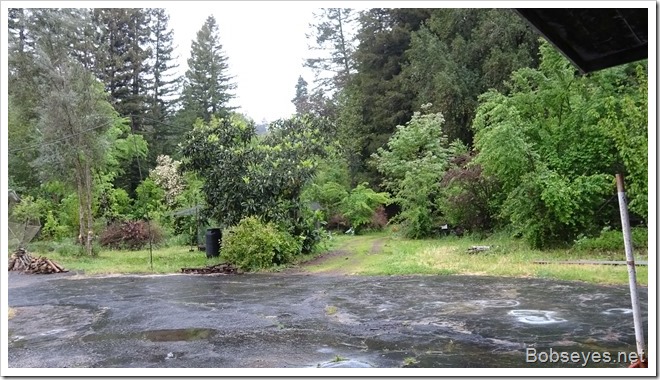