I broke camp early this morning and was on the road to Winnemucca around 8:30. I wasn’t sure when the eclipse was today, but I hoped to be north of Winnemucca when it happened if possible.

I had to drive down this mining haul road for a couple hours. I passed by this water truck filling with water to water the road. No dust. 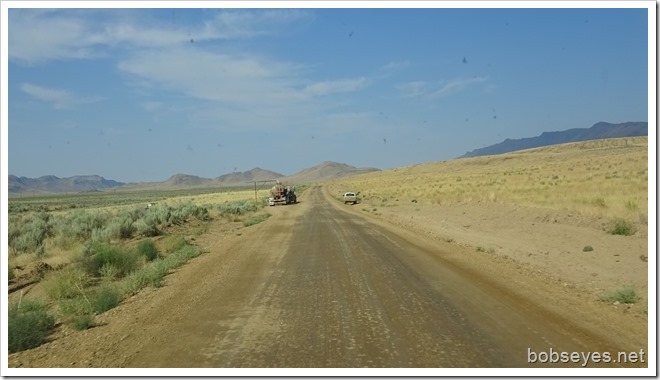 I was on highway 80 near Winnemucca when I detected the sun’s eclipse was on around ten AM. The sky was hazing over and I was seeing people outside their cars looking at the sun. 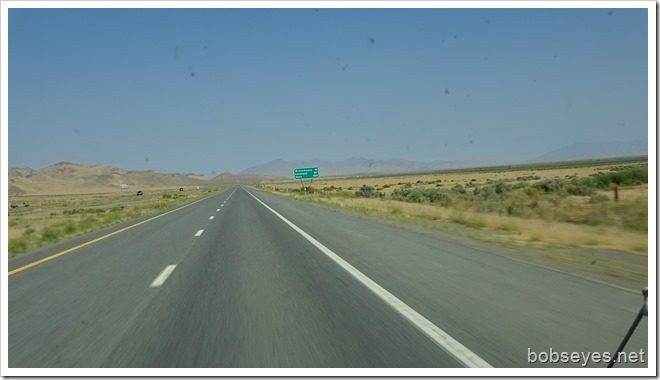 I gassed in Winnemucca and went to Wal-Mart to shop. Lots of people outside in the parking lot looking up at the sun. I looked up and could see some of the sun was being blocked alright.

After that I went to McDonalds to post a blog, but it just wouldn’t do it even though I tried for over an hour. I went to another fast food place and tried again with the same result. Fast food places must have a way to block stuff like posting blogs?

So I went downtown to the Winners as I’ve had some good experiences with them over the years doing business. I parked in their parking lot and yes they had free open internet and I was able to post the two blogs I had written. Thanks Winners.

I headed north on highway 95 for about an hour then turned west on highway 140 headed towards Oregon.

Highway 140 is long with very few cars on it. Relaxing with no stress. 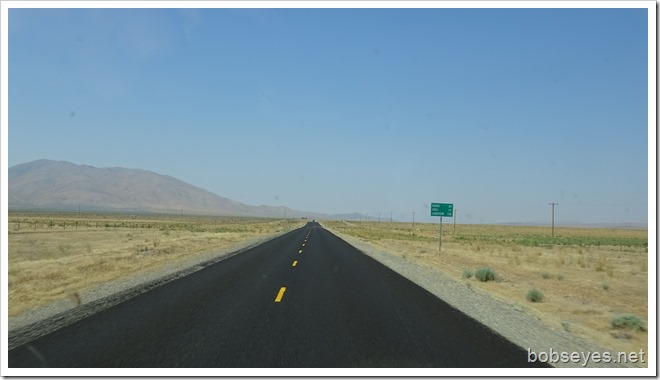 ‘Very few cars on this road. 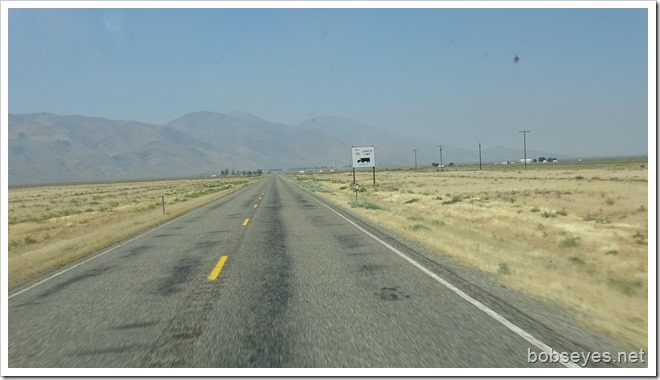 The road went through different types of desert. 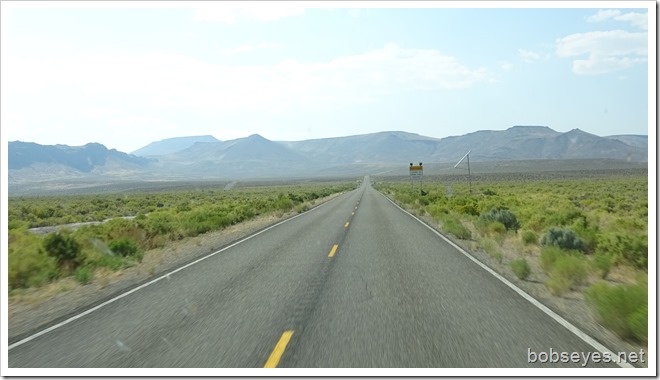 But it was mostly like this for a couple hours driving, even after entering Oregon. 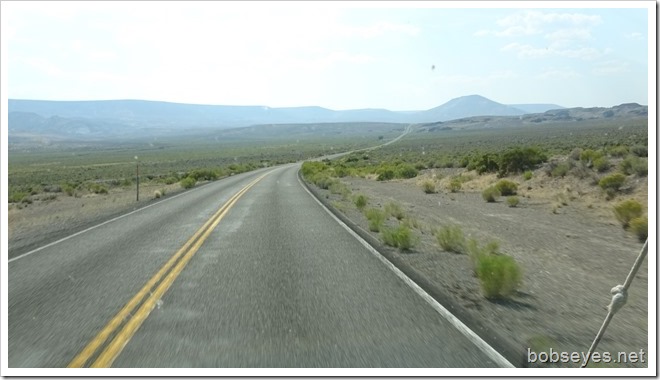 Camp in a road kill dump

I was ready to make camp for the day so I was looking for a side road to do so. I pulled into a road that turned out to be a road department dump for road kill animals. I set up camp and was going to stay here and see what kind of animals came in the night to eat the fresh road kill of which there were two deer. 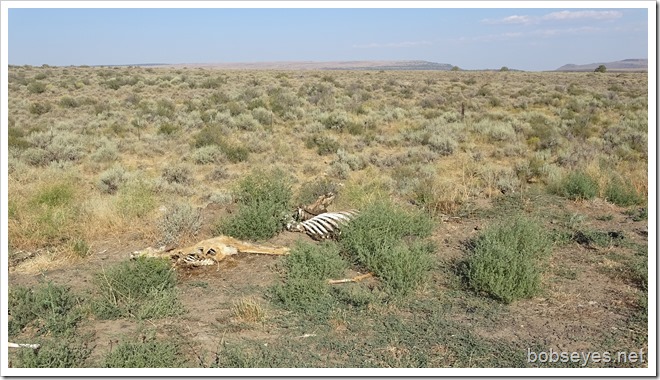 But after staying there awhile, the smell started to get to me as the wind would waffle around, so I decided to leave and look up the road a bit more.

Eventually I found this spot. I parked on the dam and set up camp.

Shortly as I was reading a book, I looked up to see two deer getting a drink of water. 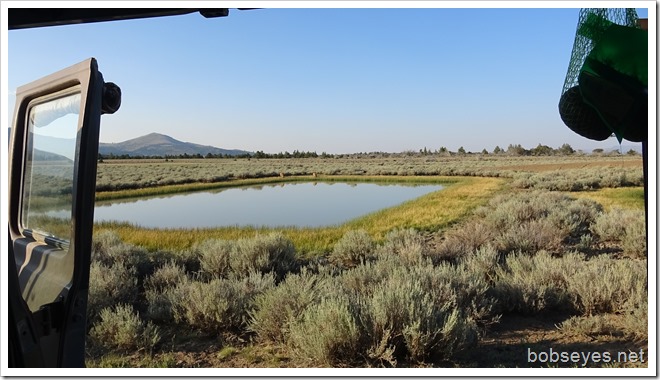 The van makes a good blind

Two deer getting a drink of water as I watched from inside my van, which makes a good blind. 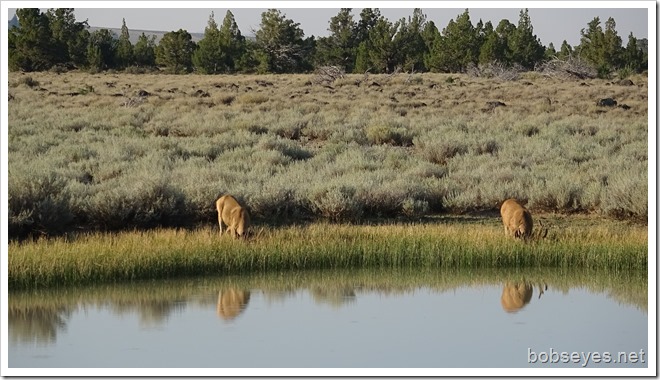 They turned out to  be two bucks. 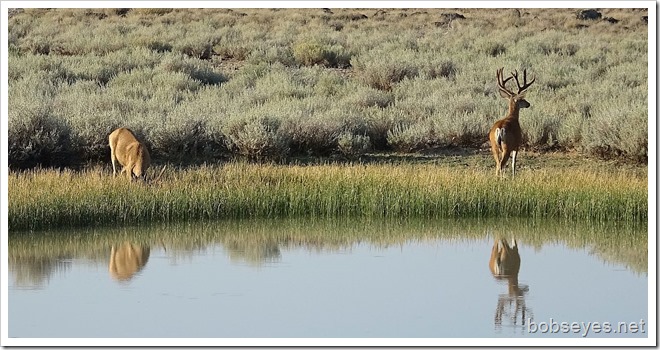 See two bucks after they got their drink of water. 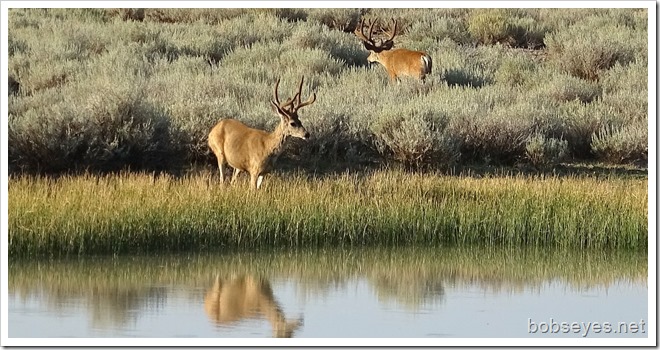 About a half hour later I saw some more movement by the pond. Two antelope wanted a drink of water so I watched them. 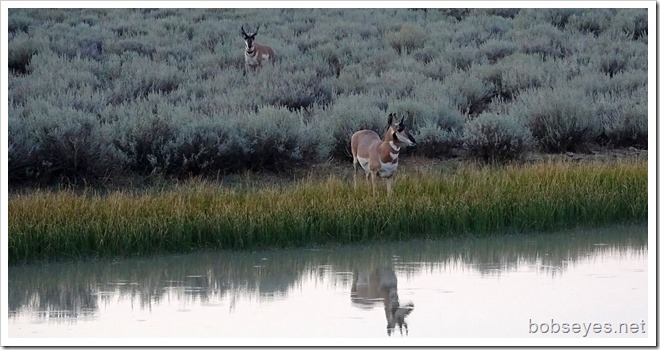 They weren’t real sure about my van being parked there, but eventually they too came in for a drink of water. 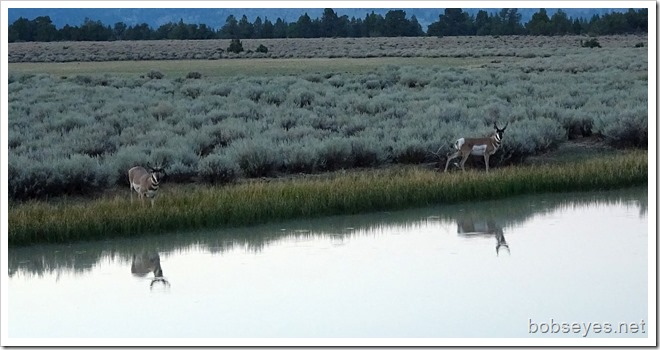 Here’s one of the antelope as it looks up from getting a drink of water. 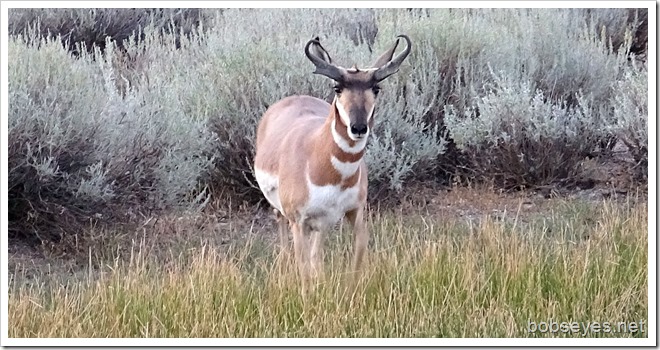 They followed where the two deer went over to a grassy field not far from the pond where they ate grass. I watched them until it got too dark to see anything.

Tomorrow I will continue on to Lakeview Oregon where I hope to post this blog and get some gas, then continue on west across Oregon heading for the coast, Port Orford.