We had a nice night at this spot and got back on the Warner Rd around ten this morning. 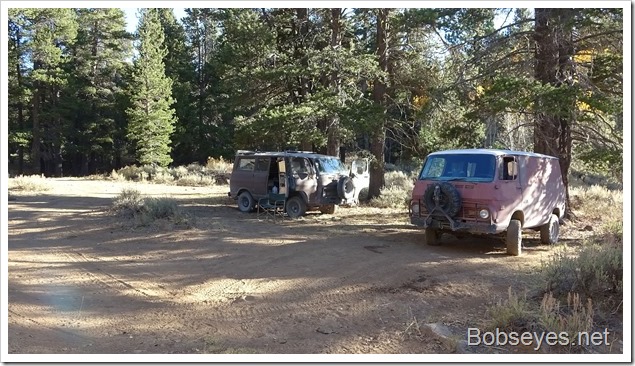 We were coming out a side road onto the Warner road and stopped here to check the maps to make sure we were headed in the right direction. It’s easy to get turned around on these type roads. 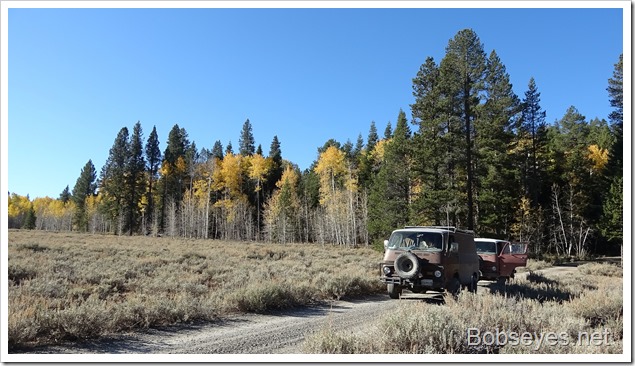 We traveled a ways on the Warner rd. as it was heading west and would come out at Likely on highway 395 which was a bit north of where we wanted to come out as we were headed south on highway 395. Warner rd. coming in from Likely was the main road in and in very good shape and went through some real nice country. 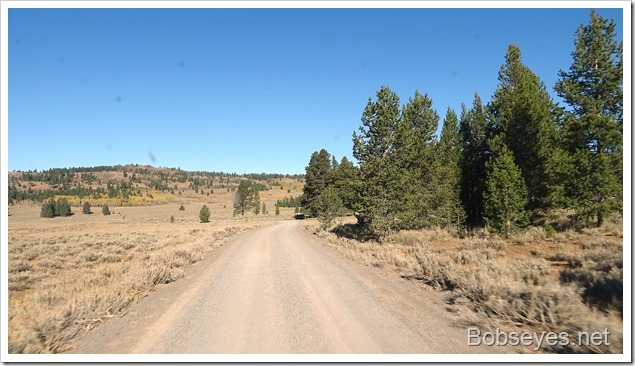 There were big meadows up on the mountain tops. 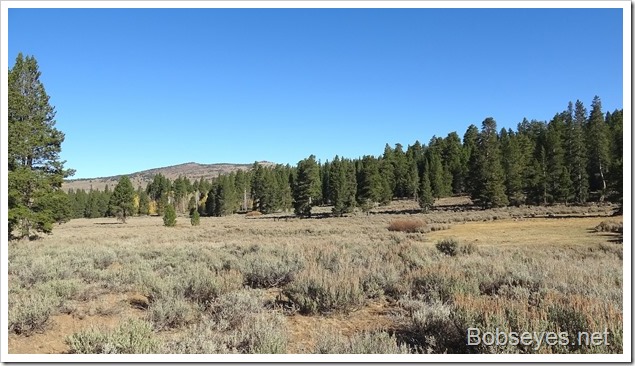 Since we needed to go south more, we turned off on this road, County Road 510 which would eventually come out on 395 in about 30 miles. 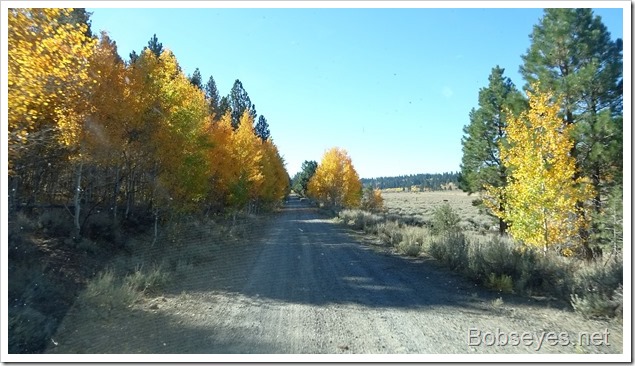 The road was very scenic. We poked along enjoying the road and no one else was on it. 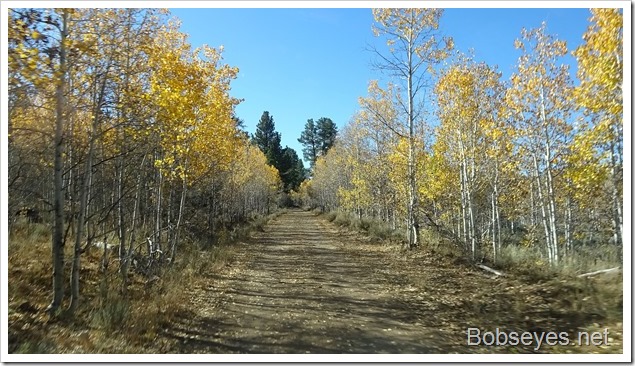 We continued along this road dropping elevation as we went. 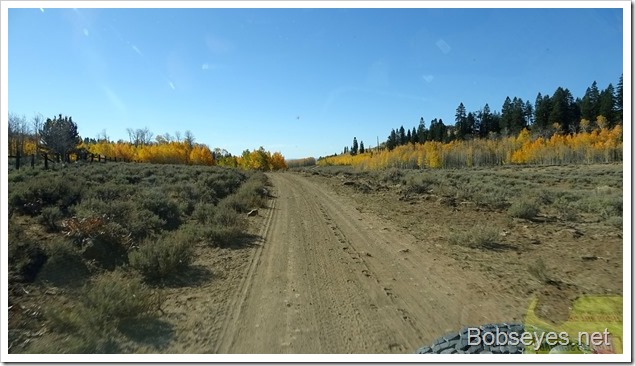 As we dropped, the scenery changed too. We came out of the Modoc forest and onto this private land that seemed to be owned by a large cattle ranch. It was all open with no signs saying you can’t do anything, so it was much the same as the Modoc National forest as far was what one can do here. Camp where you want. 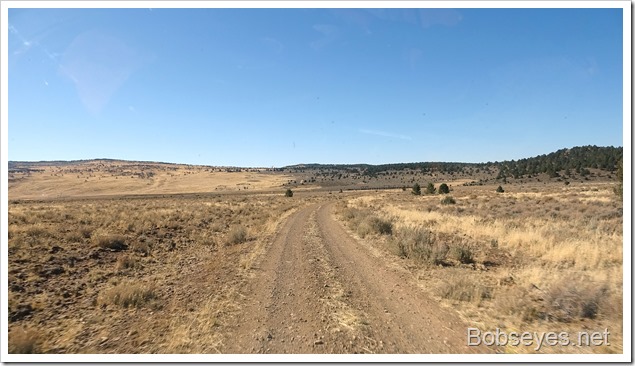 Cattle working area up ahead

We could see a huge cattle working area just ahead, which usually means the road will get better as they bring big ten wheelers into these spots sometimes, so the roads are usually improved. 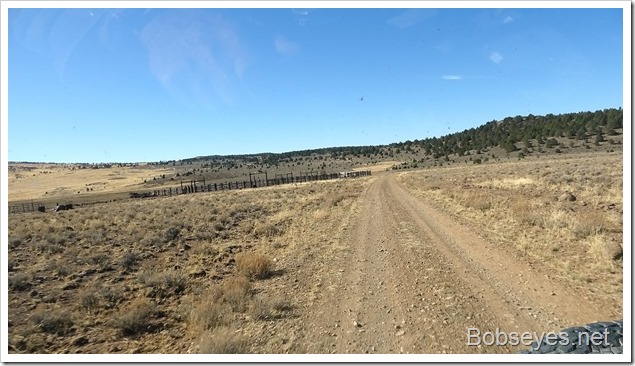 We stopped to read maps and take a break here. This is the first cattle working area that I’ve seen a big scale built into it. It was a big old fashioned scale that was inside a big steel box, but not locked. Maybe they need the scale to weigh them and sell them on the spot where the big trucks haul them off to the new owners. the scale was big enough that they could weigh a bunch of them at the same time. 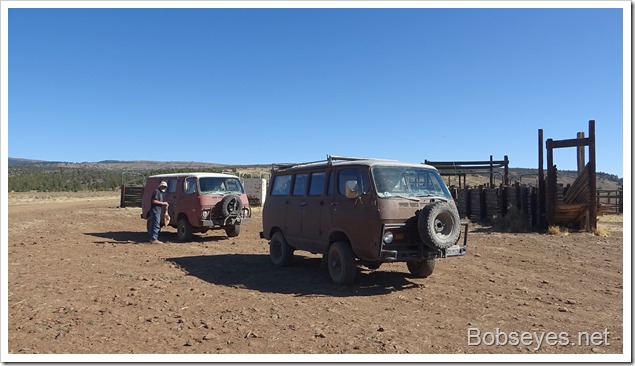 I took off before Marty as he has to avoid the dust so he usually follows way back. But I stopped to check out what the sign had to say. Looks like we are headed in the right direction. 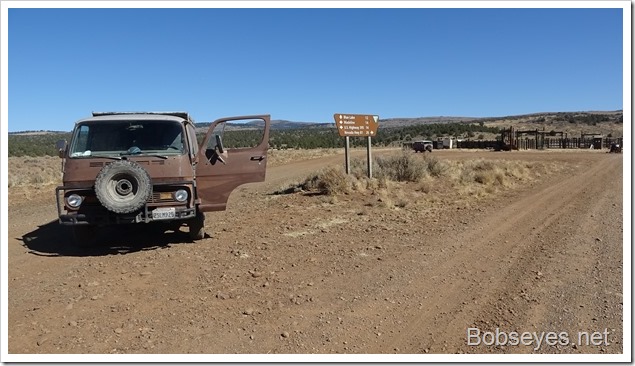 We continued to drop down the mountain with highway 395 not far ahead. 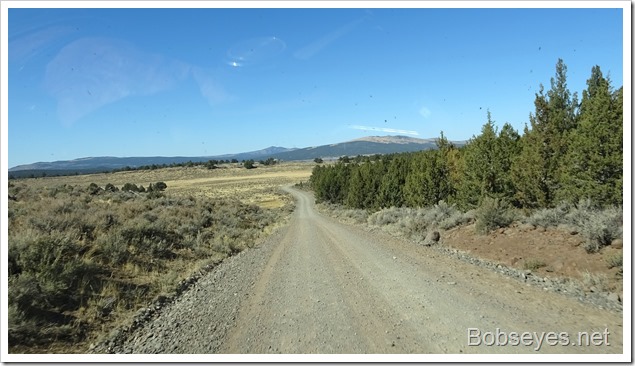 It took us quite some time to get down off the mountain, but now that we were on Highway 395’s pavement we made good time. We were able to gas up on the way at a small station so we had full tanks of gas which is always nice doing this sort of thing. We traveled 395  for just over an hour with light traffic. 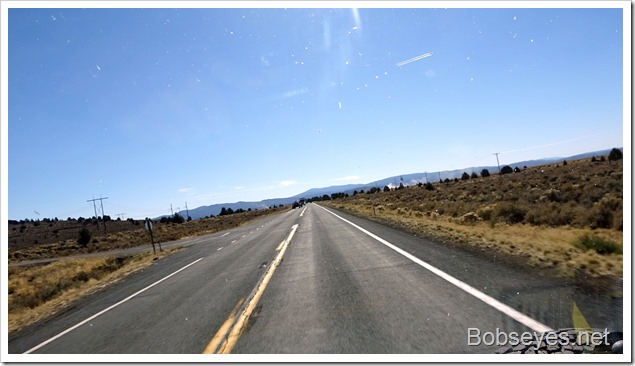 Looking for our camp spot

We were headed for a camp site we found on the way up so I let the GPS lead me back to it going down this forest road. 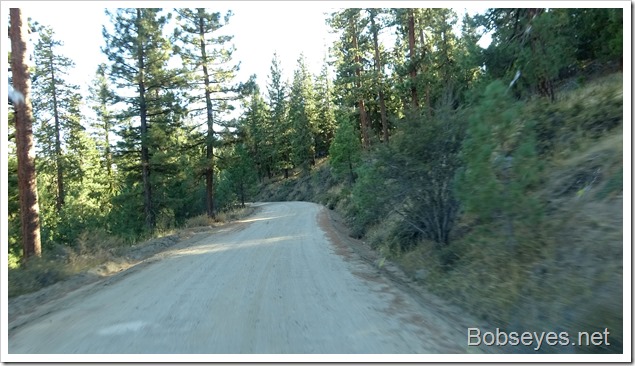 The GPS took a different way to the spot near were we had to be but when we got there we were sorta on the lost side as far as just where that nice camp spot was, by the creek with beaver.

We checked maps and discussed the situation and rode around, sometimes coming back to the same spot for an hour or so.

We were about to give up and just camp as van’s can camp most anywhere, when I finally recognized the road to our camp spot, only about a mile up the road.

It was good to see the side road that led to our camp spot and we took it and set up camp for the night.

We need to keep heading south and heading towards home to the west. Tomorrow’s camp needs to be near Downieville CA. to set as up for the final leg home on Saturday.