Traveling North On the Wall Canyon Road in Northwestern Nevada

Posted three blogs so far today. The first ones are under this one. Use Recent posts in the side bar to read them in order,or the older posts button at the bottom as each page only holds two posts.

Back on the road

Interesting. I can’t remember the camp we left this morning, but no matter, we had a leisurely morning and were on the road about 11.

Not far up the road from were we camped we saw this old cabin off to the left with a road in to it so we turned in to check it out.

It appeared to be an old cowboy line shack. The cabin on the left is actually one of the first trailers. It’s built of all wood with 8 bunk beds in it. I suppose it could of also been a hunting shack in later years. 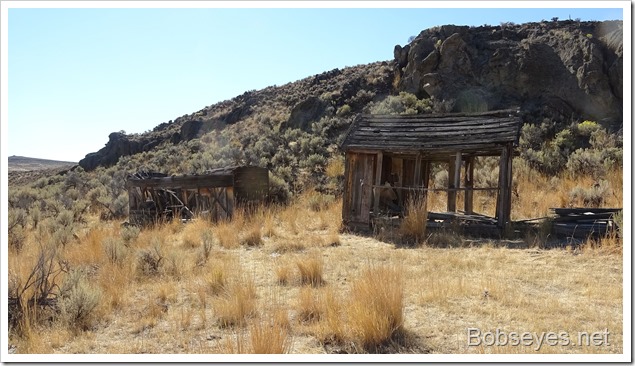 We walked on back to our rigs and got back on the road. 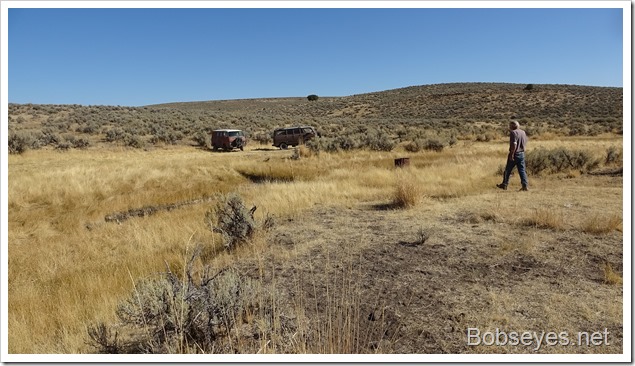 The road was mostly pretty good with some rocky parts in it. We plowed right on through as this was easy compared to what we have been doing the last few days. 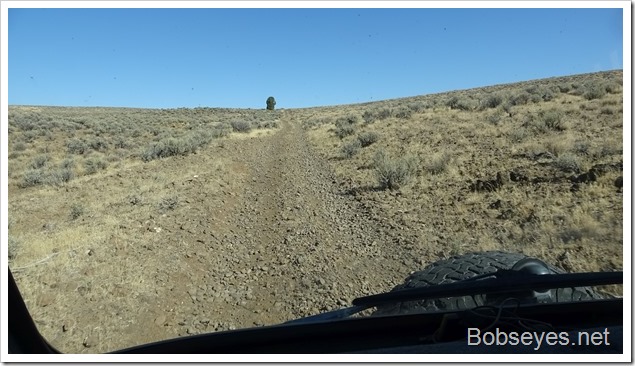 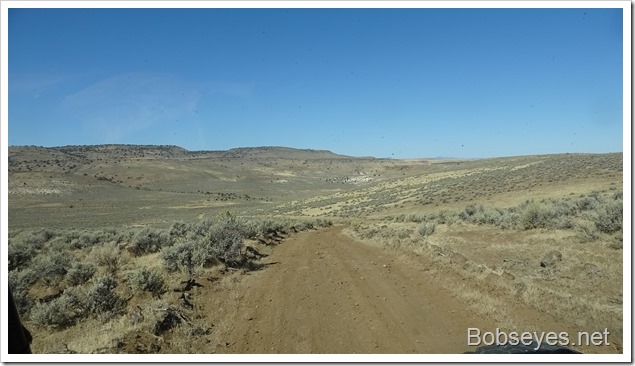 And this road was a better one we used for a short distance. 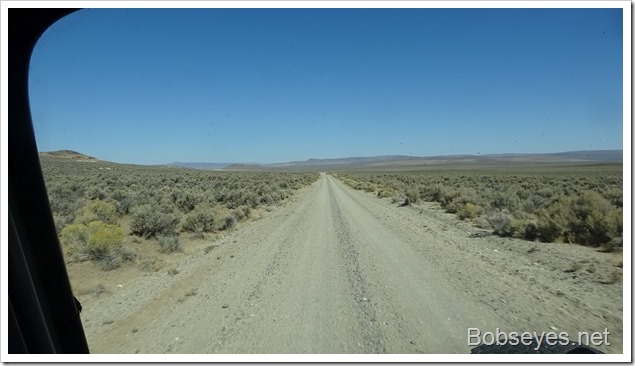 And we even got to go about five miles on this main one, which was nice after all the crash banging we’ve been doing. 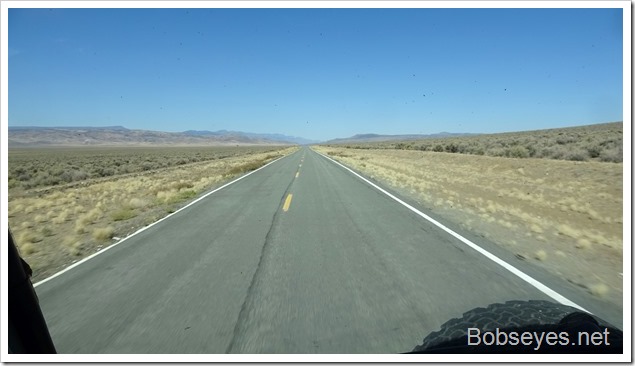 That’s the one we were looking for as it crossed over the hills going north in the direction we wanted to go. We turned into this road which the GPS said was the right road. 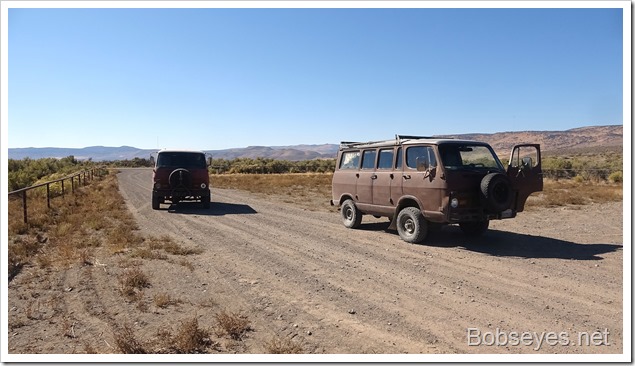 Looking for the road

But it said it was going through this ranch which we wanted to avoid but in the end we went through it as that was the only road we could find, although after we found that one we found we can also get onto it several places up the paved road. No one bothered us, nor did we see anyone around.

The road was pretty soft with sandy but we made it through and let ourselves through this gate when we saw the sign. Oh well, we made it. 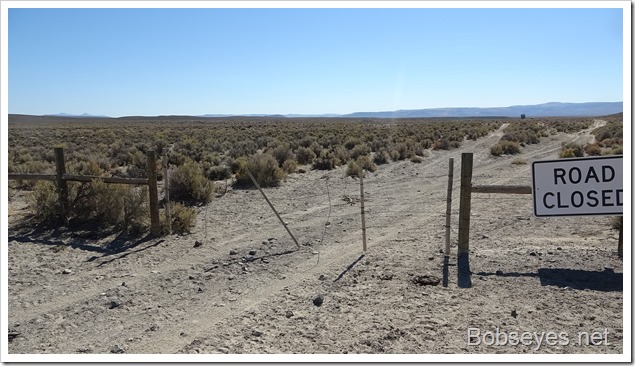 Eventually we made our way onto Wall Canyon Rd. and headed on up it. 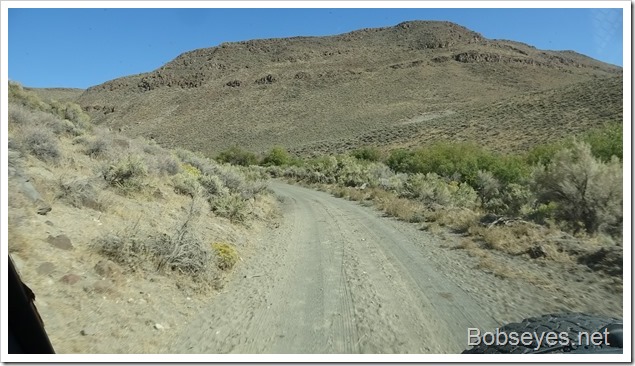 We thought it was going to be a real rough road, but in the end it wasn’t too bad compared to the one’s we’d been traveling on. There were a few water crossings. 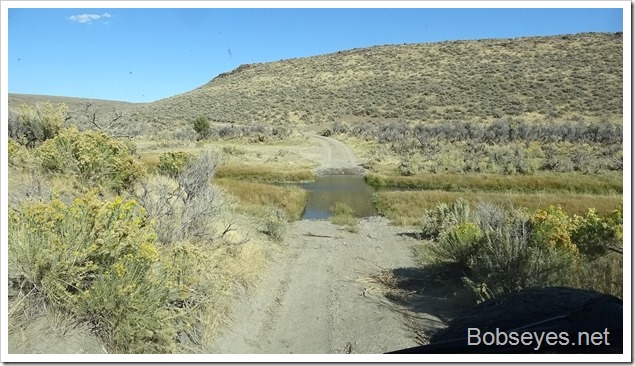 There were some rocky parts, but not bad at all and we made good time. 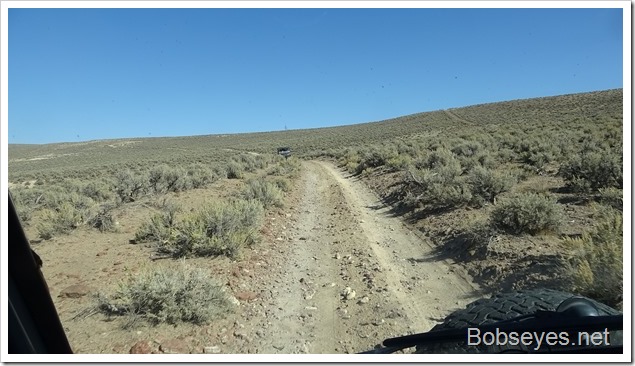 After 3, we start to look for a camp spot for the day. This was the first place that looked good to us. Boulder Reservoir, so we pulled in to see if there were some camping spots that weren’t full of people. It was a boon docking area and almost empty except for a group of people across the water. 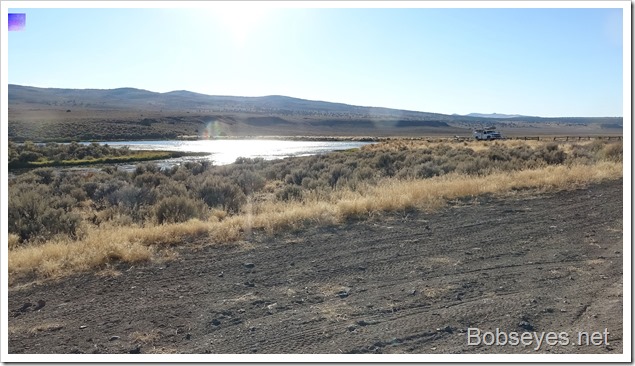 There was one guy here when we pulled in. I chatted with him and he said he was leaving shortly and we could have his spot so we took it. 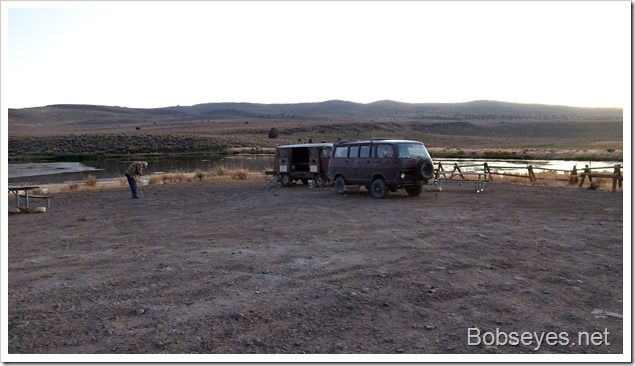 Even though we’ve been taking it easy, Marty is getting a bit tired out as he’s older than I by 6 years, so tomorrow I think we’ll try and hit mostly paved roads and go up highway 95 in Oregon to a place called Rome and find a camp just above there, so we can then continue east towards the Duck Valley Indian Reservation, which is one of our destinations.