Traveling Home, An Oh Oh and Taking Care of the Chickens

A couple days ago

A couple days ago I took Rene down to the ocean and showed him where to poke pole fish and then we went over to Port Orford Head and walked down this trail looking for places to fish for some other time. We found one but I didn’t get a picture of the nice spot.

This was the trail we used to walk out to the Head. 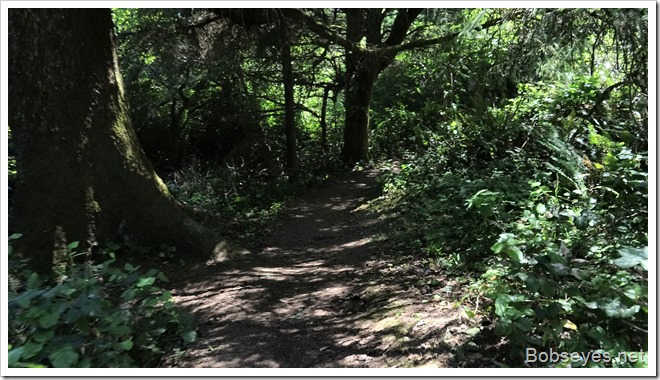 Back at Rene’s we got most of the grass cut and looking nice. 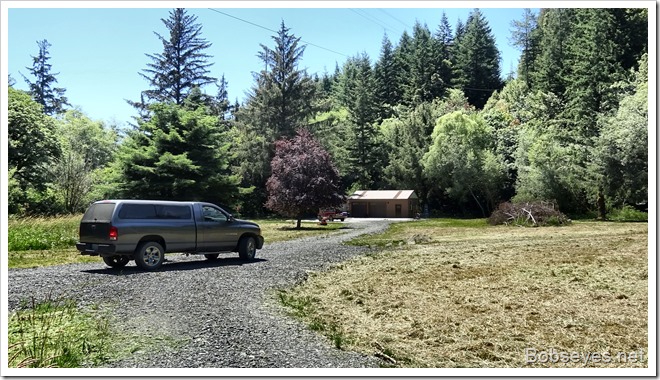 I was thinking of going on home as most of this place is locked up.

The Port is off limits to the public but still a nice picture. 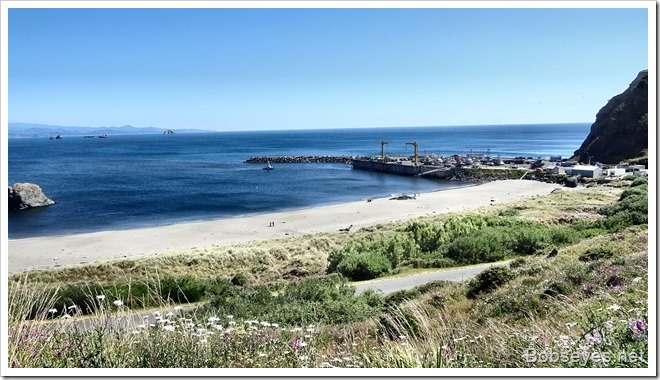 I usually spend some time at the docks watching the going’s on with all the commercial fishing but not this time. They were fishing but no public access. 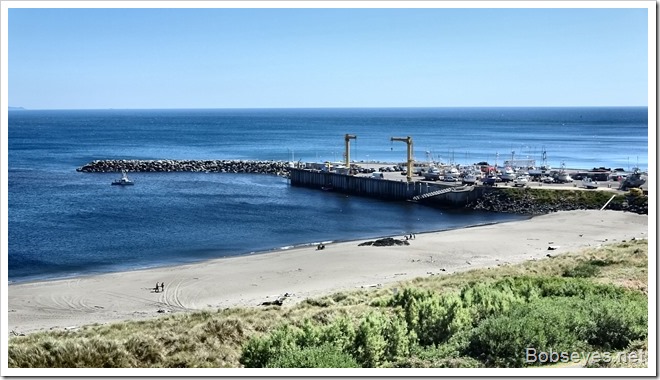 So that night Steve invited me over for a wild fish dinner, fish and potatoes. Yummy. Steve gave me some other frozen fish to take home with me. 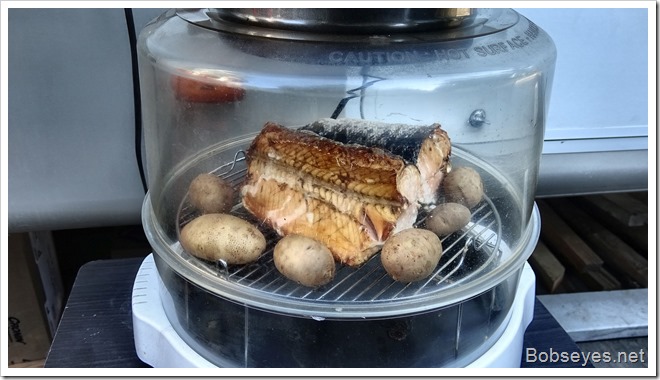 The next day I was off headed for home around 9AM.

Not much exciting on the trip home just a lot of driving. I stopped for gas before entering back into California as gas is much cheaper.

Now what to do. If I stopped the engine on the way home it wasn’t going to start. I needed to do some testing so I looked for a pull off on my road that had a down hill slope so I could start the engine if I couldn’t get it going any other way.

It took about an hour of driving before I found what I wanted and pulled over and shut the engine off. Sure enough, it wouldn’t start.

So I dug around in my tools looking for a hammer but found a heavy pry bar that should do the trick. I got under the van and hit the starter hard with the pry bar a few times and tried the key and it started right up. Ok, I was good to go and if it happened again I had a pry bar to get it going again.

I didn’t have any more problems with it on the rest of the trip home but I’m going to have to take it apart and fix it so this doesn’t happen again in some inconvenient spot.

I made it home around 5PM and was beat so after checking on my chickens which seemed to be doing well that was it for me that day.

Today I was gong to take it easy and mostly just take care of the chickens.

Some new little peeps were born just before I returned. 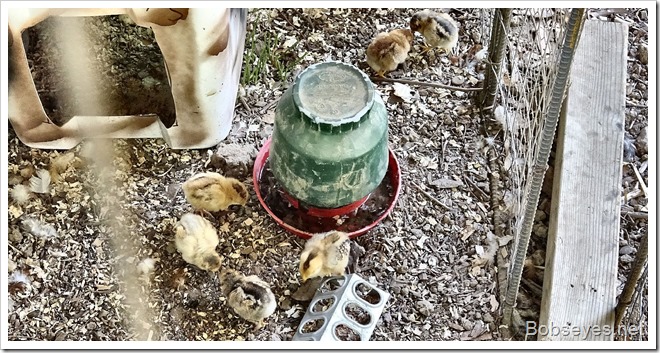 I have quite a few little chicks now but not sure  how many.

Here’s some of them. 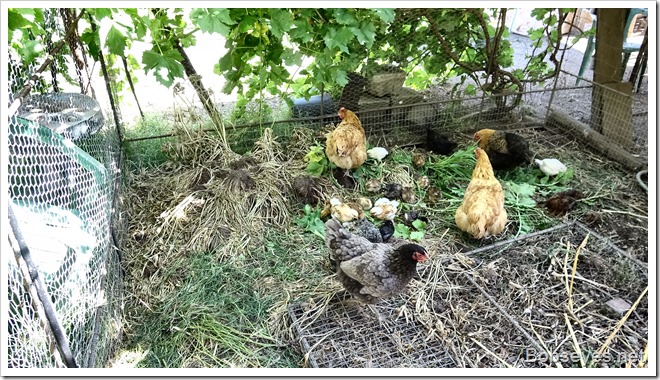 And some more of hem with their moms eating out of a bowl I just put down. 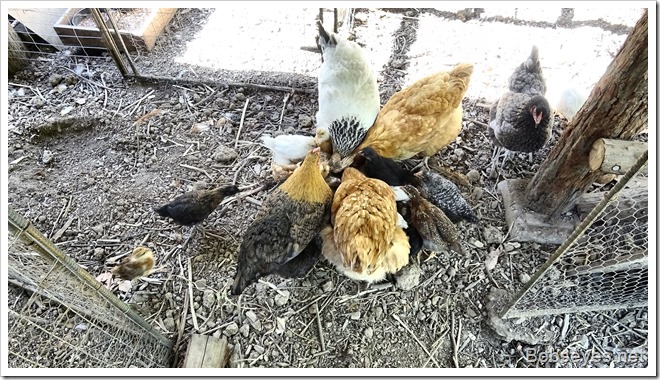 And here’s some of the older ones attacking a food bowl. 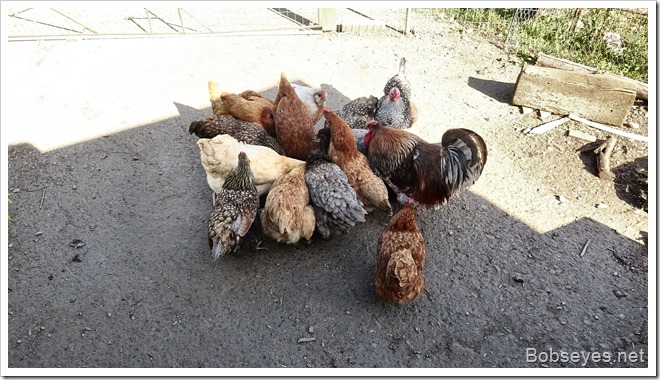 My chicken assistant Dominique pointed out some eggs the chickens have deposited in this mulch pile. 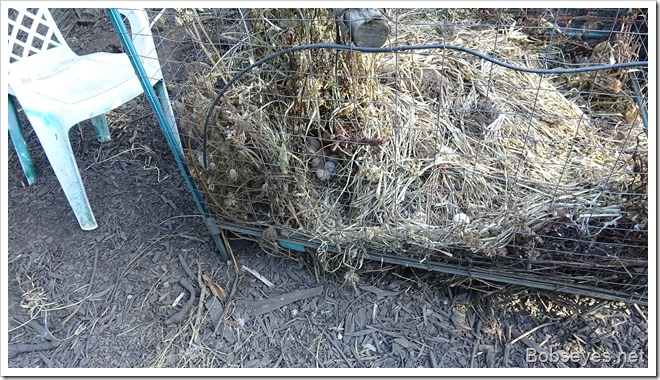 There’s about 12 eggs and no hen is sitting on them to  hatch them out. 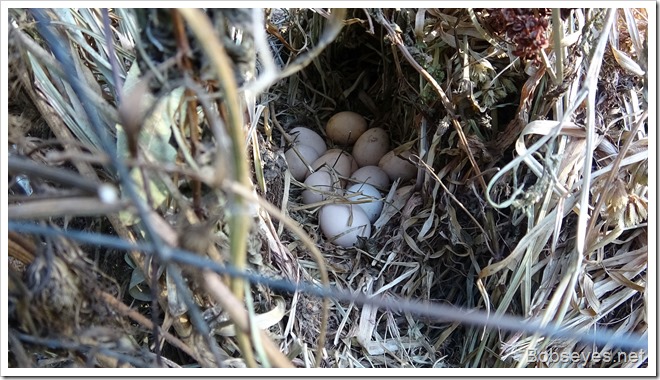 I have broody hen in the egg laying nests so I collected the eggs and put them under her and boy was she happy about that. 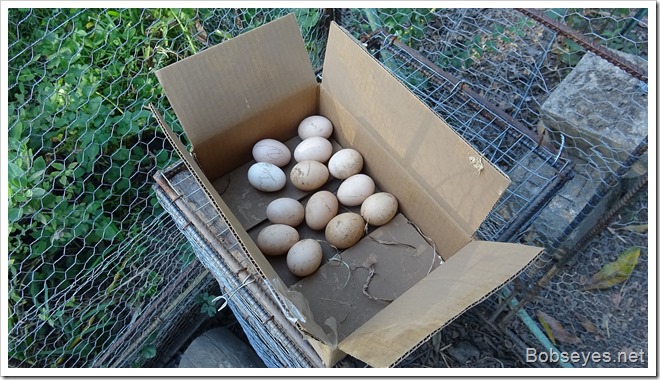 Tonight after it got dark I moved the eggs and the hen into her own nest box and into the young bird pen to hatch them out hopefully.

1 Response to Traveling Home, An Oh Oh and Taking Care of the Chickens