I tried to start my old Toyota that’s been sitting around, a couple days ago. I got it started but it was a lot of work. The manual choke was stuck so it needed some repairs to try and free up the choke so the engine would start much easier. Today I was going to free up that stuck choke. 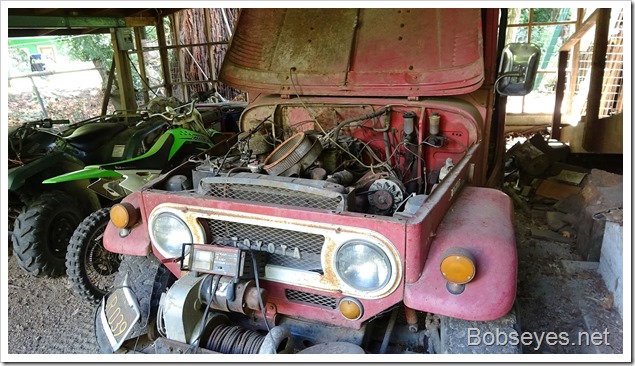 I removed the choke cable from the carburetor as it seemed to be stuck. That’s the throttle cable you’re looking at there and it works ok. 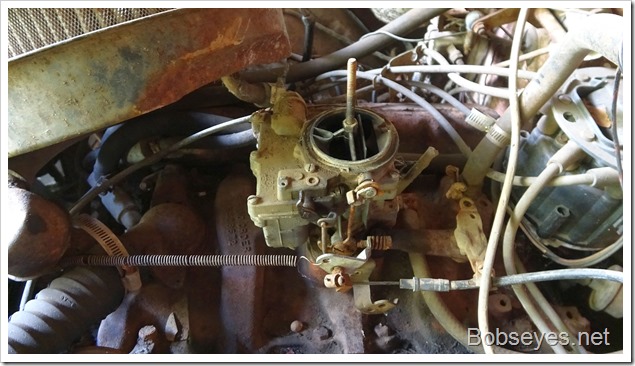 I had to bang on the cable some and worked a bit to get it out of the cover. It had some corrosion on it and that’s why it was stuck. I oiled it up and put some grease on it and installed it back on the rig. 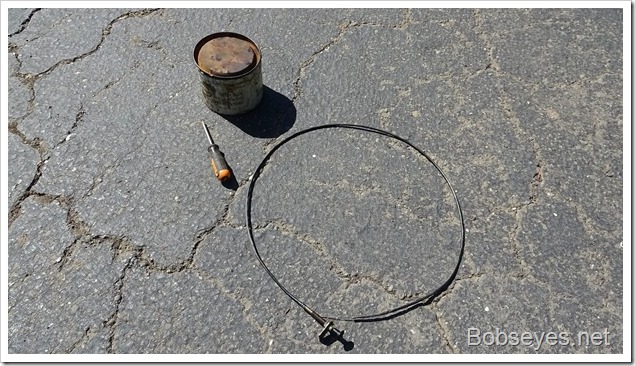 Headed up into the hills

That worked and it started much easier with the choke working. I got my gloves and a sledge hammer loaded up to head up into the hills to move some rocks. 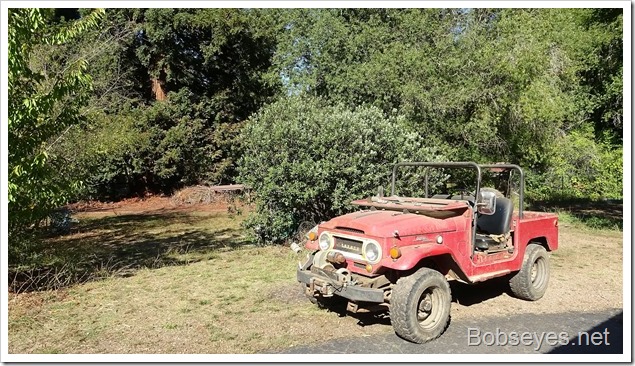 I drove on up to here where some rocks had slid down on the road. They weren’t in the way, but I could use them somewhere else. 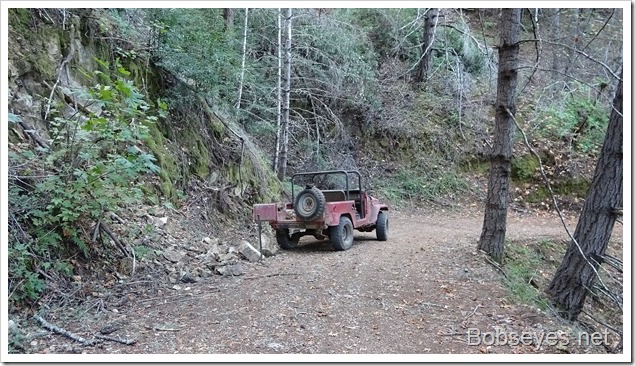 Some of them were larger than I should be lifting so that’s why I brought the big hammer with me. 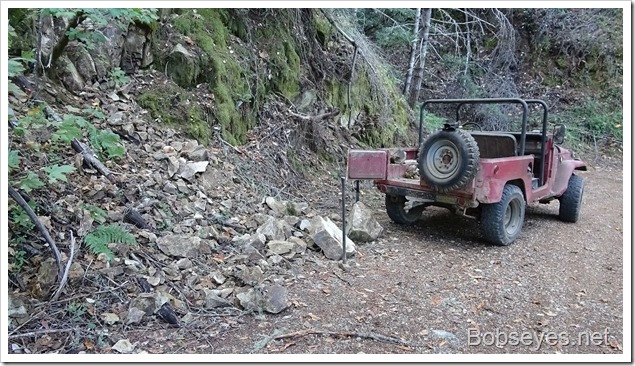 They broke up pretty easily with the big hammer and I started to load up. 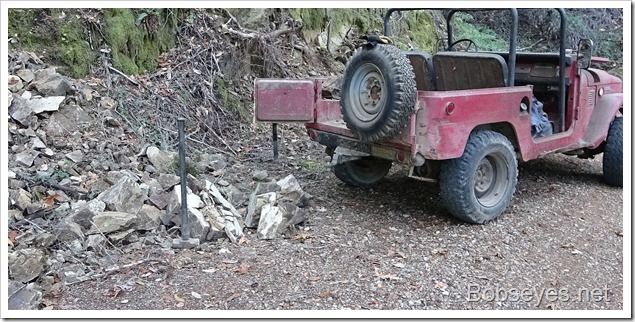 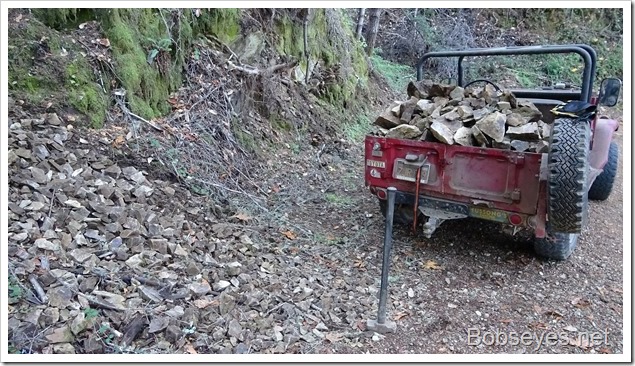 I threw my big hammer in the rig and got turned around and headed back down the hill to a place I needed some rocks. 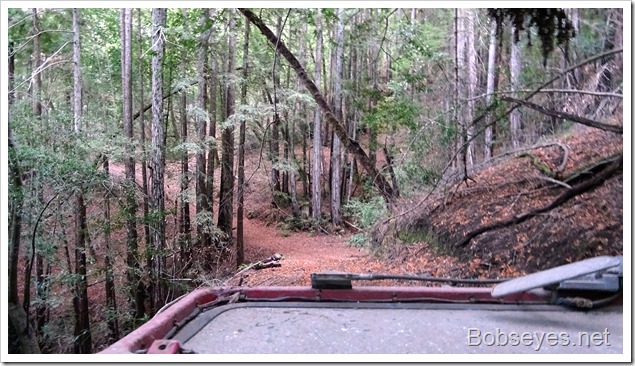 I hauled the rocks to this road crossing at this drainage ditch that had been washing out. 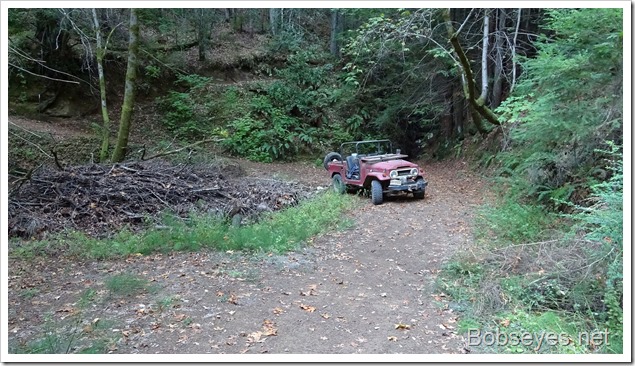 My plan was to use the rocks to make a dam here  that would catch the silts and gravels that will flow down the ditch, with the water, when it rains hard. If I wait for that to happen I don’t have to fill it up, Mother nature will do the rest of the work. 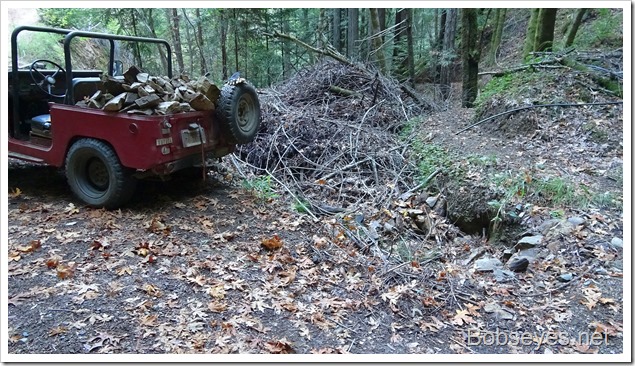 It’s easier unloading rocks, than loading them and I soon had a small rock dam build across this ditch. This is a much better solution than installing a culvert that would plug up. No plug ups this way and no costly culverts to buy and transport back here. A win, win, deal with some exercise to boot. 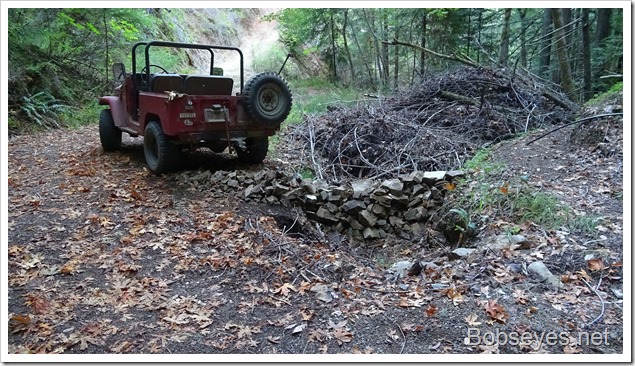 This method will fill the hole up on the other side of the dam, when it rains hard, making the road nicer to cross and prevent any more erosion. 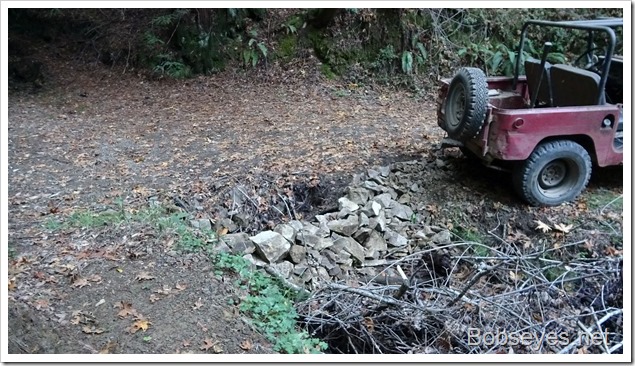 I’d gotten enough exercise doing this and was tired out so I went on home for a nap.

1 Response to Toyota Repairs, Moving Rocks For Repairs and Exercise