Once I got it going this morning I went out to check on the chickens.

It seems they were all full and taking a break in the mulch pen area. 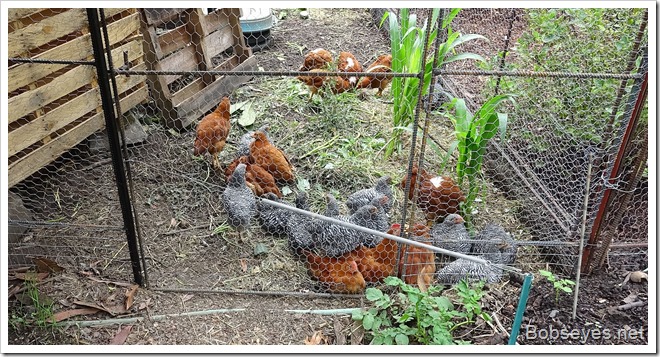 The smaller peeps were doing the same thing. 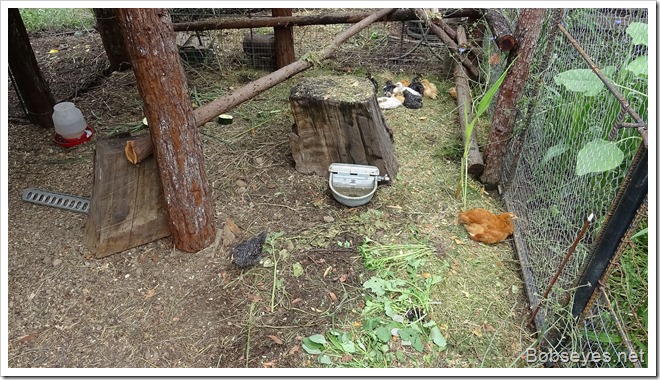 Life must be good if they have time to sit around taking it easy. 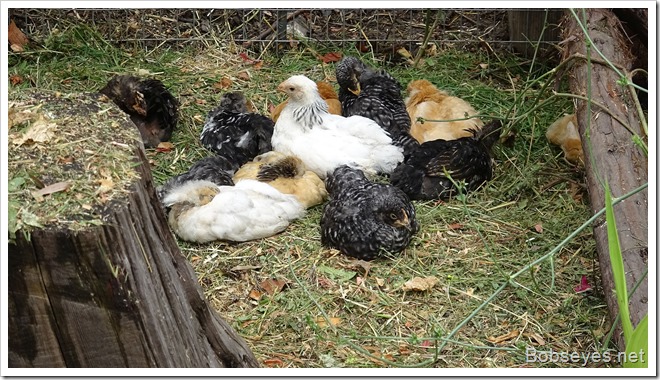 This is the runt from the older chickens that I transferred in with the chicks. She’s been doing pretty well with the chicks. I’ve noticed she breaths a bit on the heavy side so maybe there’s more wrong with her. 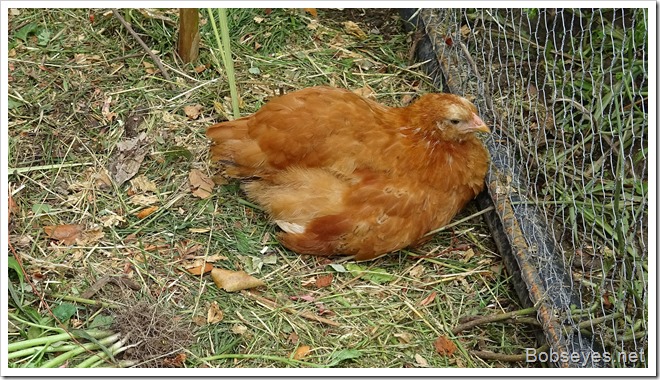 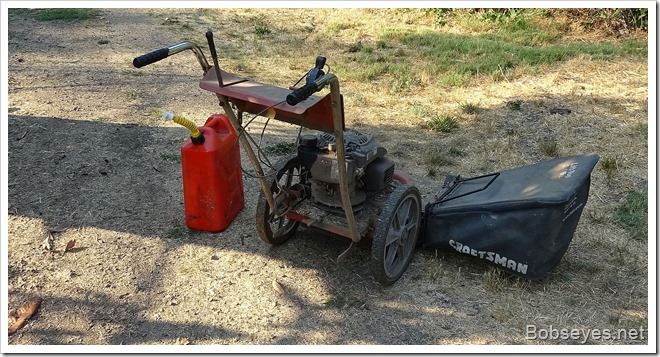 The next project I wanted to do some work on was the fuse block replacement in my Toyota Land Cruiser.

I got it this far off, but there are about 5 wires I can’t get the screws off. 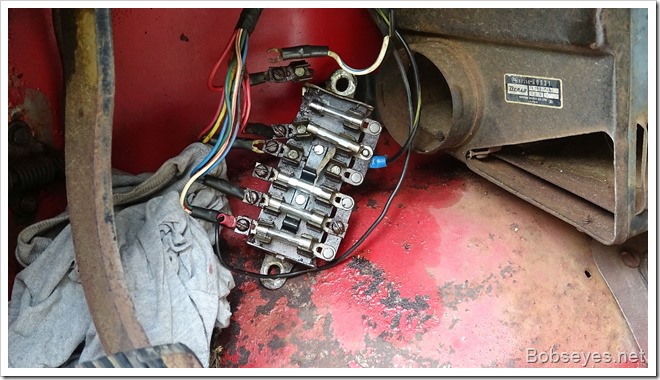 I tried once more with a screw driver, but they wouldn’t budge, but my finger did when I pushed the screw driver into it. I cussed at myself for being stupid and put a glove on and kept at it, but gave up on the screw driver.

I got the hacksaw out and cut the terminals off the fuse block. 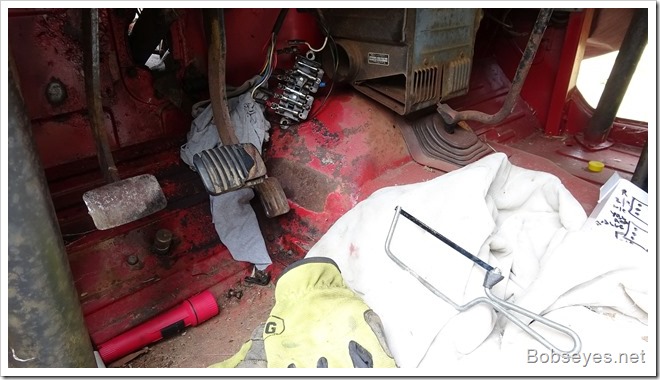 Here’s the fuse block with the terminals cut off so I could remove it. 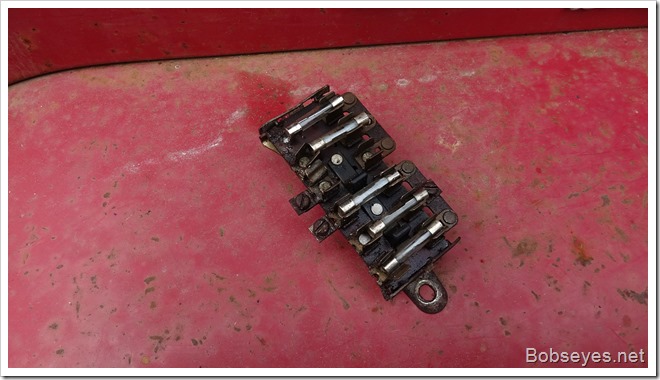 Now to get the screws off the wires

If you look close you can see the screws are still attached to some of the wires. 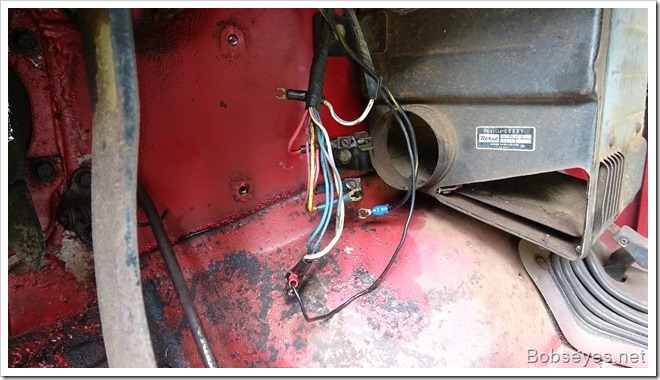 I tried the hacksaw on one of them but that wasn’t going to work.

The grinder and the vise grips

After a bit of thought I got the small grinder and a pair of vise grips out. 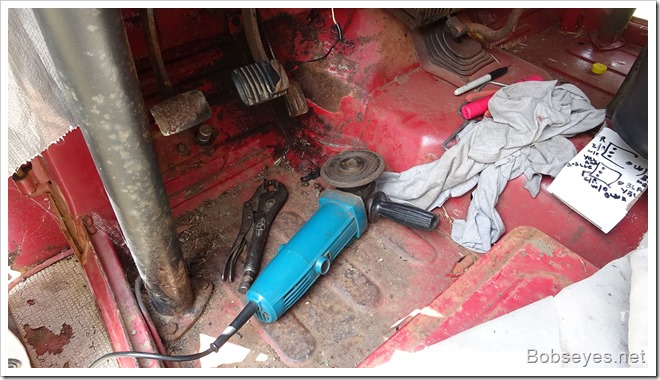 Very carefully I ground the heads of the stuck screws off.

And finally I had all the wires free and ready to put onto the new fuse block. 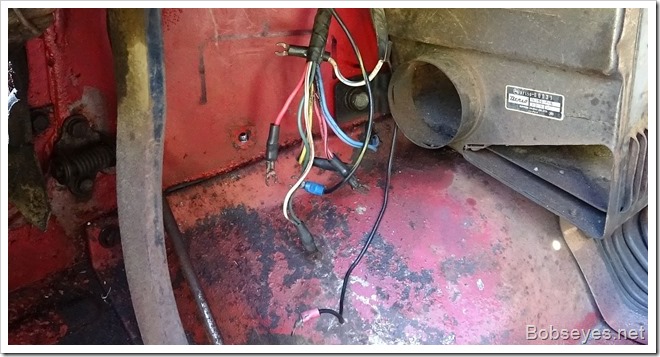 Trying out the new  fuse blocks

I tried fitting the new fuse blocks in place to see how they would go and I set things up to mount them, but didn’t get back to them until evening when there wasn’t enough light under there to see well, so it will keep until it is light enough. 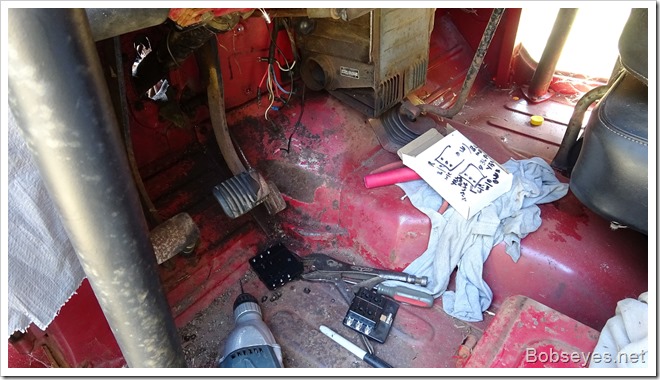 Another project I’ve been working on was to improve the irrigation on the raspberry patch as the plants are doing poorly. I  had all the old recycled tire drip hose collected and ready to repair and put in place. This type of drip has a lot of drip holes so lots more water gets spread out to the fine berry roots. Instead of one hose down the middle of the row, there’ll be two hoses, one down each side of the row where the fine roots should be located.

I worked on that for about three hours as there were a lot of leaks in the old hoses. 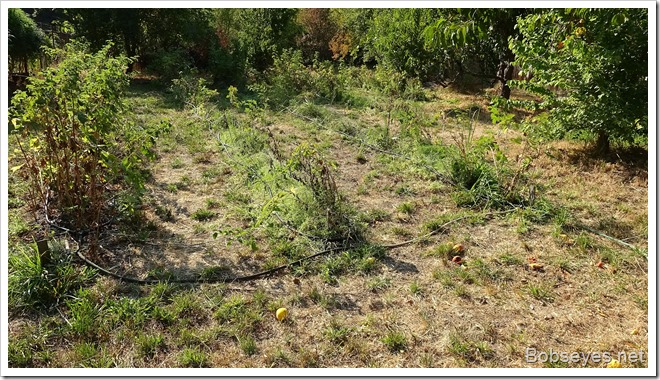 Once that was done and all the leaks stopped I turned the water on and wet things down. Then I rounded up an automatic sprinkler controller and set it up.

After a break, I let the older chickens into part of the vegetable garden and let them feed awhile. They sure love scratching in the gardens. 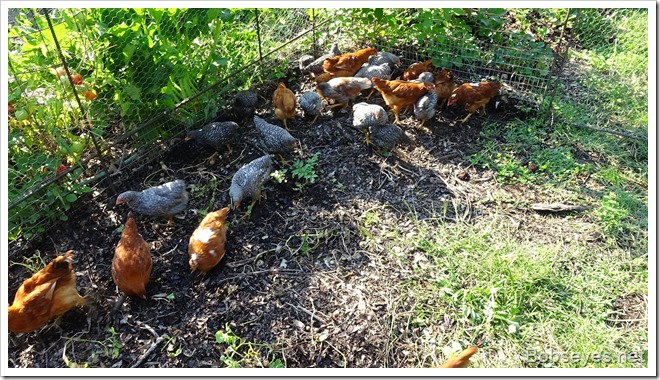 Did some more mowing

I mowed a couple more loads of weeds for the chickens and that was about it for the day.

Get those chickens on the roosts

After dark I went out to see if my older chicks where up in the roosts or not. My brother says his chicks that are the same age are already using the roosts, but they have older chickens around they can see to know to use the roosts.

My chicks like their spot on the ground. I think they would be safer up on the roosts so the last few nights I’ve been going out and placing some of them on the roosts in the dark.

Tonight I put them all on the roosts and they were all up there when I left.

That was it for me today, nice day.

(Visited 192 times, 1 visits today)
This entry was posted in Uncategorized and tagged chicken on the roosts, toyota fuse block replacement. Bookmark the permalink.