Yesterday I got it going and went out and fed and watered the chickens and decided today I would get the old brake master cylinder off my old Toyota and see if I could get the new one installed.

But first I wanted to get some potatoes planted. It was easy all I had to do was stick them into these leaves. 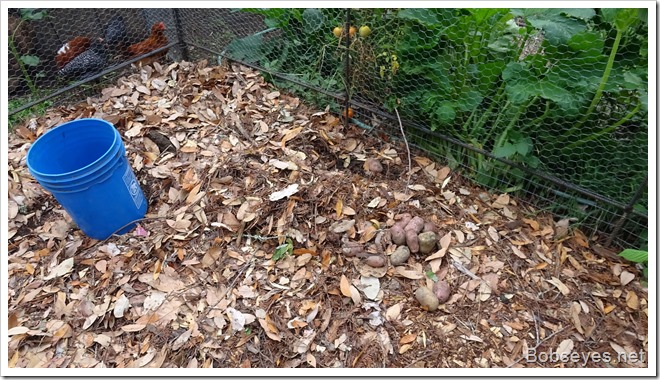 That done I rounded up the tools I’d need to take the brake master cylinder off this rig. 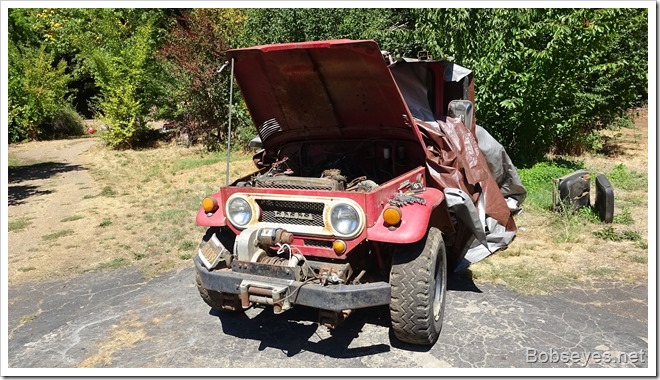 I’d put oil on all the old bolts a couple months ago so it all came apart with no problems which is always good as things are hard enough without the problems. The  hard part Is not causing the problems by breaking things.

Of course there is  a problem 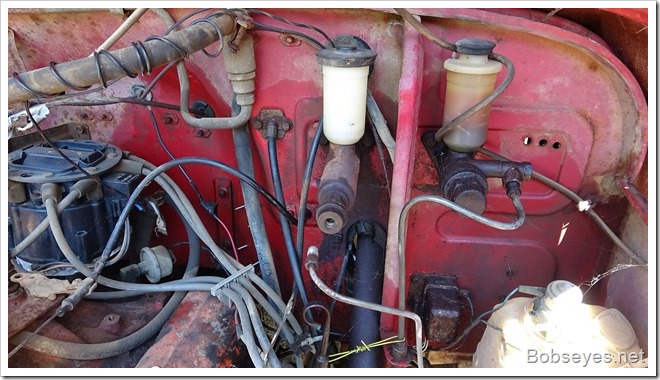 After a good break I got the weed mower out and mowed some weeds to feed the chickens. 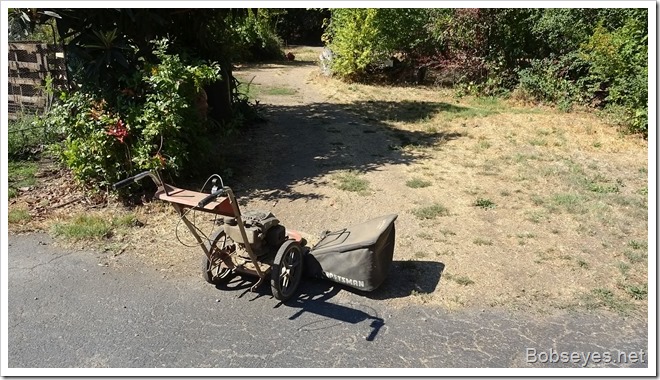 I decided to go over to my neighbors and mow the lawn there as it’s  my brother’s. It was a nice green grass that I knew the chickens would love.

I don’t eat grass but I do eat chocolate

So I mowed it too and when I was done Dominique rewarded me with some chocolate candy pieces that are corn less, I think. Hummm good.

I put the fresh green grass trimming on the floor of the chicken pens.

They ate a lot of it and then the smaller chicks cuddled up and nested down in the middle of it.

I should of got a pic of that, but the camera wasn’t handy.

I did get a pic of the smaller chicks huddled up for the night. 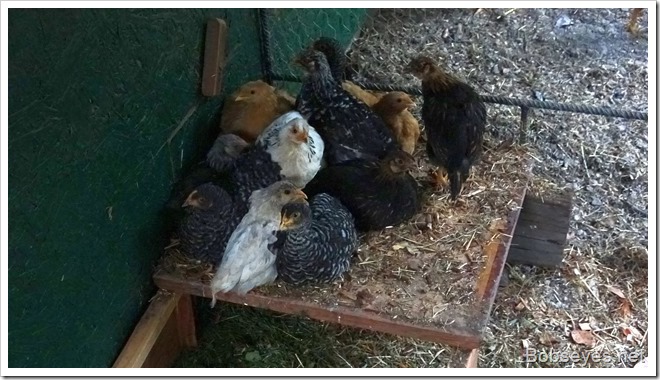 About 8 that night I felt sick and needed to lay down so I went to bed and that was my day, good until I got sick. :O)

The next day still sick

I sleep fairly well and was not feeling bad unless I got up so called John to tell him I was not going to yak today and went back to bed.

I got up around noon and ate some deer broth I had, thanks John, and went back to bed noting I was feeling a tad bit better.

Around 3 I got up feeling a bit better, but still not up to par. I went outside and pulled some weeds for the chickens and took care of them.

Chicks are getting friendlier

I have a chair in the chicks pen where I sit for breaks a lot while the little peeps are doing their thing around me. Today two of them hopped up on my leg and let me pet them a bit for the first time.

I need to build some egg laying boxes for the chickens. I still have a couple months before they should start laying. It takes about five months for them to start  laying eggs.

So today I’m feeling at least good enough to write this blog and hope to be back to normal tomorrow as I need to go out and shop for some chicken feed as that’s mostly all chickens do is eat, eat, eat. :O)

1 Response to Toyota Brake Repair Project and Not Feeling Well