Tooth Extraction, Visiting and New Nest Boxes For the Chickens

I had a dental appointment around noon today to get one of my back teeth removed that had become infected somehow. It was a new dental office so I had to locate it. I passed it by the first time but did find it with only a few minutes remaining. However I wouldn’t of been late as they had allowed a half hour to fill out forms which I did. Yuck.

The tooth popped right out without any complications and I was warned about some pain and advised to take some pills for the pain. Because of my corn thing I don’t do meds because most of them have some kind of corn stuff in them, so I  just tough it out which they didn’t think I could do. Ha.

However I’ve had almost no pain with this so far which is good.

On the way home I needed to do  some shopping and went into the store and forgot my list and left it in the car. I got all the stuff I thought I needed and got into the check out line and remembered I needed a water timer so way back to the back of the store to get it.

I stopped at two places to do some visiting on the way home so when I got home I needed a nap. 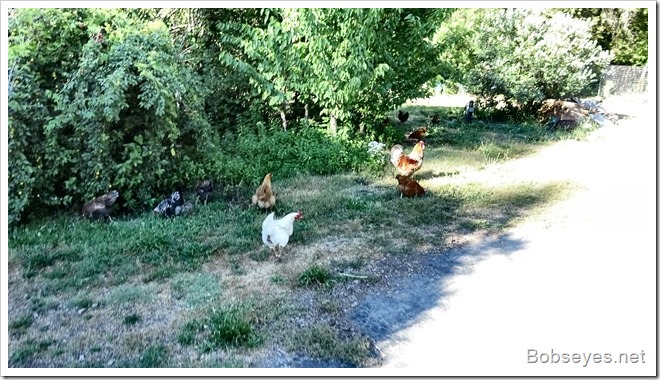 I checked on the little peeps in their fenced in grazing pen to make sure they were doing ok and they were. 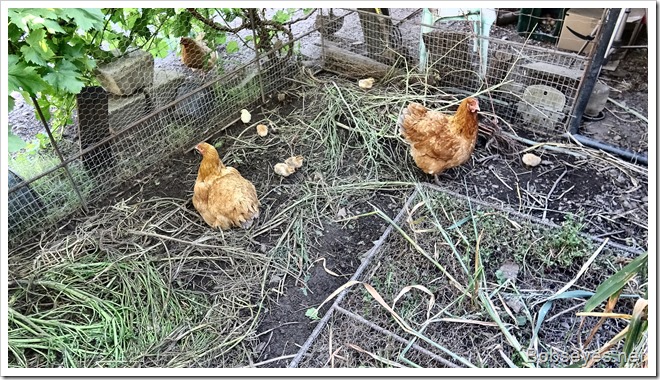 And these little larger peeps were doing good too, they are a bit larger than the smallest ones. 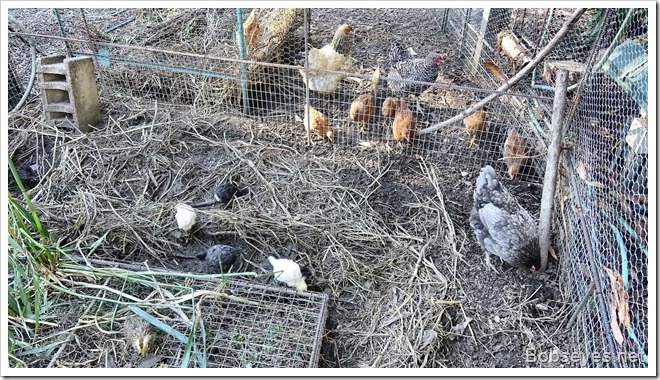 This hen’s name is Lucy because of all her red. Note the little peep peeping out from her feathers. When the peeps are real little they hop up into the hen’s  feathers and sit on her feather shafts and this little peep just poked out from there. 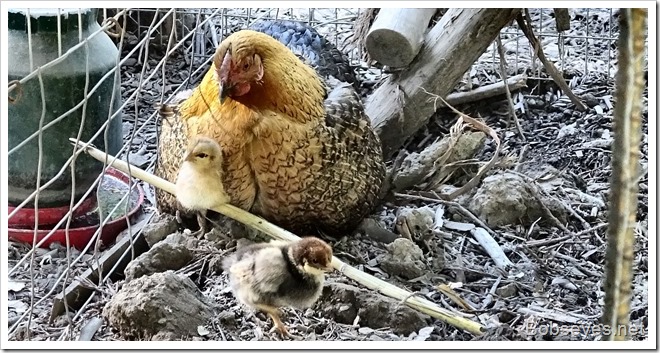 Out with the cardboard

Here’s another hen with some of her peeps. I’m going to replace the cardboard nest boxes as they are hard to clean and are falling apart. 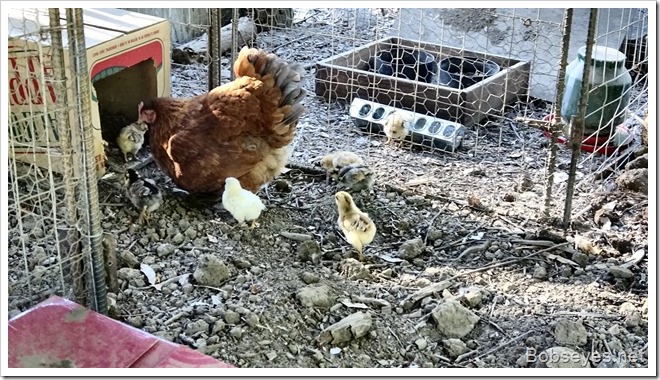 These cardboard nest boxes get replaced too. 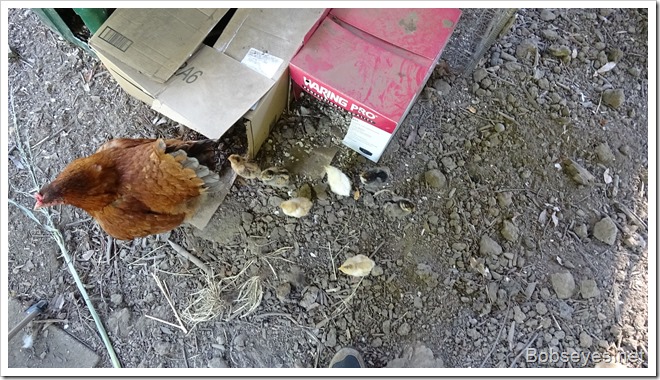 I’d bought five of these plastic boxes to use for nests. I didn’t really want the white ones, gray or any color would have been better but they were almost out of plastic boxes so I had to get what they had. I cut a little door out of the end of each box for an entrance. 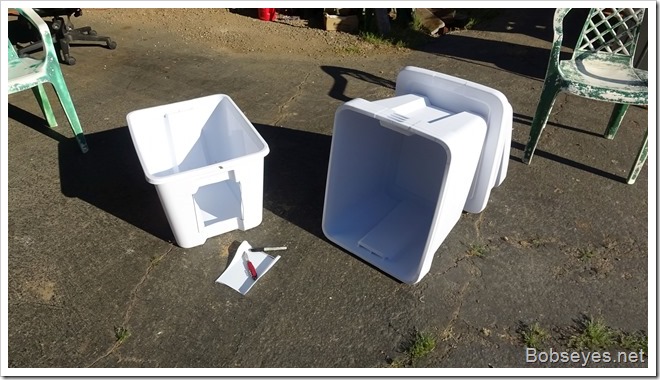 I also bought some wood shavings to line the boxes which I added. Then I added a bit of paint just to break up all the white. Now I hope they will adopt the boxes otherwise they will just have to sleep out. It’s not cold here so that would be no problem for them. A hen was in the box on the right with her chicks so far. 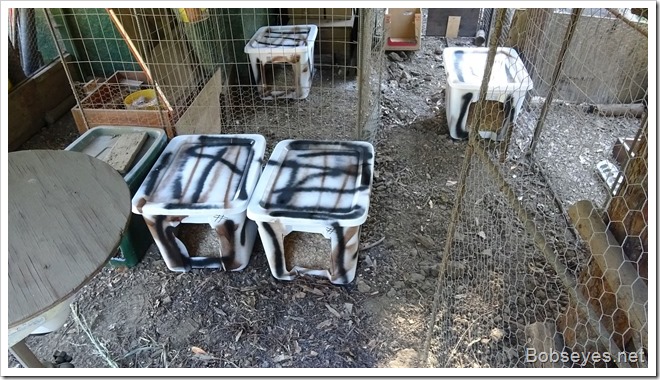 Here’s some of the old cardboard box nests I need to dispose of. I’ll likely mulch the cardboard. 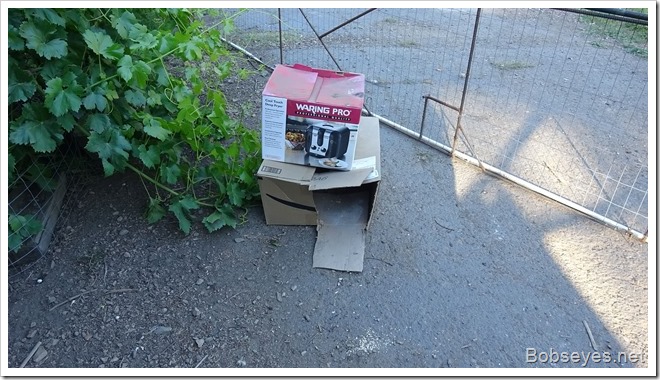 Fluffy needs her own nest box

I got one extra box for another hen to sit on some eggs. Fluffy has been sitting on some eggs in the egg laying boxes for a few days. The only problem with that is some of the other hens interfere and take over her nest until I fix things back up at roosting time putting the other hen on the roost and Fluffy back on the eggs.

So tonight after dark I’ll try to move Fluffy and the eggs into a new plastic nesting box which will be away from most of the other hens.

I also needed to put an automatic water timer on the garden plants I planted the other day so I bought one of those today too.

I found some batteries and set it up so now I’m set to travel which I will be doing in another week or so. 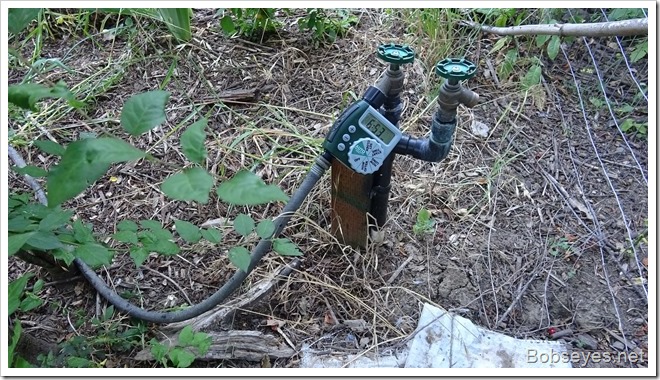 My tooth extraction is still doing very well with almost no pain.

1 Response to Tooth Extraction, Visiting and New Nest Boxes For the Chickens