I was talking with Barry on the phone last night and suggested he might want to do a shuttle from Monte Rio to Jenner as the water was moving pretty good.

So he came over this morning and we loaded the boats on my car.

We then drove both rigs down to Jenner to leave his truck and we drove my car with the boats back to Monte Rio and put in at the muddy boat ramp. 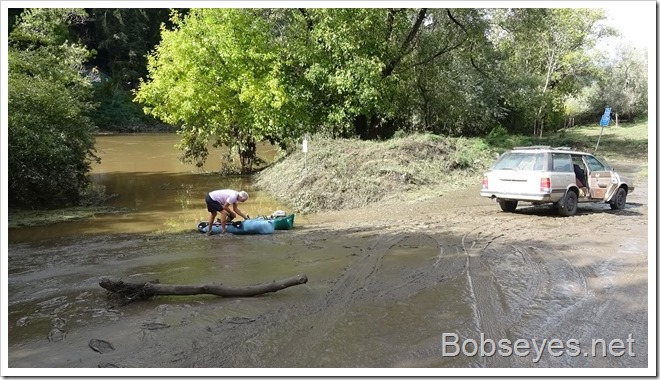 We put in and headed down the river on the current. The water was muddy but it didn’t matter. 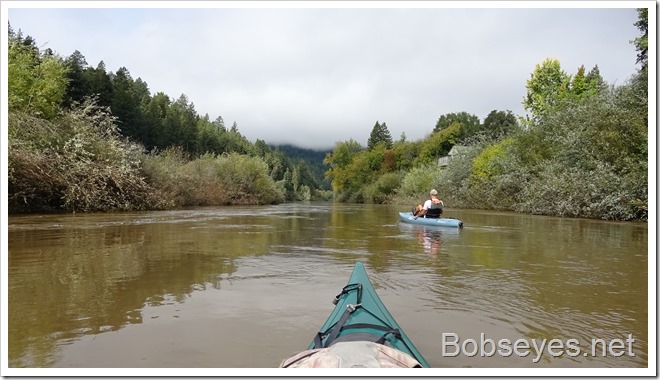 We didn’t’ get very far when we spotted a boat that had broken loose up river somewhere and floated down to this spot where it got stuck.

The kayak turned out to be a double and in fairly good shape so Barry tied a rope to it and put it in tow for the trip down the river. 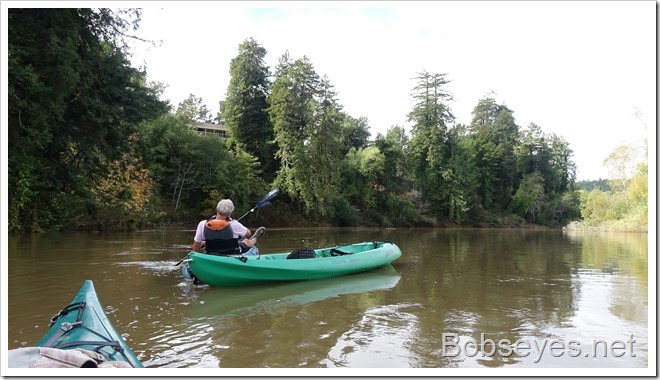 We had a little sun off and on. These turtles were enjoying the sun when they could.

We drifted on down the river, not having to paddle much. 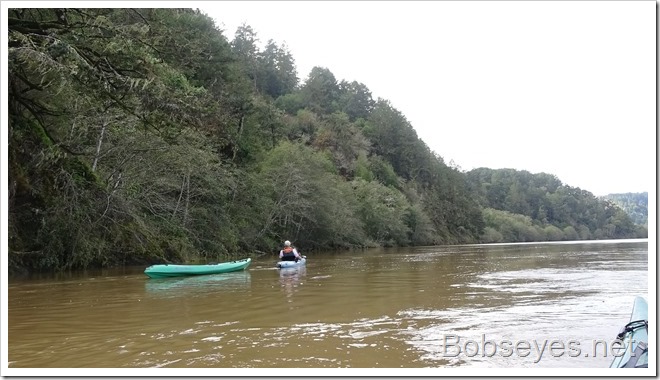 These ducks watched as we passed on by.

We got a little more sun as we approached the Jenner area. 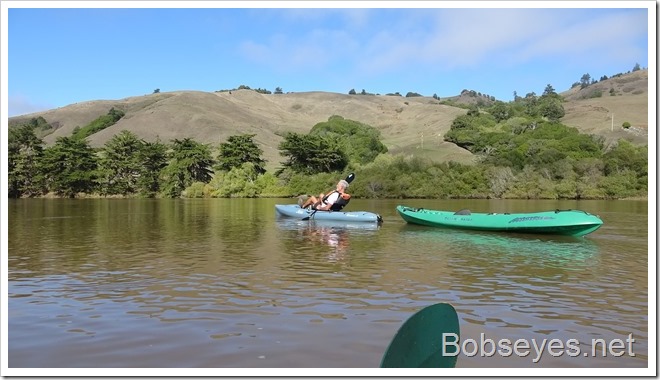 Barry wanted to go to shore here to empty some of the water out of the salvaged kayak at Marcum hole. 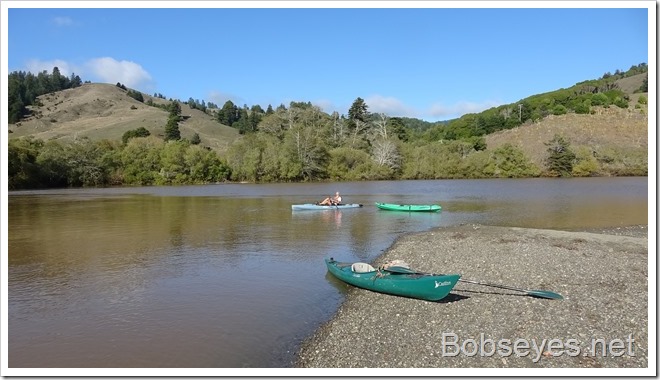 We paddled on by these ducks as we got back on the water and continued on down the river.

We spotted a lot of boats up ahead in the water.

There were four boats in the water and they were all tied up with a locked cable. We pulled on them a bit but decided they were too much work and not that good of kayaks anyway so we left them. 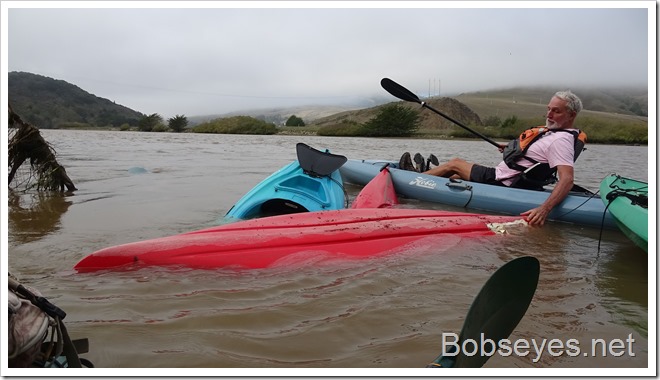 When we got to the boat ramp we ran into a guy with a kayak that had brought some bolt cutters and salvaged one of the boats before we got to them.

We continued on down the river and were approaching the Jenner area where things got a bit foggy. 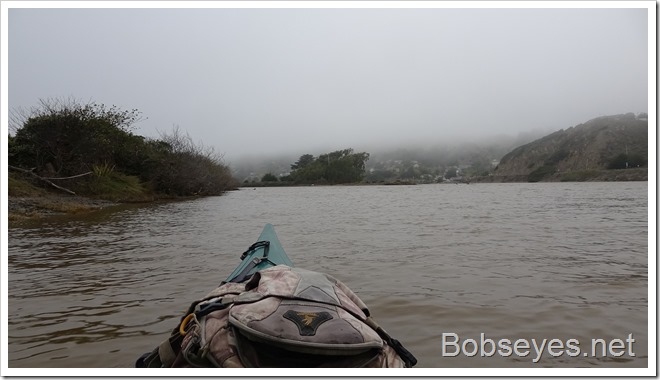 And unfortunately we spotted another boat on the upper end of Penny Island so we had to go check it out as it looked like a fairly good boat. 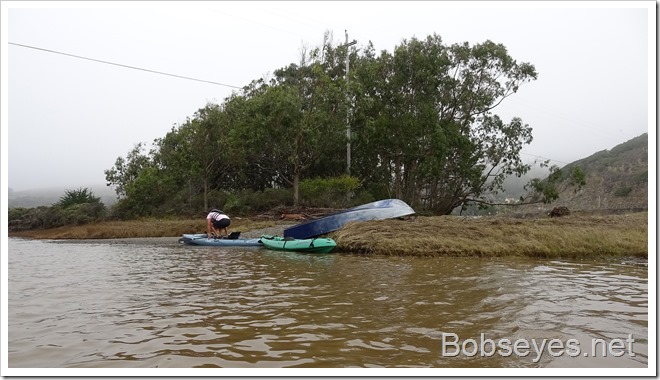 Well, Barry didn’t need a big boat like that so after some consideration we left it there for someone else that might need a boat.

We made it to the Jenner boat ramp and took some time getting the three yaks loaded on his truck and then we drove on home to my house to unload which we did and Barry took off for home.

Now that was a nice trip down the river.