Tom Moves Woodchips and I Stay Out of the Rain

When I went out the door this morning I saw my brother Tom had trimmed some brush in my driveway to make it easier for the chip trucks to get in to dump. He said he’d haul the brush away later. 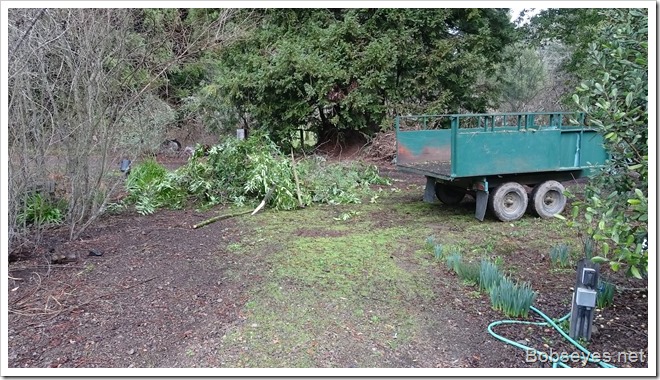 He trimmed out the trees on the right so now the chip trucks can move around better and dump in some other spots on the right. 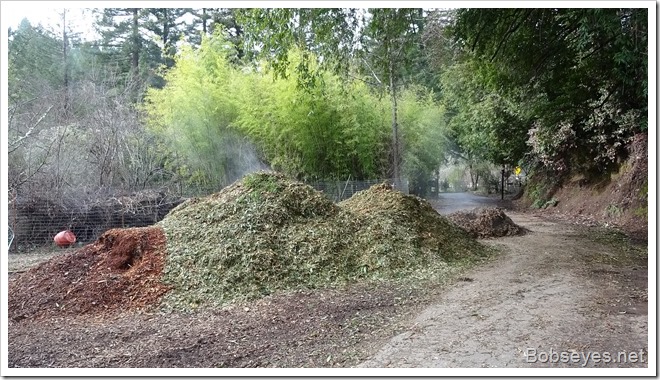 A lot of steam was coming off the woodchip piles. The piles heat up as they decompose. 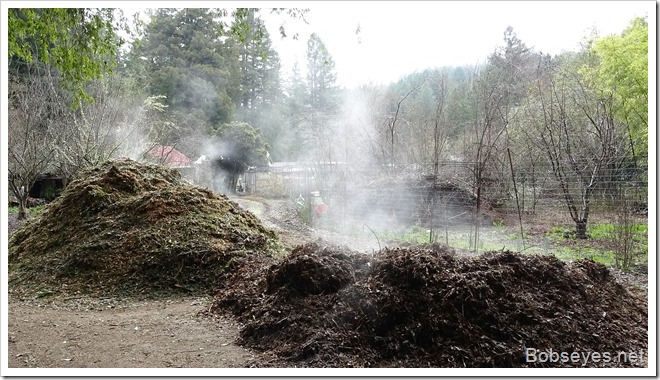 Here’s Tom getting a load of woodchips to take over to the raspberry patch area. 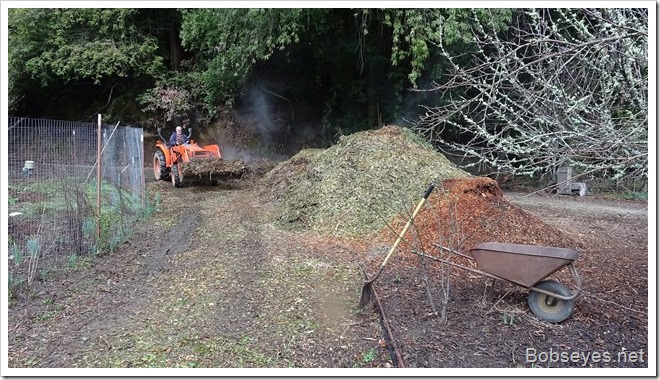 He’s dumping the woodchips in this pile by the raspberry patch. 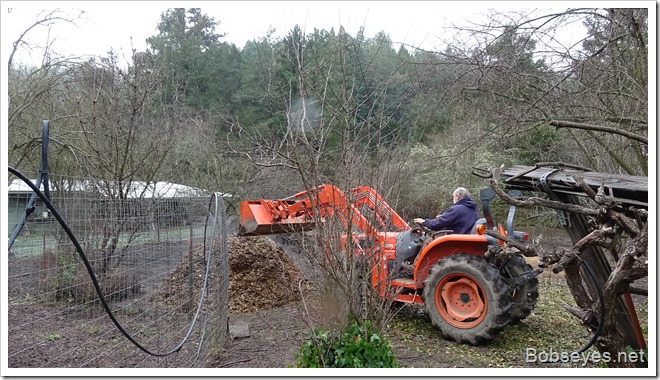 Once he was done moving the woodchips I let the chickens out into the area as it was starting to rain real lightly. 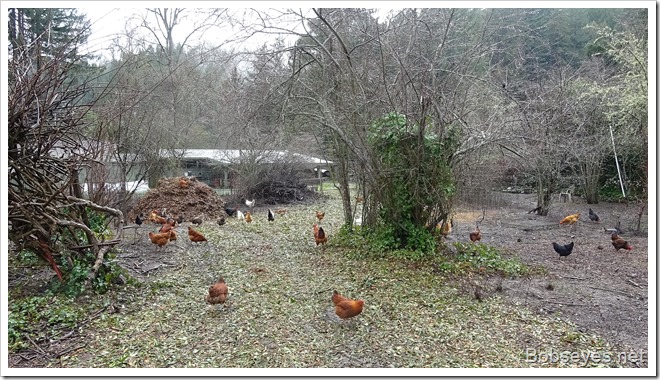 One of those kind of days

Well that light rain turned into a hard rain so I went in the house and spent most of the rest of the day in there doing some research and napping a lot as it was one of those kinds of days.

I closed the chickens up just before dark and had one more task to do today but it had to get dark enough to do it.

And that one more task was to go out when  it was dark and move most of my newer roosters to a separate holding pen as tomorrow is to be butcher day.

It’s much easier to mess with the chickens when they are on the roost at night. Much better than chasing them around the yard in the daylight.

One of the roosts just before dark. 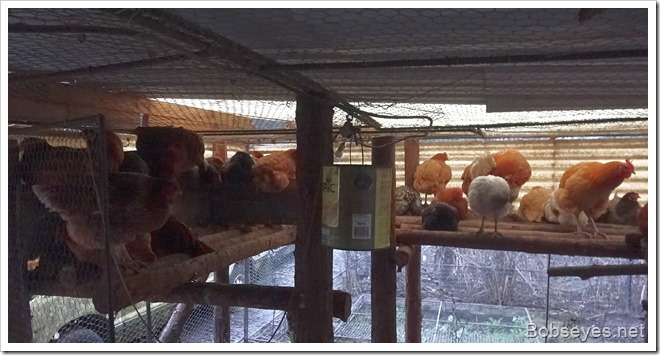 I’m not sure how many roosters I have to butcher, about ten I think. After that it will be a lot quieter around here and without all the roosters chasing the hens around all the time the flock will settle down and things will be more peaceful around here.

That all got done and I’m ready to go tomorrow.