Tired Out So Stayed Home and Puttered Around the Yard

I woke up that way this morning so instead of going down to Jenner to watch for spawning fish coming into the river staying home was a better choice.

The sun was out n nicely at my place which helped make that decision. 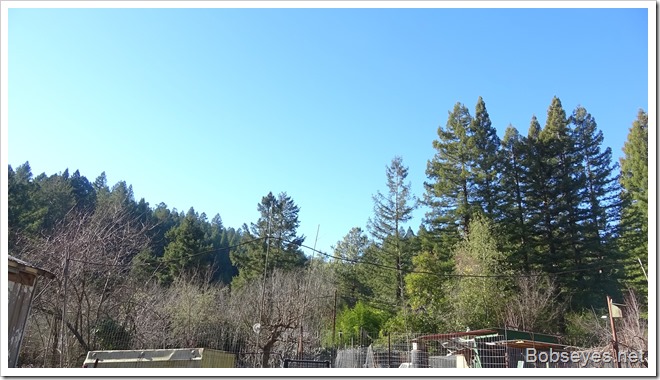 In order to keep from expending too much energy I decided to do some fertilizing of some of my fruit trees which is mostly just setting things up to do it.

I used my injector on a hose to do it. Just fill it up with fertilizer and turn it on and wait. 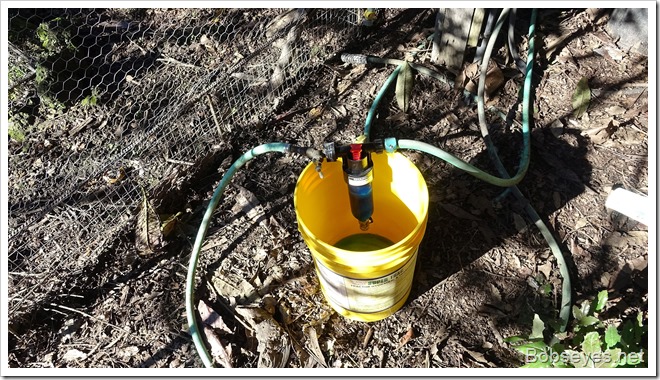 I started out putting the stuff on my mulberry tree. 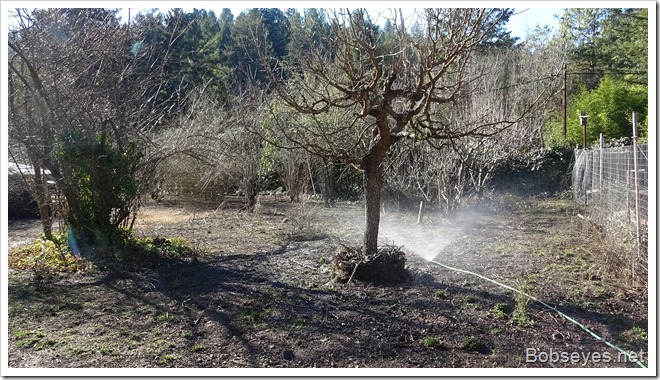 Putting the chickens to work

Once that was setup I let the chickens into the raspberry patch to do their thing. They almost have it torn up enough. I will be transplanting some more bushes to here soon. 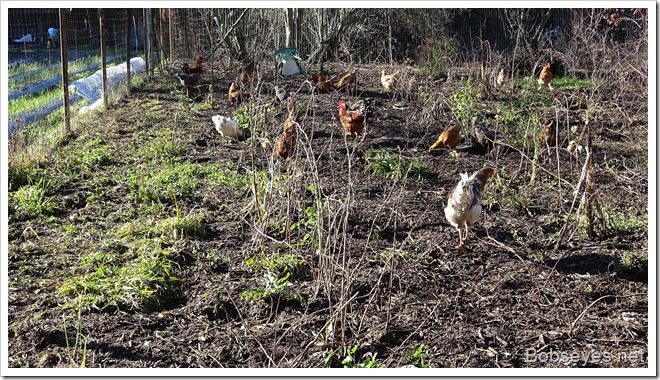 I went in and had a nap to let the fertilizer thing  work.

And eventually came out and set this other injector up. It works but leaks a lot so I use a bucket to catch the drips. 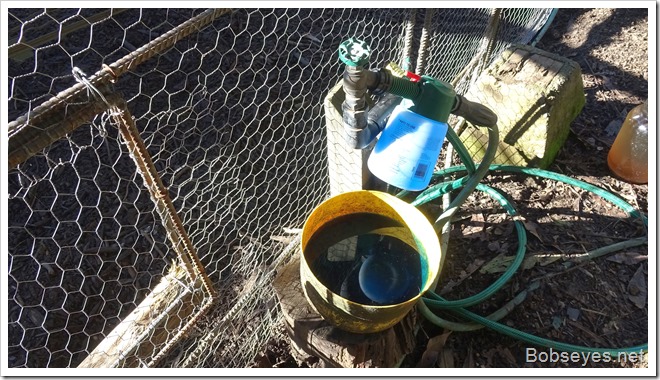 After the bucket fills up I transfer the solution to another bucket and fill it up with water to help dilute the fertilizer. 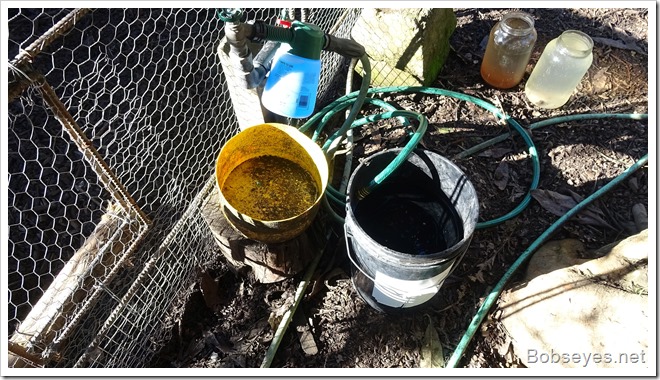 Having the leak actually helps me out to get some fertilizer on stuff that’s out of the way and won’t get the hose injector.

I emptied the bucket around this bush. 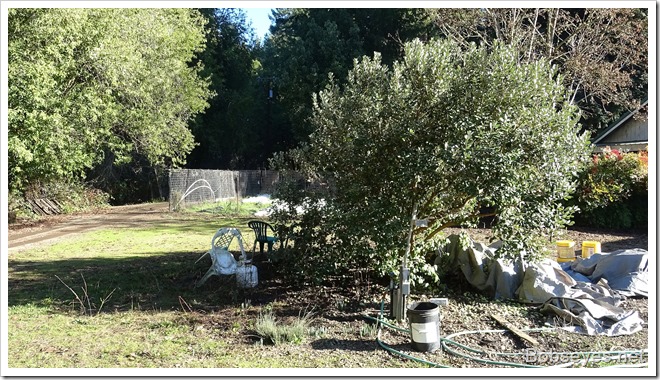 Here’s the fruit from this bush a pine apple guava. The fruit should be twice that size so maybe the fertilizer will help. 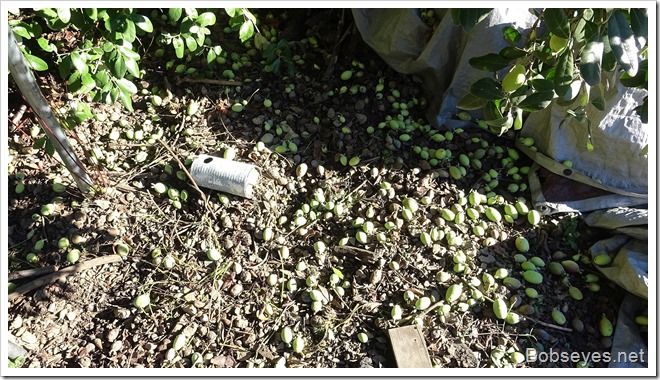 Sitting in the raspberry patch

Late in the day I went to the raspberry patch to check on the chickens and sat in that chair in the back there and watched them and took it easy. 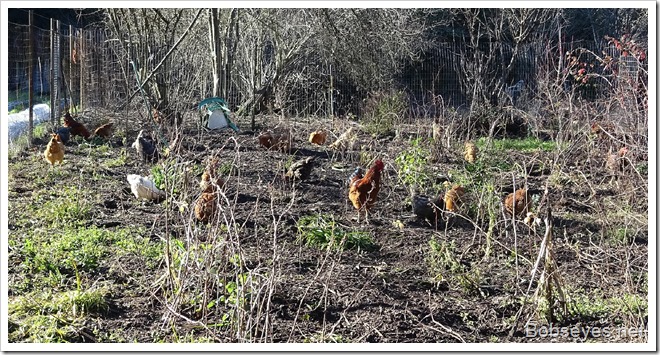 My view from the chair. 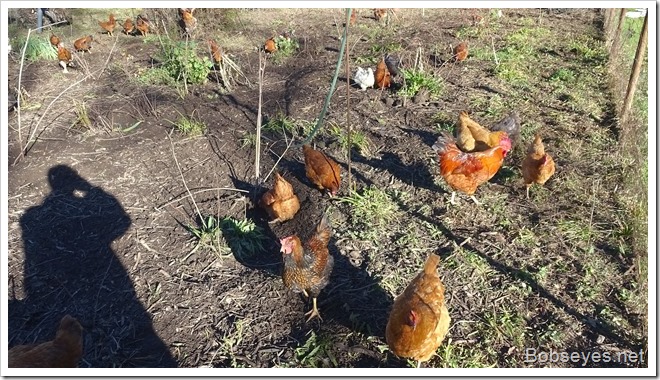 Doris came up and just had to scratch between my feet. She lays colored eggs and is one of my best layers. 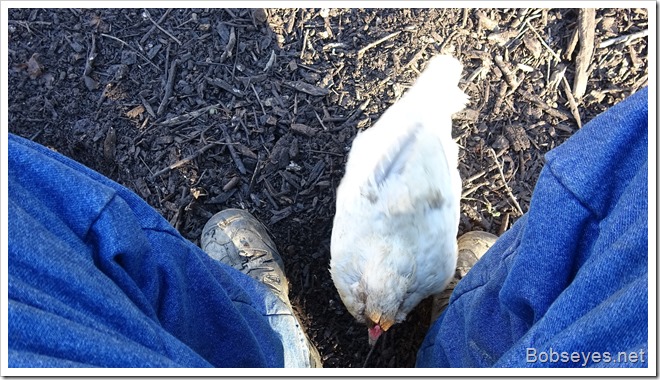 Here’s one of my young roosters. I though it was a hen but no, it’s a rooster. This is the only chicken I can pick up and hold. 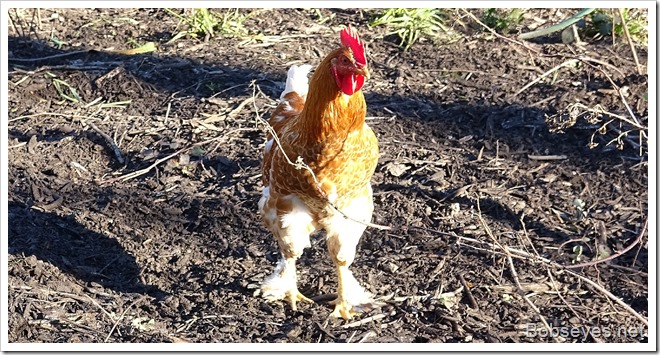 Eventually Sweet Pea jumped up on my knee. She started doing that when she was little. 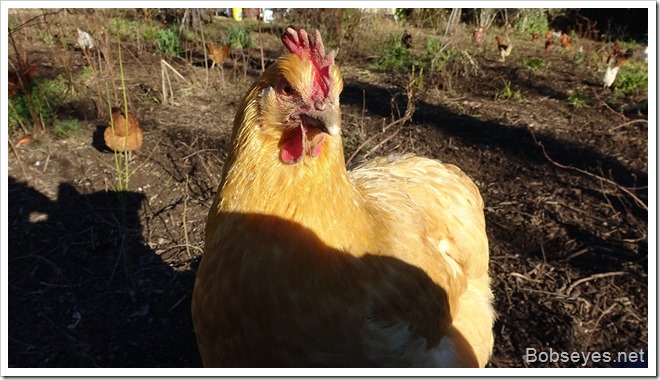 I have a lot of young roosters just  maturing and starting to  make a lot of noise so I will soon have to butcher some of them to keep things under control and get some meat to consume.

Here’s another young rooster that came other to check me out. 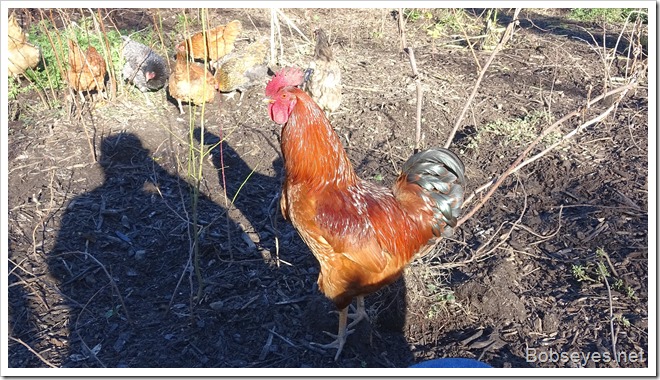 I set the fertilizer water to this one last spot just before dark. a cherry tree, a plum tree and some prune trees. 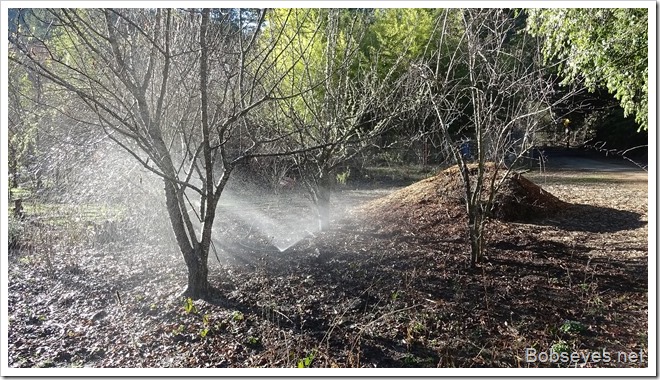 Shutting down the  day

Just before dark I shut all the sprinklers down for the day and checked out what I still needed to fertilize. A bit more chair hopping and it was getting dark so I shut the chickens in and went in the house for the day.