Tired Out So No Kayaking, But Got the Pressure Tank Installed

Tried to kayak but just couldn’t make it

When I got it going this morning I drove down to Jenner to yak for the day. But when I got there the wind was up, not too bad, but I decided to not yak and maybe go back to Monte Rio to yak so I drove back there.

When I got to the Monte Rio boat ramp I felt tired out  so instead of going yakking I had a little nap.

I decided to not kayak Monte Rio, but go back home and do some work in the yard.

John and I shoot the bull

I stopped by John’s S’s house on the way home and shot the bull with him for a bit. Before I left he gave me some frozen ocean fish he’d caught.

I went on home for another nap as I just felt tired out.

After awhile I went outside to have a look around to see what needed done in the yard.

There’s been a new pressure tank sitting by the well all winter that needed to get installed. That seemed like a simple job that I might have enough energy to tackle so I got the wheelbarrow and collected the tools I needed to do the job and went out to the well.

Things looked like this as I started to work. 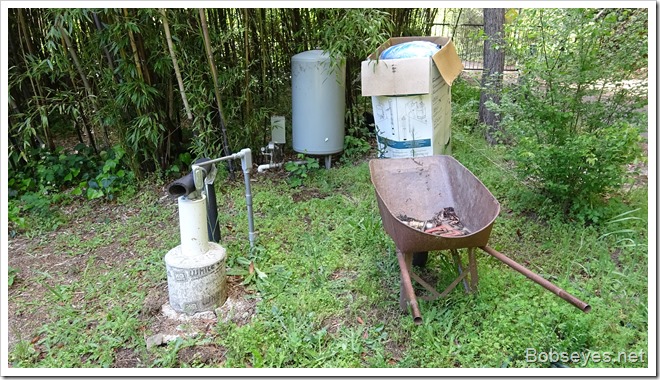 I needed to remove the old tank that had a bad bladder in it, so I shut off valves and opened the faucet to drain the tank. 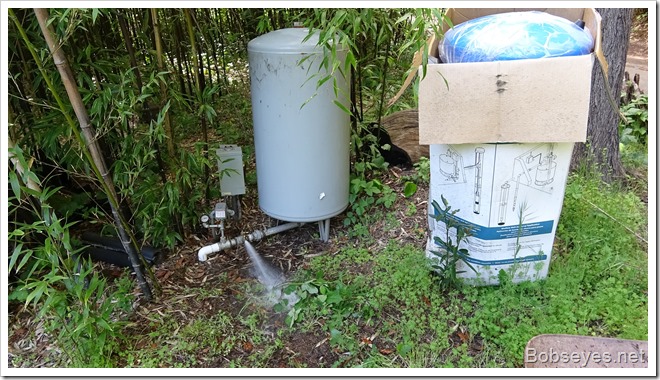 Can’t get the water out of the old tank

Unfortunately, the old tank with the broken bladder had a lot of water on the wrong side of the bladder so it wouldn’t let the water out and the tank weighted a ton and I had a hard time moving it. 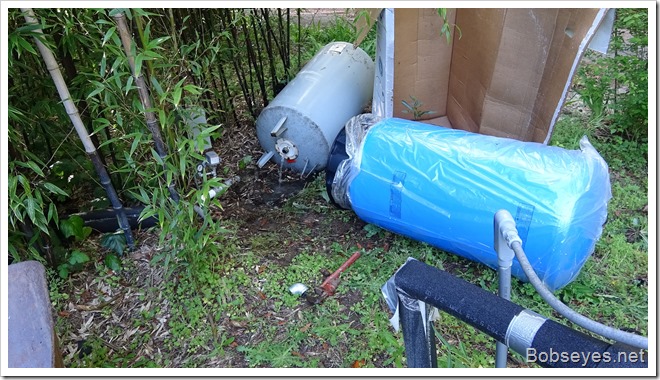 With much effort I dragged the old tank out of the way for now. 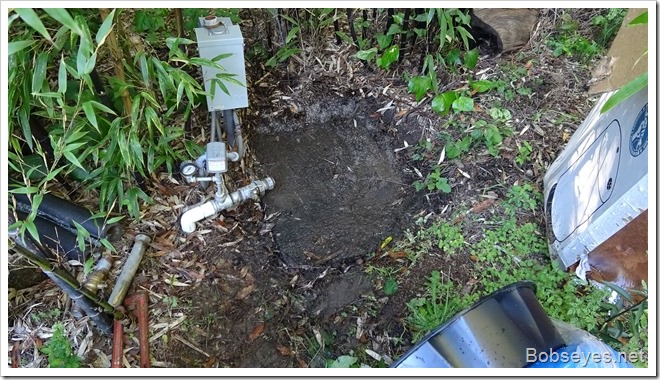 I moved the pipes from the old tank to the new one and got the new tank installed. 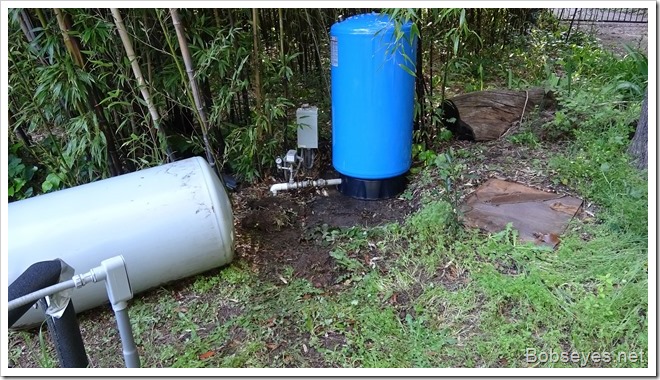 I had to remove the old tank bladder to let all that water out by taking off the bottom plate. 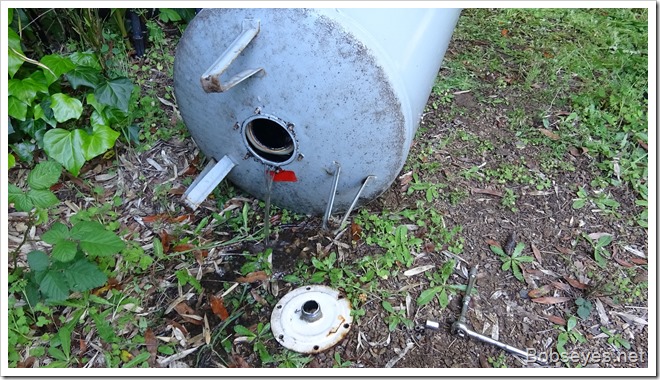 I got things cleaned up and the tools put away and just sat around the yard for the rest of the day.

Fish and asparagus for dinner

Later my brother Tom came by and gave me some fresh asparagus to go with my ocean fish and that was my day.