Time To Get Out For a Paddle On the River, Low Wind Day

The wind was down today and I hadn’t been out for a paddle in quite some time, so today was the day to get on out there.

I drove on down to Jenner where the Russian River flows into the Pacific Ocean.

I put my boat in the water and started to paddle across the river to the other side to figure out which way to go today, up or down river. 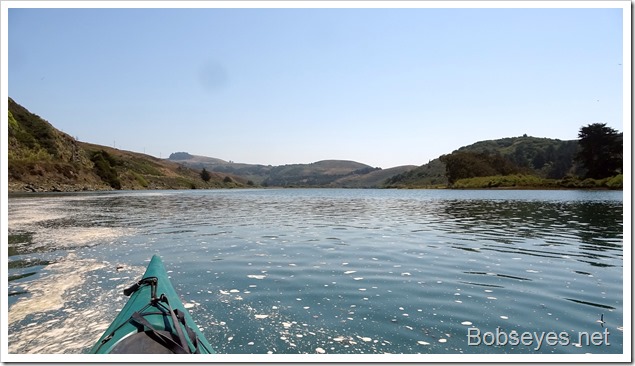 After sitting in my boat for a bit by the shoreline I decided to head on down the river towards the ocean.

I saw these vultures fly up from where they were doing something so I paddled on over to where they flew off from. 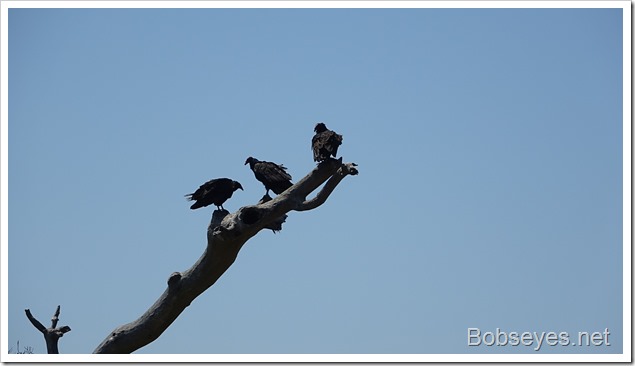 Looks like a dead brown pelican they were feasting on. Not much left of it. 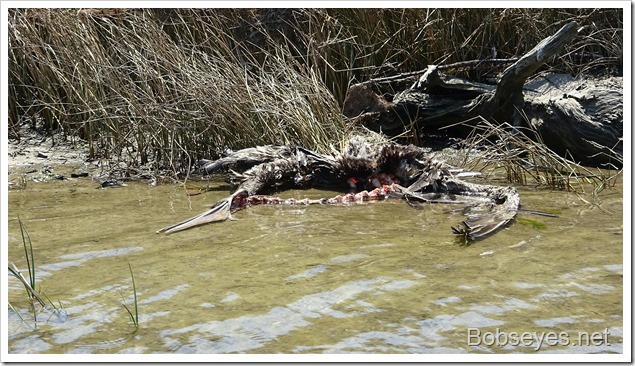 I continued on down the river headed to the river’s mouth area, just behind the great blue heron. 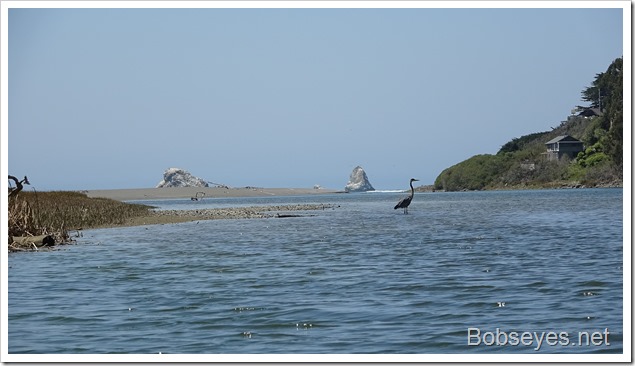 On the way I passed by these brown pelicans that were bathing and preening in the river’s fresh water. 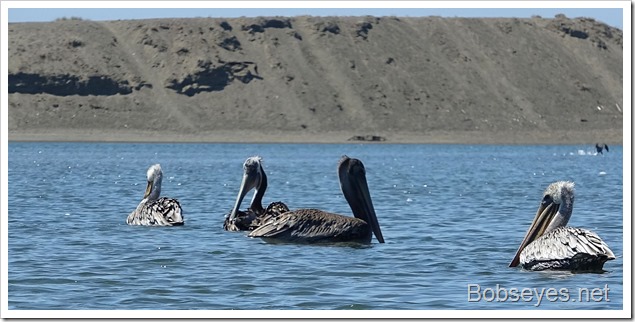 I paddled on by all these birds, mostly pelicans and gulls resting on the shoreline at the end of the island. 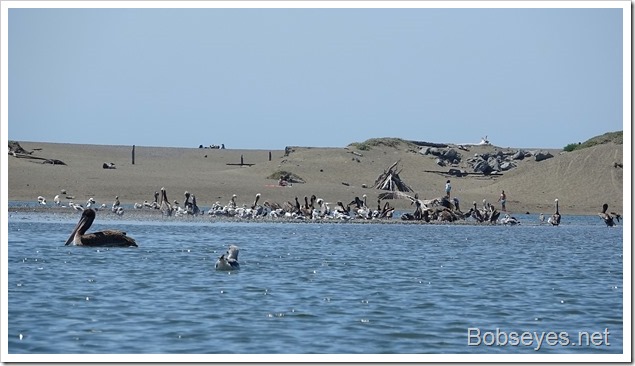 I got close enough to get a few pictures of the preening pelicans. 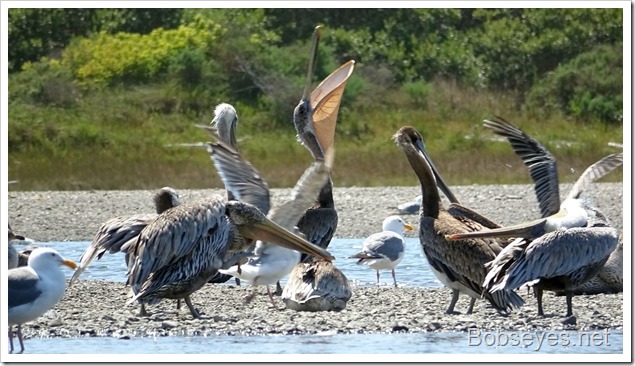 River’s mouth is up ahead

From there I continued my paddle down towards the river’s open mouth, up ahead a bit. 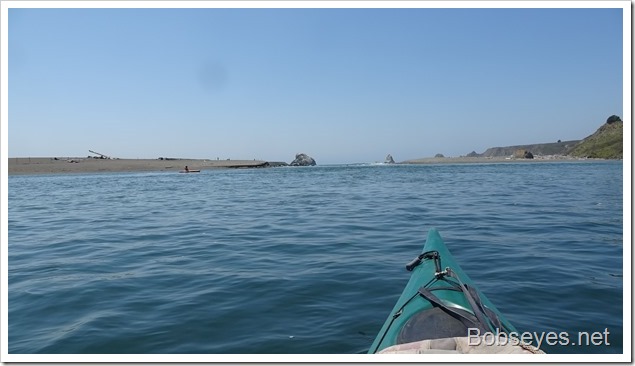 I  hung around the mouth area for an hour or so, just watching and enjoying the day.

These resting harbor seals kept an eye on me. 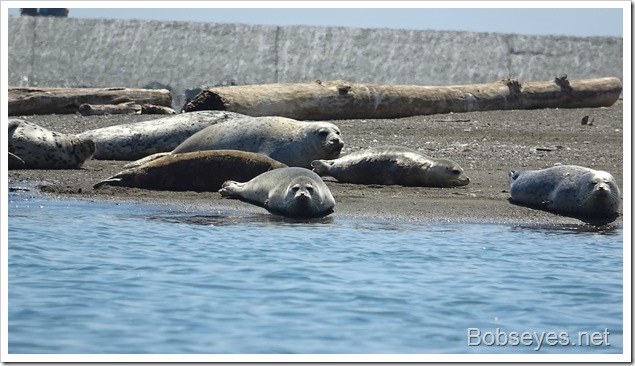 I stay in the river

There were a lot of birds resting on the shore on the right of the open mouth. The ocean is on the other side of the rocks and sandy area. I stay in the river where it’s safe and I don’t get sea sick. 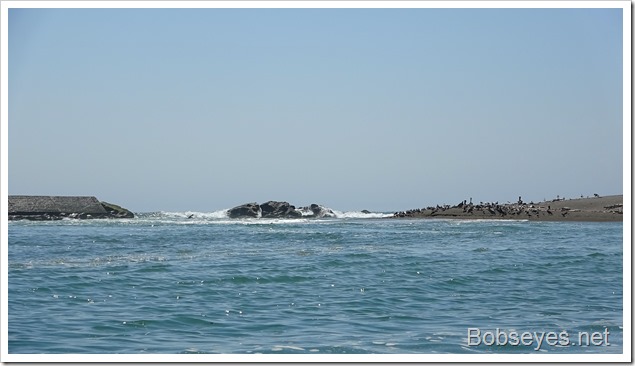 Here’s some of the birds resting on the sandy beach on the right side of the mouth. 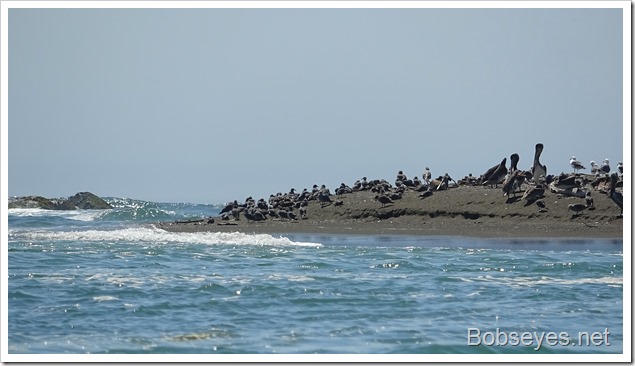 Eventually I got tired and needed a nap. The ocean tends to do that to you.

So, since the tide was going high, lots of water was flowing in from the ocean, so I just paddled into the current and closed my eyes while the water took  me back up the river at a slow pace. I know better than to fall asleep in my boat as the few seconds on waking up can be a bit unsettling until you realize where you are.

Never seen that before

I drifted by these three pelicans and the one on the right seems to be showing the inside of it’s pouch or something. 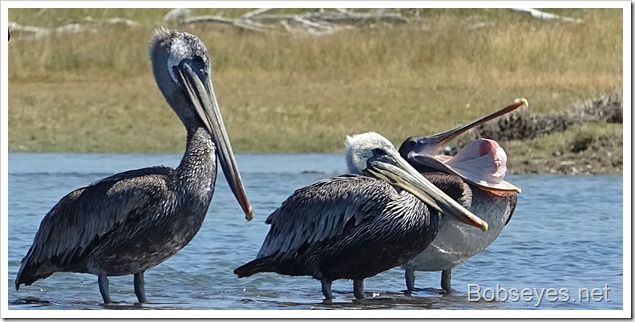 As I drifted up to the boat ramp area I spotted or I should say heard these two crows up in the tree looking for their next meal. 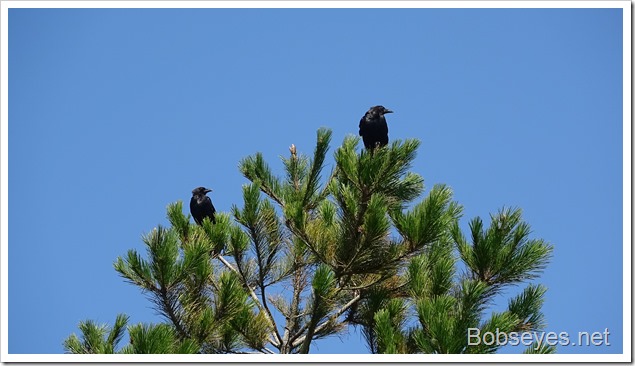 The boat got put on the car top and I drove on home.

Headed out on the dirt bike

Once home and after a short nap I hopped on the dirt bike to ride up into the hills for a ride.

I stopped at this downed tree to remove enough of it off the road to get by and continued my ride and eventually rode on home for the day. 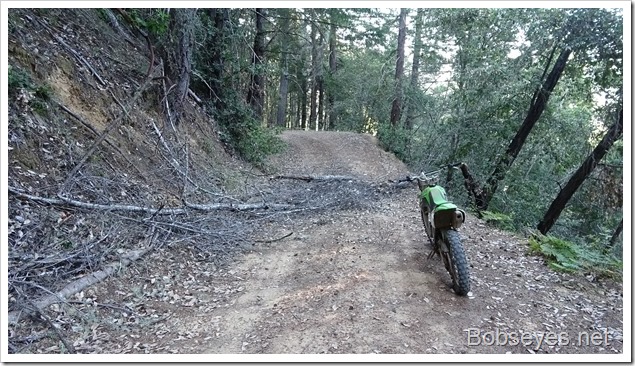 1 Response to Time To Get Out For a Paddle On the River, Low Wind Day