I thought it would be a good day to kayak, but

I headed down to the Cape Blanco State Park, Hugh’s House, to the Six’s river boat ramp by the mouth near the ocean.

As I turned down the road to go to the Hugh’s House this was my view of the Six’s River mouth going into the Pacific Ocean. 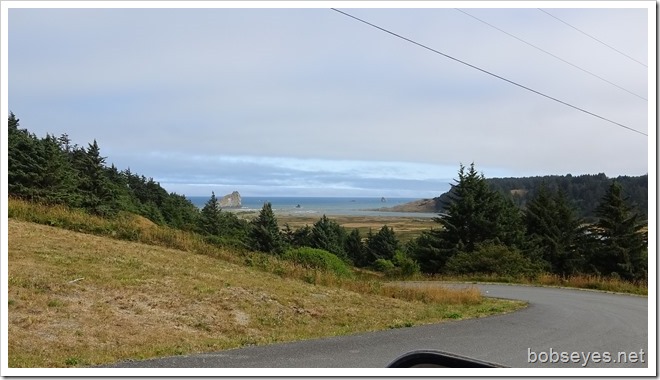 My plan was to kayak down there in the mouth area. 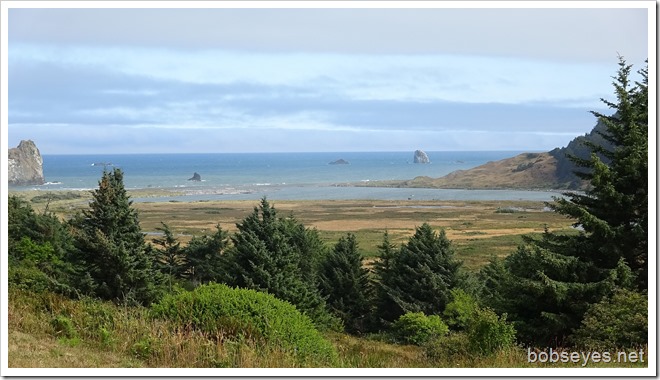 I pulled up to where one launches boats. The water was high indicating the river’s mouth is closed. 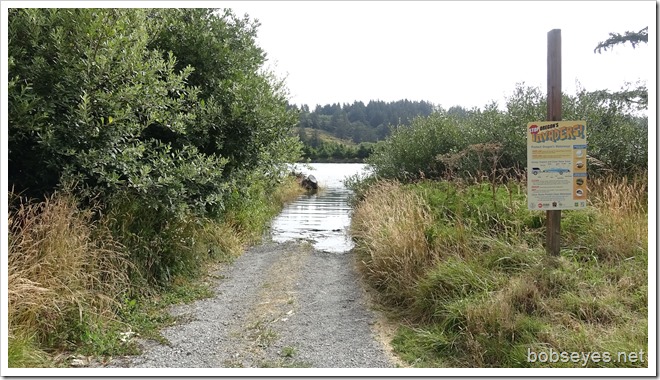 I got out to have a look and a cold wind came off the ocean. I came down too early which is a mistake. It was  9:30 and I should of waited to around 11.

So I drove over to the RV parking area and took it easy for a few hours here. 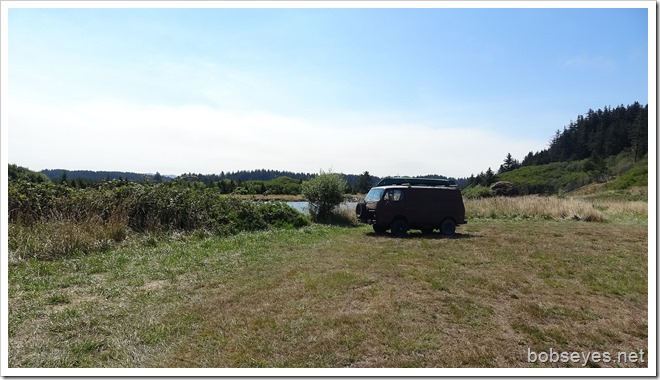 The wind stayed up but it did warm up a bit, but by then I was out of the mood, or just too lazy. :O)

So after a nap I drove on down to the shop where I’m getting my tires to see if they had arrived and they had, but it will be a couple days before they can get them on.

I then headed on down to the Port Orford Harbor and parked and watched the goings on.

I parked here looking out to sea. 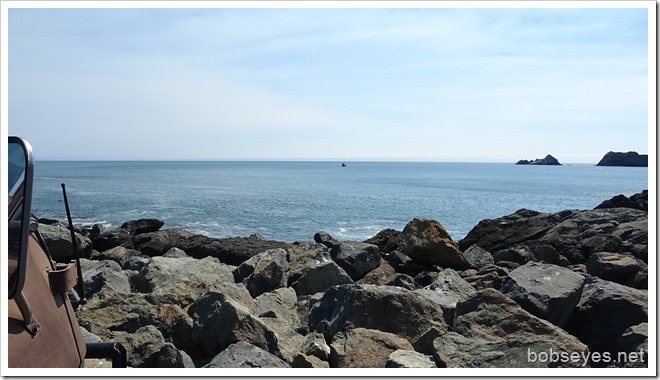 Not too much was happening today, but eventually I saw this boat approach. 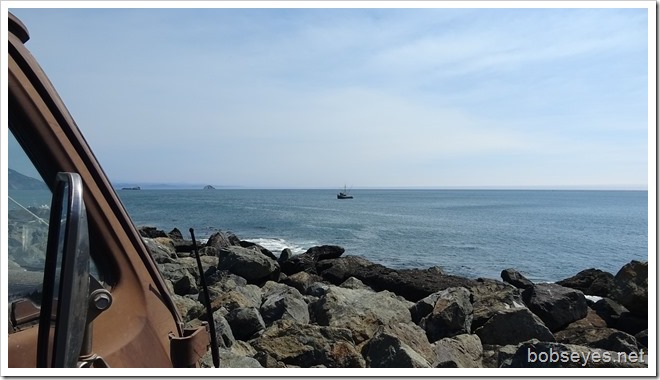 At first I thought they were fishing, but there didn’t seem to be much action on board, even though they had their out riggers out for fishing. 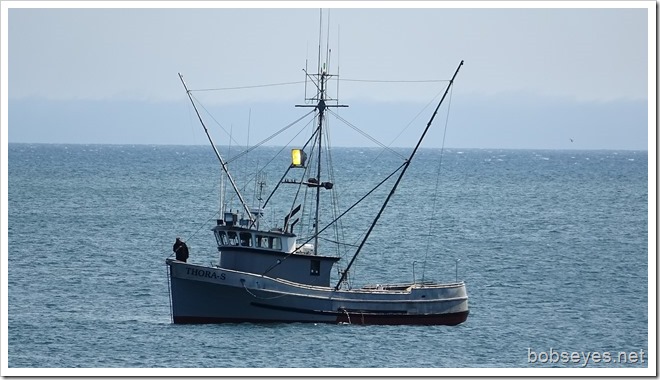 This seagull was taking it easy just outside my van’s door. That seemed to be the mood for today. 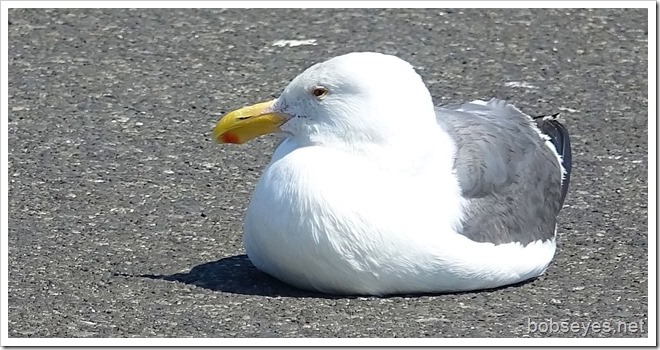 Around 4 I left to go back to the Elk River RV Resort where I’m staying at Steve’s place. It was time for dinner so I cooked dinner and am now taking it easy again.

Tomorrow I think I’ll try to kayak the Six’s again wind or not, but this time I will go down there a bit later, so we’ll see.