I was taking off the van’s spare tire when I discovered it was flat.What. Did I have two flats on the trip. At first I thought so, but it didn’t add up. I couldn’t have driven for two days to get to the tire repair guys on a tire that leaked as bad as this one did 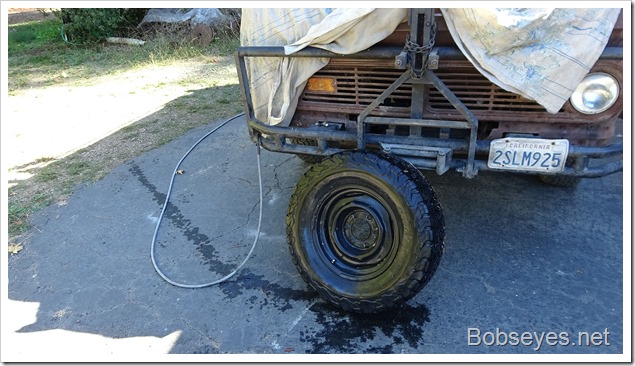 I decided to check for the leak in this tire and discovered a large air leak from a bit rippy hole, just like the other flat tire I had. The tire guys were supposed to throw the tire with the hole in it away and put one of the good old tires on the spare mount, but apparently they didn’t do as they were instructed. 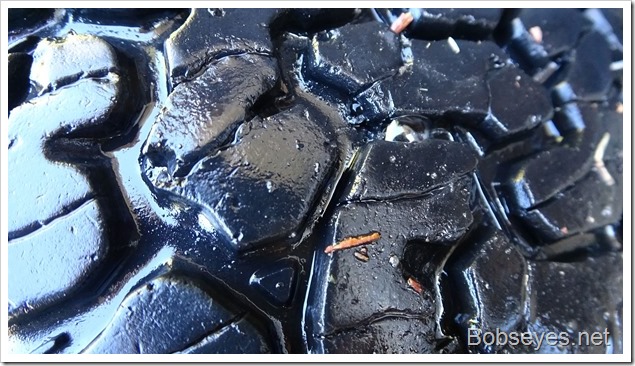 That means I traveled most of the trip through all the rough rocks with no spare. Both the old vans are the same so I could of used Marty’s spare if need be if the problem arose.

Anyway, it was fortunate we didn’t have any more flats on the trip.

Another thought just occurred to me. That spare fell off the front of the van and I ran over it, so maybe the leak somehow happened during all that as it would make a lot more sense of this whole thing as I know the spare had air in it when we left the repair shop.

I figured another good day of exercise might finish off the trail I was fixing over the slide, so I rode the dirt bike on up the hill to the work site around 12:30 and started working on the trail.

I forgot my camera which I realized half way up the hill. Oh well.

Work continued until about 4 when I got that section done. I was considering riding up the trail, but after all that exercise my body was hurting a bit and I was warn out so I thought better of it and headed on home instead.

I still need to widen out the drainage ditch so the quad runner can get by easier, but it’s good to go for dirt bikes.

Back home I was dragging my butt so I let the chickens out and did some chair hopping with them. 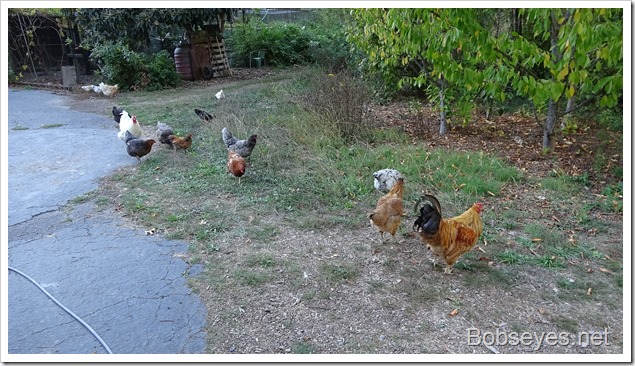