I left Quartzsite this morning and headed south on highway 95. I turned in on the Palm Canyon road in the Kofa wildlife refuge and headed up this road towards Palm Canyon up in the mountains ahead. 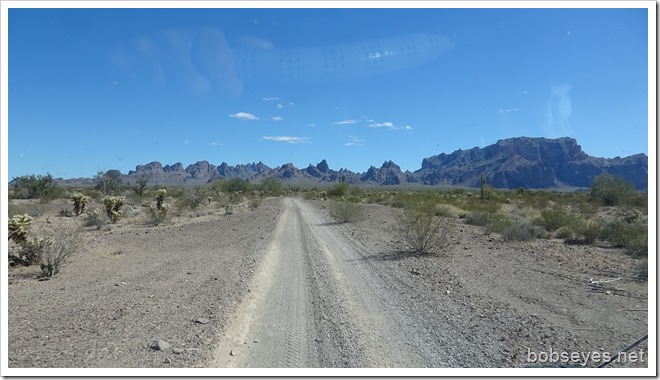 I was going to Palm Canyon to camp, but when I got to the Queen’s Canyon road, I decided to turn left onto it instead. Marty recommended I camp on this road so I thought I’d give it a try. I was planning to do it later anyway.

I turned onto the Queen’s Canyon road just past here to the left. 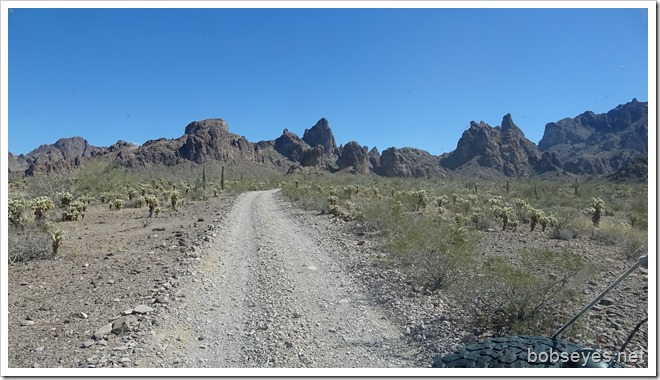 I drove up the road. This is a better part of it. Lots of the road was up the creek bed with some larger rocks to avoid. 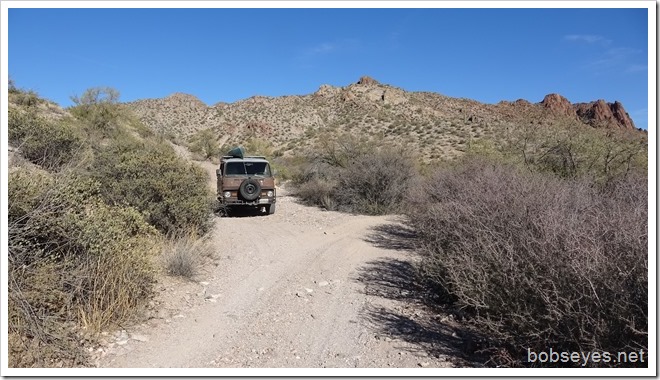 I let two guys in a truck get past me as they were moving along fairly fast as if they’d been on the road before. I’ll catch up with them later as it turns out.

I’d been driving for quite some time when I saw this rock which I’d seen in a lot of other bloggers pictures so now I knew where this was. 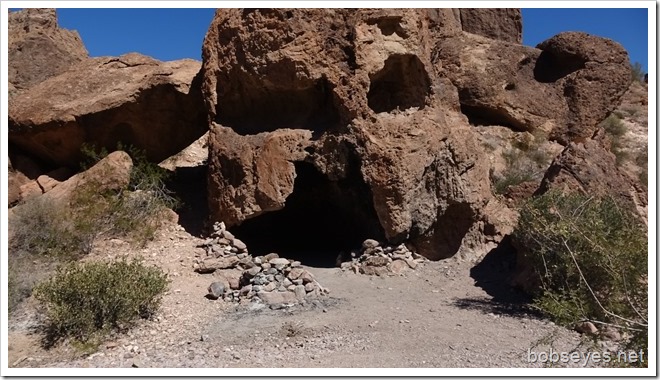 I walked into the cave in the rock and looked out. 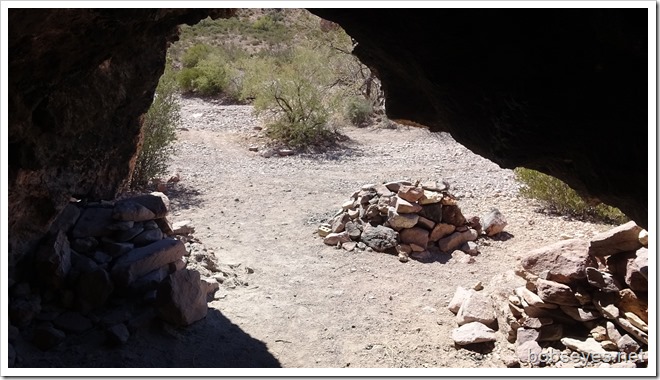 If the floor was leveled it would make a good camp site.

I’m thinking of parking in front of the skull for the night so I park here and have a look around when I spot the big huge rock with the cave under it above the skull rock. 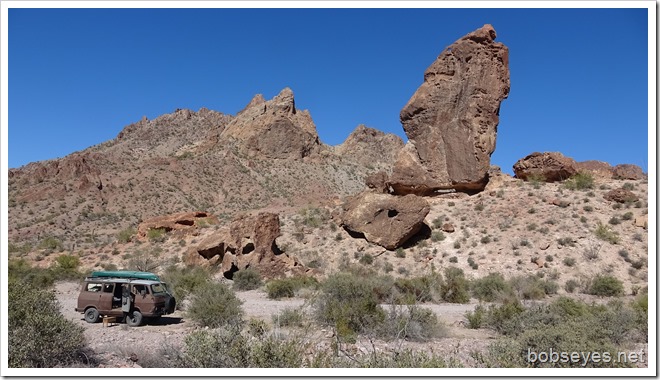 I did a general short walk around this area just to have a quick look at things and then walked over to the huge rock to have a look. 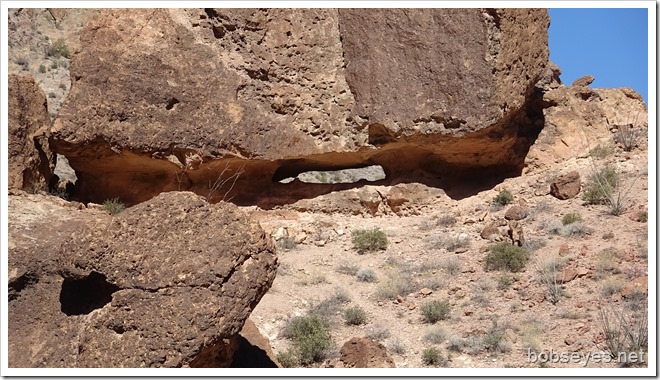 On the way walking up to the rock, I spotted this little critter, the only thing I saw today here. It didn’t move while I moved around it taking pics. Things that move likely get eaten around here as there isn’t much around. 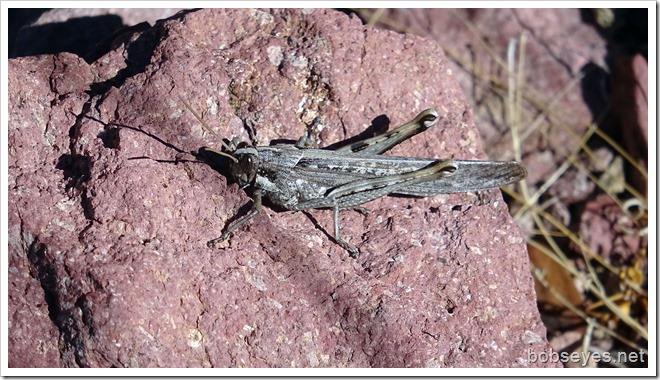 This is what it looked like as I got closer to it. The rock is huge and I’m surprised what little is holding it up does. 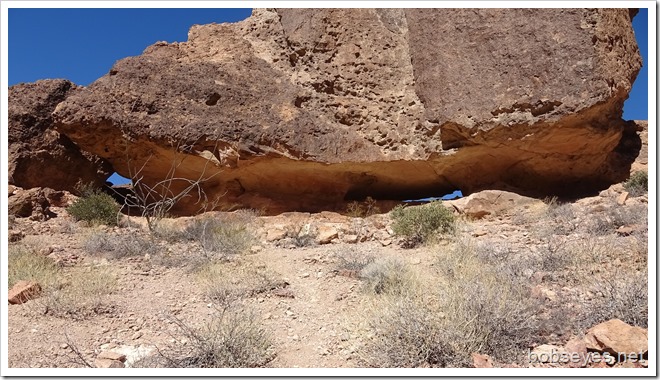 I made it up and under the rock and things looked like this. See not much  holding it up. 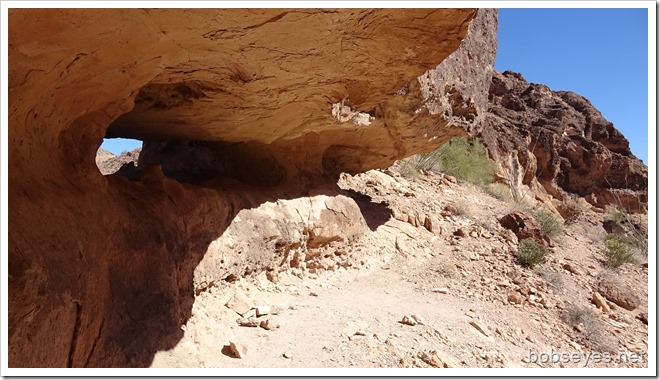 From what I’ve seen in the past most people that go to this skull rock miss this huge rock just above the skull as I don’t remember seeing any pictures of it before.

Was going to camp

Here’s my view back down to where the van is parked where I was planning to camp for the night. 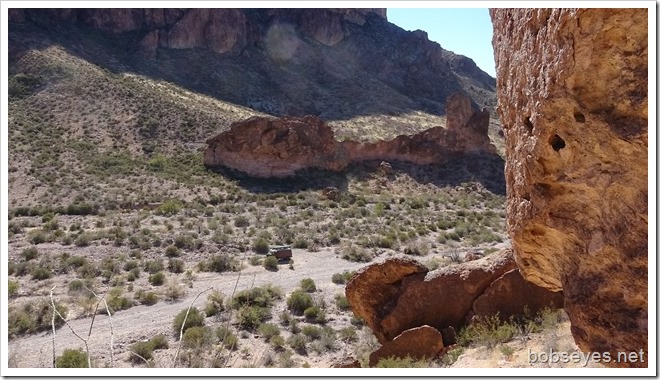 As I walked away from the huge rock and looked back before starting down. 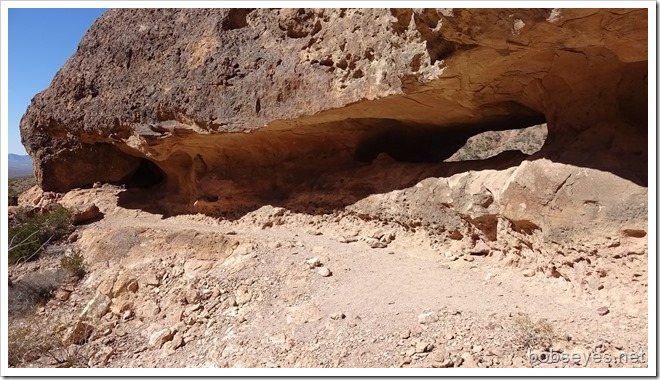 I rested up when I got back to the van and after awhile I decided to continue on up this road as it ends not too far ahead.

I drove on up this road about another mile before turning around and heading back. 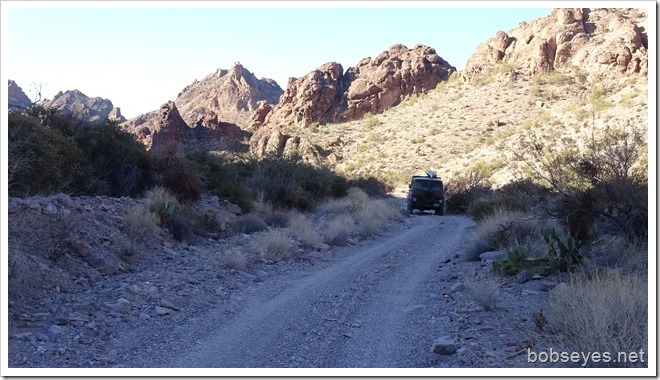 On the way up I’d passed by this canyon which I think is Summit canyon. I’m pretty sure the peak there is Ten Ewe Mountain and I noticed there is a trail going up that way, so I stopped here on the way down and found a camp spot. 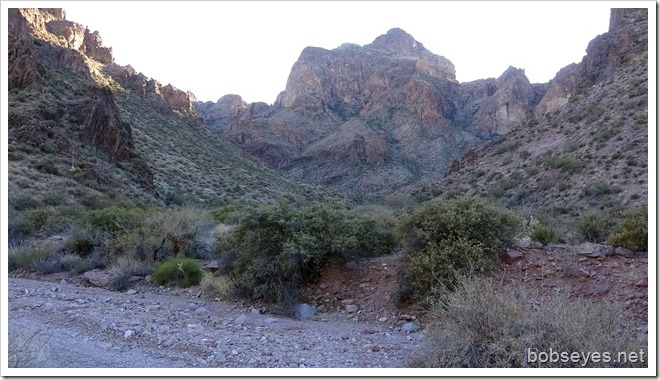 Here’s my camp spot. I’ll be the only one here tonight. 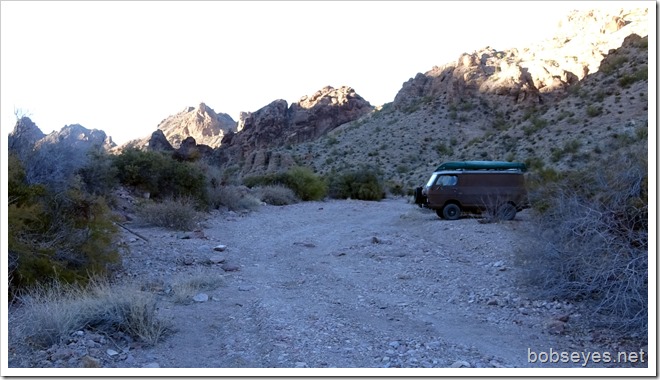 Catching up with that truck

Earlier I saw the truck that I let by me on my way in parked at the trail head at Summit Canyon which was right by where I was camped so I was waiting for them to come back from their hike up the canyon so I could quiz them on what’s up that way.

Just after five I heard the truck start so I went out on the road and waited for them to come by. 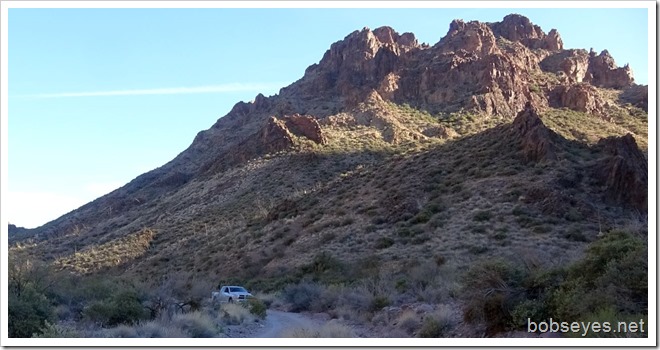 I flagged them down and we talked about what’s up the canyon which I learned from them and I told them about a couple other places where there is nice hiking in the Kofa.

Once they left it’s only me here which is very quiet with lots of stars. The temperature is dropping some, it’s about fifty degrees F. out right now at 8PM. The days have been pleasant, not too hot.

So anyway I’m planning to hike up Summit Canyon tomorrow so I better rest up as it looks like a bit of a steep hike.