The River’s Still a Bit Muddy, But the Wind Was Down for a Nice Paddle

I thought I’d give my back a break today and go kayaking down at Jenner as the weather was looking good too according the the weather guys and it was.

I put the boat in the water and paddled across to Penny Island and decided to head on down to the river’s mouth area as I hadn’t been down that way in awhile.

I’m paddling down along Penny Island. 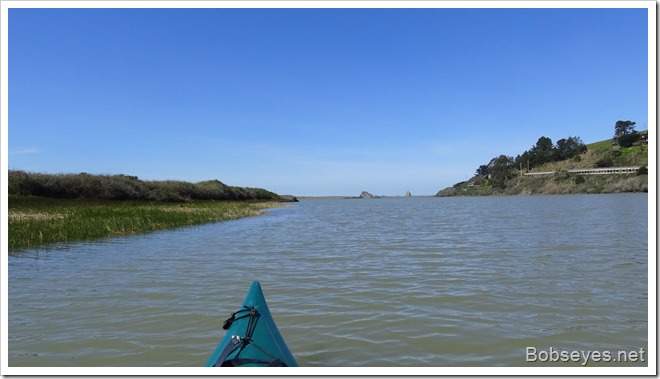 I paddled on down to the lower end of Penny Island and pulled in here to watch things for awhile. There was a little wind, but not much and it wasn’t a cold one. 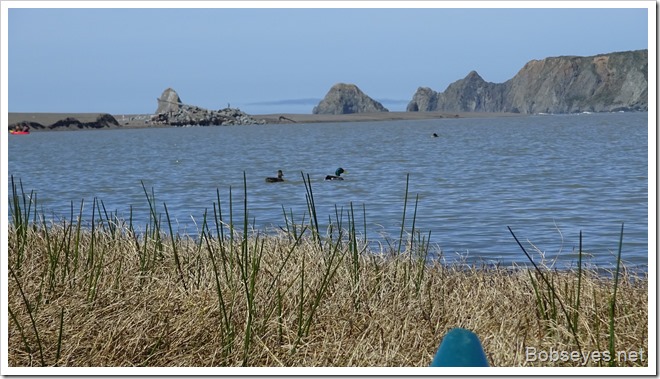 Eventually I crossed the river headed down to the open river’s mouth area just up ahead. 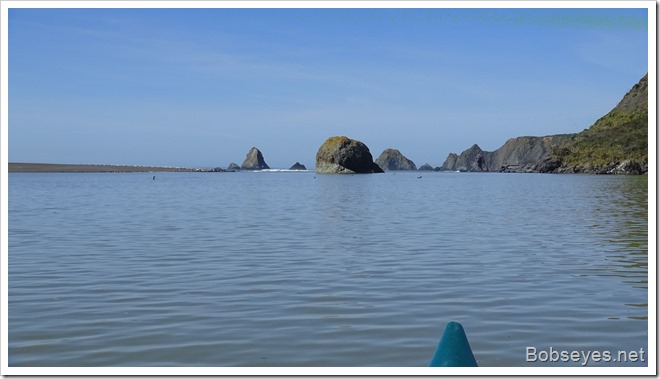 With the weather improving, lots of birds seem to be returning. There were lots of harbor seals and birds resting on the sandy beach on the left side of the open mouth. 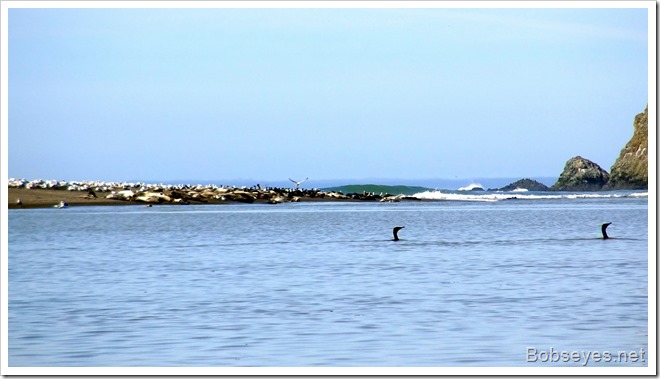 A little closer look at  the seals and the birds on the beach. 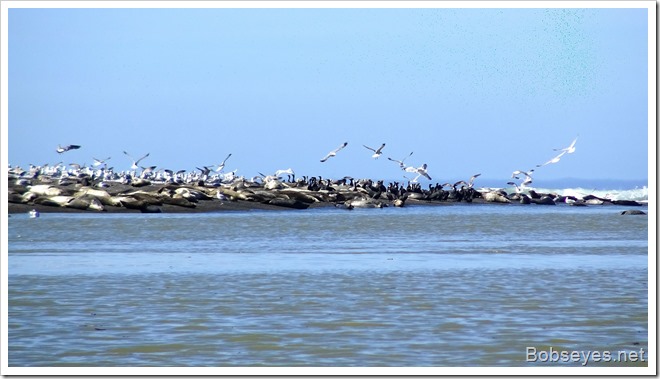 Over to the right were these cormorants resting up. The river water should be clearing up soon so it will be easier for the cormorants to feed in the river. 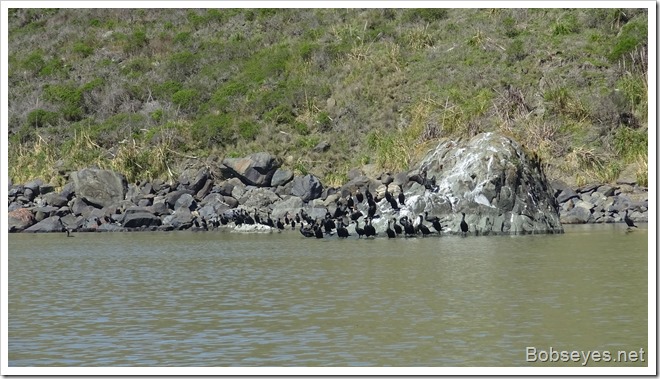 I hung around the mouth area for awhile, then started back up the river along it’s south edge, letting the high tide and the wind take me along to this spot I call the Slot where I stopped for awhile. 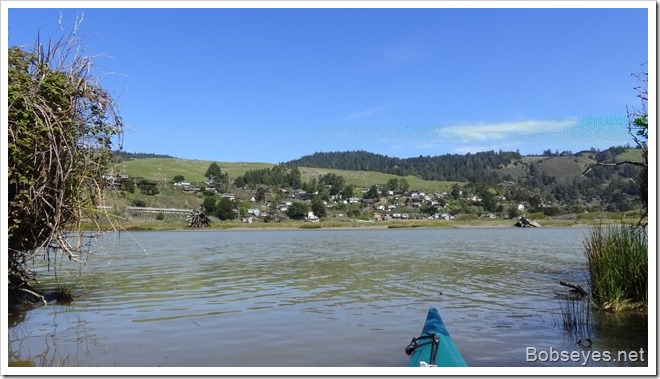 I worked my way up the back channel of the island and stopped in this spot. 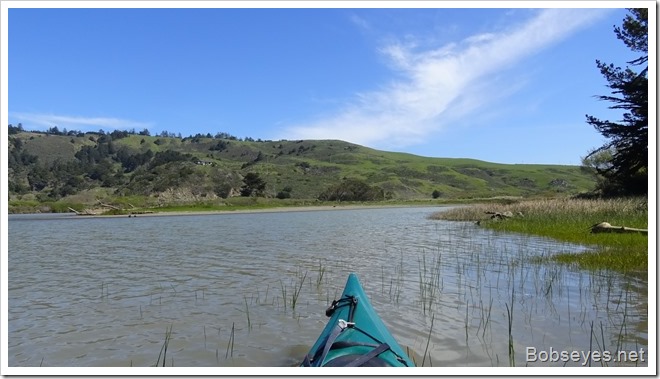 Then crossed over to the little channel on the upper end of the island here. 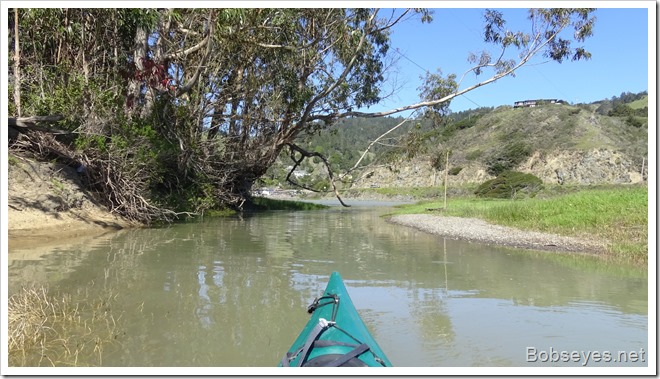 Turned back at the Grotto

I took my time and worked my way up the river about a mile stopping here and there until I got to this spot I call the Grotto. 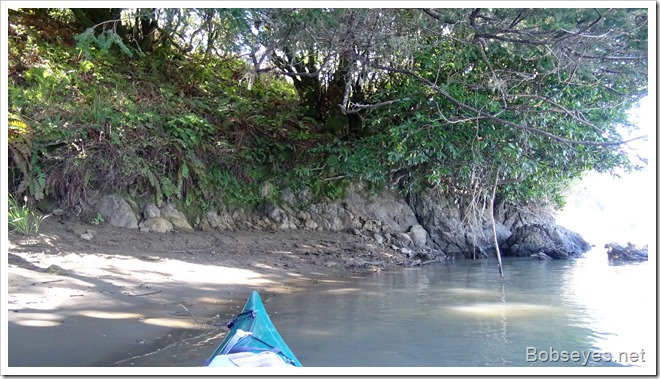 I hung out there for a bit and then crossed over the river to the other side to check out some bird life there.

The geese were honking a lot making a lot of racket, here’s a couple of them. 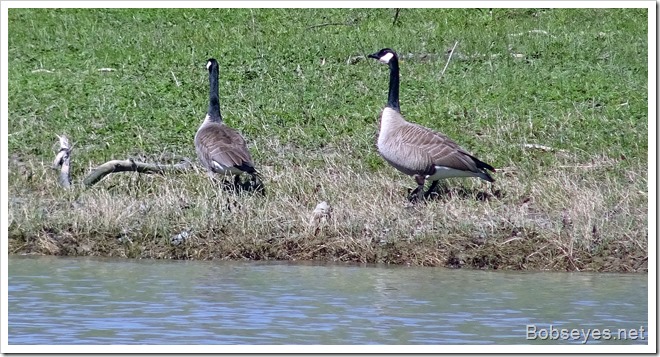 I ran into these cormorants just as I paddled around Paddy’s rock. There’s a couple seagulls there too. The river’s water is still too muddy for good fishing so there’s only a few cormorants here now where there are usually hundreds of them. 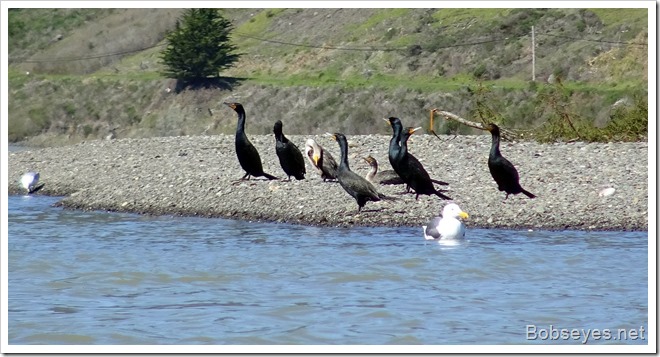 I continued down along the north shoreline and stopped here for a bit headed down to the town of Jenner. But first I crossed over to the trees on the left which are on Penny Island. 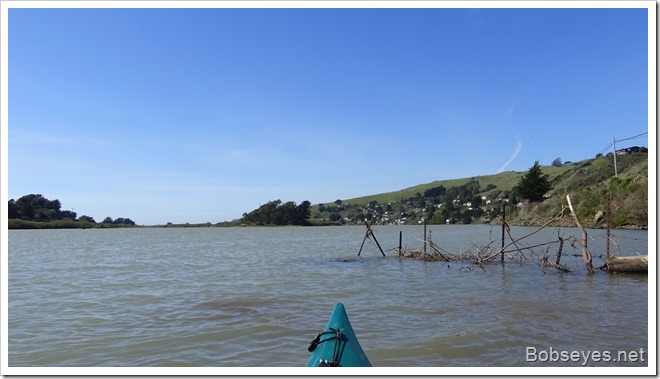 I made it to the boat ramp, put my boat on the car and headed home.

I did stop at Monte Rio to see how the boat ramp there was doing. It looks like most of the mud is drying up, but it’s still sinky mud were the water puddle is, so maybe in a couple days it will be hardened up too. 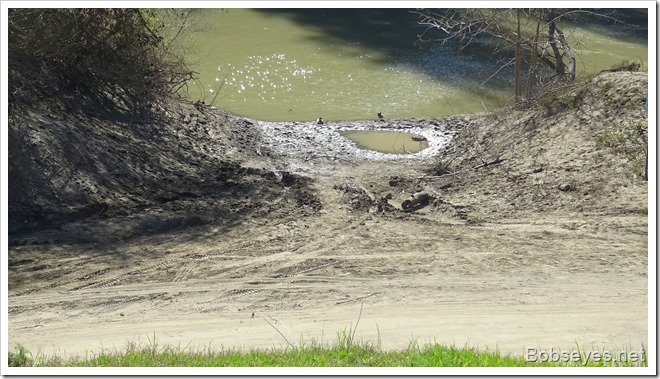 And I did some garden enclosure work

Once I made it home a nap was in order and then I went outside and eventually did some work cutting and welding rebar to make another side to my garden enclosure. I got another side about three quarters done before it got dark. Well actually I got tired and quit before it got dark and then just took it easy in the yard for a bit.