The River, The State Park Guys, The Train, and The Ocean

It rained pretty good last night and finally stopped this morning some time before I got it going.

Since it was damp out and a bit on the cool side, I didn’t have anything planned for the day, so I had to sit around a bit and think on it.

I came up with some stuff to do and had a plan to head for the river, but not to kayak, although I almost did when I saw the river.

I drove on down to Monte Rio and stopped at the boat ramp to have a look at the river. It was up a couple of feet indicating the river’s mouth was closed up at the ocean where I’ll be going a bit later. 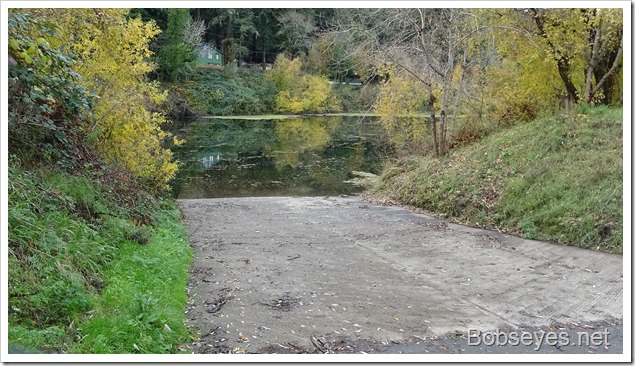 I walked down the boat ramp and this was the view looking down river. I almost put the boat in the water but I had something else I needed to do, so I didn’t. 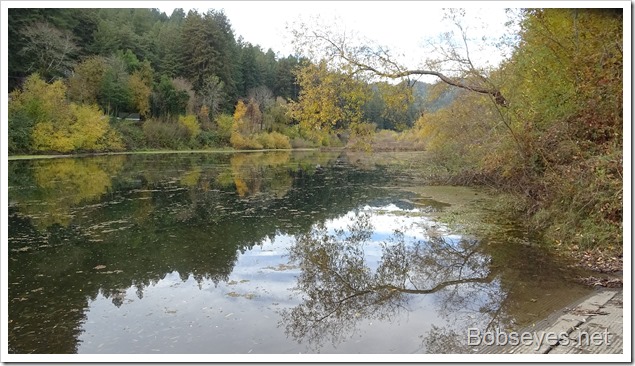 I got back in my car and drove about five miles down to this spot they call Duncan’s Mills as that’s where Duncan used to have a saw mill in the olden days. Note the train car. This was the end of the line for the train that used to be in here until about 1935. They  had to turn the engine around on one of those things they call a turn table. I made a left turn here to do some business with the state park guys. 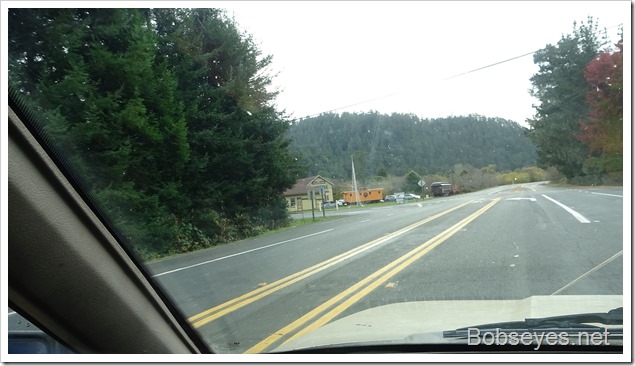 I parked in their parking lot and got out to this. Some old cars that were used on this line and are now some kind of offices for some of the state park guys. 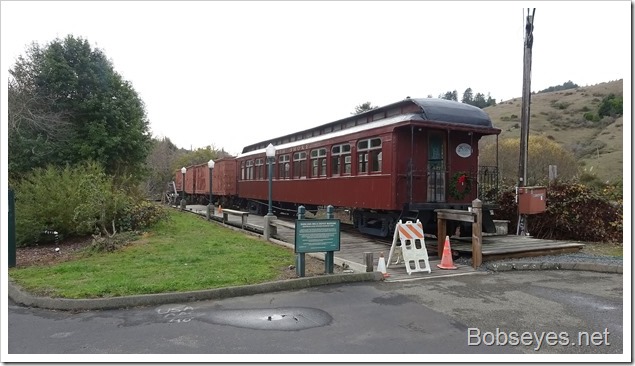 On the way to the main office, I saw this old sign for the train. It went to San Francisco and to a small town not far from here called Cazadero. 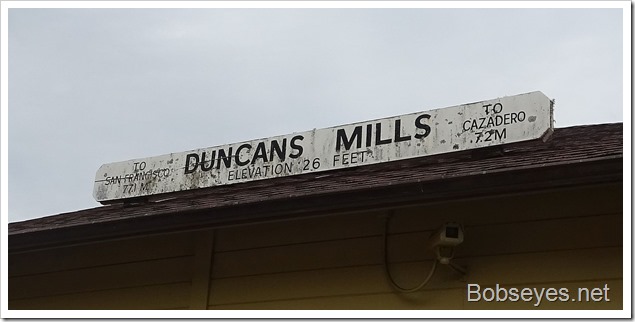 I’m headed to the main office for the state parks in this area. 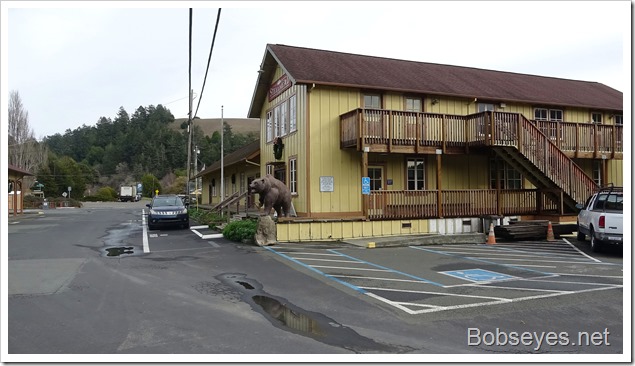 This was the place I wanted. I wanted to visit with one of the head guys here and was dropping in unannounced. 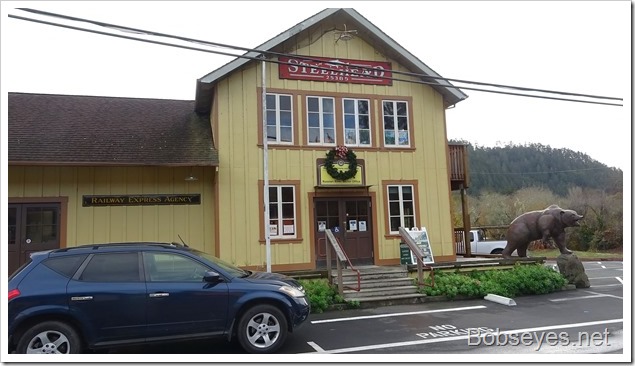 I was telling the lady at the front desk who I was and I wanted to see Bill when a guy named Brendon ,who works here, heard me in the back. He said Bill was in and Terry the big boss was also here, even better.

We are working with them to try and sell our family property to the state parks system.

Headed to the ocean

I could see the state park guys were real busy and had stuff to do so I didn’t stay too long and got back in my car and drove down the highway towards the ocean about five miles.

That’s the small town of Jenner up ahead, by the river and by the ocean. 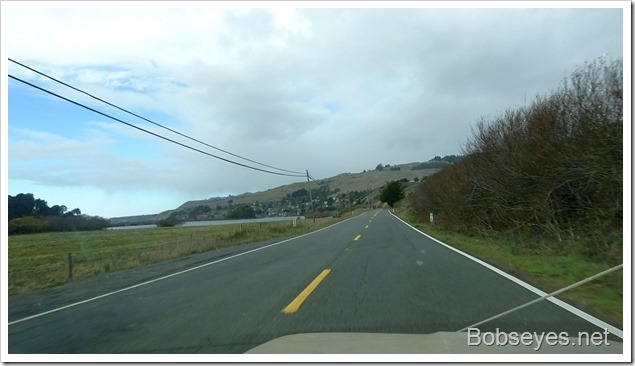 I drove through town and to the overlook here. this is looking up the river and the ocean is off to the right. 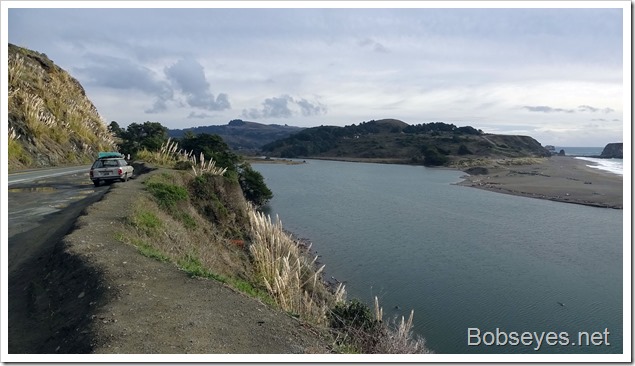 There’s always a nice view from this spot, looking west out over the Pacific ocean. 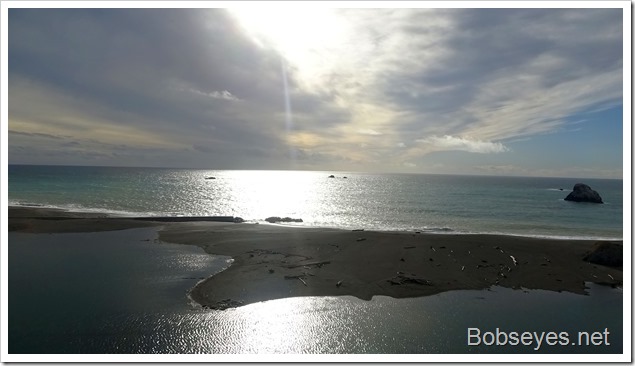 That’s the river in front of you and  the ocean on the other side of the sandy beach, looking mostly south. You can see the river’s mouth to the ocean is closed so no water from the river is flowing into the ocean. 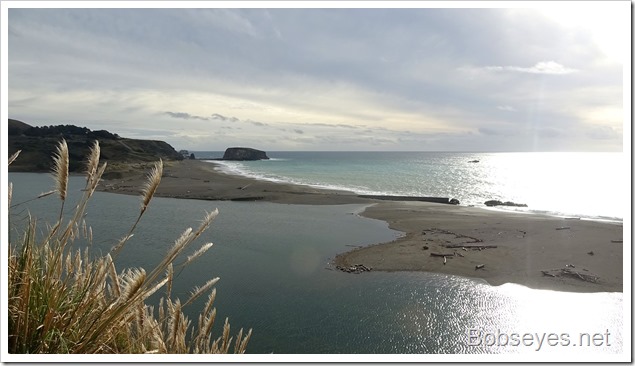 The old jetty where the river water usually flows into the ocean, but the sand blown up by the high winds has closed the mouth off and will cause the river to rise. 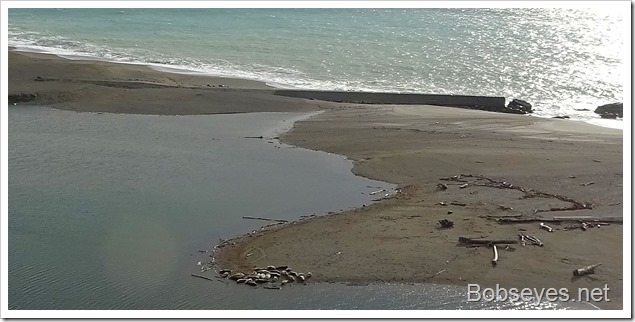 This was the view north, a bit sunnier up that a way. 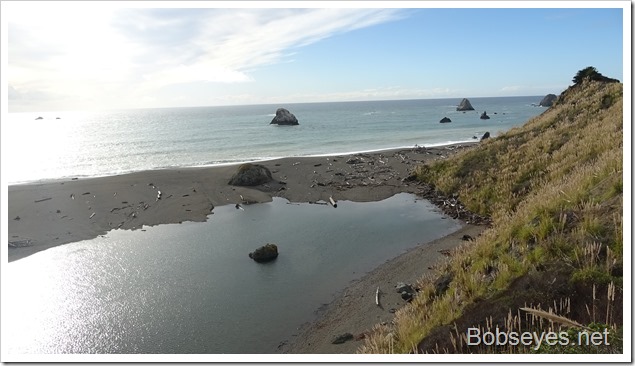 A few of the harbor seals that hang out here, resting up after a day of feeding in the ocean. 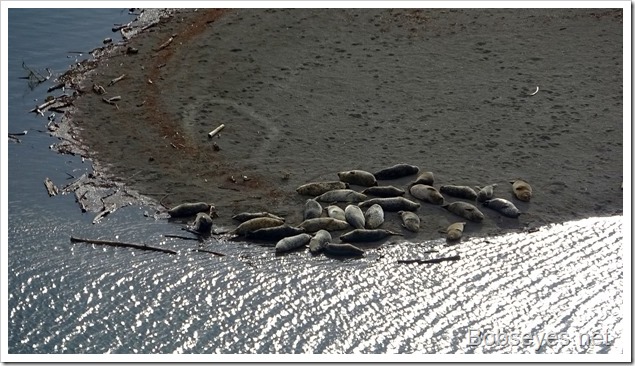 Usually there are about 200 of them here when the mouth is not closed up. 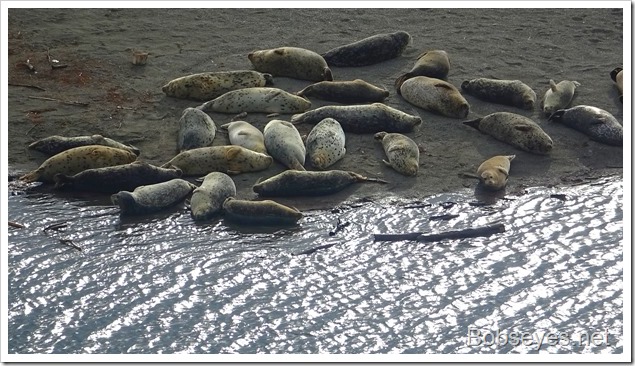 I headed for home stopping to visit some friends and then  headed on home.

4 Responses to The River, The State Park Guys, The Train, and The Ocean