I had been watching my brother’s garage for a rat that he said was living in there. I hadn’t seen it in about a week, but last night it showed up and the camera caught it running down the wall, just above the fridge.

Here it is on the wall there just above center. It’s hard to see. 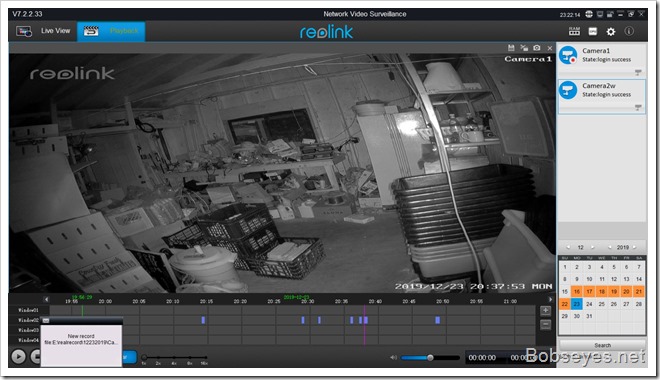 It landed on the top of the fridge and an automatic light of my brother’s went on and it took off back up the wall and that was the last I saw of it that  night.

This morning it was rather cool as I went out to feed the chickens so I went back in the house after taking care of them. I warmed up a bit then went out and tackled two more fruit trees. Two apple trees to the left of the ladder. 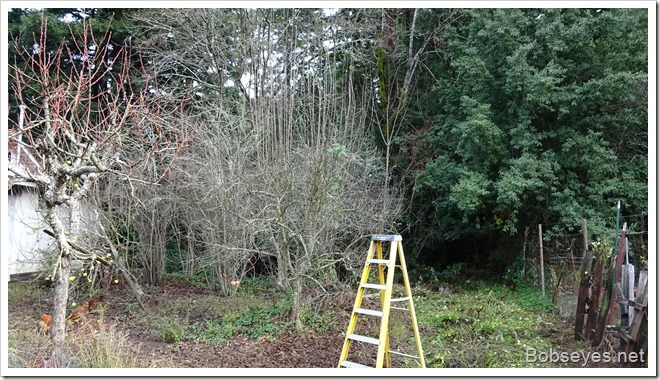 I got the loppers and pruned off a bunch of wood. Apple trees grow pretty fast so there’s a lot of limbs to trim off and it all falls on the ground which is another job to take care of. 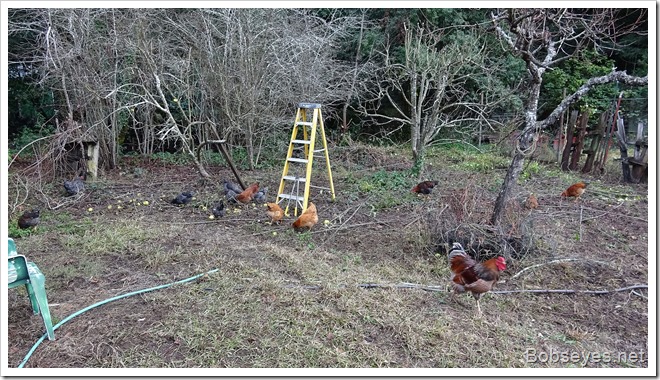 It took awhile and a couple of breaks but I got them both trimmed up as you can see the one over the ladder is a bit smaller now. 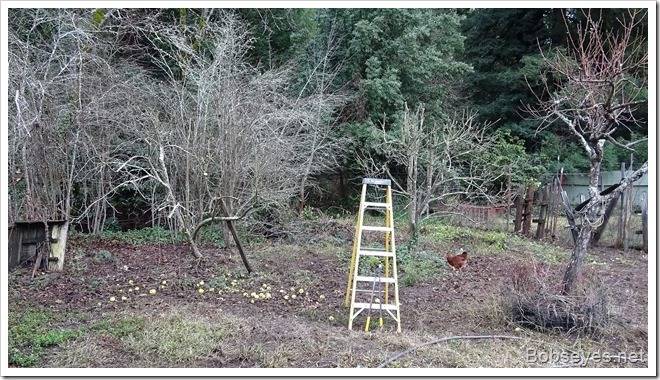 After trimming the trees there’s a bunch of brush on the ground that needs to be picked up and something done with it. I hauled it over to my portable mulch cage which you can see just behind the chickens. 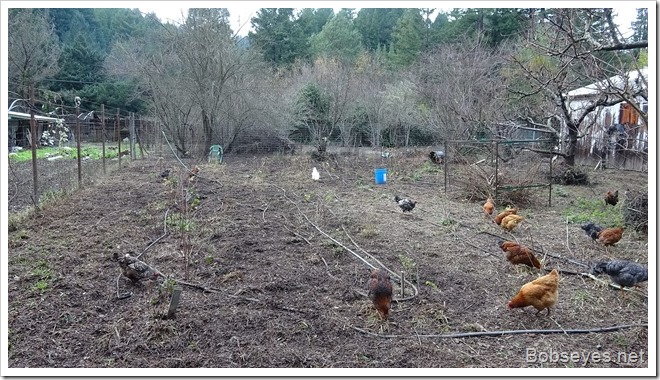 That all took most of the day by the time I got all the brush picked up. I mostly puttered around the yard after that chair hopping and enjoying the day.

I did go over to  my brother’s garage and moved he camera to a better spot to spot where the rat was going to get in and out of the garage.

The rat showed up just after dark and I caught it again. Now I need to move the camera again as I can’t see on the other side of the boxes where the garage door is and a possible in and out for the rat. 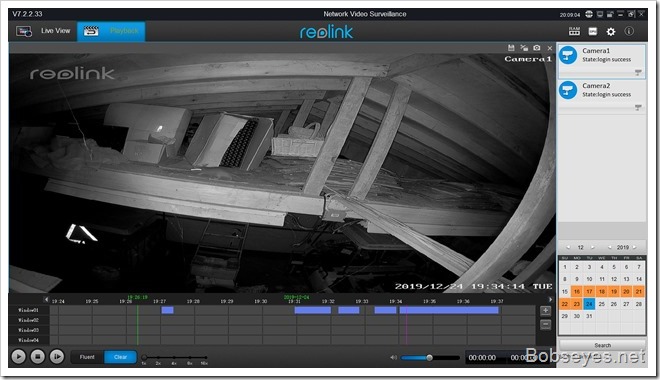 The rat seemed to have left that garage and shortly after that I heard something up in my attic. :O)

1 Response to The Rat and Pruning Two Apple Trees