The Old Van Has Been Resurrected

Today was the big test

I only had a couple more things to do before I was to hook up the van’s batteries and see if I set the distributor gears timing properly and if and what else either works or doesn’t.

So I was in the van’s battery compartment and hooked up the cables. 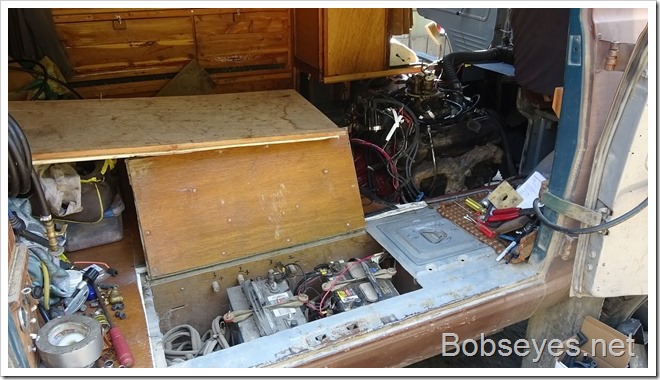 This would be the first engine start since I started working on things after the van’s engine fire burnt all the wires up.

I  needed to get the distributor timing set so the engine would run right, that’s the black thing on the left with the black wires coming out of it. 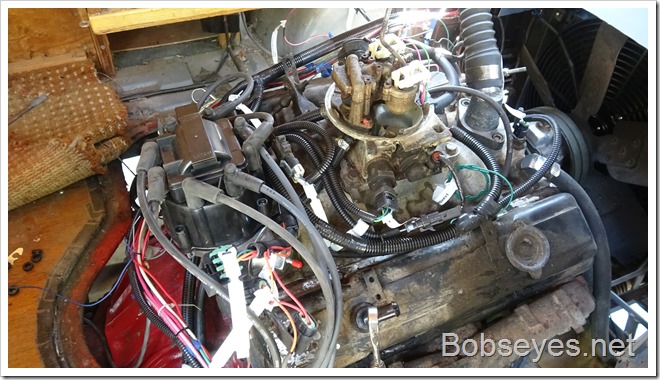 So I tuned the key on and off several times to get the fuel pump to run and prime the fuel lines I’d replaced. I didn’t hear the pump run so something was wrong and there was no gas getting to the TBI unit as I could see the injectors. 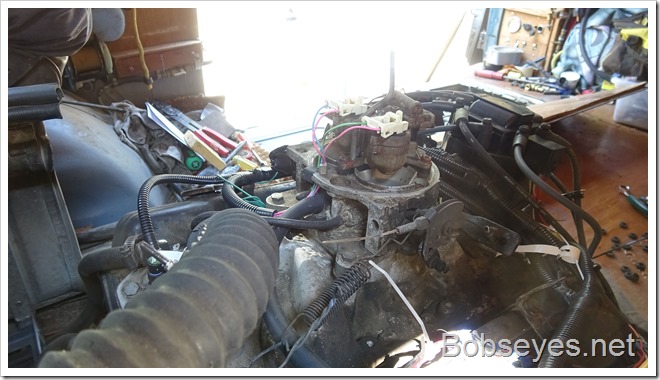 I had noticed the check engine light did not light up when I turned the key on as it should so I suspected that was why the fuel pump hadn’t ran when I turned on the key. 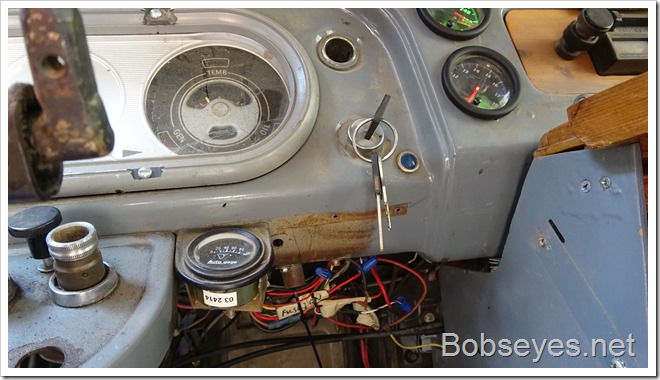 Next I checked the fused wire from the battery here and found that I had hooked these two wires up wrong and one of them was power to the computer. I cut the wires and reverse them. 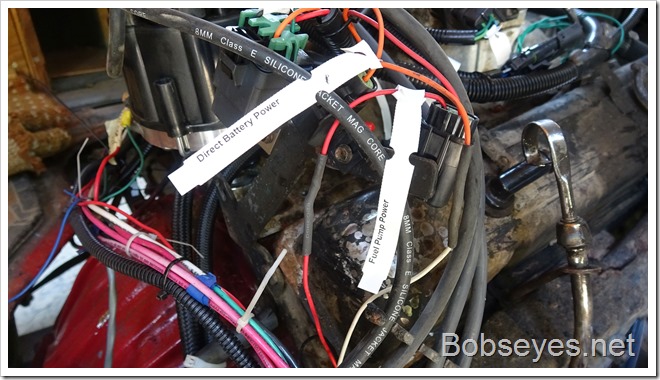 Lights on but Temp gauge is not working

And now when I turned on the key the light lite up and I could  hear the fuel pump run for a bit. I noticed that round temperature gauge on the top wasn’t working so I needed to check all it’s wires next. 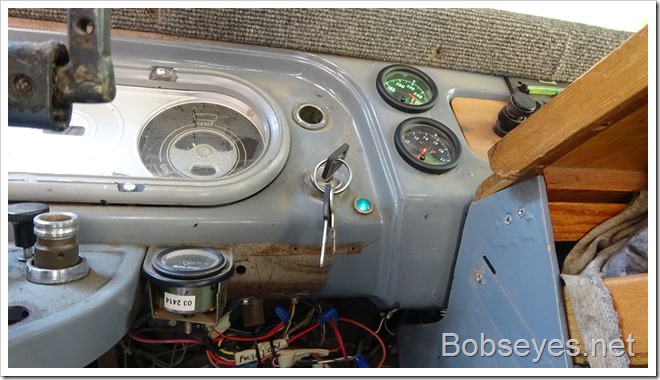 To get to that gauge’s wires I needed to go through here. I found a box to kneel on to help a bit. 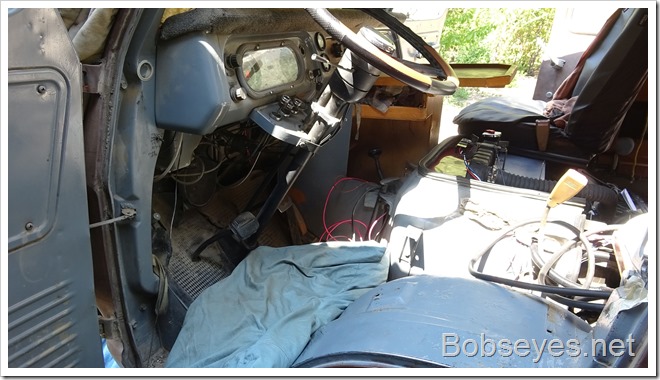 And then I had to take the wire rats nest apart to check the wires on the gauge. 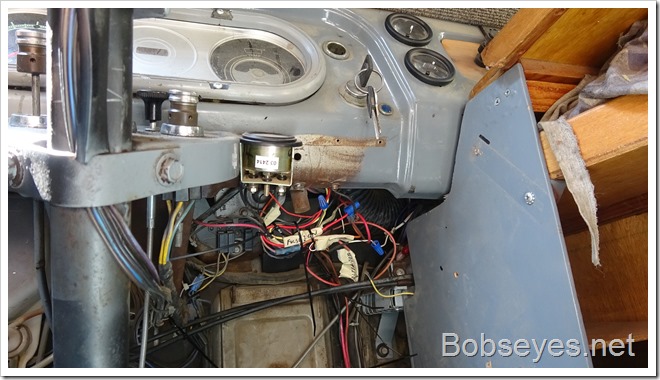 But first I needed to disconnect the battery. I’ve been testing out these quick disconnect battery connector for awhile now and really like them as it makes taking the cables on and off real easy and not a pain. 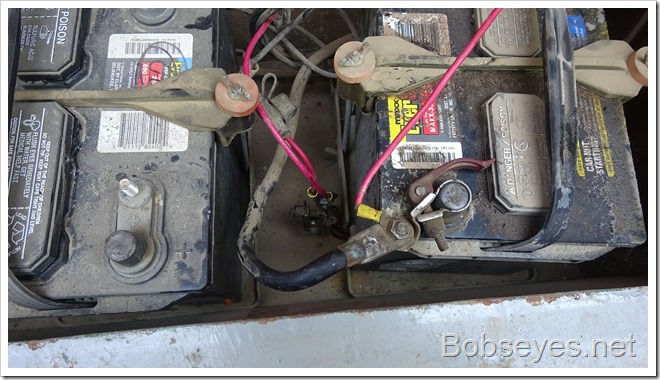 I cut all the tie wraps and found I had a gauge wire going to key-on instead of the battery so fixed that up. 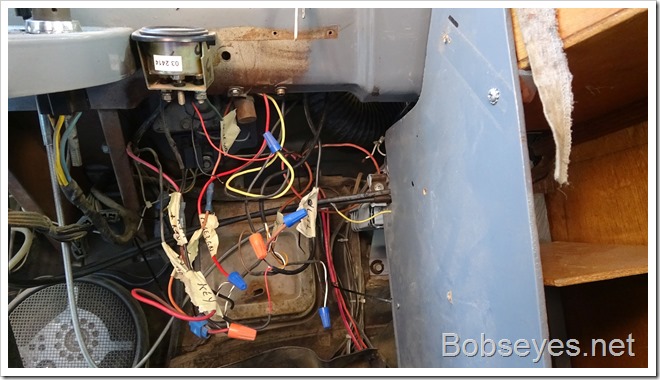 Both gauges are working now. 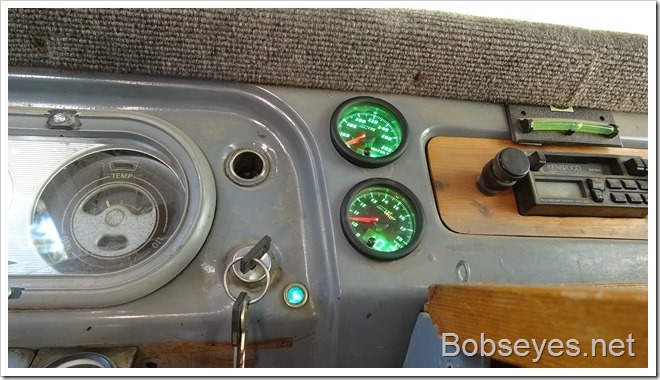 Ready for the big test

So now I was down to what the day was all about starting the engine for the first time after all the repairs.

I tuned the key and it took a bit for gas to get to the TBI unit but when it did it started up, rather rough but running and then died, so I did stuff right or it wouldn’t of done that and now I needed to set the timing.

Setting the timing and fixing the high idle problem

I set the timing with the timing light and the engine ran much better but was running too fast. I found I needed to loosen up the throttle cable as it was too tight and not letting things idle down properly. That fixed that. 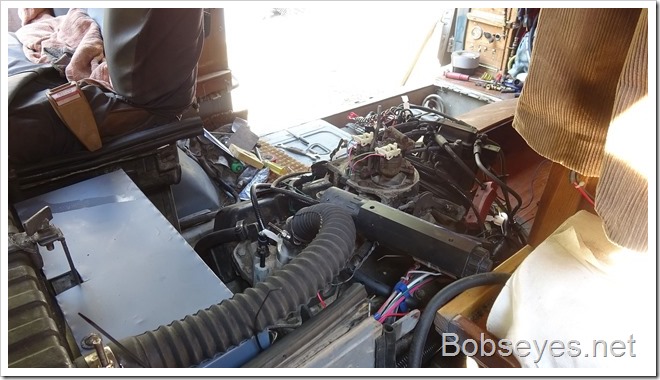 Once I had it running properly I let it run until it got up to operating temperature and checked for gas line leaks and radiator line leaks of which I had none. I did check for gas leaks earlier just in case.

Now that I know everything is ok it’s time to start putting all the little stuff back together and get this project finished up so I can prep it for a trip.

3 Responses to The Old Van Has Been Resurrected