The Hermit and I Have a Nice Chat Reflecting

I thought today would be a good day to visit the hermit to see how he was doing and if he was still alive so once I got it going I got in my car and drove the short distance up to the closed state park.

The park is closed due to the recent forest fire making it unsafe for people because of trees that got burned and might fall at any  time.

I had the key to the first main gate so I went on through. 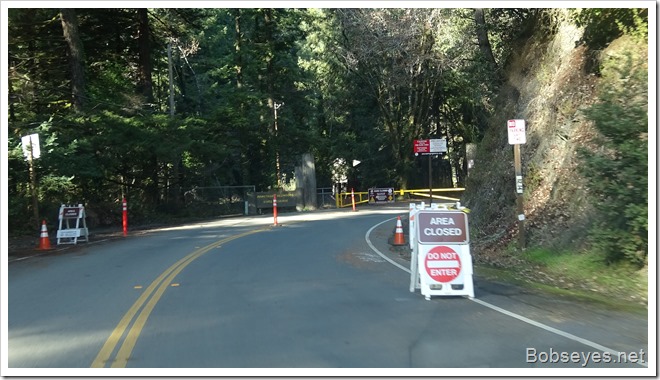 And I barreled on through this pay station stop sign too. 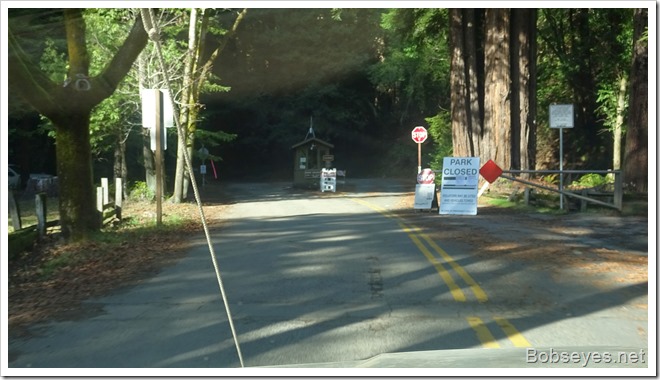 I saw no one in the park not even park employees as I drove on through the big redwood trees. 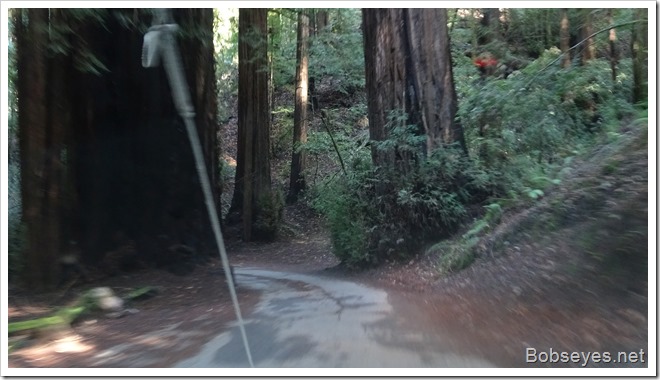 And up into the park. 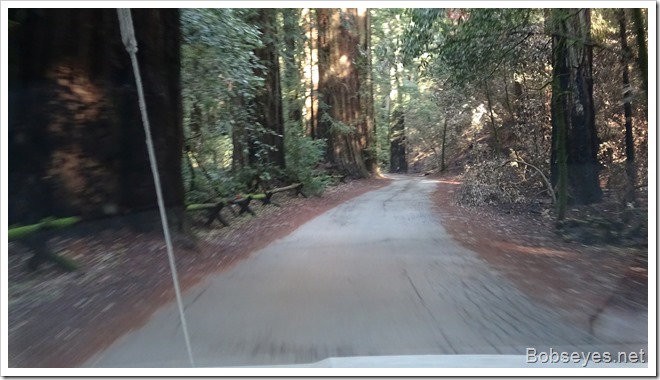 Part of the reason the park is closed is the picnic area is full of logs they cut down from the recent forest fire. 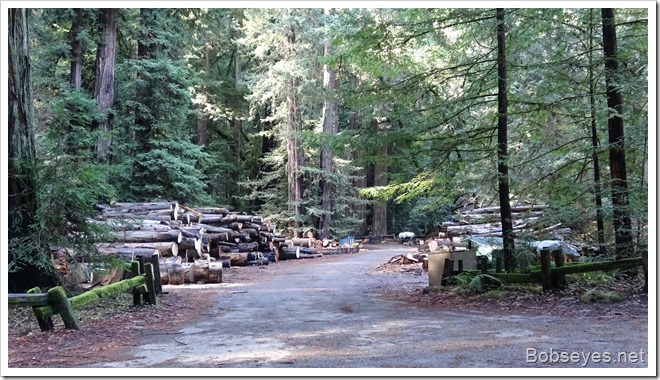 More signs that say road closed but not for me. I drove on up the hill. 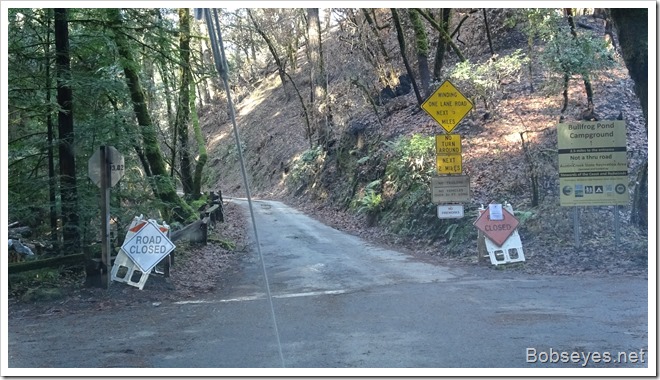 As I entered the hermits road his helper was just driving out after taking the hermit shopping so I stopped and chatted with him for a bit as I was hoping to catch him here as I wanted to talk about the hermit’s water system he’s been working on.

Then I drove the rest of the way in and parked here and walked up to the house. 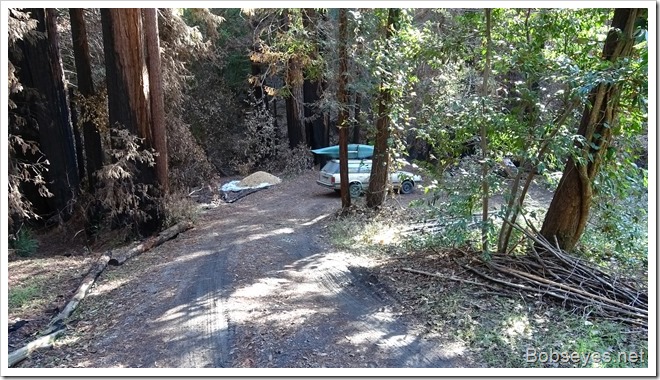 His house is up in the trees and he was very fortunate it didn’t burn up during the forest fire. 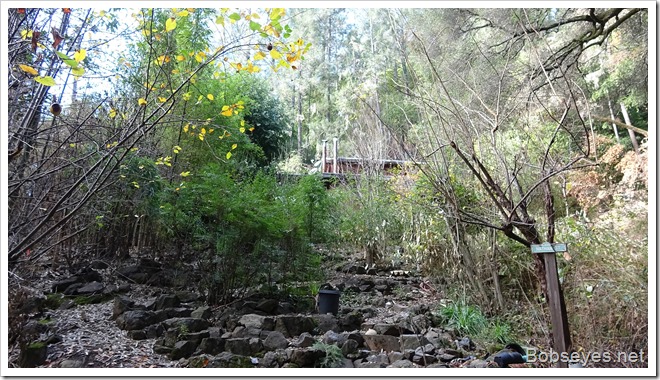 Here’s his house and I could see him inside putting away his  groceries which I knew he was doing as his friend had told me that is what he was doing. 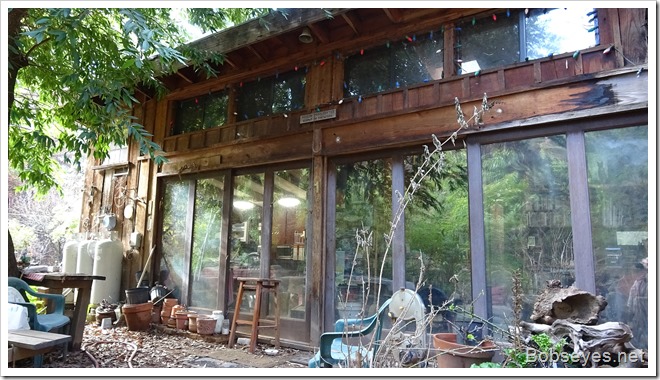 I said hi and he directed me to his living room until he had all the groceries put away which I knew at his age was going to take a long time. I knew he had to concentrate on getting it done if he wanted to get it done.

Hung out outside in the garden

I elected to go outside and hung around his yard for almost an hour.

His yard is full of reflections of life. He used to keep it up and had over six hundred rose bushes in it but now everything in the yard is old and falling apart just like him and the rest of us.

I sat in this spot for awhile reflecting. 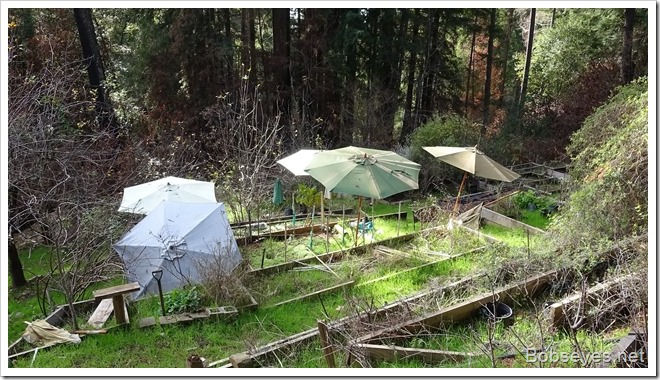 I walked over to where Gene’s house used to be before the forest fire. Gene died a few years before the fire burned down his house.

Lo0king at the remains I could see a lot of Gene’s life in the little things that didn’t burn up. It’s all that is left of Gene who lived here in this house by the hermits, on the hermit’s place. 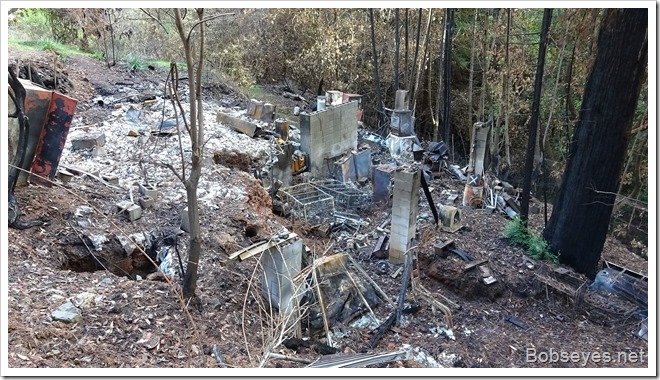 After a good wait I went back over to see how the hermit was doing and he was still at it so I sat in this spot for a bit, noting that old wheelbarrow on the right. Another fitting reflection. 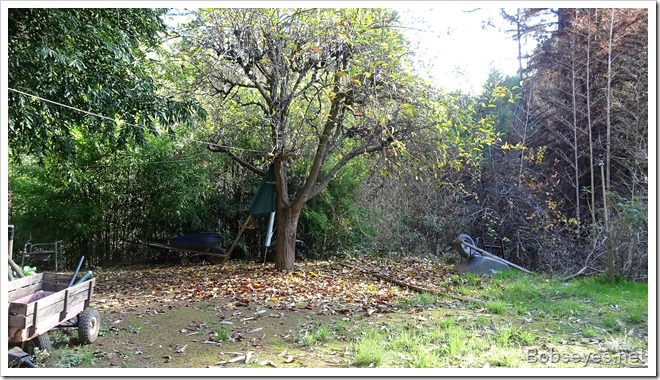 The wheel is falling apart just like everything in his yard. Life seems to be like the wheelbarrow. Eventually we all get to that point. 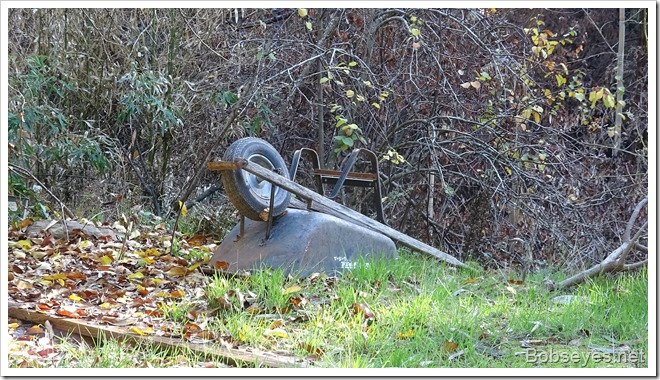 I noticed it got quiet in the house so I checked and he was in the back room putting some stuff in his freezer so I opted to sit in his living room knowing he was almost done. Not much you can do with an old fart except wait and be patient, you sure can’t hurry them. :O) 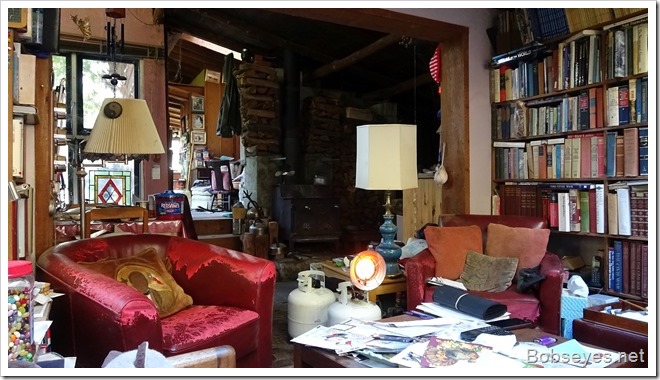 He finally came out and sat so we had a good chat for an hour or so before I could see his eyes closing on me which indicated he needed a nap so I might as well go home and do the same. 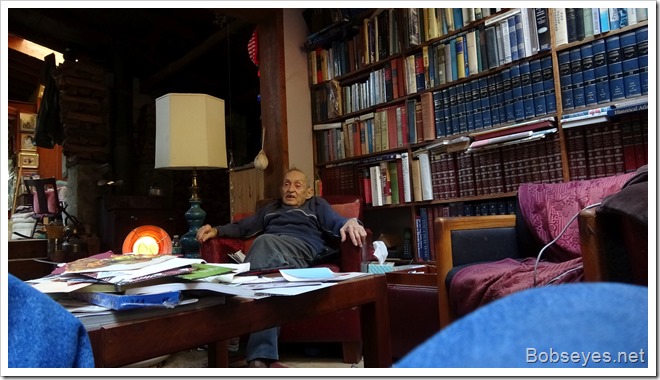 I had a pleasant drive back down through the park. When I drove into  my yard I could see the chickens at the gate as they wanted to get into the front yard to graze so I opened the gate and let them in and went in the house for that nap.

I had a exceptionally good visit with the hermit today, we talked about old times and how a lot of stuff just doesn’t ‘matter anymore when you get older. Things that used to be important when we were younger just are not important. Period. :O)