The hawk showed up again this morning but there were no easy meals as all the chicks were safely in the pen. 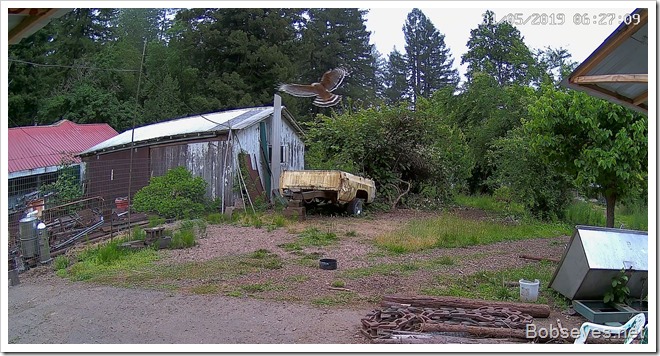 Marty was coming by around noon to do some electrical work on his van. He arrived and we shot the bull a lot and he worked on the van a little until his bad back said stop so he did and we shot the bull some more until he left. He didn’t get done what he wanted but he did get a start on it. 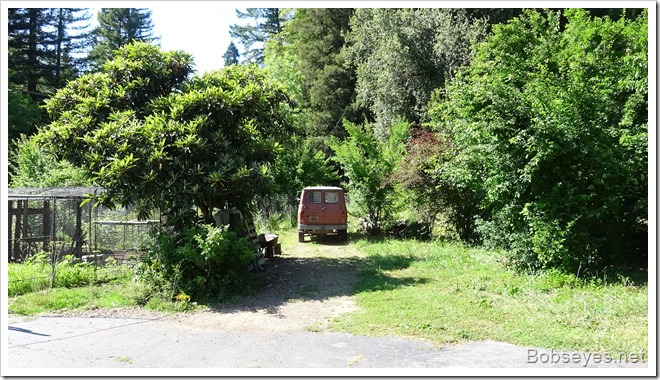 While he was here working on his van I set some stuff up to do. I wanted to use up  the can of spray foam I had to block some potential rat and mouse  holes.

I got my coveralls on for going under the house. But first I went up on the roof and plugged up a couple holes under the eves here. 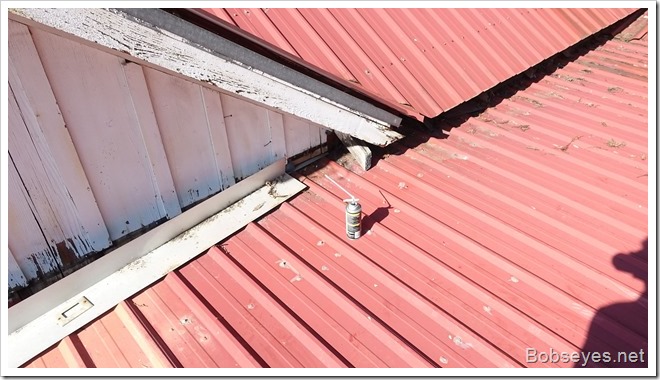 Going under the house and moving the camera

Then I packed the can of foam under the house to seal up a hole under there. I also wanted to remove the camera I’ve had under there to put it in some new spots to check out more spots for rat and mouse access to the house.

Here I just came back out from under the house and I brought the camera with me and and empty can of foam. 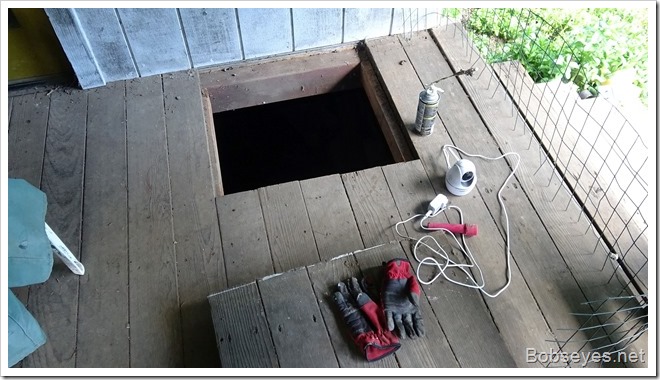 No fun under the house

This is a picture the camera took of me foaming the hole under the house. It wasn’t fun but I got er done. 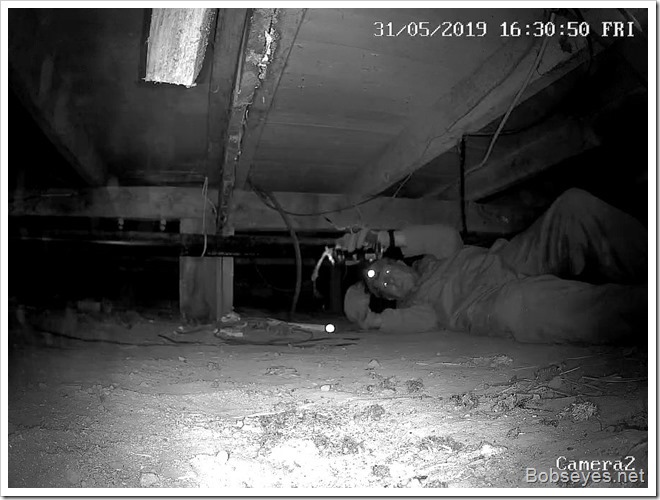 After crawling around under the house most of my muscles are complaining so that was pretty much it today for me.

After dark I moved another broody hen to a nesting box with eight eggs she was sitting on. Hope she stays on the eggs. She wasn’t too happy about the move so I’ll check on her in a bit to see if she settles down on the eggs.

I now have three hens sitting on eggs so maybe I’ll get some more baby chicks in another couple of weeks.It takes 21 days of sitting on the eggs before they hatch.

That was it for me today. Nice day and happy to get the foam done under the house and out of the way.