The Dump Trailer Dump Problem, a Hawk and Some Pruning

I found a battery and some jumpers by the dump trailer this morning. Tom must of read my blog and dropped them off early this morning. 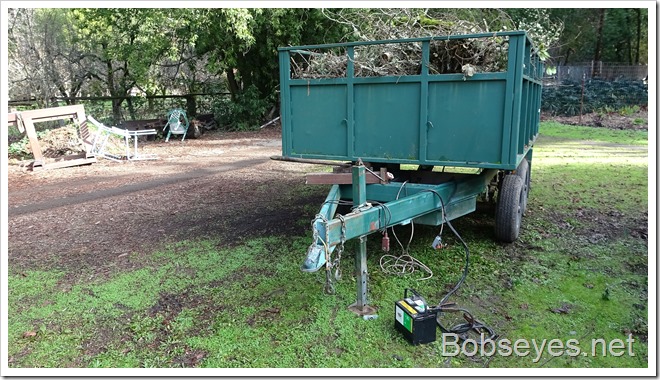 I tried to jump the old battery in the trailer but it was a no go, so.

I had to left the trailer bed somehow, at least enough to get to the battery and hydraulic pump unit to check out what the problem was.

I used some blocks of wood and a wrecker bat to pry the trailer up just a bit. 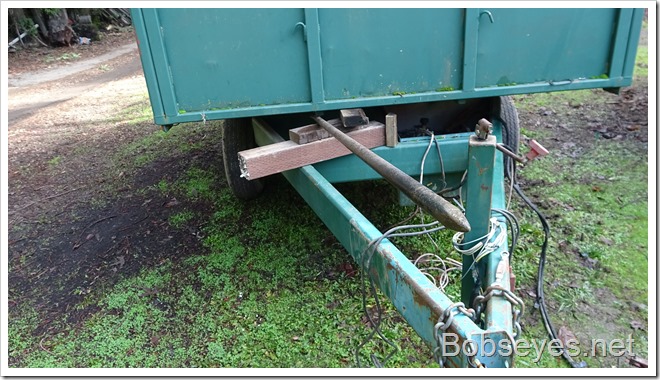 I was able to remove the old dead battery, just barely. 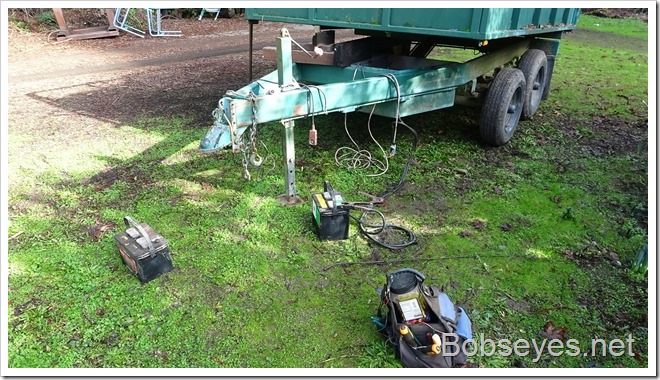 With the dead battery removed I was able to get to the pump and it’s controls but I wasn’t sure what to do so I sat in one of my chair hopping chairs to give it a bit of thought. 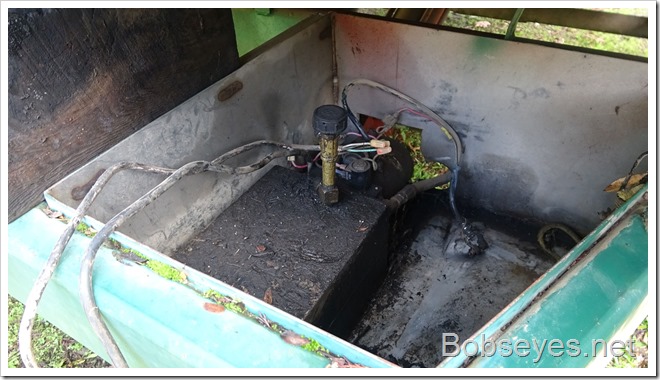 After some thought I decided to get a small jumper wire and try jumping the pump relay as that would check if that was bad or not. 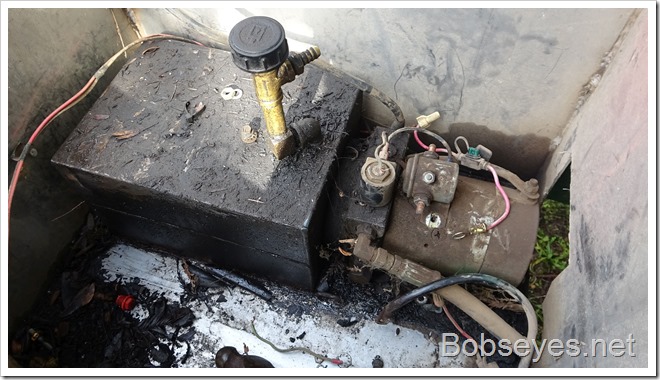 To my surprise the pump turned and I was now able to lift the trailer up with the hydraulic pump. While I was doing this the relay jammed on and the trailer almost dumped the load of brush in it.

But at the last moment I was able to pull off the battery jumper cable just in time.

I removed the bad solenoid unit and now had to get another one. 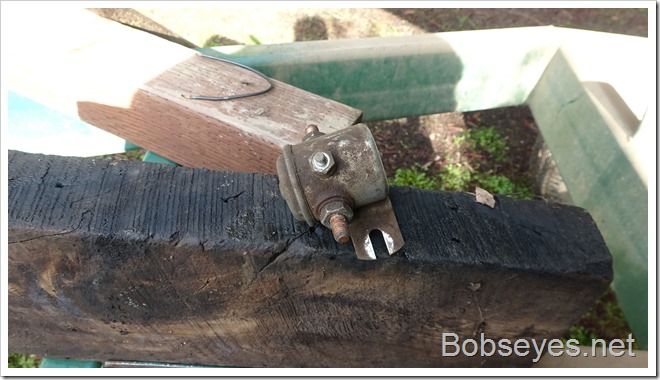 Got the part ordered up

I decided to see if Amazon had one, so it was to the computer for me. I did find one and got it ordered up, so now I have to wait a few days for it to arrive.

This peach tree was the target today so I got the ladder out and loppers and started pruning this tree as my helpers arrived. 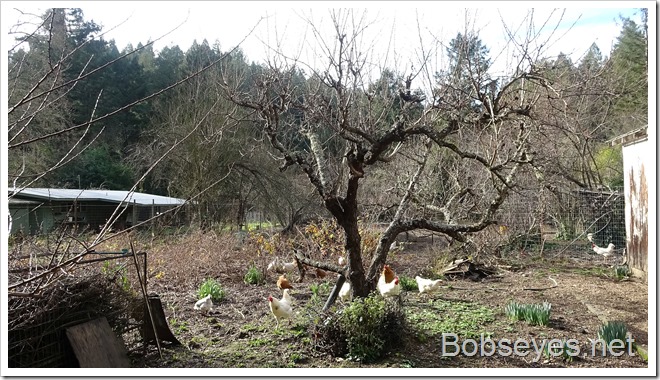 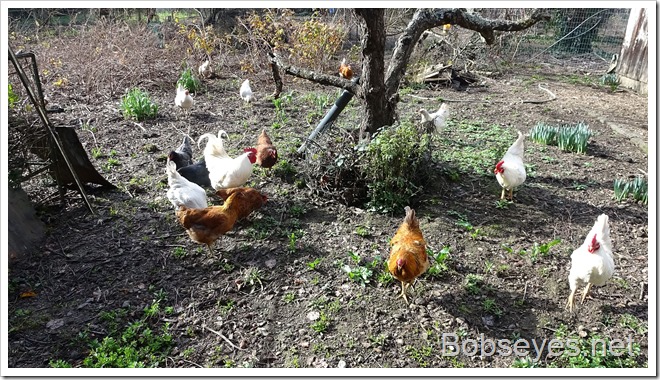 I got that tree pruned and then got the wheelbarrow and shovel out and loaded up this chicken manure dirt in front of this chicken to take out to put on some fruit trees. 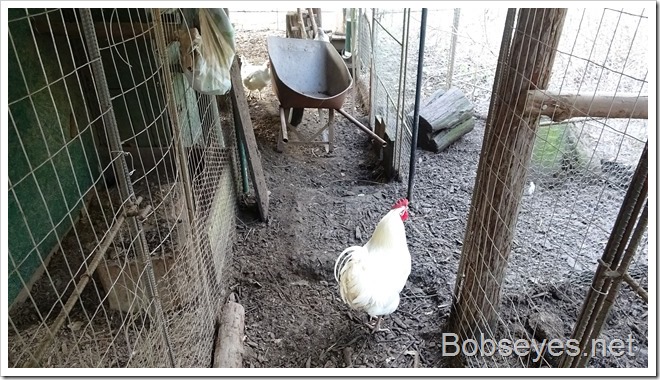 I dumped the manured dirt around some fruit trees and spread it out a bit. This is a cherry tree. 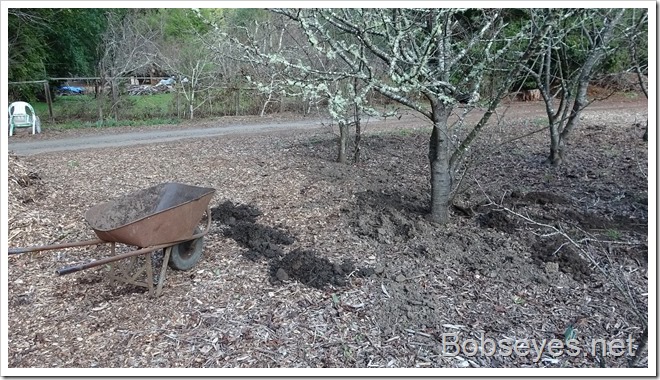 After three loads of manure dirt I loaded up some woodchips to put back in the chicken pen. 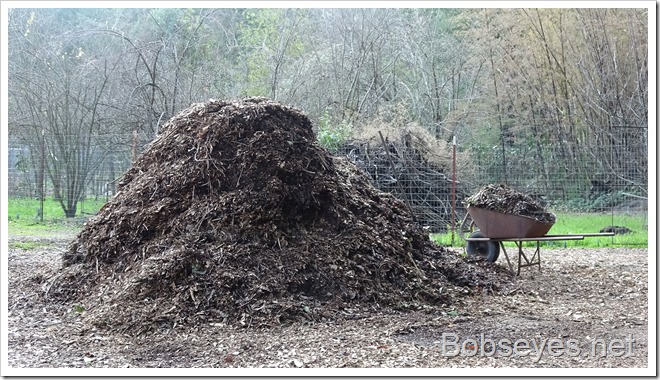 One load of woodchips was all I needed. 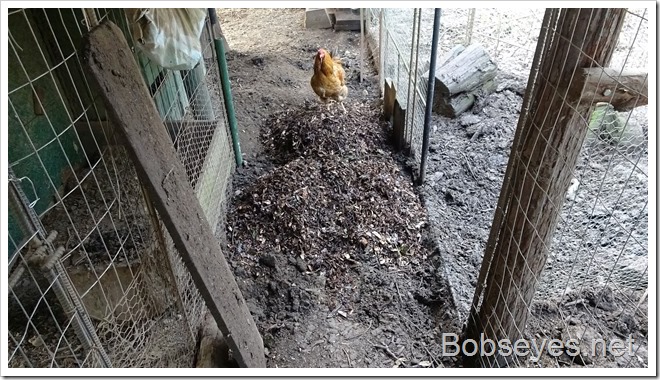 I didn’t see it but the hawk was back and the chickens were mostly staying under cover. I was sitting there so they use me for protection too. 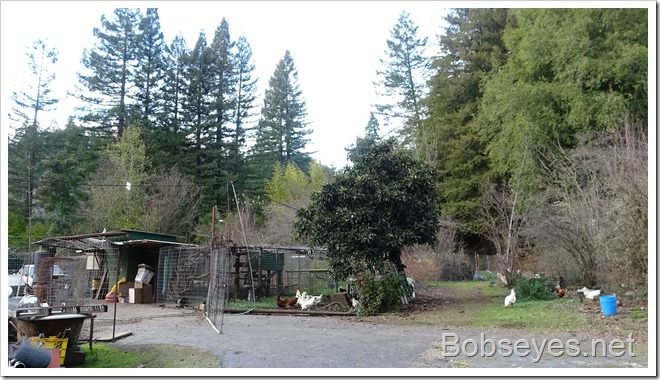 Its’ a small hawk and I’m surprised it’s big enough to take a chicken out. At least today it didn’t get a chicken.

With the hawk about and the chickens taking cover, I put some feed on the woodchips I just delivered for the chickens to spread out. 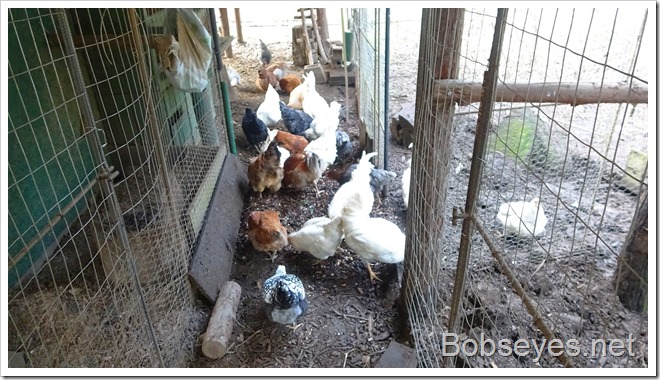 Rest of the day

I sat around and did some chair hopping for the rest of the day until the night chill came on and I adjourned to the house.