Fog in the air

The fog was just  moving into Jenner as I arrived this morning. It was trying to come in moving up the river. It was real dense down below the town of Jenner. It tried to come in for a couple hours before finally moving back out into the Pacific ocean.

Robin who works for the Bodega Marine Labs was putting in her boat at the ramp so I had to wait for her to clear the ramp. I chatted with her for a bit while she was prepping her boat. She is going out to collect the data off the data collection sites in the estuary.

I crossed the river and paddled up along Penny Island. I decided to not go down into the dense fog towards the river’s mouth, but turned up stream hoping to stay mostly out of the fog and in the sunshine. 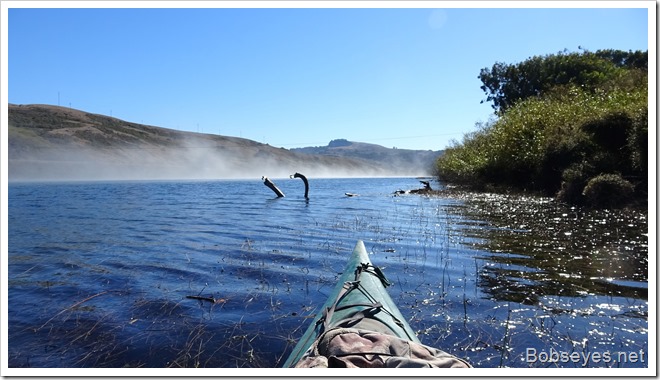 I wasn’t sure what the fog was going to do, so I sat here in the little channel on the upper end of the island for quite a spell watching things.

Eventually the fog moved back out to sea and I continued up the river a bit. 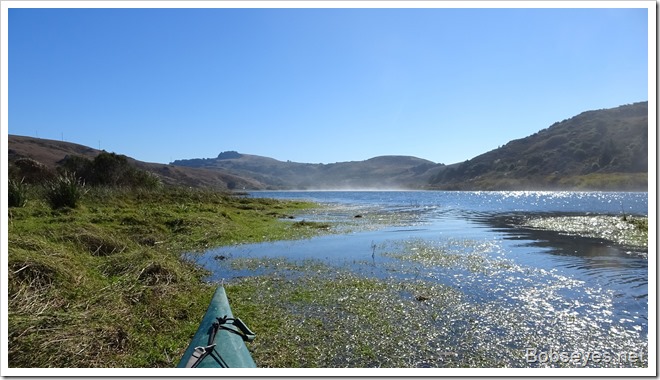 These two grebe went by as I sat there watching things. 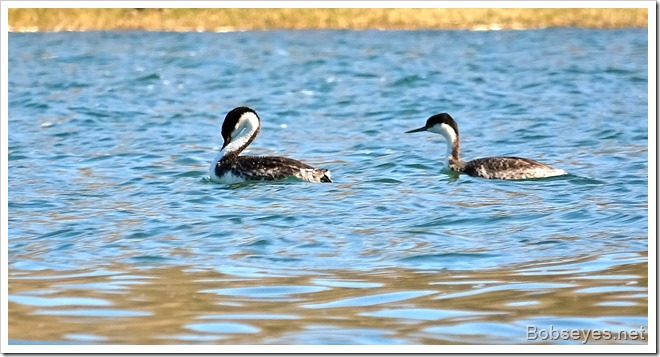 I headed on up the river a little ways along this shoreline. 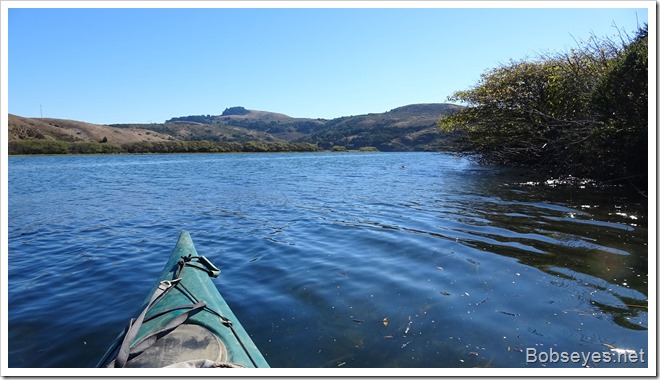 Dead deer in the brush

Some turkey vultures surprised me as they flew out of the brush just above the water level.

Here’s one of the vultures. 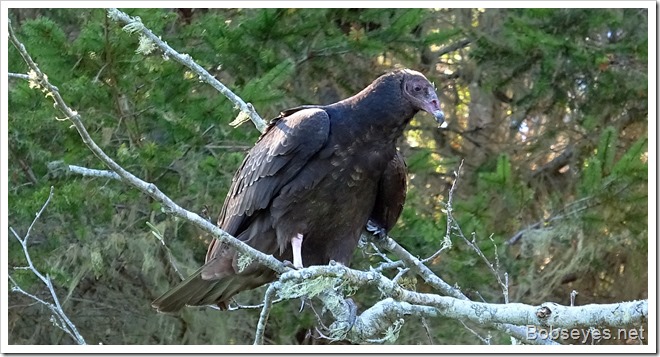 The dead deer is about in the center of this photo in the thick brush. I couldn’t see it’s head to see if it had horns or not. 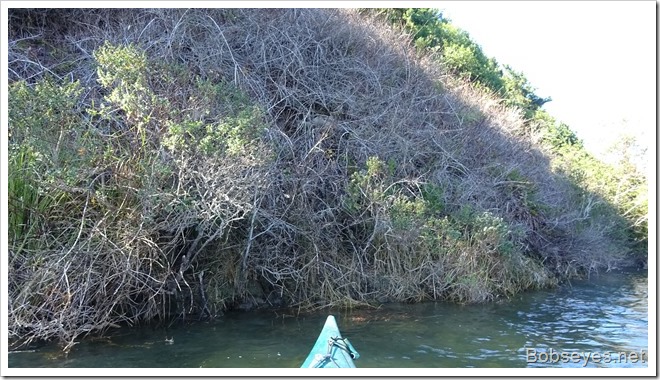 I continued on up to this point I call Eagle’s Landing where I sat for a bit watching things. 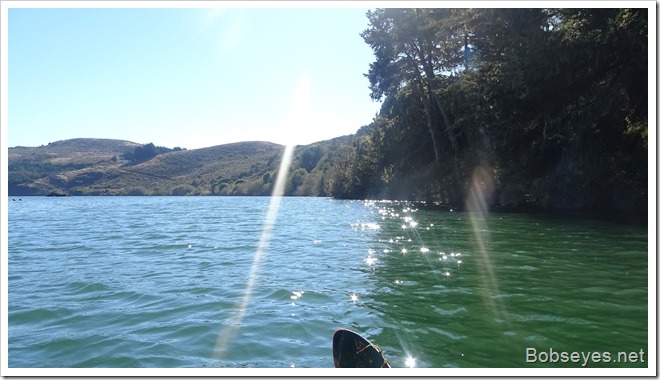 There were a bunch of geese across the river from me doing some honking. 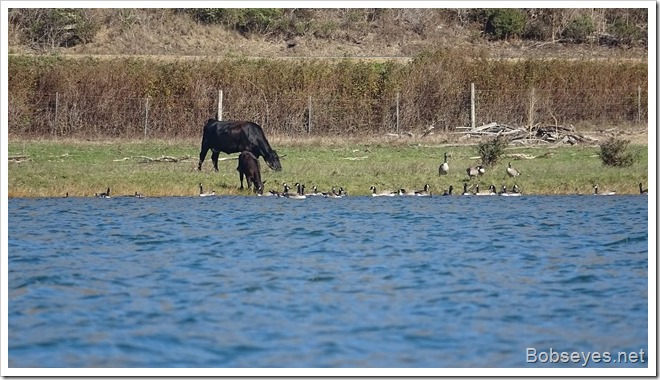 And this flicker flew into the tree above my head making it’s sharp call. 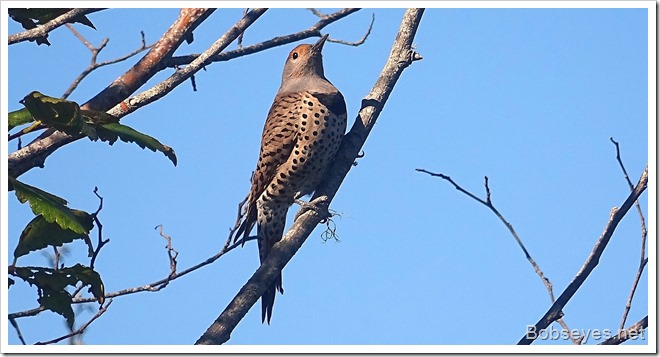 I worked my way back down the river and stopped in this spot across the river from Jenner and Penny Island which is between me and the town of Jenner. 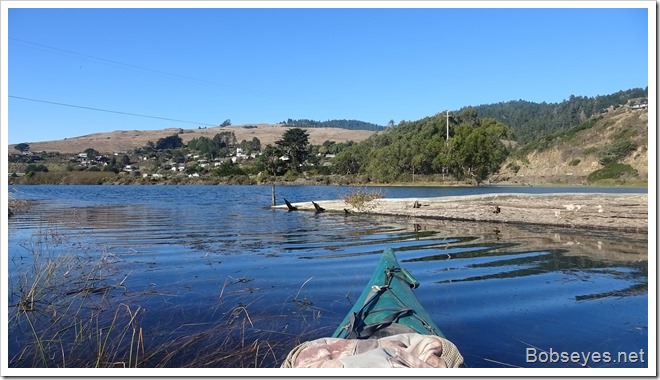 My cousin shows up

While I was sitting there, my cousin Laura came by with a friend in their kayaks so we shot the bull for a bit.

Eventually they paddle away headed around the island and I moved over to his spot at the upper end of Penny Island.  There were a bunch of ducks there that didn’t seem to be too concerned with my presence, mostly mallards and mud hens. 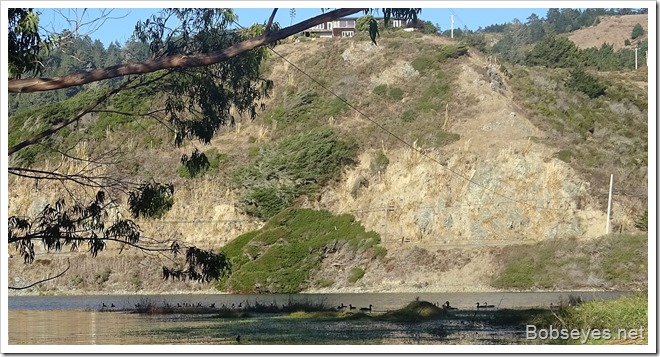 I headed towards the boat ramp stopping here between these big redwood tree limbs to watch for a bit. 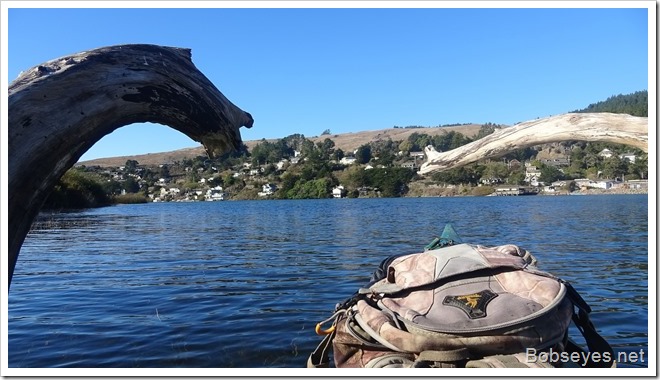 It was getting late in the day, around 5, so the sun was headed down as I crossed over to the boat ramp. 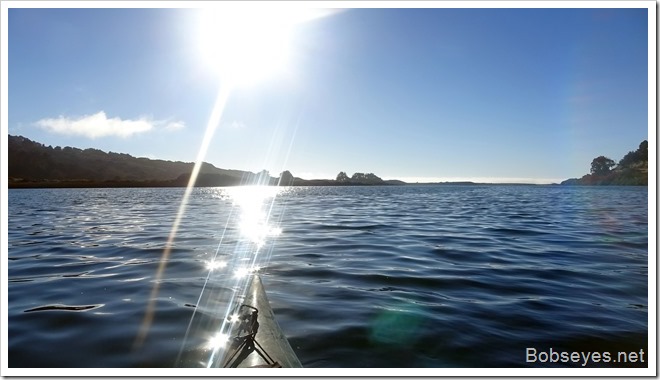 I put the boat on the car and went on home for the day and that was my day.