The Day Started Out Dark and Red So I Went Paddling

When I opened my eyes this morning around 8 it was still dark out.What.

And when I looked out the skylight and the window it was all real red out. The forest fire smoke had moved in.

This is what it looked like a couple hours later when I went out to tend the chickens. 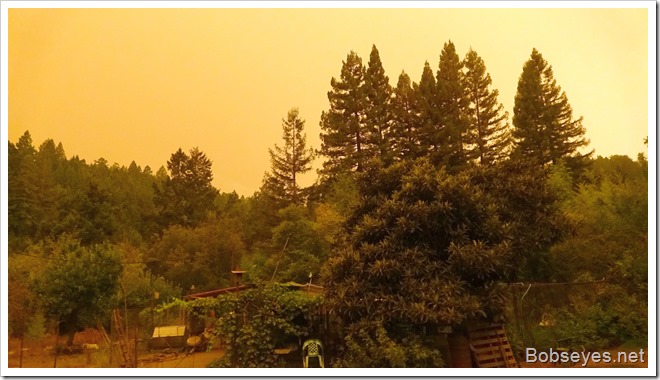 I’d sorta planned to go kayaking at Jenner this morning and thought maybe it would be nicer down there as it’s close to the ocean and since the smoke was in here like it was,  it meant there was very little wind which is always nice when kayaking.

So just before noon I drove on down to Jenner and put in the water and headed down river towards the river’s mouth. 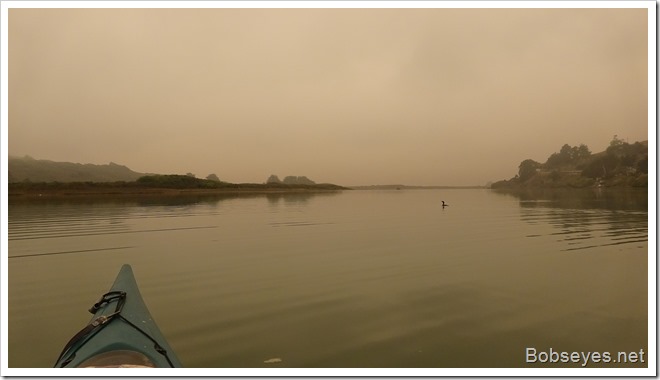 It was mostly high fog here with just a little smoke mixed in, not enough to smell it.

I could see a bunch of brown pelicans on the lower end of Penny Island just resting and doing some preening. 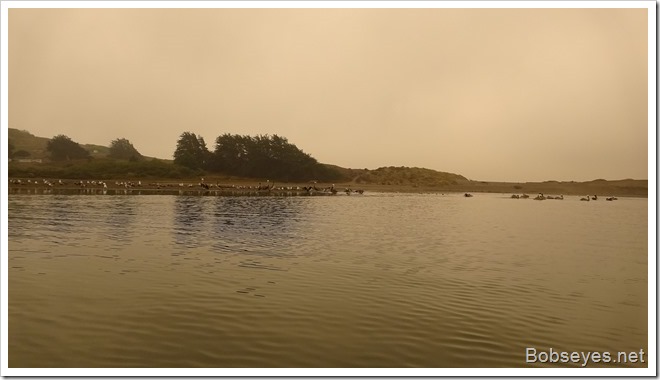 There were some in the water too and I passed by these as I headed for the mouth. 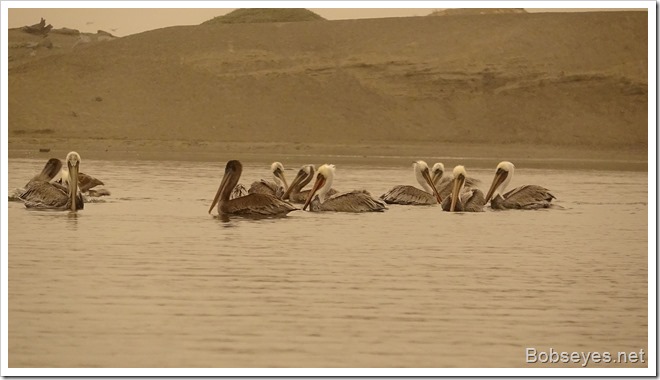 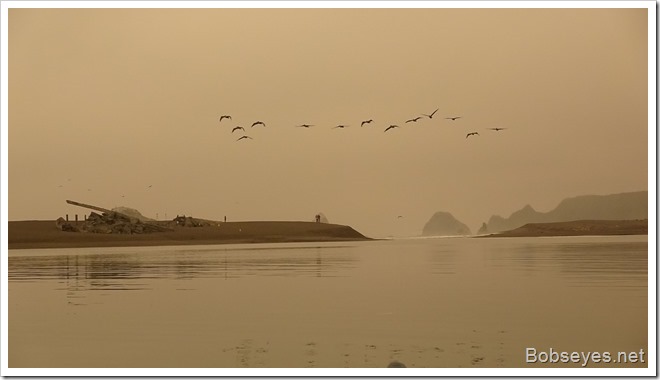 Eat and rest to digest

When I got to the mouth I saw these harbor seals resting. They too had been out in the ocean feeding early this morning so now they were resting and digesting what they ate. That’s the cycle. 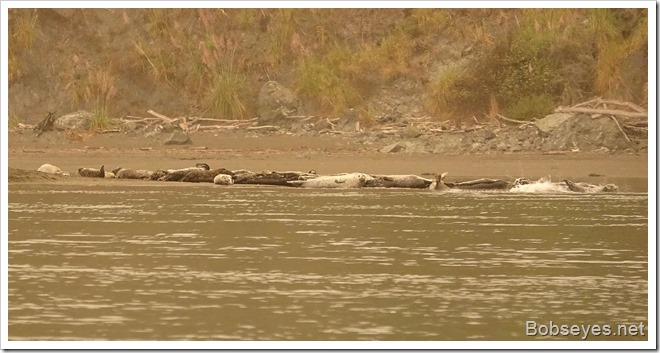 I sat here in the open mouth watching as more pelicans kept coming in off the ocean. I was thinking I’d go by several hundred of them at the island when I paddled back. Note the foam. 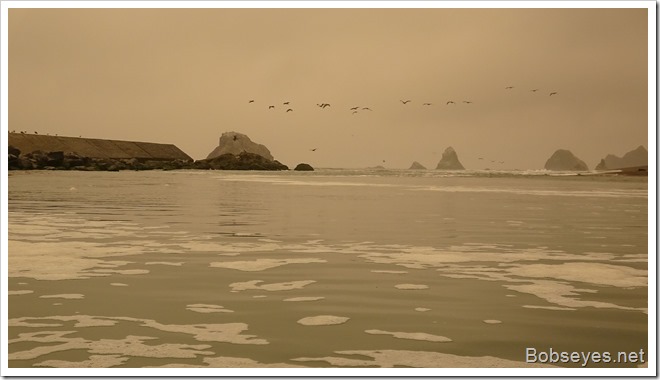 The tide had just changed to high tide so ocean water was coming into the river through the mouth. The foam is were the sea water dives under the warmer river water and leaves the foam on top as it can’t sink. 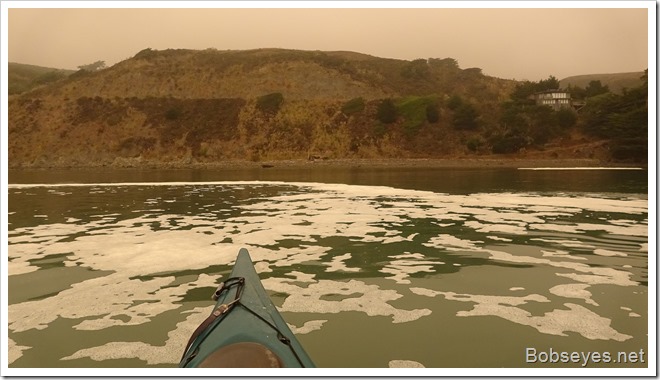 The foam piles up and gets fairly thick sometimes.  It’s a good place to sit in the kayak as since the water is sinking, the boat doesn’t drift away. 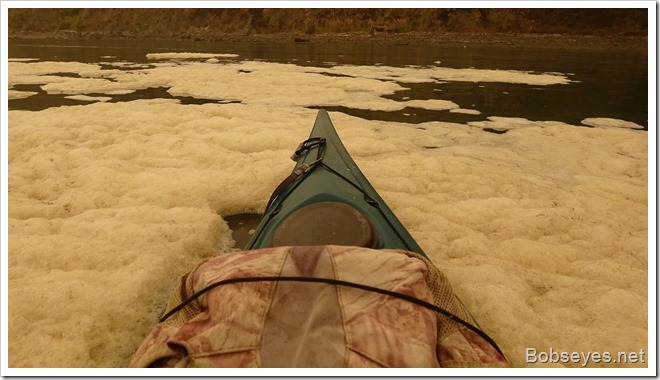 Eventually, I turned and headed back up the river when most of the pelicans suddenly took to the air on the island. 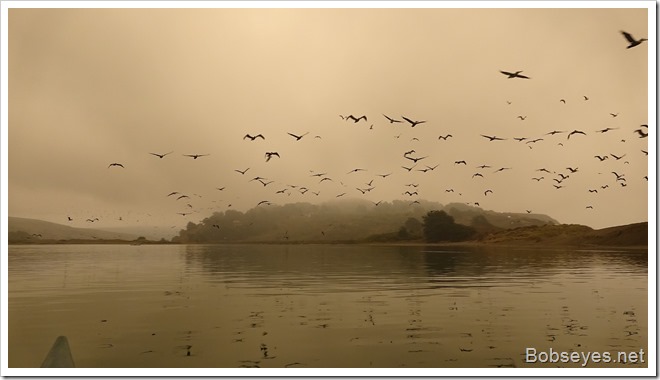 This kayaker may have spooked them or maybe something else did. Most of them flew down to the  mouth where I just was and landed. 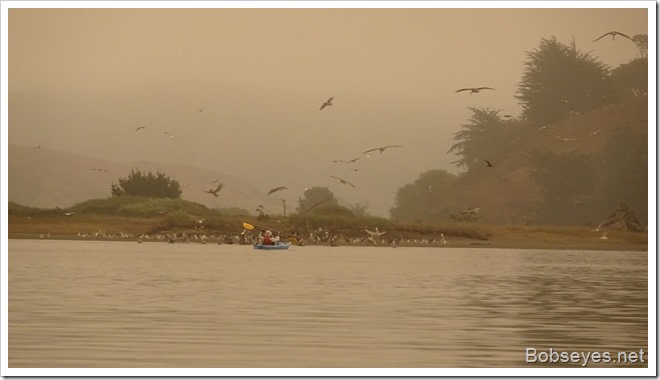 There were only a few pelicans left on the island and some seals were splashing in the water. 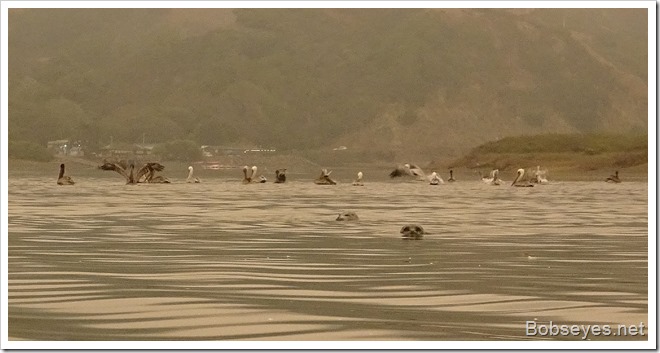 I paddled up the island’s back channel stopping in this spot I call the slot and sat for a bit. I can look over the island to the town of Jenner. 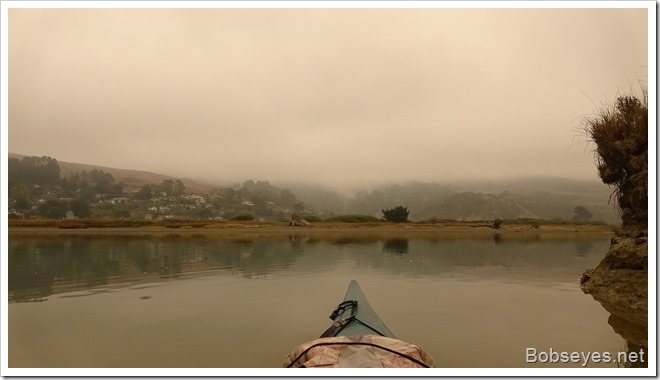 At the top end of the island I paddled by these cormorants resting and there’s a merganser duck there too. 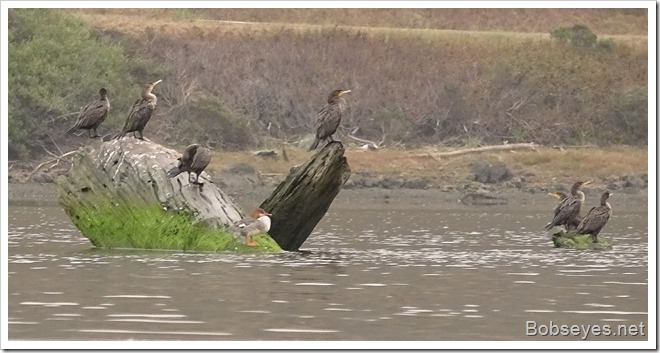 I paddled up to my turn around spot and sat here for a bit looking back towards the town of Jenner. 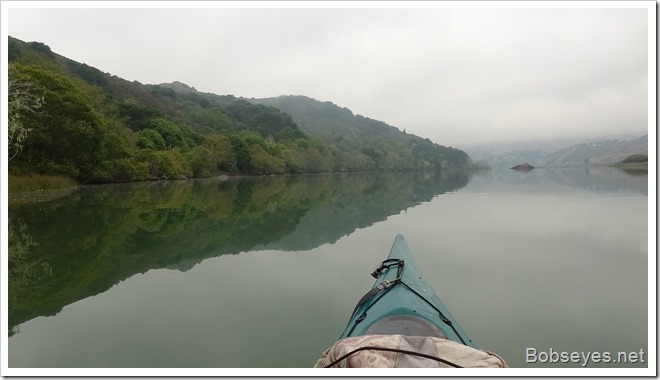 After a good rest there I started back down the river crossing over to Paddy’s rock where there were some cormorants resting. 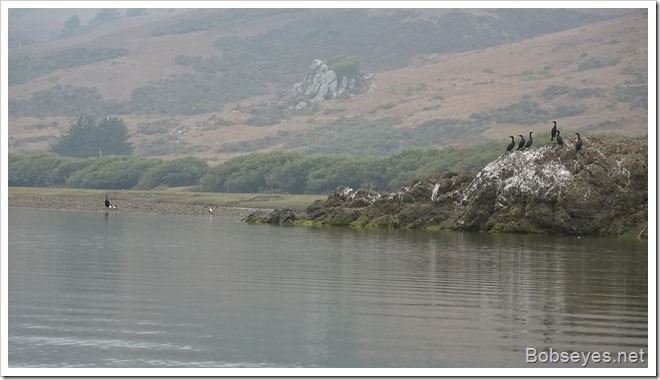 I usually paddle down this side of the river looking for birds on the shoreline. There weren’t very many birds today but I did go by these mallard ducks. 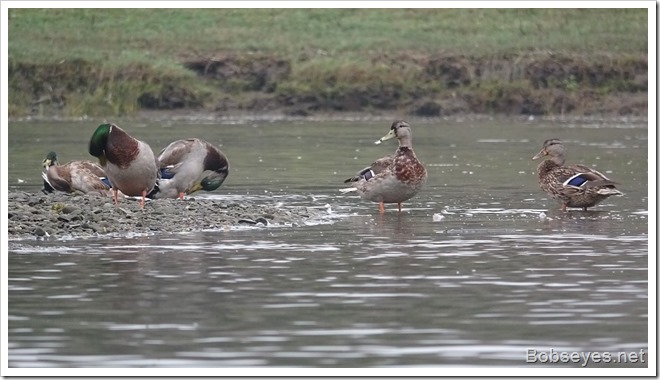 I paddled on back to the boat ramp and went up to get my car. The smoke is clearing a little. 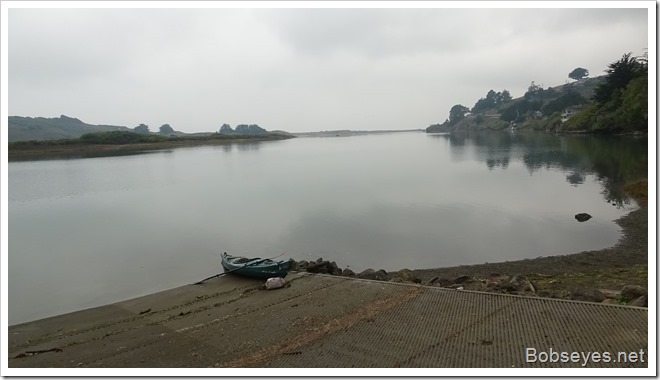 I loaded up my boat and drove on home for a nap for a bit.

Once I was rested up I hopped on the dirt bike and rode up into the hills to see what was going on.

There wasn’t much happening up there compared to a few days ago.

I did run into these guys on standby in case a smoldering fire flares up.

I met these guys before and they all knew my name and were very friendly so I chatted for a spell. 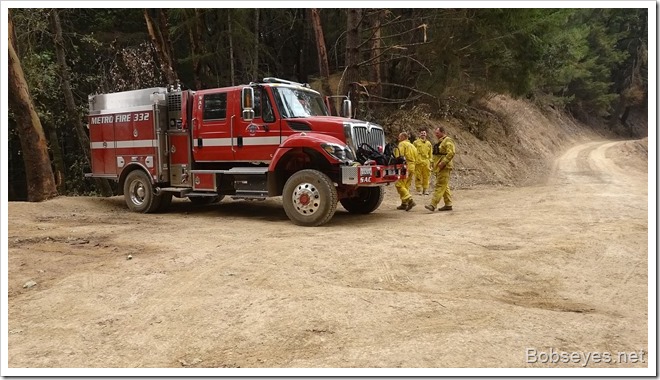 Just as I was leaving I said I needed another picture of them so they lined up and were all smiling. Nice bunch of guys. 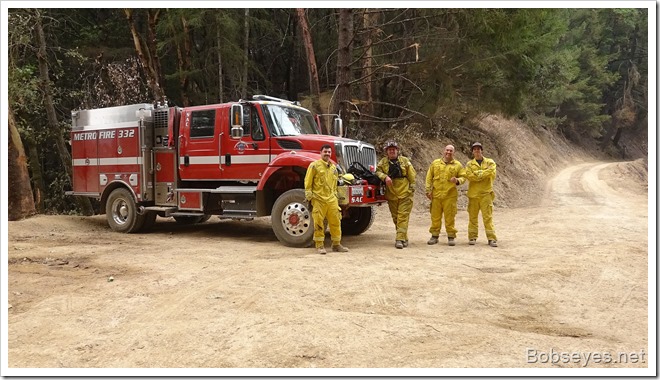 Once I got home I let the chickens out into the yard to graze and did some chair hopping and puttering around the yard until it got dark when I went in for the day.