The Clenching Teeth Video and Transplanting the Loquat Tree

After messing around with different ways to make this video with different video cameras, I decided to use my laptop to do it as it had the things it needed like a camera and microphone built in and it was a simple sit in front type of video.

I wanted to made this video because it seems great numbers of people have this problem in this day and age and I didn’t get much help from the doctors when I had this problem.

But eventually I did figure out how to fix the problem which turned out to be an easy fix which was to just stretch the jaw to loosen it up. That simple.

Anyway after doing some yard work I came in the house and worked on getting the video edited and published on YouTube. After getting it all done and published I noted I misspelled clenching in several places so  I had to edit the video again and upload it again.

Here it is. Check it out and see what you think. It’s short and sweet and to the point.

Here’s a link to all my videos.

I think this video may turn out to get the most hits of all the ones I’ve made so far. It will be interesting to see.

What else I did today

Before working on the video I was sitting around the yard thinking of going to the shopping centers to get some stuff.  But after chair hopping in the sun shine I wasn’t into it and put it off.

Instead I decided to transplant this little loquat tree as it’s in a bad spot, too near my citrus trees. It’s a volunteer from a seed that was in the ground. 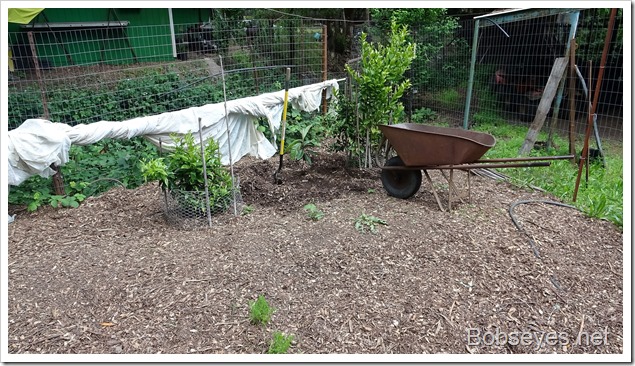 Yep, it’s too close to the citrus so I need to dig it up. 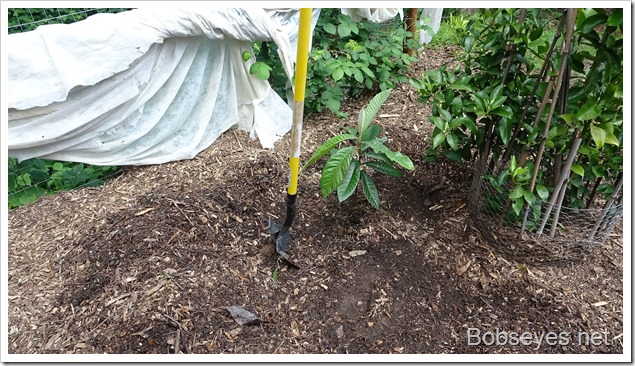 I dug it up. It has a smaller root ball than I suspected. 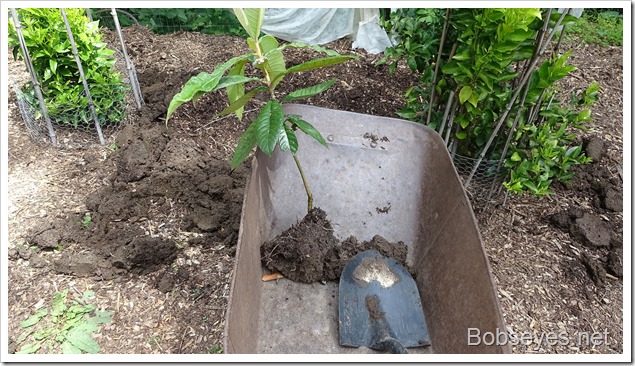 I brought it over to this spot and dug a hole but before planting I wanted to mix some redwood woodchips in with the soil. 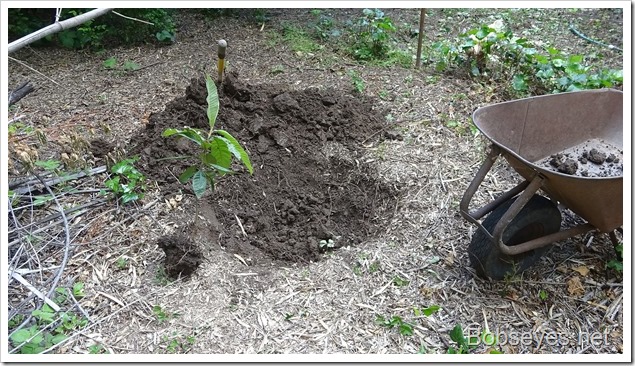 I got a load of the woodchips and mixed it in with the soil as I threw the soil back into the hole. I only dug the hole as big as I did to loosen up the soil for the new tree hopefully helping it grow faster. 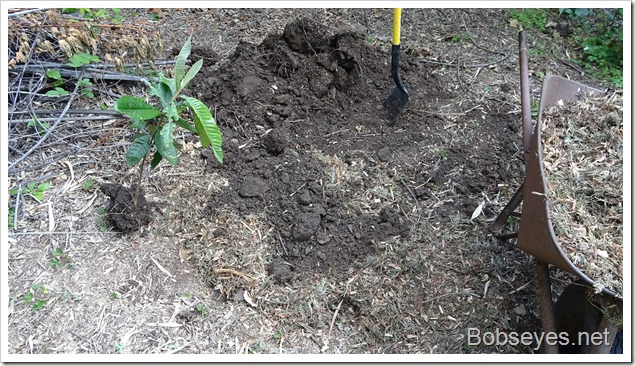 The soil and the woodchips are all mixed up and now I will make a small hole for the new tree which is just sitting there waiting to get planted. 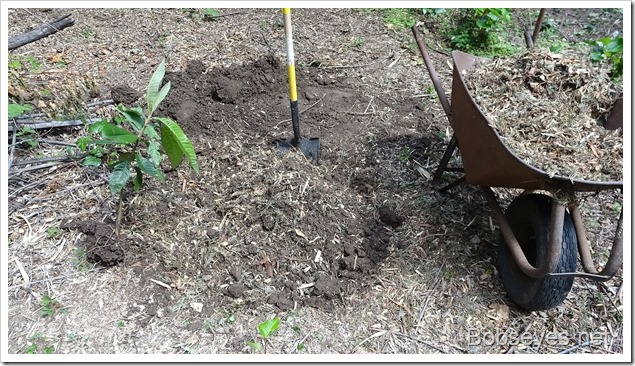 Once the tree was in I got another load of woodchips an added it around the tree. And then I put the sprinkler on it to give it a drink and I better go turn that off, right now as I’d forgotten it until now writing about it. 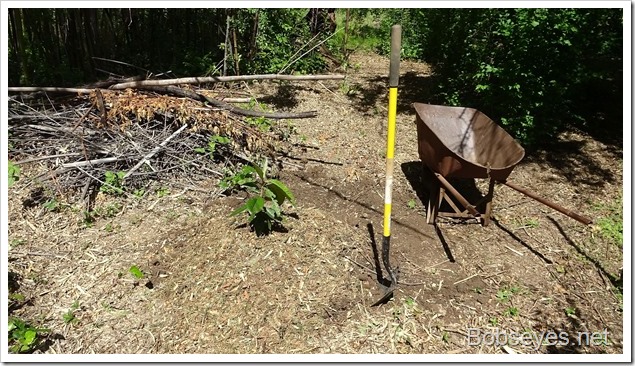 Edit in an hour

Now that I got that all done, I’m now working on editing my kayak trip video clips I took the other day.  My goal is to be able to edit a video in an hour, or at least close to that.

I did a post with the still pictures on that trip and once I get this video done I’ll post to compare the two of them. Of course I hope to get better at making them as I work on making each one.