I had nothing planned today and it was on the cool side when I got it going.

I fed the chickens and let them out to graze and walked around the yard looking for stuff to do on a cool day that might warm me up a bit.

I’ve been eyeing this area on the edge of my raspberry patch that’s gotten a bit over grown and needs trimming back. Among other stuff it has a bunch of blackberry vines growing in it. I got the brush loppers out to get started trimming it out. 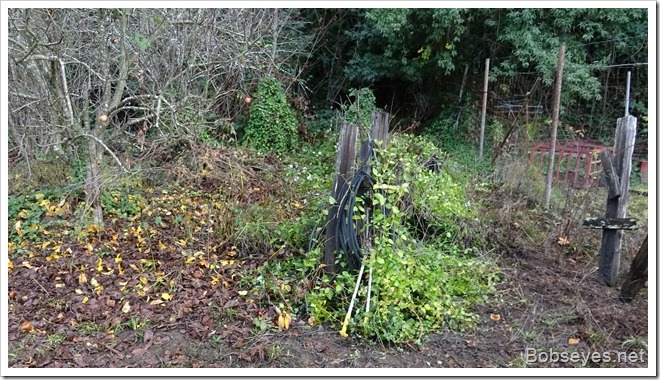 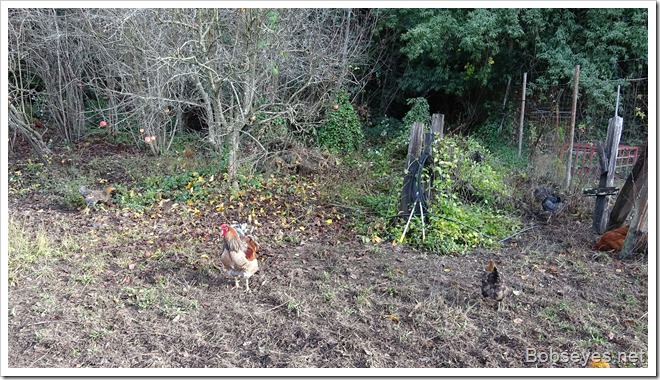 I cut on the bushes for a bit, off and on and got them down to this for now although it may not look like I did much. I did remove a lot of the blackberry vines and there’s still more to cut out. I’ll let the chickens work on it a bit before I cut more out. 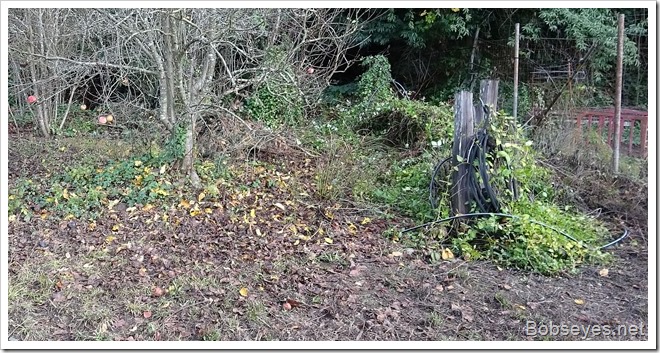 Chickens clean up the raspberry patch

The chickens do a pretty good job of clearing this out. This is my raspberry patch that is dormant right now. Fortunately the chicken’s don’t like to eat the raspberry plants so all is well and they’ve kept the weeds down as well as the insects. This patch isn’t doing real well as I over watered the raspberry plants last summer which they don’t seem to like and die. I have some other raspberry plants in my garden I’ll be transplanting over to here before spring and won’t water them so much this year. They are yummy berries for sure. 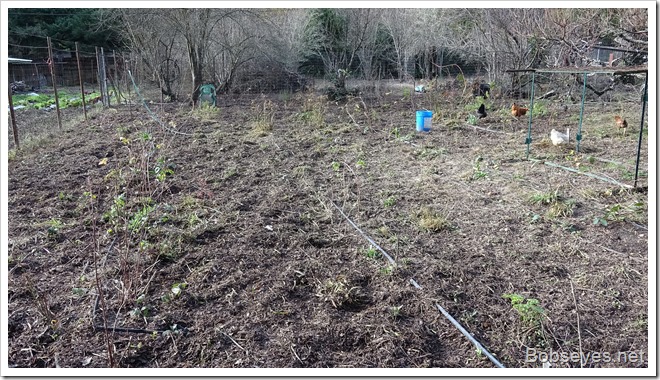 I’d been eyeing this chicken grow pen that’s mostly a muddy mess so I cut down most of the plants so I could put some mulch in it. 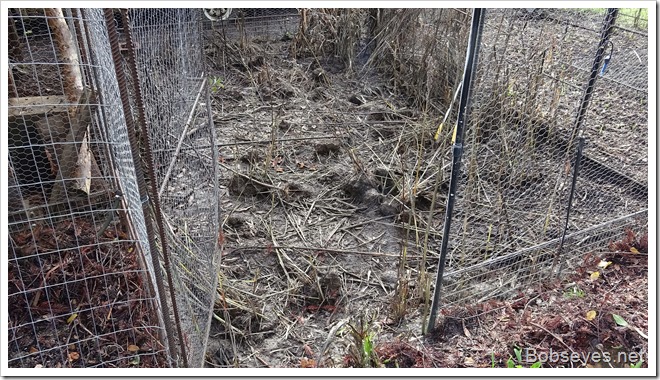 I got the mulch here at the big mulch pile and moved three loads to the grow pen with the wheelbarrow. 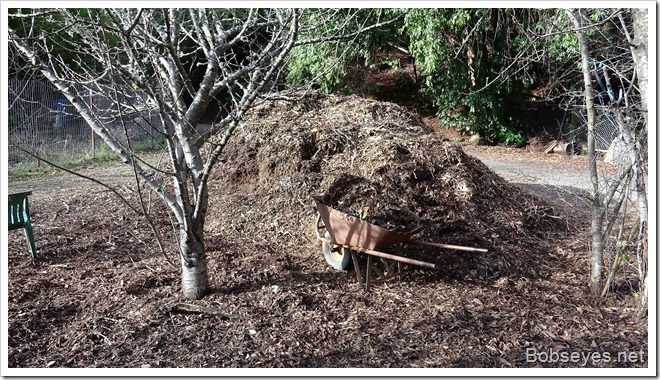 The chickens like to come over and scratch around pretty much where ever I’m working. 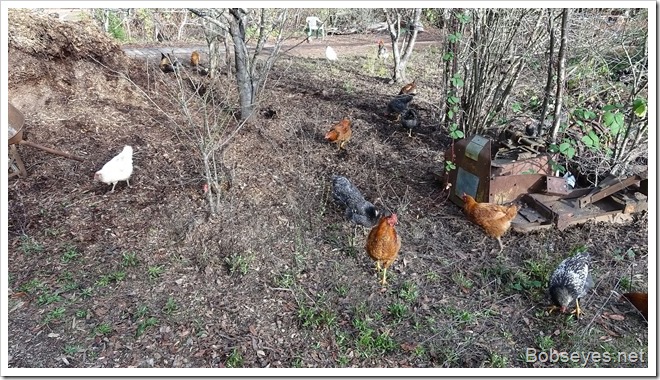 I also threw a bit of chicken manure on top of the mulch in the grow pen and now I’ll feed the chickens in here in the morning and let them spread out and  mix the mulch in with the muddy dirt. I’ll feed them in here until they get the job done then I’ll plant it with something and shut them out of this pen until the stuff grows a bit. 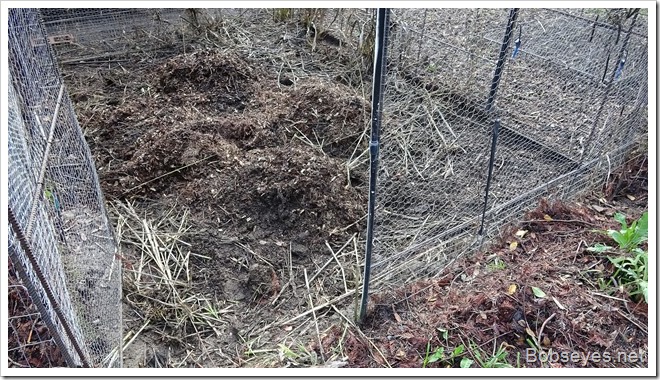 Another work area that didn’t get worked

I had plans to dig up some of the blackberry vines in this area where I’d been working on doing that earlier but naps got in the way and I never got to it today. This area is an ongoing project I’m slowly working on. 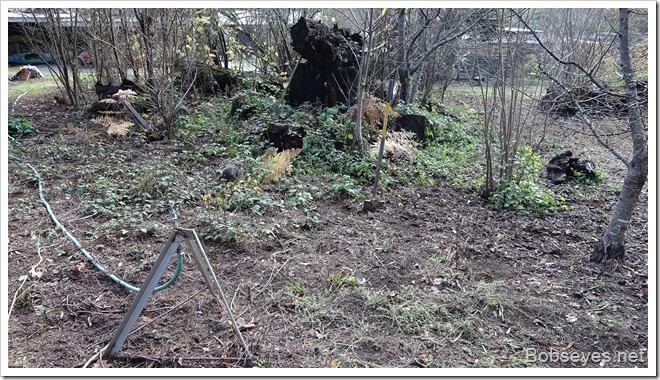 The yard work kept me warm today. I didn’t really do that much work but it was enough to keep me busy and warm and out of trouble. :O)

Nice day puttering around the yard with the chickens.