The Cat Spies the Chickens Out In the Yard

Still resting my sore back

My back was a little better today, but I still couldn’t stand up straight so it was going to be another slow day.

First thing I did was move one of the feeders away from the other ones to where the smaller chickens hangout. This is so they can get more feed as the larger chickens seem to be hogging the main feeders.

And I wired up some roosting roosts

You can see the green pipe feeder on the left there. I also wired up some more redwood limb roosts for the chickens to rest on. 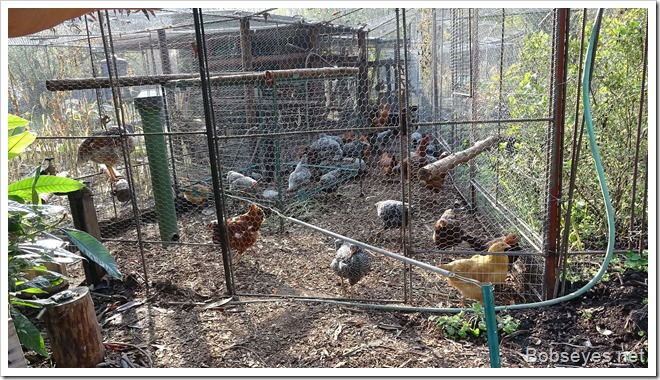 I cranked the weed mower up to mow some of the stuff that keeps good chicken feed weeds from growing. Here I’m going to mow down the mint. I mowed several spots in the yard. A lot of it was ivy spreading on the ground and trying to take over. Letting the chickens out

Around 4PM I decided to let the chickens out of the pen and into the yard to feed for a bit. I knew they’d come in to roost around 5 when the day started to cool down. There’s no fence so they can go anywhere in the yard.

Here’s some of the chickens feeding out in the yard just as I spotted the cat spotting them. Humm, I  hadn’t planned on that. 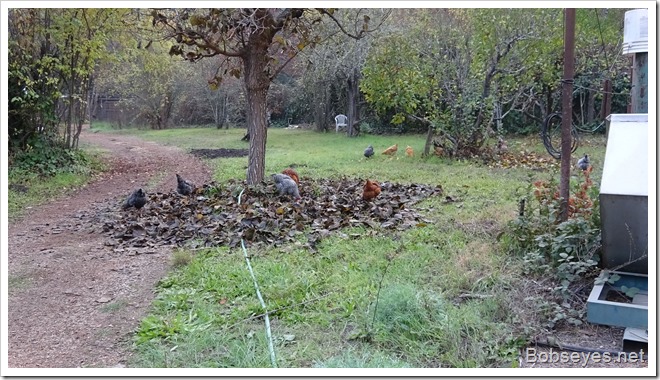 Here’s the cat just as it spots the chickens out in the yard. There’s always been a fence between the cat and the chickens and I wasn’t sure what might happen. Watch out chickens. 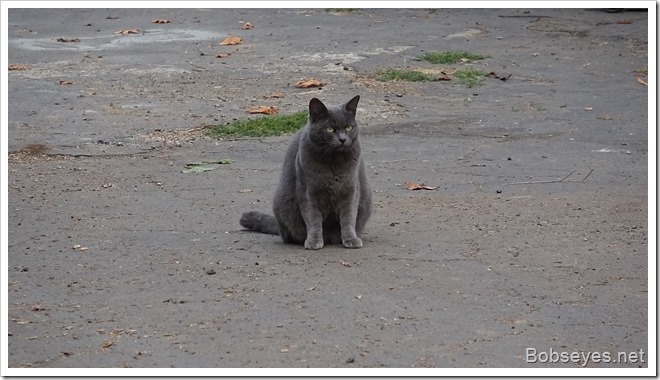 Here’s the cat sneaking up on the chickens. I followed the cat advising it not to mess with the chickens. Interesting enough, I only had to speak to  her twice before she let up and turned away. Lucky for the chickens. Although I think some of them may be able to protect themselves. 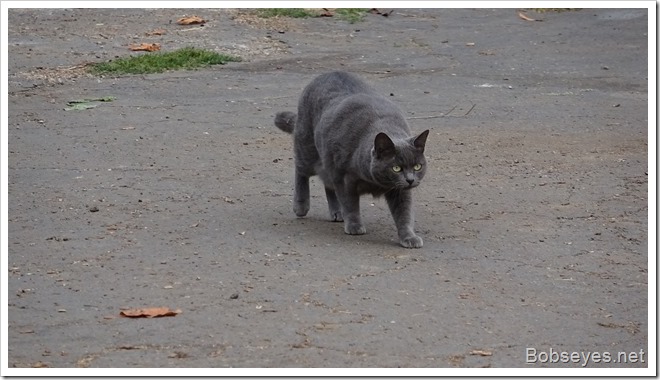 I wasn’t sure where the chickens would go in the yard without being fenced in so I sat on a chair here and watched as they tore things up and fed. 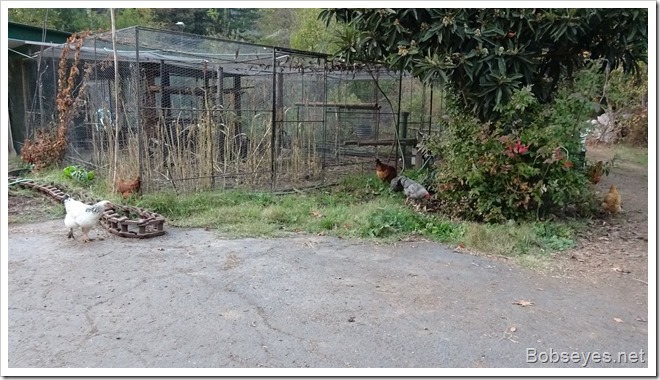 Watch out for the fox

I would watch them and when any got too far away I would tell them to watch out for the fox as sometimes they come into the yard right before dark. Interesting enough that would get them back in closer. I think it was actually just my voice making them get back with the other chickens as chickens don’t like to be by themselves when they get concerned about stuff.

Roosting for the night

Just after 5 they started to head back in to their roost but it took until 5:30 for them all to get back in for the night and I shut the gate behind them.

That was pretty  much my day.