That Rock Is An Eagle With a Duck, Chicks and the Smoker Cart

Nice day on the river

Once I got it going today, I headed on down to Jenner to kayak. The wind was down and the sun was out and the fog was mostly gone too.

This is what it looked like as I worked my way up river mostly drifting along in the breeze. 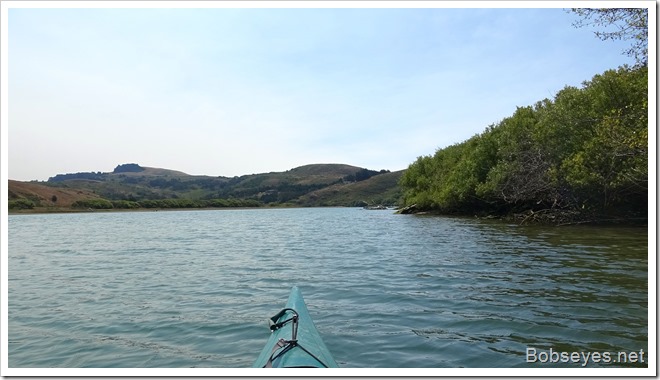 I went by these pelicans and cormorants resting on the gravel just below Paddy’s rock. 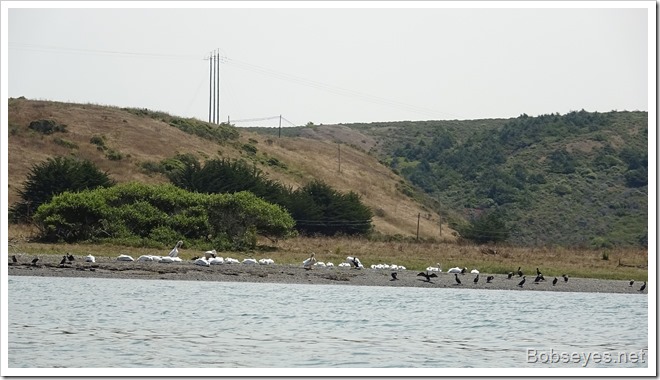 When they wake up from a nap they like to stretch a bit. 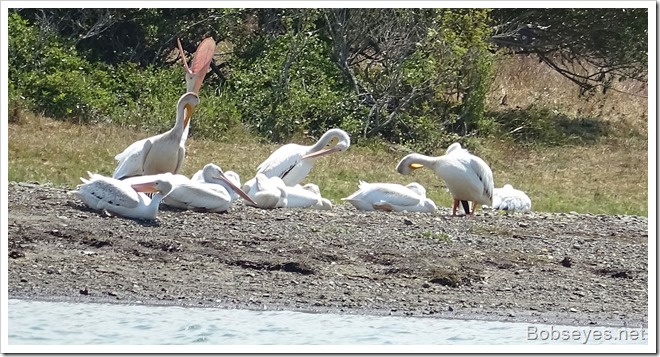 I pulled in and waited for a bunch of kayaks to leave the river just up ahead which they did shortly and I continued.

I was drifting along here when a rock moved on the shoreline just ahead. 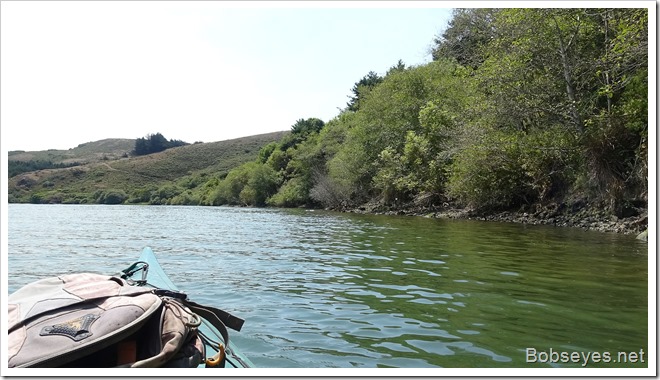 I was in a slow drift up the river. The rock turned out to be this young bald headed eagle which had just landed with a duck and was just starting to devour it. 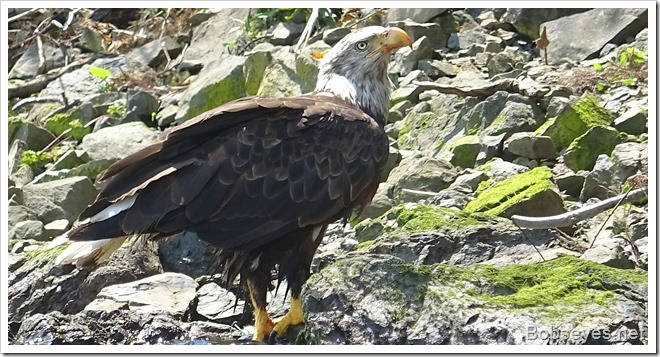 I was so close I couldn’t more without spooking it. 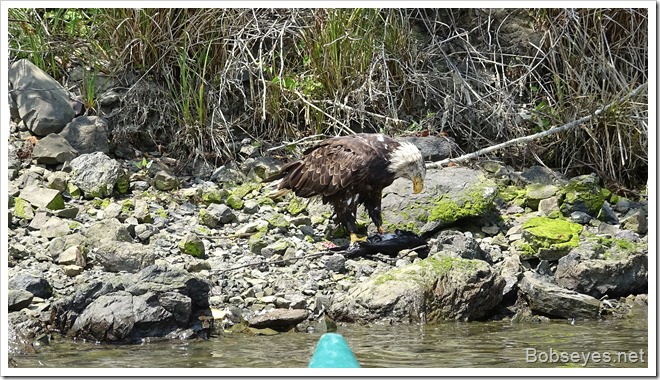 It couldn’t take off

It tried to fly off with it‘s catch once but it was too heavy to take off so it started ripping it apart in front of me. It wasn’t going to give up it’s prey. 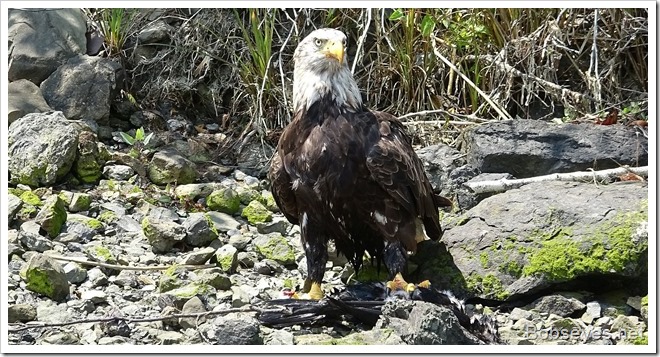 I watched it for awhile and then continued on up the river.

I went past this great blue heron fishing away. 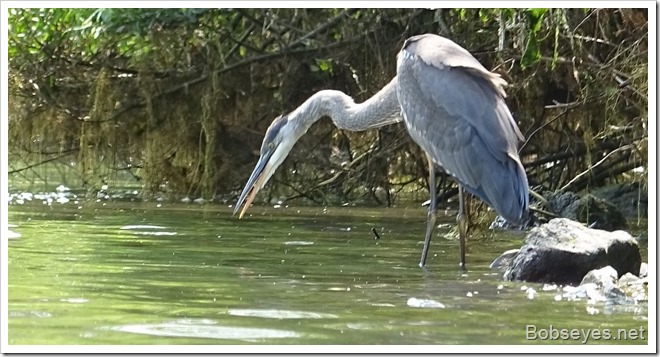 And this harbor seal taking a nap. They sometimes nap under water and come up for air sorta asleep like this and then sink back down until they need air again. 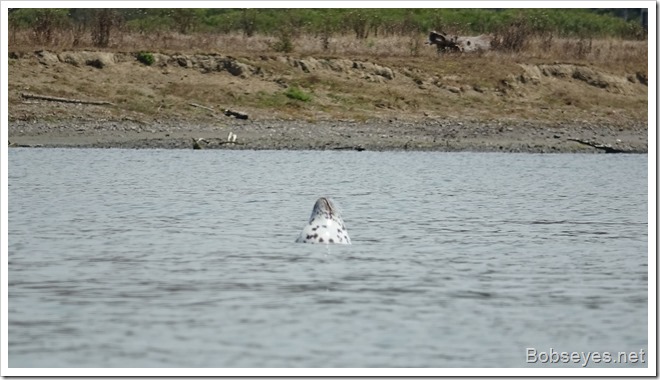 I crossed over the river towards Paddy’s rock and these two merganser ducks surfaced right in front of me. They’d been diving for fish. 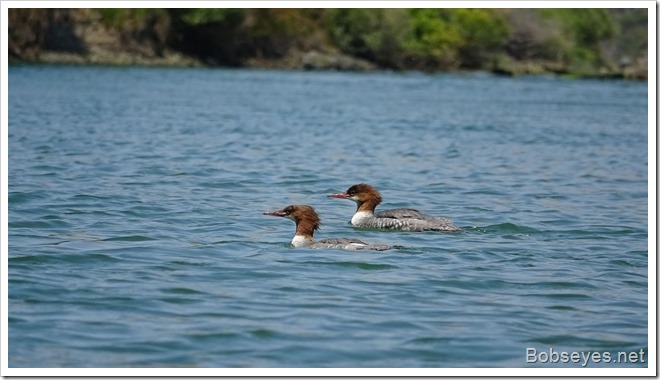 I went by the pelicans again headed back down the river. 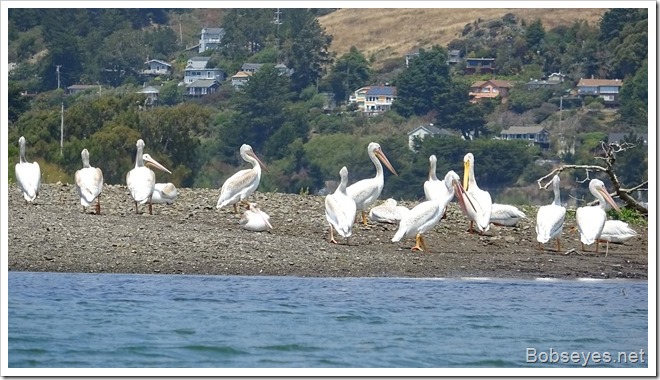 I’d seen the young eagle take off and land in these trees I call Eagle’s landing for a reason. 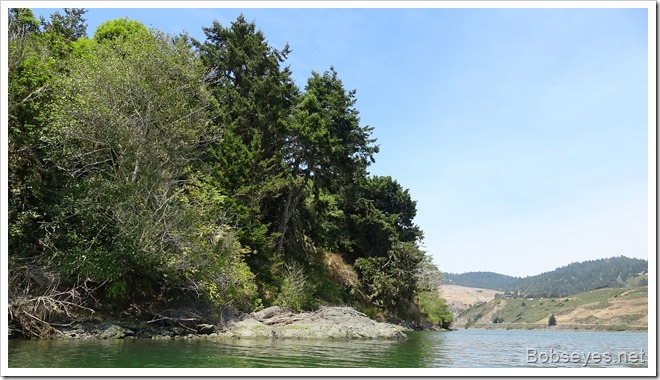 It took awhile but eventually I spotted the young eagle in the moss. 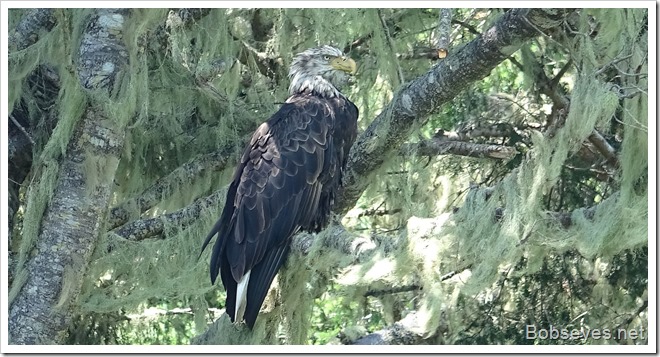 I continued on down the river and pulled out at the boat ramp and went on home for the day.

I checked on my new chicks to see how they were doing in the pen. 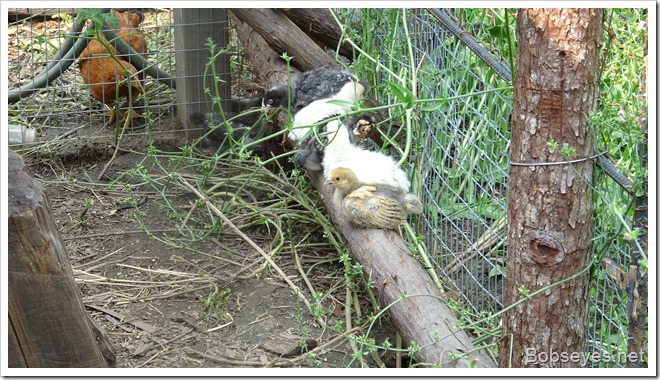 They are doing great in the pen and I think they are better off there than in the coop all closed up.

Smoker on the cart

I didn’t do much as I was tired out from my kayaking, but I did want to get my smoker mounted on my modified cart which I finally did just before dark. 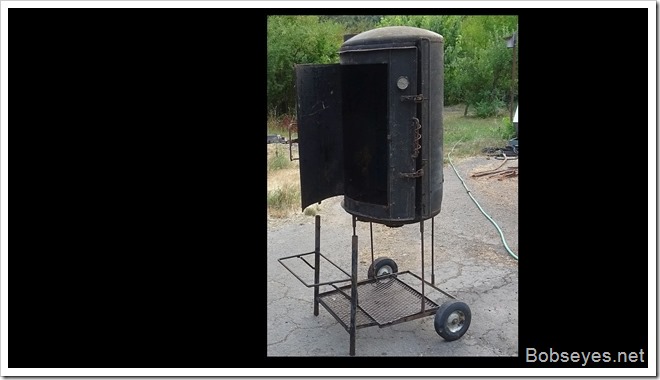 Now I can continue working on it. It needs some stuff fixed and it needs to be cleaned up. I need to get the gas burner installed as the best way to clean it up would be to  heat it up, hot.

Checked on the peeps just before dark

I checked on the new chicks just before dark to see how they were and where they were for the night.

Here they are in their spot. The older chicks are just on the other side of the wire and spend the night there so they should be getting to know one another. 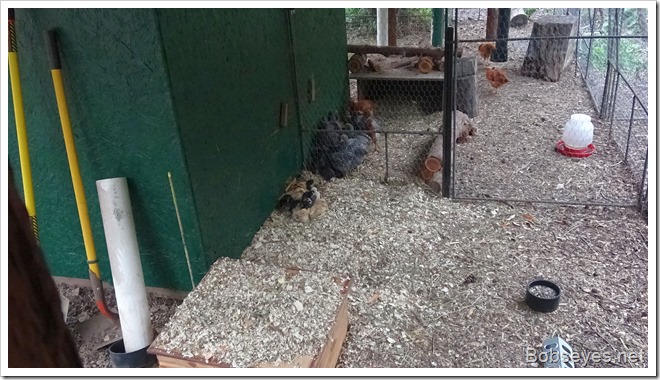 The new chicks do have a box they can get into but so far they haven’t used it. All the older chicks have learned to crowd into the box for the night on their side, all 31.

2 Responses to That Rock Is An Eagle With a Duck, Chicks and the Smoker Cart