It was overcast and the ground was a bit wet as the new morning began for me today. Chickens had to be checked on and taken care of first thing and then the light rain showers began.

That’s ok as the nesting boxes and storage cabinet needed the hinges attached to all the doors, ten hinges in all and there was a roof overhead so a good place to work for now.

It rained lightly as the hinges got screwed onto all the doors. The chickens stayed mostly out of my way as I worked away.

Here’s the finished product with all the doors open. Bottom door is egg storage and middle two doors are nesting boxes and the top is another cupboard for eggs and boxes and just stuff. Better to have lots of storage space. 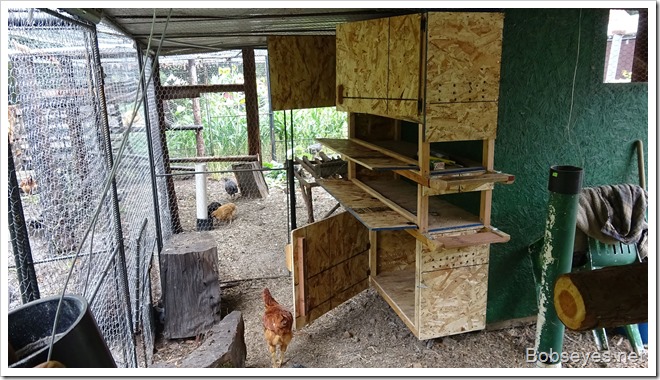 Here’s a little closer look at the nesting boxes, larger than most people use, but I thought I’d try them out to see how they work out. 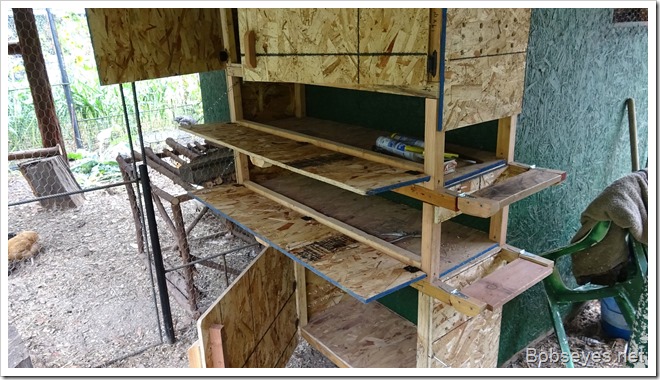 Bring on the eggs

The chickens will be about five months old in the middle of November and mature enough to start laying eggs so now I’m ready for them.

Needs a coat of paint

I do plan to put some paint on this as the wafer wood will hold together better and I won’t have to sand it as the  paint will coat it all and make it smoother which I call friendlier.

Here’s the completed structure and the rain showers have mostly let up by now with just an  occasional short one. 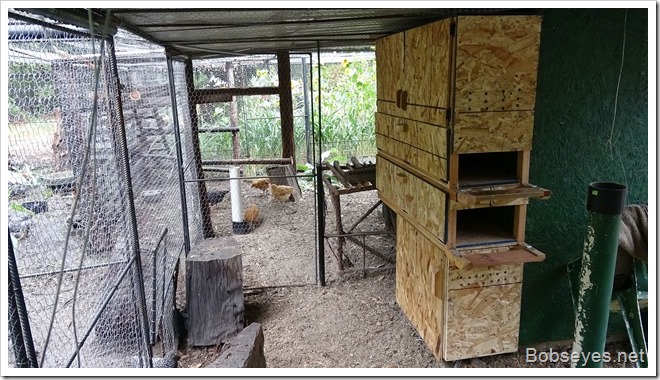 Attaching wire to the grow panels

The wire needed to get attached to the rebar for the grow panels so that got done and they also got installed or at least three of them did.

Let the chickens in

There’s an older grow panel on the left which the chickens have been locked out of for a week or so. It’s my first test panel and seemed to work out good except I think smaller panels would give me more options as far as planting or replanting. On the right there are two of the new panels protecting whatever is growing there. You can see the chickens can walk on the wire and only eat the tops of the plants so the plants live and grow instead of getting pulled up by the roots and dying. 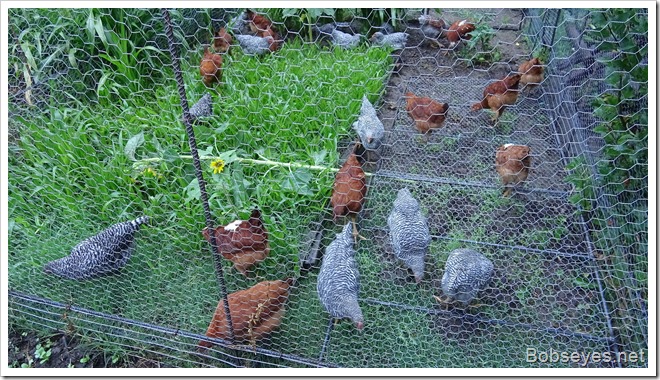 That’s really much better for the chickens but they just like to eat whatever they can get their beak on, which is most everything.

The chickens were eager to get into this pen so the door was opened and in they came. Happy chickens.

Here’s another view of the chickens on the grow panels. Doesn’t that look nicer than a barren chicken pen. 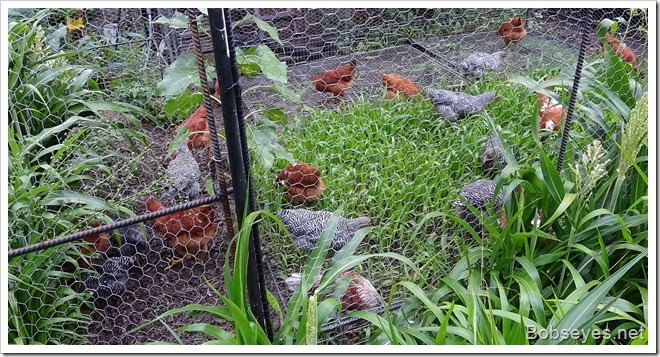 Here’s one of the smaller grow panels

The spot for this grow panel had too large of plants growing in it right now so it got installed in this spot temporarily. Once whatever  is growing there gets a bit higher I’ll let the chickens in here. 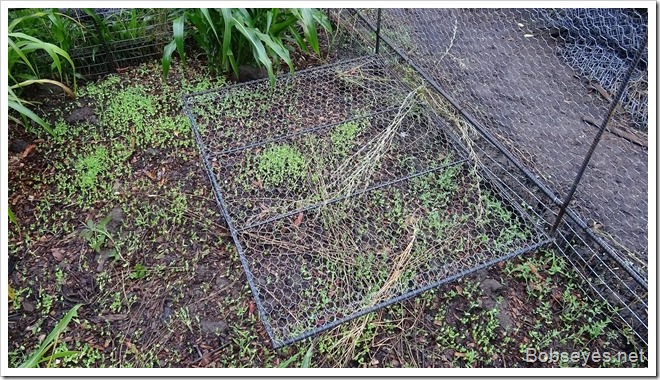 By the time the panels where installed it was almost dark which meant the day was done. Nice day, the light rain showers were welcome as they are the first this season. They certainly change the smell of the forest, sorta refreshing.