With it being a holiday and all, the best thing to do is stay home or at least in my territory. 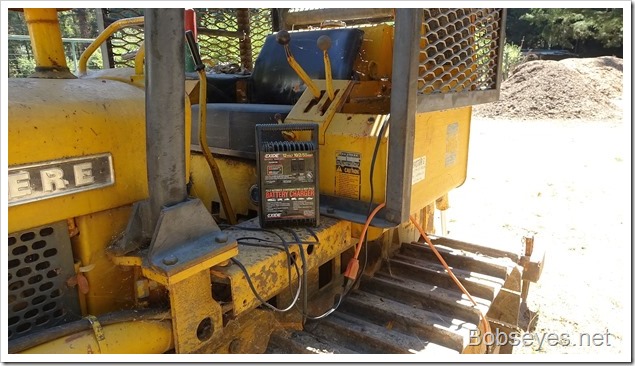 It was a bit warmer than usual up in the hills, but most of the smoke had cleared out of the area since yesterday.

The view on the way to the neighbor’s place 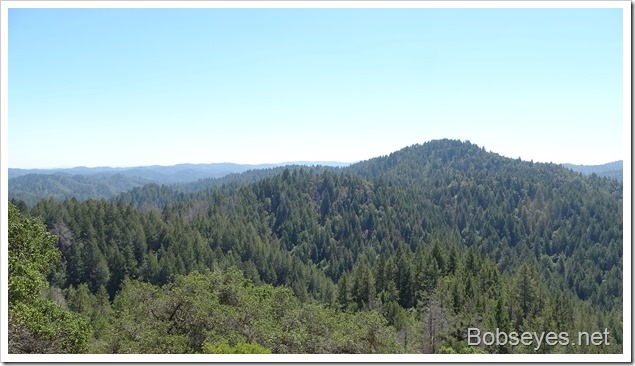 I continued on up the road the short distance to their place, just up ahead. 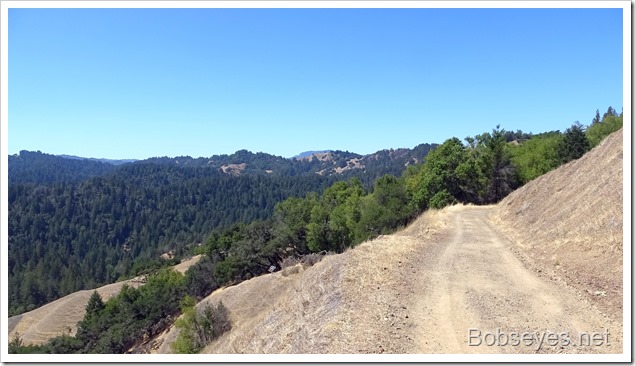 At first I thought no one was home except the dogs. I had a stick for that one guy. 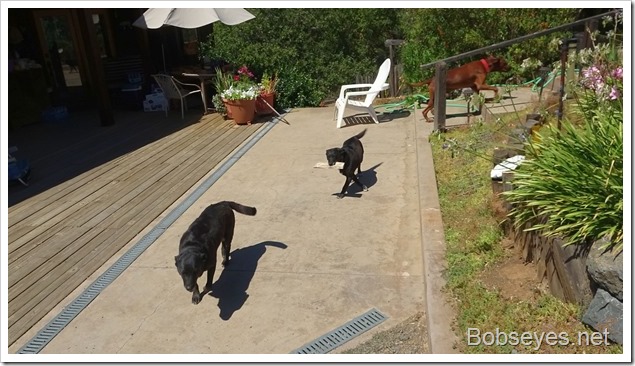 Eventually someone poked their head out the door. They’d been hanging out in the back room so didn’t hear me right away.

Rob was watching a tennis match. As soon as he could take a break from that, he said, well, let’s go tap the spring, so we got some tools together and some pipe and went over to the spring area in these big ferns.

I supervised while Rob did the work of making a little hole in the ground where the spring water was coming out, just below it so the water would flow down the pipe we installed. 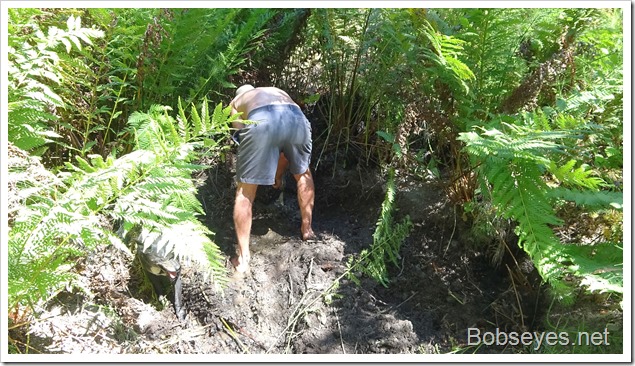 No blue clary that we need

We’d thought there was some good solid blue clay there, but it turned out to be not solid enough. Rob is trying to find some solid stuff in the muck with no success. 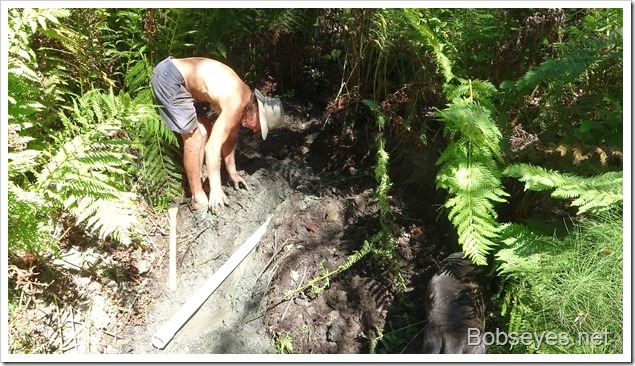 Without some solid blue clay to make the dam and the catch bowl, that was all we could do for today until we rounded up some clay somewhere. At least we got this far.

The spring water is running into the thing there. It needs a dam and a bowl built around it to funnel all the water down the pipe and capped over to make it all sanitary. 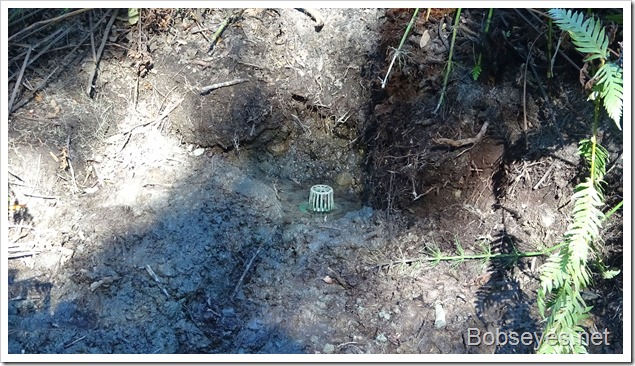 My guess is there is about a gallon and a half coming out of the pipe per minute which isn’t bad for this area and this time of year and is plenty to run a house and garden. 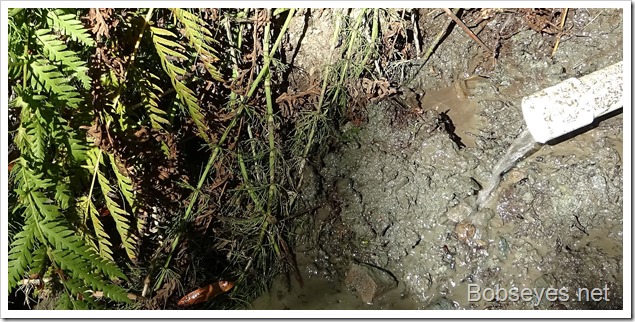 This was all pretty easy to do to get the water. Once we find some blue clay we’ll build the little dam and catch basin and cover up most of this pipe. 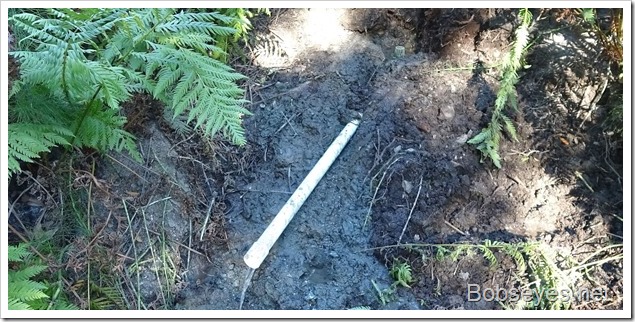 Headed to the pond

Rob thought he might have some blue clay around his pond so he suggested we go over there for a swim and he’d have a look for the clay around the edge somewhere.

He wasn’t successful with the blue clay but we were with the swim. I emptied my pockets and took off my shoes and socks  and shirt and jumped in. I swam across the pond and back at my slow pace. It’s been a long time since I was last in a pond swimming. It felt great. 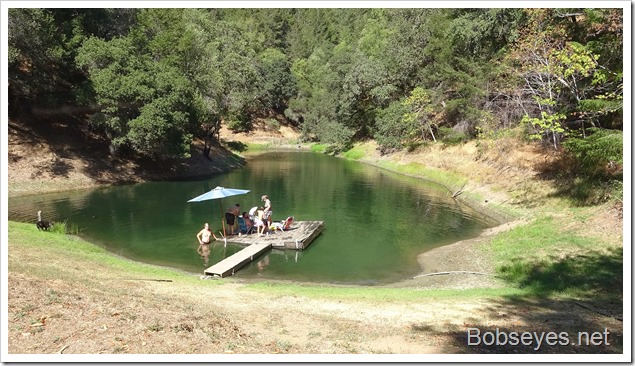 After shooting the bull with the gang, I left them enjoying the pond and went back to their house to get my bike and road on home taking the long way.