Taken It Easy, Some Tree Trimming and Removing the Broken Van Shackles

That’s how I started the day. I chair hopped around the yard as my back was still pretty sore.

But in the afternoon I felt like doing something so I got my chainsaw and quad runner and rode up into the forest to cut some trees off the road that I saw yesterday that I couldn’t get with the dozer. They were too high up in the air for the dozer. 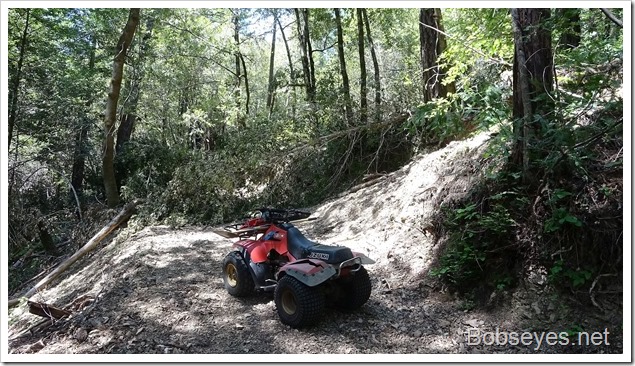 I didn’t have a lot of energy so it took me quite awhile to get the job done. I didn’t think it’d be a big job but with the trees high in the air it was

I got enough of the trees cut to get by and cleaned up the mess throwing the brush off the road. 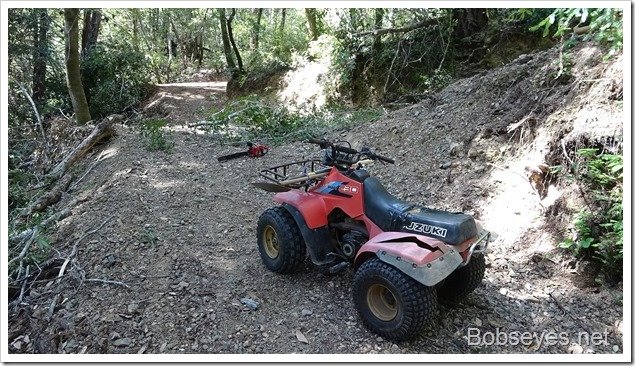 After that I was pretty worn out so I took a quad runner ride up around the forest going up this road. 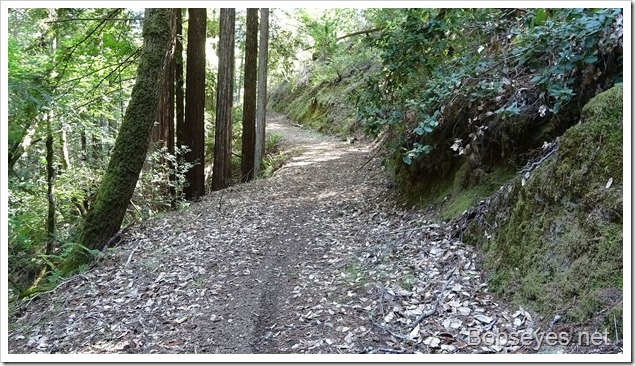 I wasn’t looking for anymore work but I ran into this big vine that had fallen down off the high trees. I checked it out to see what it was. Poison oak, about a two inch diameter vine.

I got the chainsaw out and cut it down being real careful of the chainsaw chips as even though I don’t catch the stuff it’s not a good idea to push your luck with the sap and with the saw chips flying I had to be real careful not to get hit by any of them. Only a few of them got me and only time will tell about that. 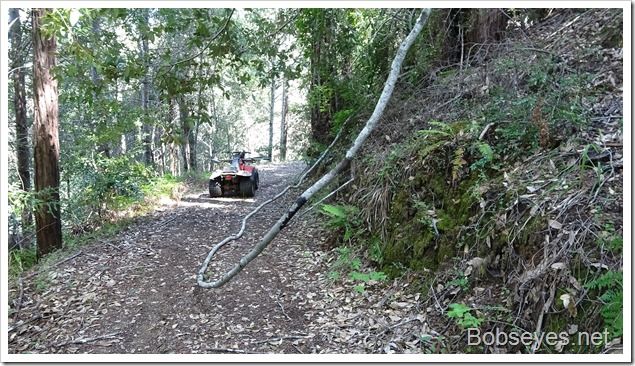 I didn’t want to pass it up and leave it or I’d likely get tangled up in it when I came by with a larger rig.

After a bit more of a ride through the forest I headed on home for a nap and some resting as I was worn out.

I’s set up the van to work on getting the broken shackle off the old van earlier in the day but just getting it going to work on it, not until late evening.

I figured it wouldn’t take too long or too  much work but I was wrong. That was mostly because the last guy that had worked on this put the top bolt in backwards and I couldn’t get it out without taking the stuck rubber bushing out.

See the bolt is almost out but is hitting the van. Somehow I had to figure out how to push the stuck rubber bushing out which wasn’t that easy considering there wasn’t much room to work under there and the bushing was real stuck. 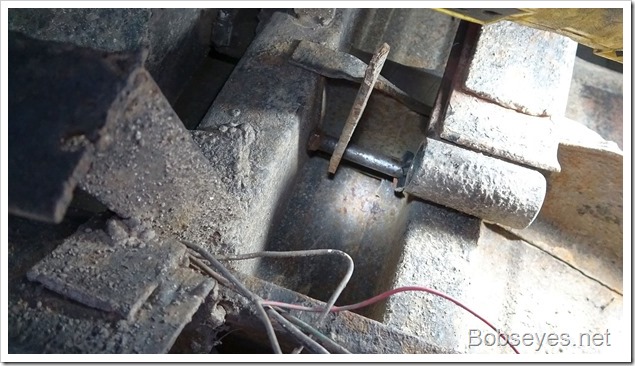 I tried several different things and wasn’t having much success but finally figured out a way to drive that stuck rubber bushing out and the bolt finally came out.

Here’s all the shackle parts with the two broken parts. I’ll have to find some new ones to replace those broken ones and it needs new rubber bushings too. 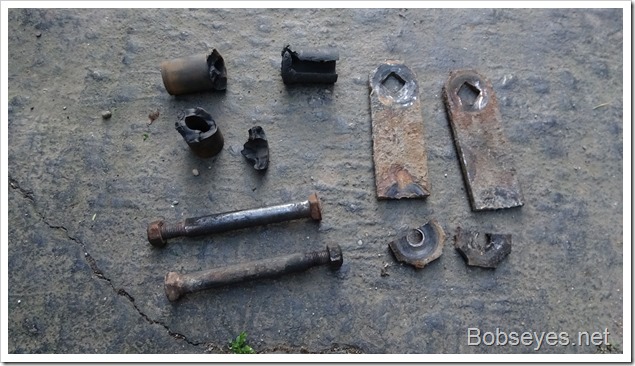 By the time I got those parts apart, it was almost dark so I went on in the house.