I put more sprinklers on this morning to help wash in the chicken manure I’d put out around my fruit trees. 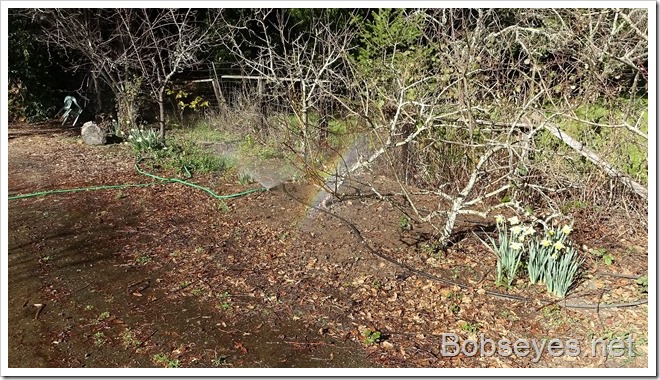 Then I sat around the yard chair hopping and enjoying the day.

The sky sure seemed real blue today, maybe the green trees make it look bluer. At any rate I was enjoying it. 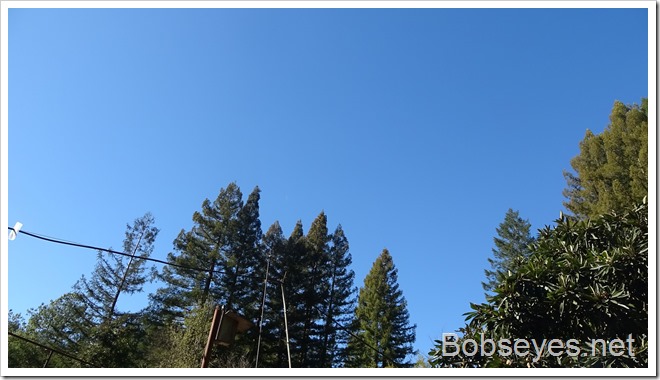 Getting the work done

I’ve been working on trails up in the hills to get some exercise. I think I almost have all the work done I wanted to do during the winter after what I did today. I still have a bunch of little things to do all in good time.

Around two I rode the quad up into the hills to work on a trail. The quad runner has been acting up, dying on me and hard to start after but then it gets going again. It seems to be slowly getting worse and today it died just as I pulled in to park by the waterfall and wouldn’t start. Oh well, I’ll do the work and then try to start it again later.

The waterfall is just a small trickle now but still has a nice sound and looks nice. 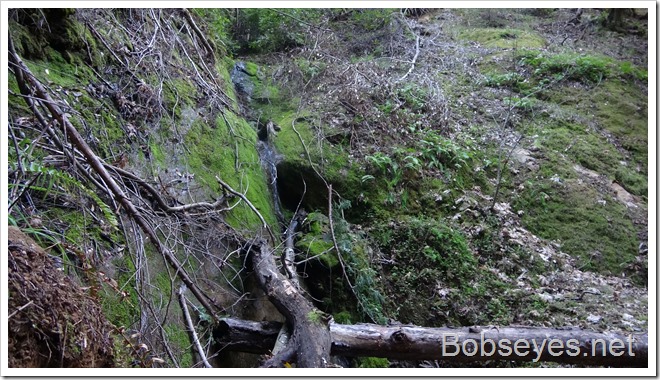 Today I wanted to get part of this big redwood tree root out of the way of the trail. 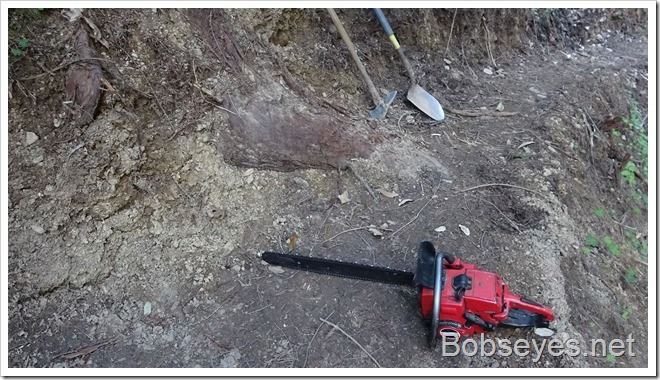 To remove part of it I had to dig it out a bit so I can use the chain saw on it, so I dug. 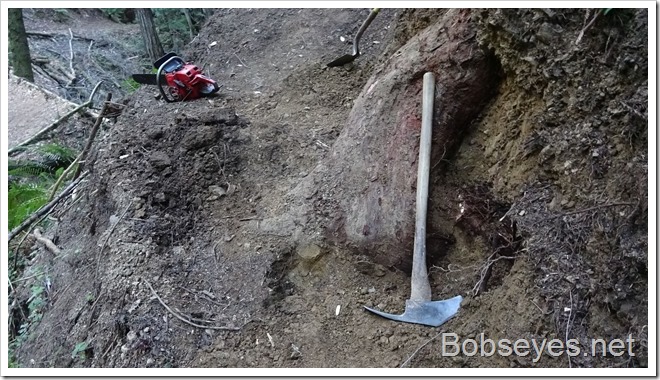 And I dug some more until I got most of the dirt off it, or at least enough to do some cutting on it with the chain saw. 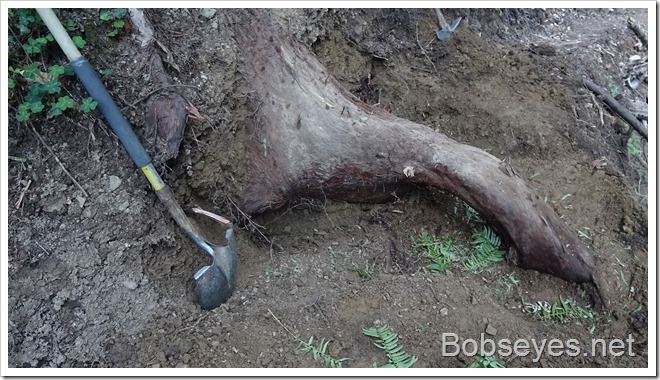 I used the chain saw to make some cuts on the big root. The chain dulls rather fast doing this but I got enough cut to do the job. 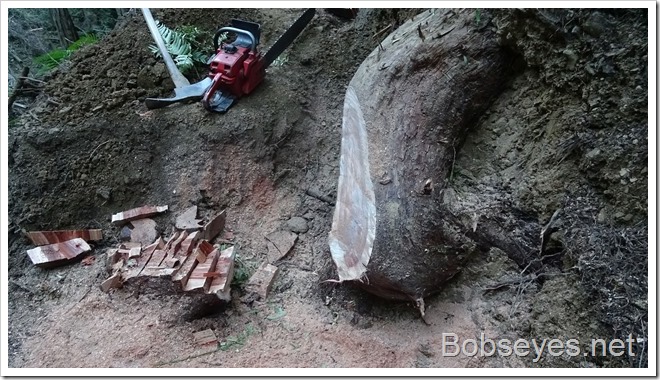 Once I had cut what I wanted I put the dirt back in and put some redwood debris on the fresh dirt. Then I cut a small seat in what was left of the root and of course sat down to try it out. Great, just what was needed. 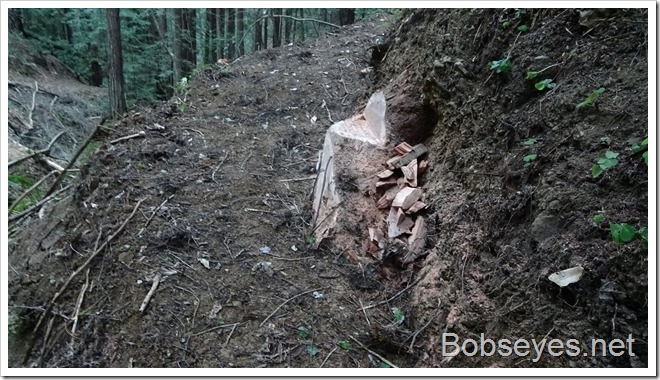 So ok, I made a small seat and got to use it. But I also made a small seat that thousands of people  might get a chance to use and enjoy when this place is a state park. I’d call that a big thing eh and it’s right by the waterfall.

That was enough work for one day as it was already 5:30  and not much light left in the day so I hopped on the quad to see if it was going to start. It did and I was able to ride it on home. I need to fix that dying problem soon. 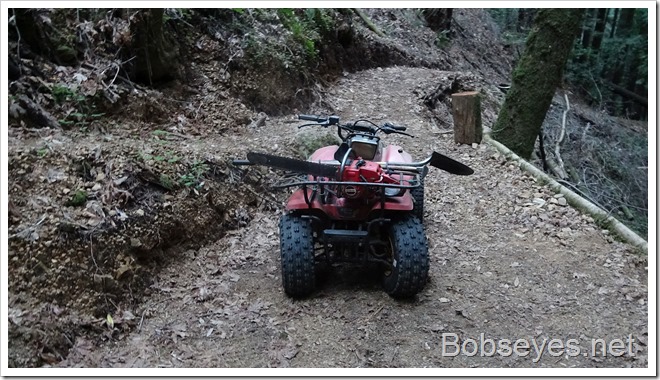 It was late when I got home and I didn’t think the chickens would come out to graze. They were slow to come out off their roost but they did for the short time they had left before dark. 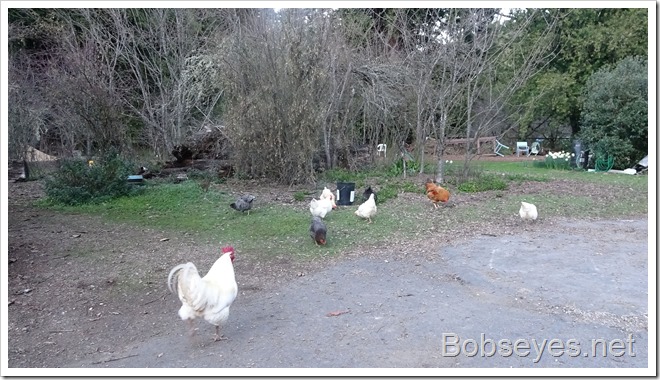