Supervising, Mechanicing, A Drive to Troy School and Grizz Flat

For those that like to read in sequence, I posted two blogs today, so read the blog below this one first.

I supervise when I can

I found Dan hard at work installing some kitchen cabinets in the kitchen. He needed a supervisor so I pulled up a chair and supervised for a bit. 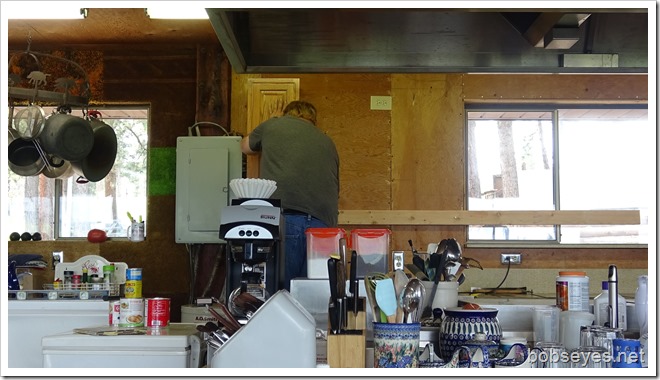 Once I had him going I went back outside to do some work on my van. I still have a rough idle problem, so I warmed the van up and checked all the hoses for leaks and anything else I could think of. Dan said to let him know when the engine was warmed up and he’d come out and we could trouble shoot the engine as he has some knowledge with the V8 and the TBI injection units. We poked that engine and prodded it. We determined the new PCV valve I just put in new is likely defective. We robbed a PCV valve off an old truck parked here and tried it. This valve operated differently than the newer one and it seemed to be saying the new valve was bad, so I kept the one from the old truck on there for now.

Internet must be having problems

They have metered internet access here so I have to wait until midnight to use the access unmetered, but last night I could not get onto the internet at all, so I wasn’t able to post the blog. I had heard there was a massive DOS attack going on the day before so maybe that was my problem, they jammed the internet up.

So I Tried at the Troy School house

So today I drove down to the Troy school to use their internet. I could get on, but the internet was so slow for some reason I still could not post my blog or do much of anything, which is weird as the school has a T1 line for internet , one of the fastest and I was the only one trying to use it.

Eventually I gave it one last try and gave up.

River’s too high for me to yak

Looking at the river while I was down there, I found it real muddy and high and fast flowing so unless it gets better, I’ll not likely put my kayak in the water.

On the way home I wanted to check out Grizz flat. It’s a camp spot near town owned by the fish and game, a free camping area that can be used for 14 days. 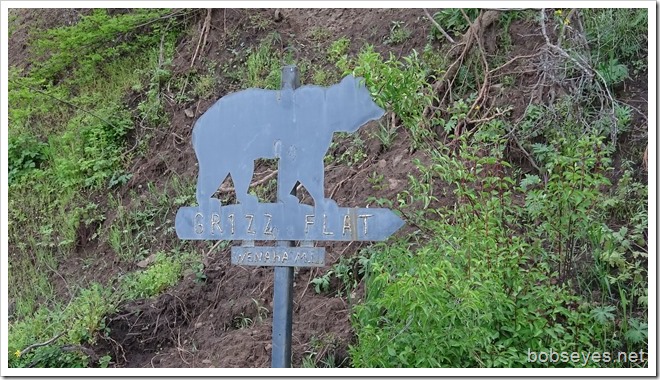 Here’s Grizz flat as I entered the field. There’s a river called the Wenaha over on the right side that flows into the Grand Rhone at Troy. 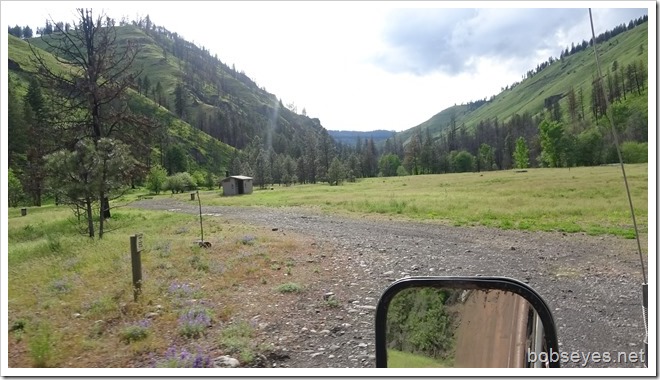 And this is the view looking back from the other end. I have seen Class A RV’s in here. 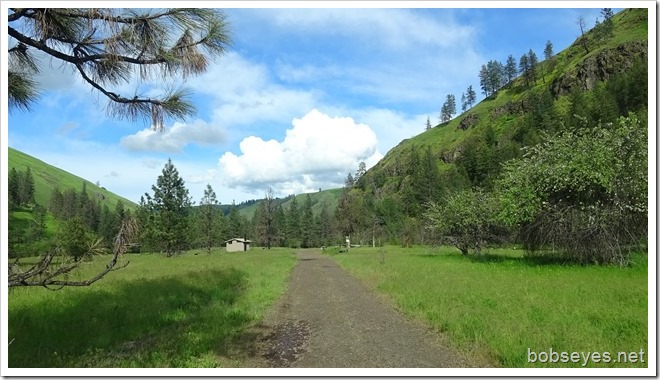 I headed home on up the hill from there. Dan and I looked at the van’s engine problem a bit more. We checked some things and decided we weren’t sure what was causing the problem.

I had some dinner and puttered around the rest of the day and that was my day.