Sun’s Out, Wind’s Down with Lots of Birds In the Estuary

It’s been awhile since I last was on the river in my kayak so today I was determined to go down for a yak.

I arrived at Jenner this morning with low wind and the sun was out.

Is the mouth open or closed

I got the boat in the water and crossed over the river to Penny Island and decided to go down river towards the river’s mouth as I wasn’t sure if it was open or closed.

Here’s my first stop heading down river along the island. 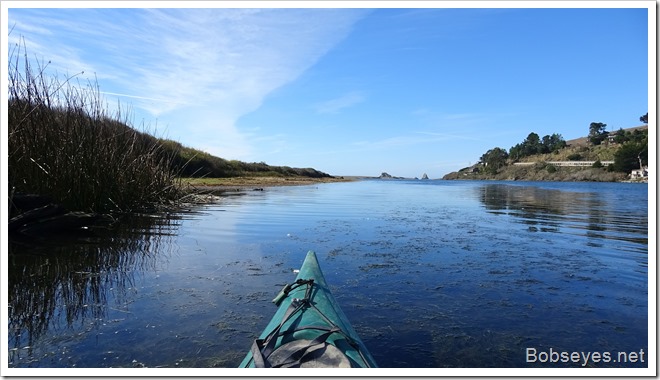 I go a little ways then pull in to stop and watch working my way down along Penny Island about a half mile or so. 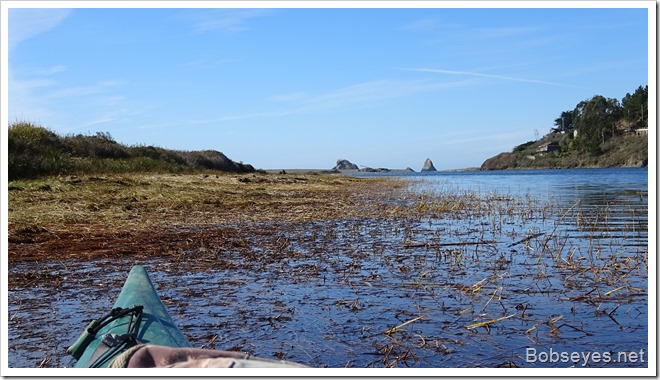 Third stop. You can see the ocean is a bit rough. 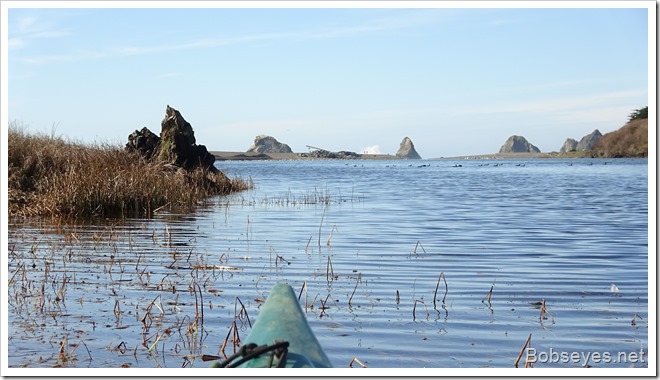 See what I mean. The ocean waves are breaking over the jetty rocks and you can see the open river’s mouth. 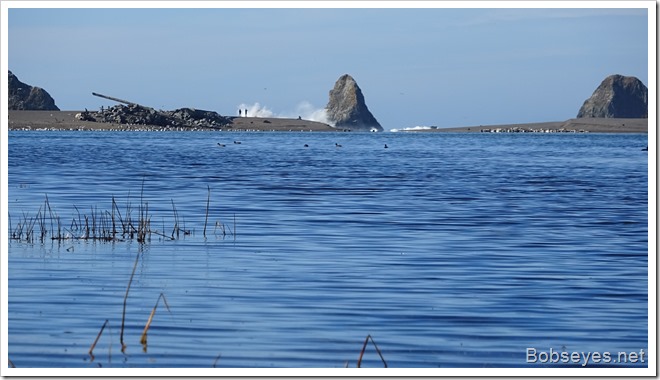 Fourth stop along the island. 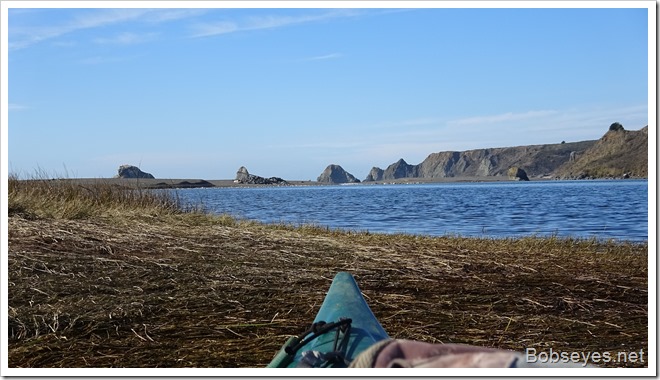 And my fifth stop at the island’s bottom end, just before I started across to the open river’s mouth area. 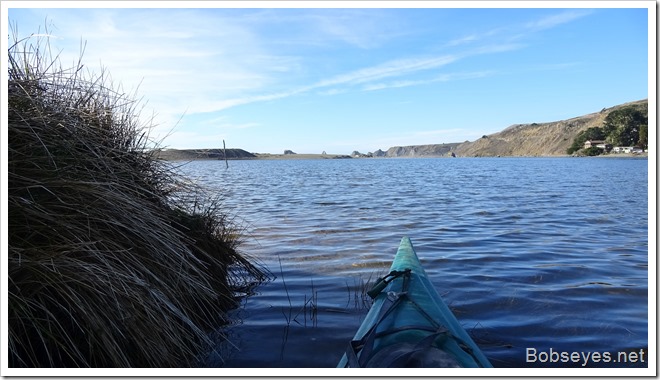 As I was crossing this otter swim by and was hunting near the bottom end of the island. 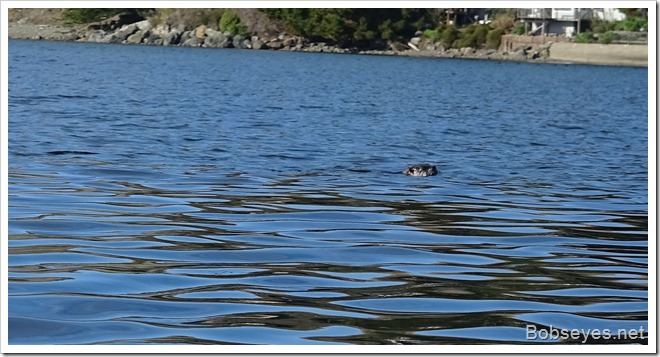 There were some harbor seals watching there too. 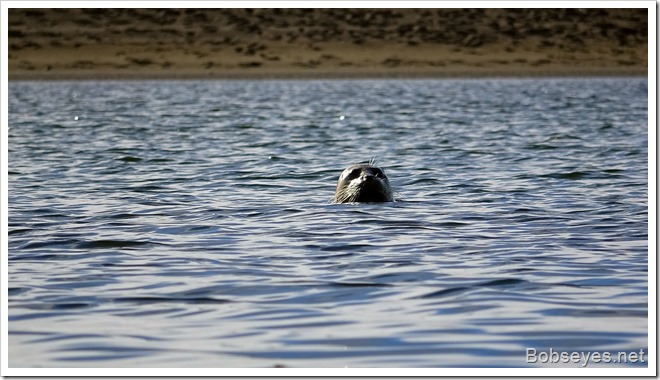 This picture shows the overlook above the river’s mouth area on highway one just north of Jenner just so you know where it is. 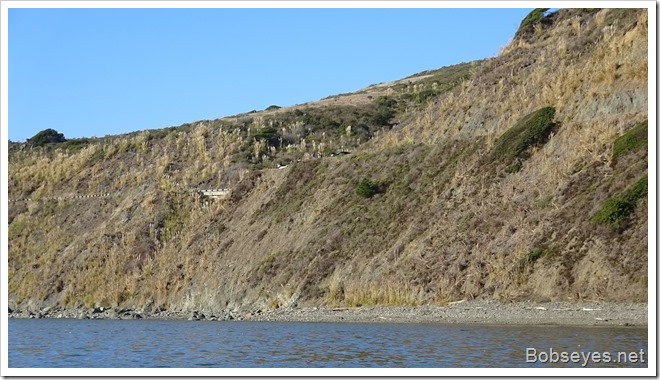 A closer look of the overlook. 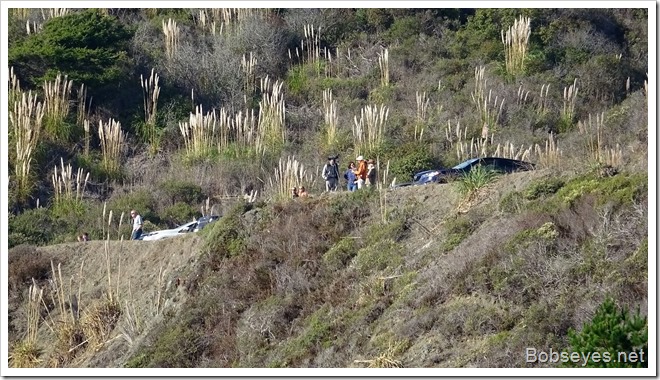 Plenty of birds around today

There were lots of birds resting down by the mouth. Here’s just a few of them. Pelicans and seagulls. 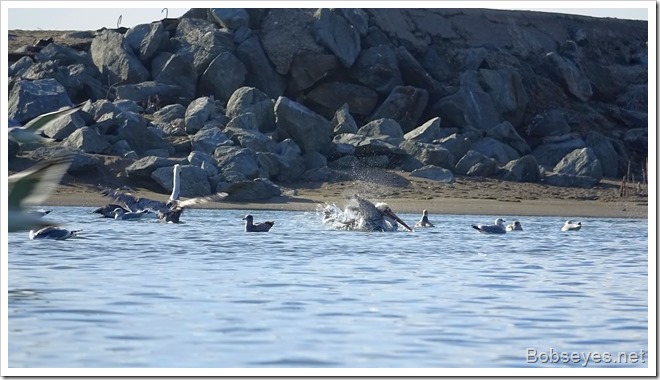 This picture shows some of the birds resting by the open river’s mouth. 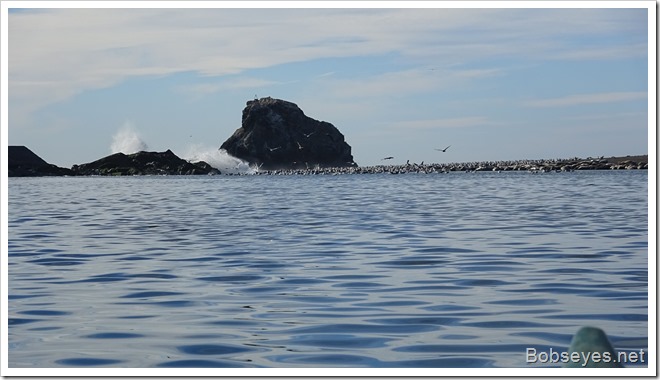 And a few more of those resting birds. 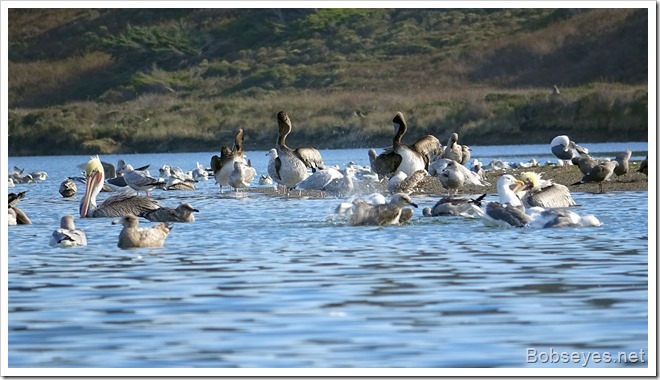 Looking out the river’s open mouth

Here’s I’m looking out the open river’s mouth into the Pacific ocean. The wave will break down before it hits all the birds. 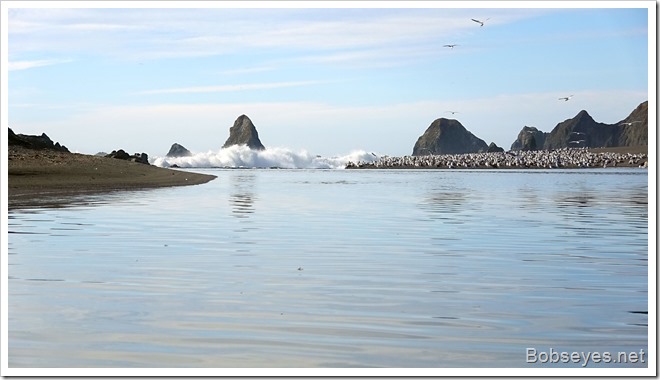 A bit closer shot of the open mouth. 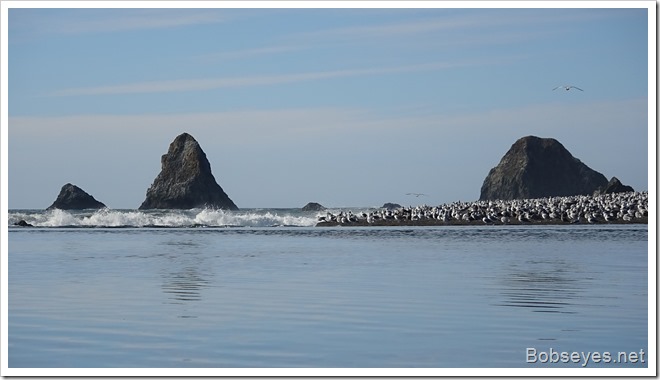 Paddling back up the river

I  hung around the mouth area for about an hour watching things before turning back up the river paddling along the side of Penny Island. You can see the wind is down. 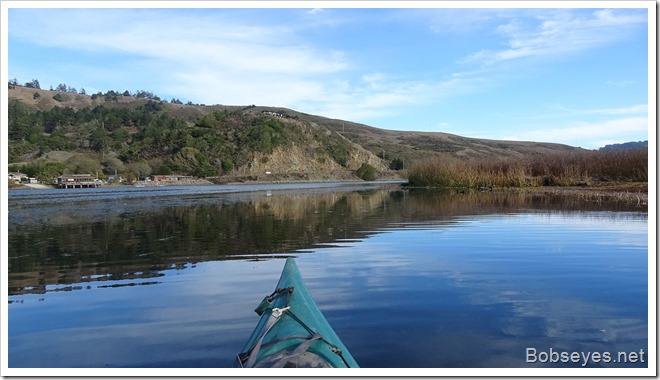 I paddled into this little channel on the upper end of Penny Island and sat for awhile. 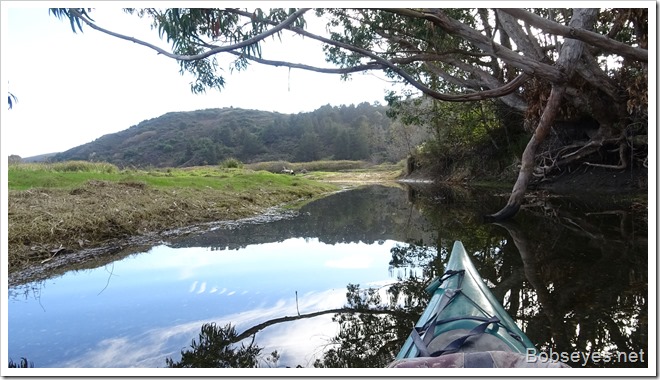 Eventually I headed on in for the day and went on home for a nap and that was pretty much it for me today.

2 Responses to Sun’s Out, Wind’s Down with Lots of Birds In the Estuary