I figured there’d be a bunch more people on the river with the holiday, but the weather looked so good I decided to go kayaking anyway.

I drove off towards Jenner around noon today. There were a  bunch of people down there alright, but once on the water most of them disappear.

I headed up river and hung out in this spot by Paddy’s rock, the rock on the left. 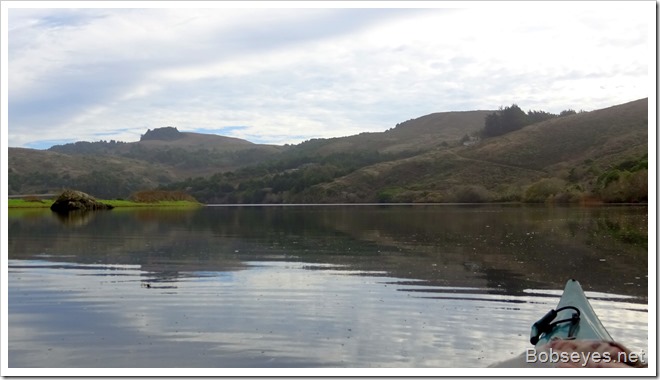 I was sitting in my boat by these bushes when I heard some grunting which I knew to be river otters. They were headed my way so I moved out into the river a bit so I could watch them go by in the bushes as they fed along the side. The otters are in the bushes here, coming my way. 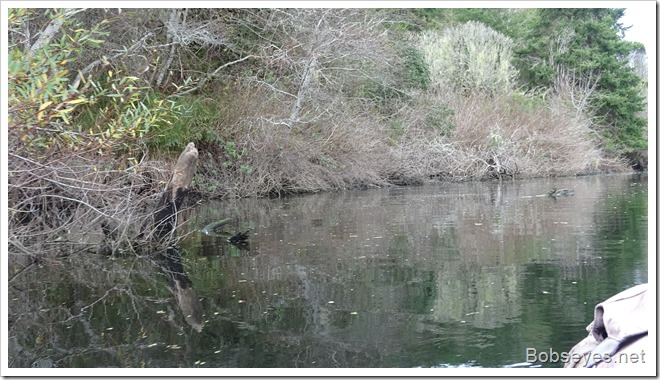 I pushed in close and caught a couple of them. 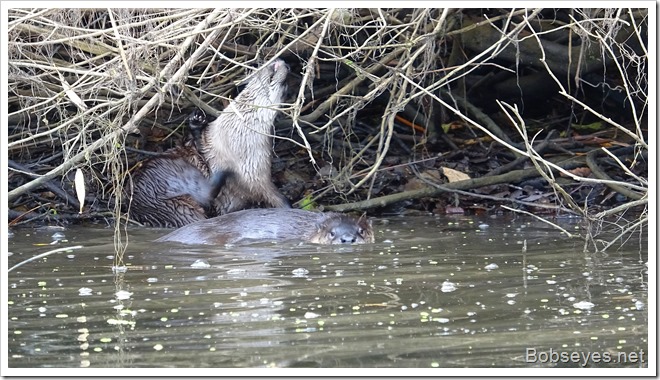 This one sure had some itches, reminded me of me scratching away. 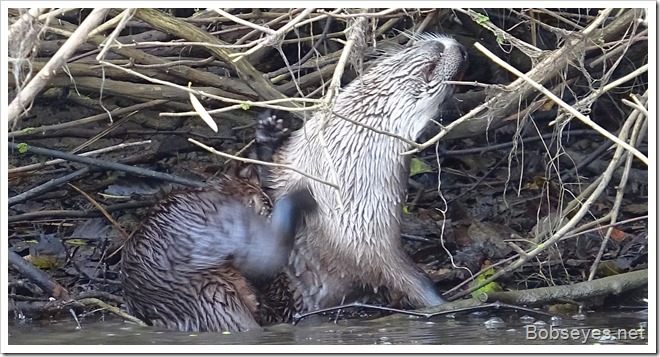 The otters moved into the brush and went up on land and napped so I moved on back down the river past this spot called Eagle’s Landing. No eagles here today. 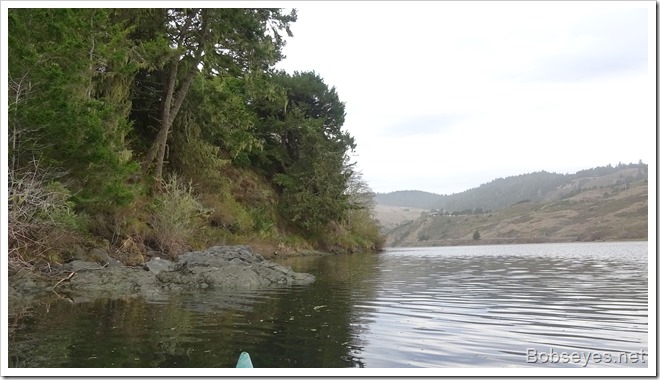 Another chance on life

I saw this little ripple up ahead which I knew to be from a honey bee, so I approached it and used my paddle to deposit it on the front of my boat. I forgot it as I went on my way. I presume it dried off and flew away. All I can say is I gave it another chance on life. 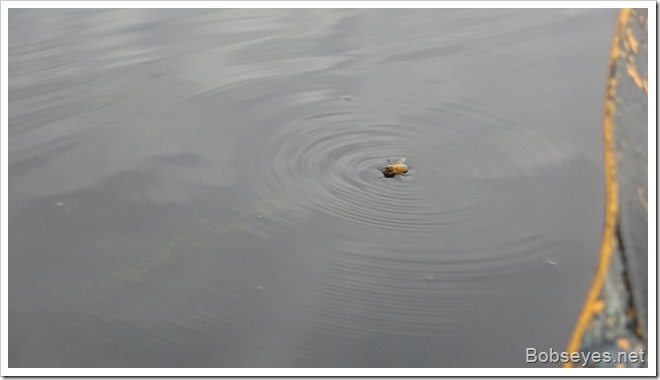 I headed over to Penny Island where I sat for a bit, by the big trees up ahead. 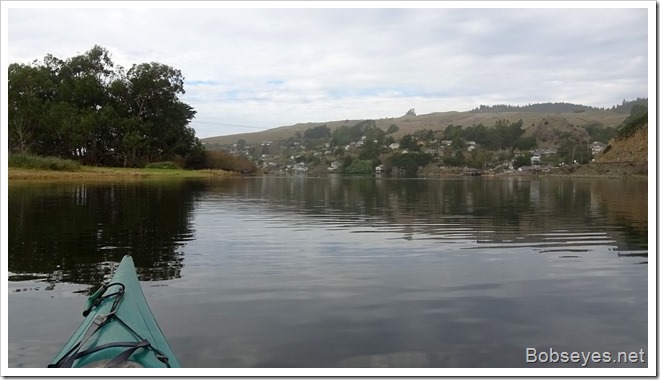 I went by this cormorant sunning. 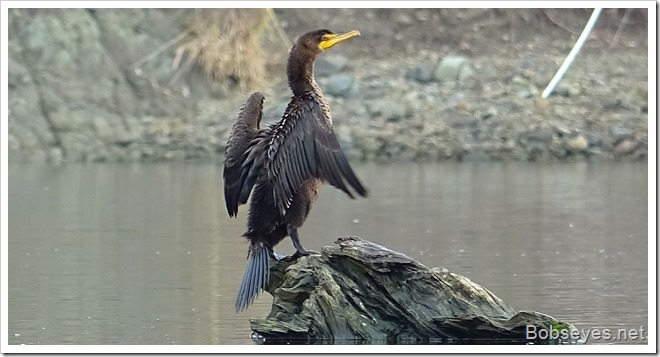 And this flock of coots were diving and feeding on dead vegetation underwater. 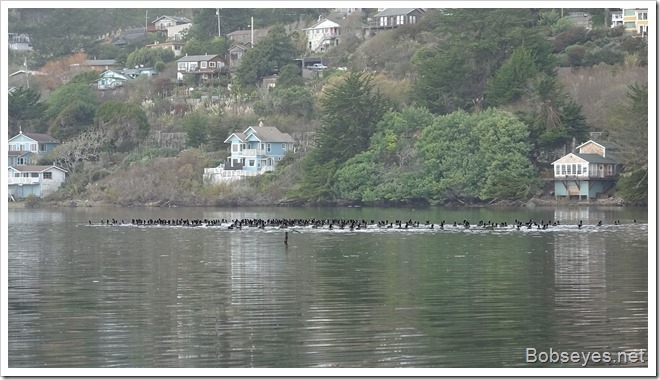 I paddled down along the side of Penny Island to this spot where I stopped and watched. I could see the open mouth from here. 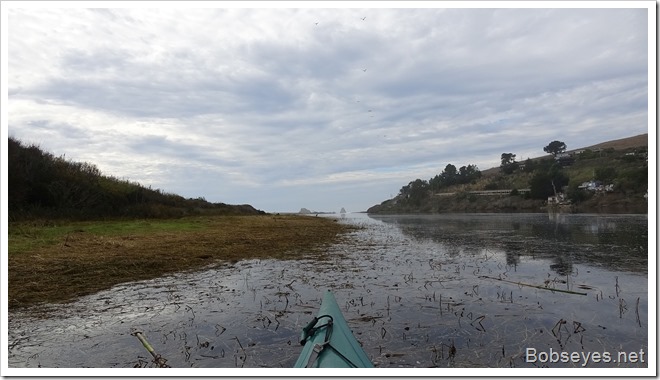 Here a zoom down to the open river’s mouth into the ocean. Whether the mouth is open or closed is something the fishermen always want to know as when it’s open more big fish can get into the river to spawn which means more fish to possibly catch. 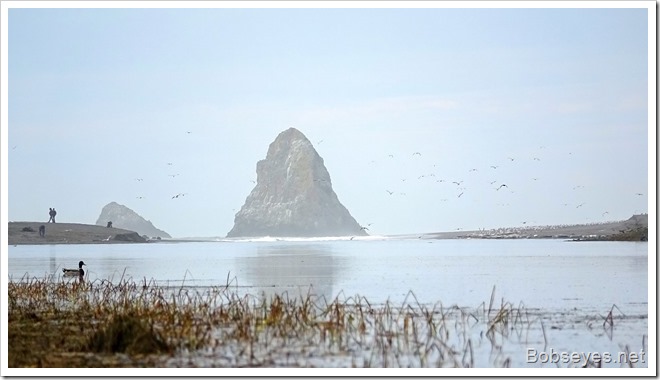 It was late in the day so the sun was headed down as I headed for the boat ramp. 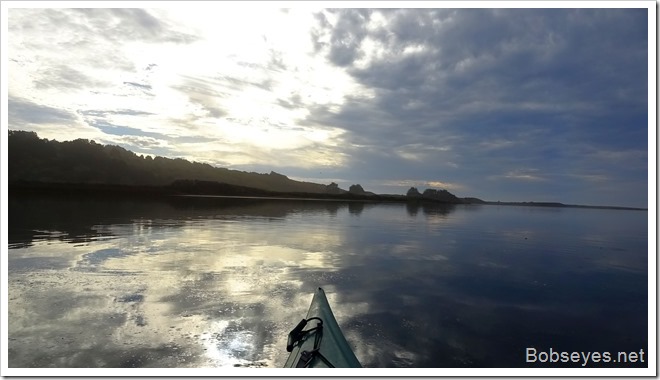 I headed on home stopping in Monte Rio to see what the fishermen were up to.

Here’s the Monte Rio boat ramp with some fishermen getting their boats out of the water. 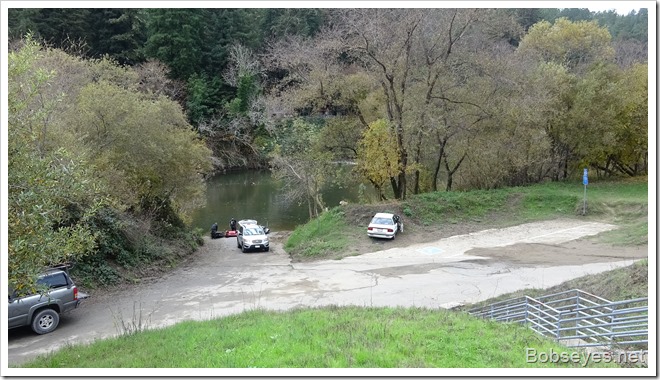 Here’s a couple fishermen that fished down from Guerneville today. It sounds like fishing is a bit on the slow side right now. 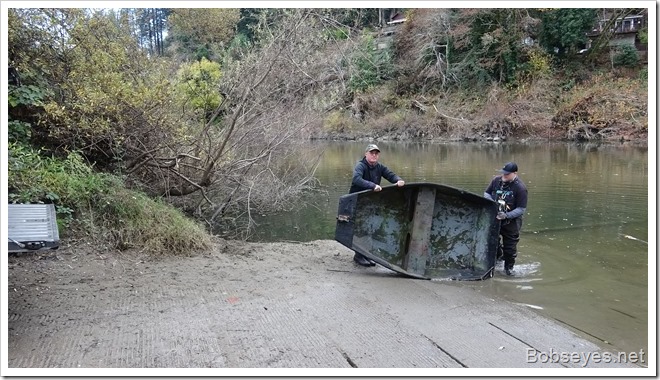 Sun’s behind the mountains

I shoot the bull with the fishermen for a bit then headed on home where the sun was already behind the mountains so it was a bit cool out.

I puttered around the yard a bit and put my van under the car port to set it up for some work this weekend.